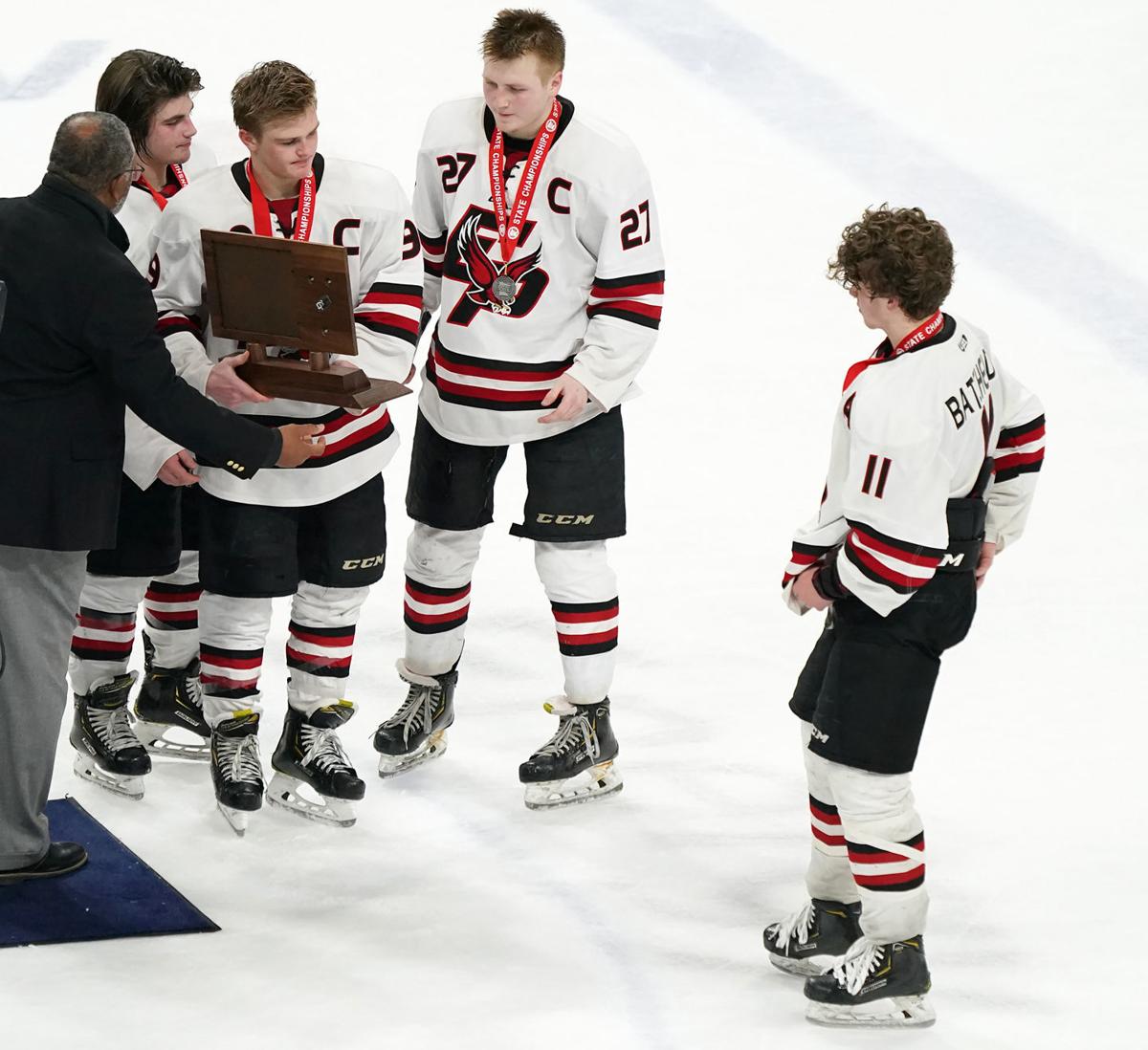 Ben Steeves misses on this scoring chance during Saturday’s 4-1 loss to Hill Murray. Steeves’ third-period goal had pulled the Eagles to within 3-1.

Ben Steeves misses on this scoring chance during Saturday’s 4-1 loss to Hill Murray. Steeves’ third-period goal had pulled the Eagles to within 3-1.

Before the season started, the Eden Prairie High School boys hockey team had circled Saturday, March 7, on its calendar.

That’s the day of the Class AA state championship game, and Eden Prairie had a date, it hoped.

Two weeks ago, the Eagles inched closer to Saturday with a section-winning victory over Chaska.

Hill Murray would sit on the other side of the table. The Pioneers’ championship-game invitation had come with a hard-fought 3-2 overtime victory over conference rival St. Thomas Academy.

The Eagles’ buzz was a hum, ho-hum

Hill Murray scored first, making good on its only power play opportunity of the game. The goal came at the 9:38 mark of the first period.

Hill Murray made it 2-0 four minutes into the second period.

“We were fighting it all game,” said Eden Prairie assistant coach Paul Ranheim. “It was a confidence thing, and we never got it going.”

“They’ve got a really goalie,” said Smith. “The guys know that.”

With a little over one minute left in the second period, Hill Murray’s Charlie Stroble took the puck from just inside the blue line to behind the Eden Prairie net. He’d finish with a wraparound.

The goal extended the Pioneers’ lead to 3-0.

“That goal was the dagger,” said Smith.

Steeves put the Eagles on the scoreboard with his fourth goal of the tournament six minutes into the third period.

Hill Murray scored its fourth goal of the game at the 10:59 mark of third period.

“That pretty much ended it,” said Smith.

Eden Prairie pulled its goalie with four minutes remaining, but neither team scored the rest of the way.

Eden Prairie finished its season with a 24-6-1 record. It won a Lake Conference title, it won a section championship and finished runner-up at the state tournament.

“We accomplished a lot and have a lot to be proud of,” said Smith.

“Sad end to a great season,” said the coach.