Kelly Cargill of Long Lake takes to the punching bag at WinAtLife Knock Out Parkinson’s class. 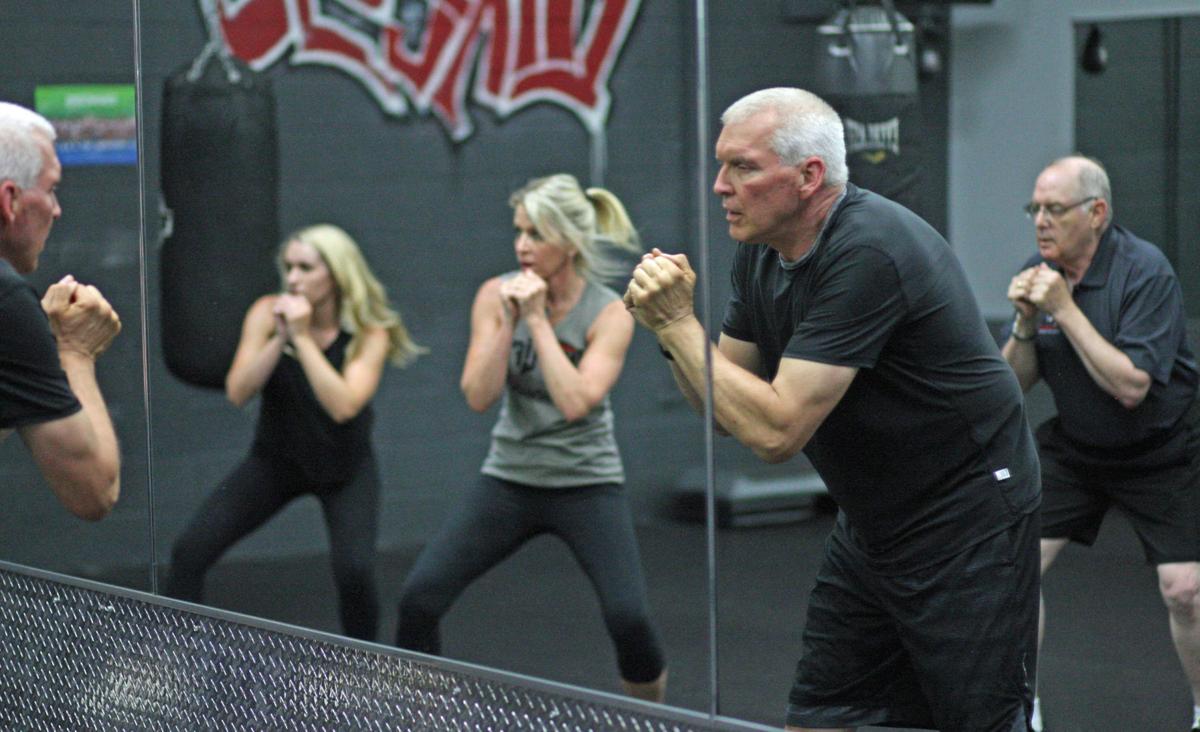 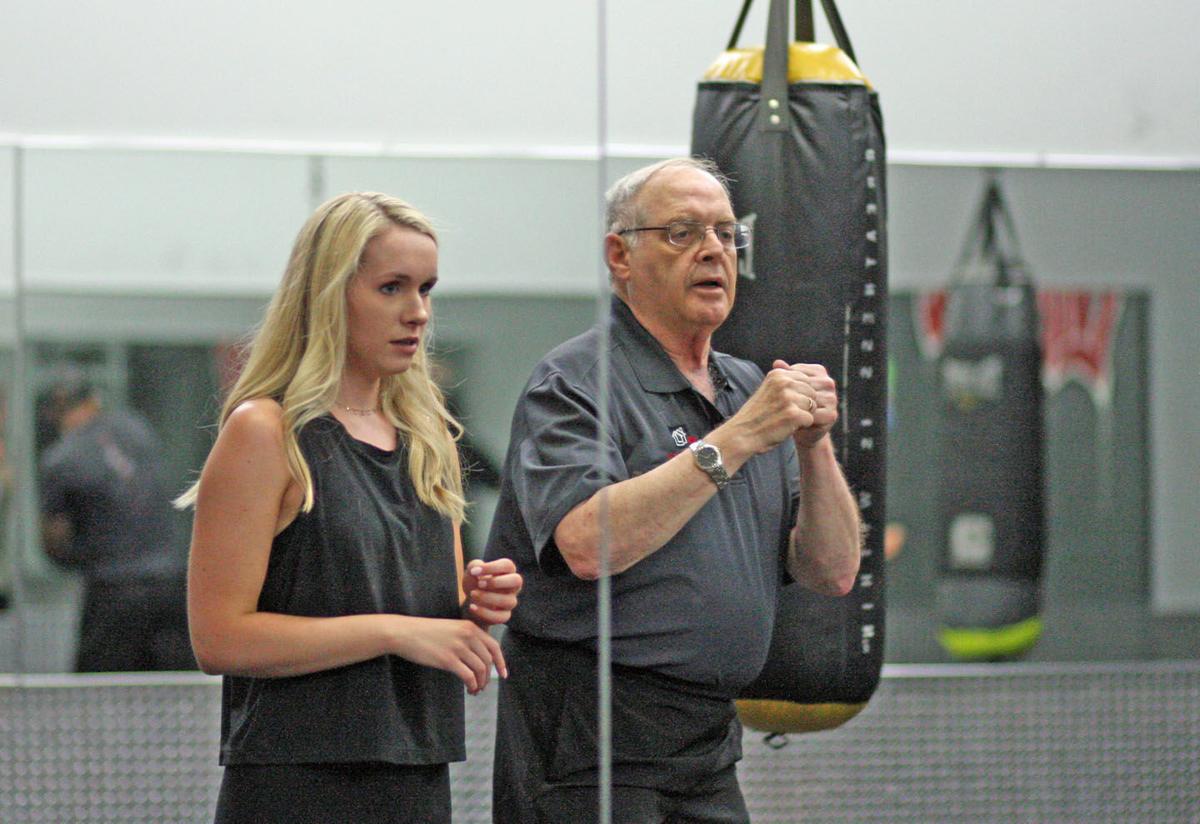 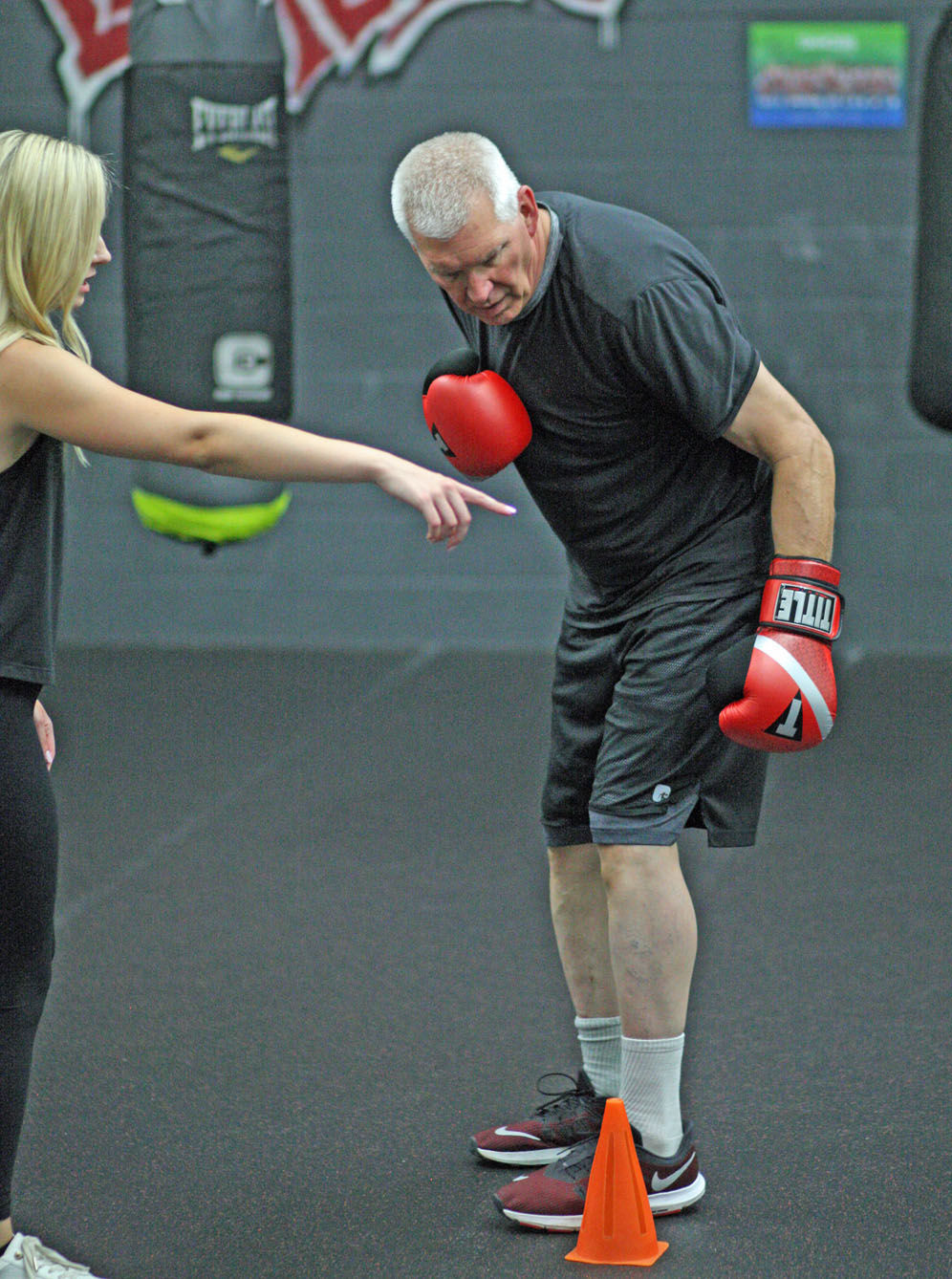 Kelly Cargill of Long Lake takes to the punching bag at WinAtLife Knock Out Parkinson’s class.

Mike Justak, of Plymouth, chased a local Parkinson's boxing class like a fighter chases a dream.

“I found one,” said Justak, “but the guy kept moving his gym.”

The decision to hold such a class in Eden Prairie was unanimous.

He visited the Struthers Parkinson's Center and talked with their nurses.

He also talked with the fighters, the people battling the disease.

Hall's initial take was simple: “It looks like a muscular disease, but it's brain related,” he said. “It's a disconnect.”

He then looked into other Parkinson's boxing classes, including Rock Steady Boxing of Indianapolis, the first gym in the country dedicated to the fight against Parkinson's.

“My boxing gym teaches technique and form,” he said. “It's real boxing skills, whether you want a fight or not.

Note: The hissing sound you hear when watching a boxing match is the boxer breathing — striking power increases by breathing out on the hit.

“Balance is everything in boxing,” said Hall. “It's why boxers never cross their feet.”

“Class starts with a warm-up,” said Hall. “We shadow box and jump rope before we do our work out. We work on boxing technique, movement and balance. We stretch and do abs work.

“Class ends with what I call KOP (Knock Out Parkinson's),” he said. “We get on the bag and give it our all.”

There is no such thing as a typical participant.

“Parkinson's effects people differently,” said Hall. “We have clients in their 50s, 60s and 70s.”

Me, myself and I

Justak, who runs the Mike Justak Foundation for Parkinson's Disease, was diagnosed at age 46.

Justak equates class to a boxer with a good combination.

“The class combines movement, stretching, balance, mental and cardio,” he said. “Changing between activities switches things up in my brain.

“The sparring, or mitts, is exhilarating,” he added. “Fighting Parkinson's is all about moving. The more I move, the better I feel.”

Cargill, of Long Lake, said some of the same things.

“It's about moving,” she said. “It's why ping-pong and ballroom dancing are popular with people with Parkinson's.”

“My aunt thought I was hitting other people,” she laughed, “but when friends say boxing is not their thing, I''ll always tell them to give it a try.”

For Cargill, having a class on the western side of cities is the deal.

“It has to be convenient,” she said. “I'm not going downtown.”

Cary Shaich lives in Plymouth and works in Eden Prairie.

“By coincidence, Mike and I are neighbors,” said Shaich, of his path to boxing. “I was just diagnosed. I would do normal workouts like lifting or running on a treadmill, but that was boring. This (boxing) is fun.

“You can do it any level,” he added. “If you sit in chair, you can take the class from a chair. It doesn't matter what the age. I'm 76 and probably the oldest one here.”

“I like it because it makes me think,” he said. “It's like dessert after a big dinner. It's good energy and it's invigorating.”

“Fighting Parkinson's is all about moving. The more I move, the better I feel.”

Last year was going to be the final PD Shimmers light show, until a neighbor saved it