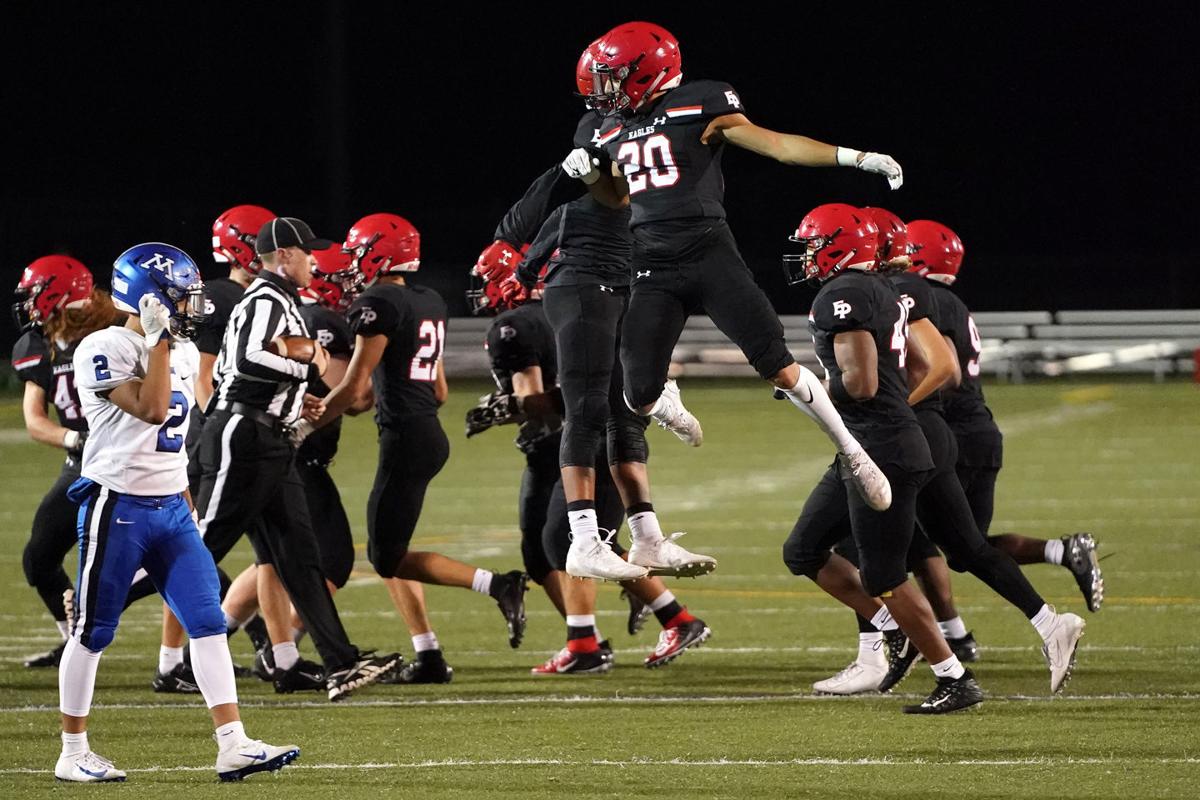 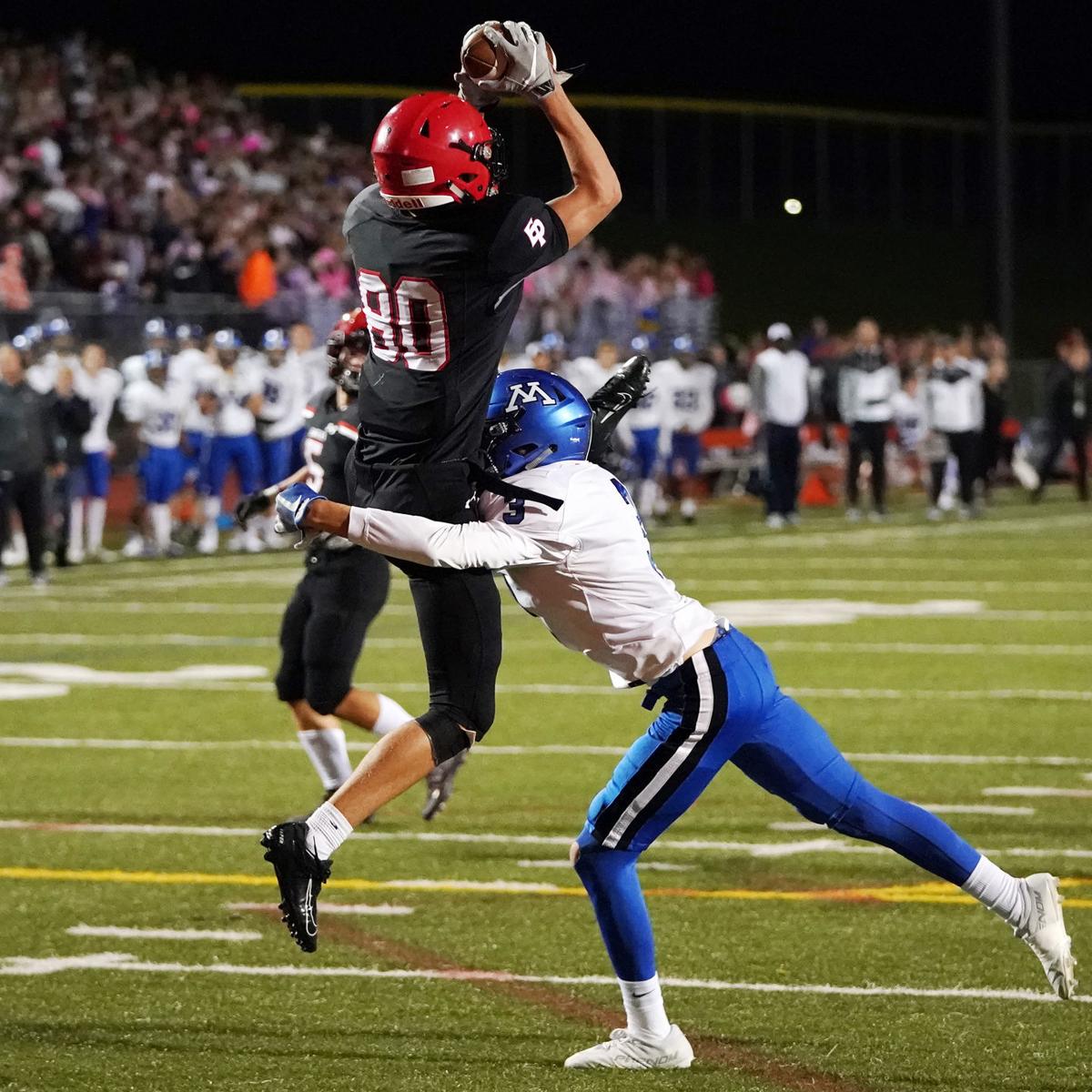 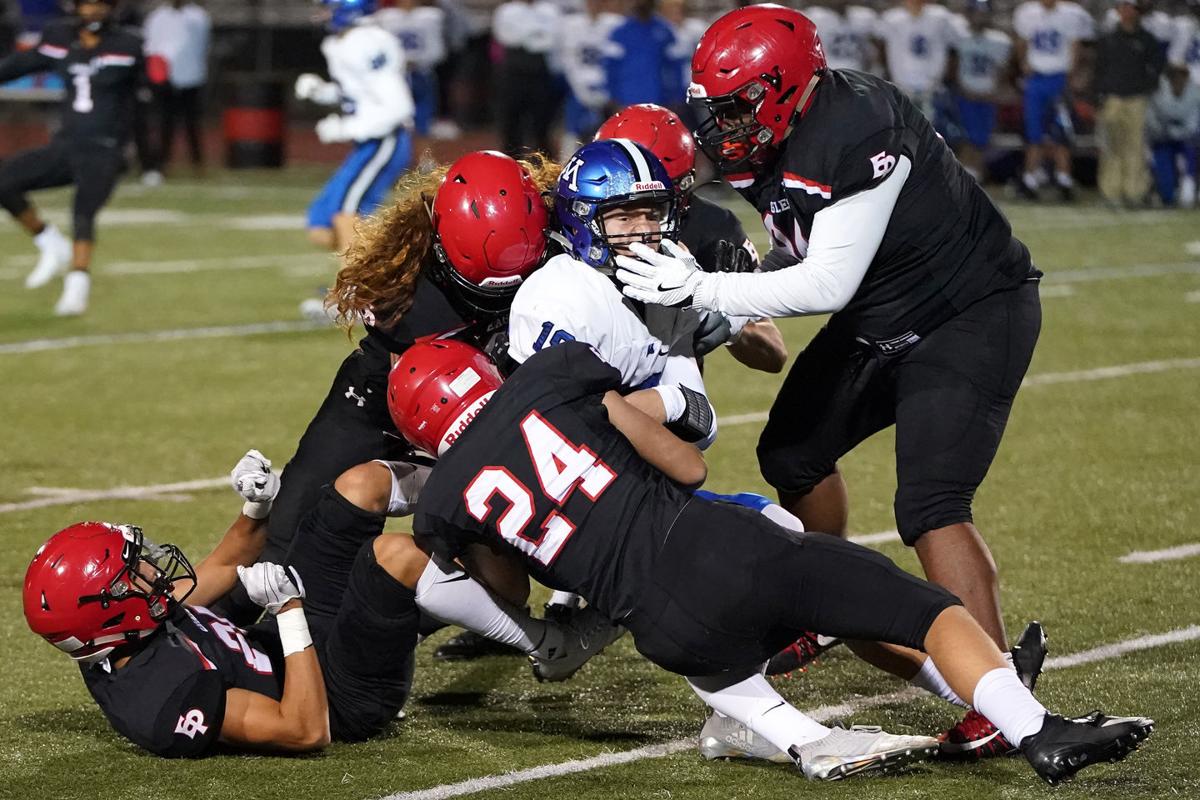 While Eden Prairie’s 19-0 win over Minnetonka on Friday wasn’t always pretty, it was pretty good.

The Eagles’ defense, after all, limited the Skippers to just 92 yards of total offense.

To be fair, the Skippers were without starting quarterback Luke Tollefson, who suffered a season-ending injury in last week’s loss to Saint Michael-Albertville.

In the first half, Eden Prairie got in its own way.

On one drive, Eden Prairie fumbled twice. They recovered the first one, but lost a second fumble inside the Minnetonka 10-yard line.

On another drive, Eden Prairie was called for a motion penalty inside the Minnetonka 5-yard line. The drive ended with a 17-yard Connor Reynolds field goal.

The first half would end the same way, with Eden Prairie leading 3-0.

Eden Prairie opened the second half by driving the length of the field. It capped its drive with a 19-yard touchdown toss from David Warren-Mitchell to Cade Kramer (Kramer made a leaping catch on a perfectly thrown ball at the goal line).

The Eagles missed the extra point.

Early in the fourth quarter, Eden Prairie turned the ball over on downs when it failed to convert on fourth-and-goal from the Minnetonka 6-yard line (the Eagles’ fourth-down play resulted in a 7-yard loss).

Minnetonka, however, would squander its good fortune. On the first play after their big defensive stop, Eden Prairie’s Israel Mondragon intercepted an overthrown pass at the Minnetonka 34-yard line.

Eden Prairie would turn the turnover into three points as Reynolds connected on what might be the longest field goal in team history, 47 yards.

When asked about the strategy of attempting a 47-yard field goal in a 9-0 game, Grant talked of how high school rules differ from professional rules.

Eden Prairie counted its final points of the game when Fred Zach scored on a 1-yard run.

Note: The touchdown was Zach’s sixth of the season.

Kramer had the Eagles’ biggest day, catching four passes for 71 yards and one score.

The victory lifted Eden Prairie’s overall record to 3-0. The loss dropped Minnetonka to 0-3.

Eden Prairie returns to action next Friday when it plays Shakopee at the Minnesota’s Vikings’ Twin Cities Orthopedics Performance Center Stadium in Eagan. Presale tickets will be available for purchase at Eden Prairie High School, details to come.