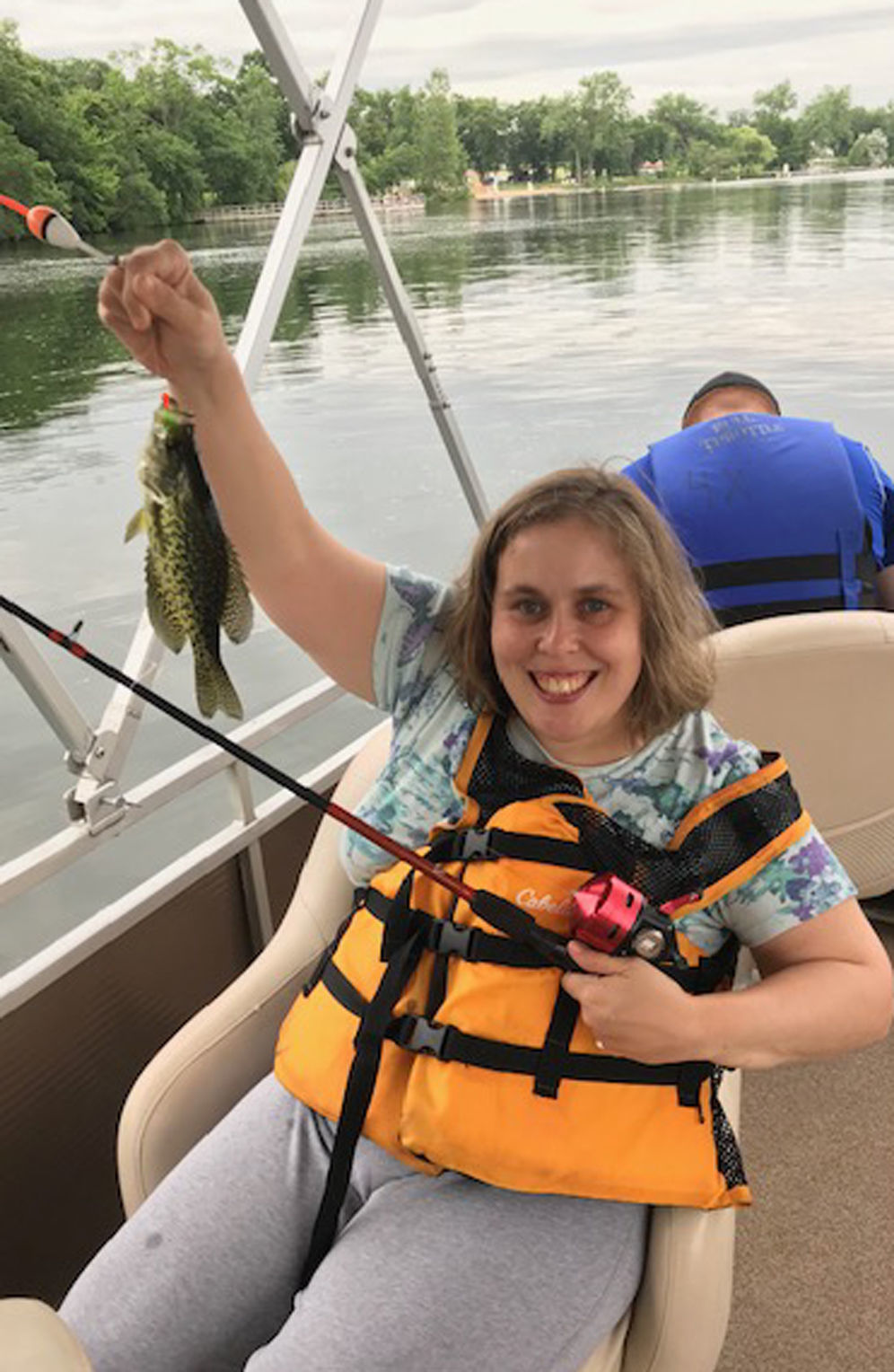 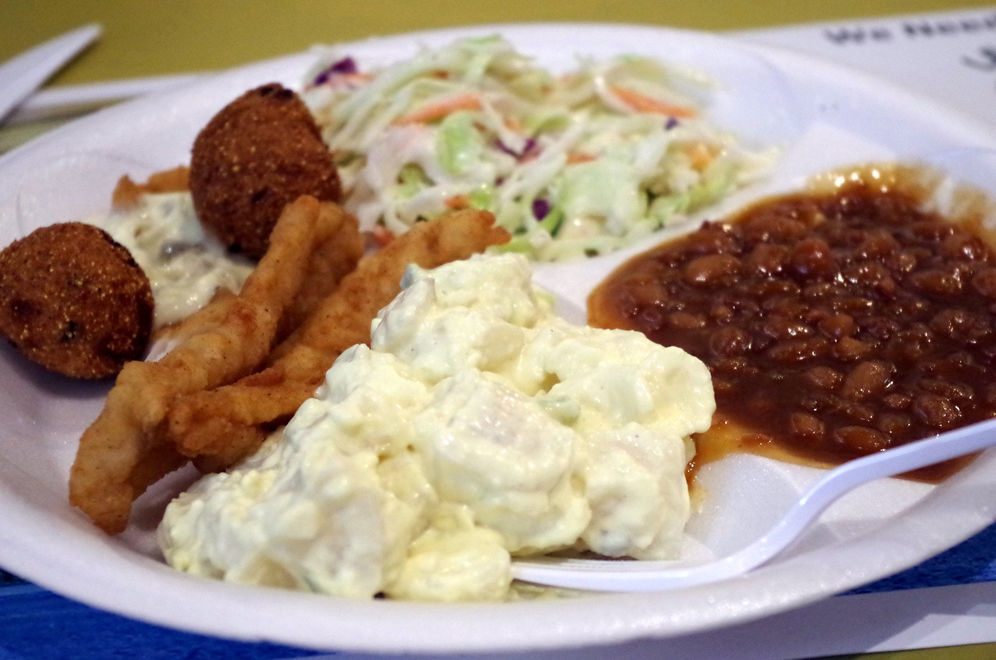 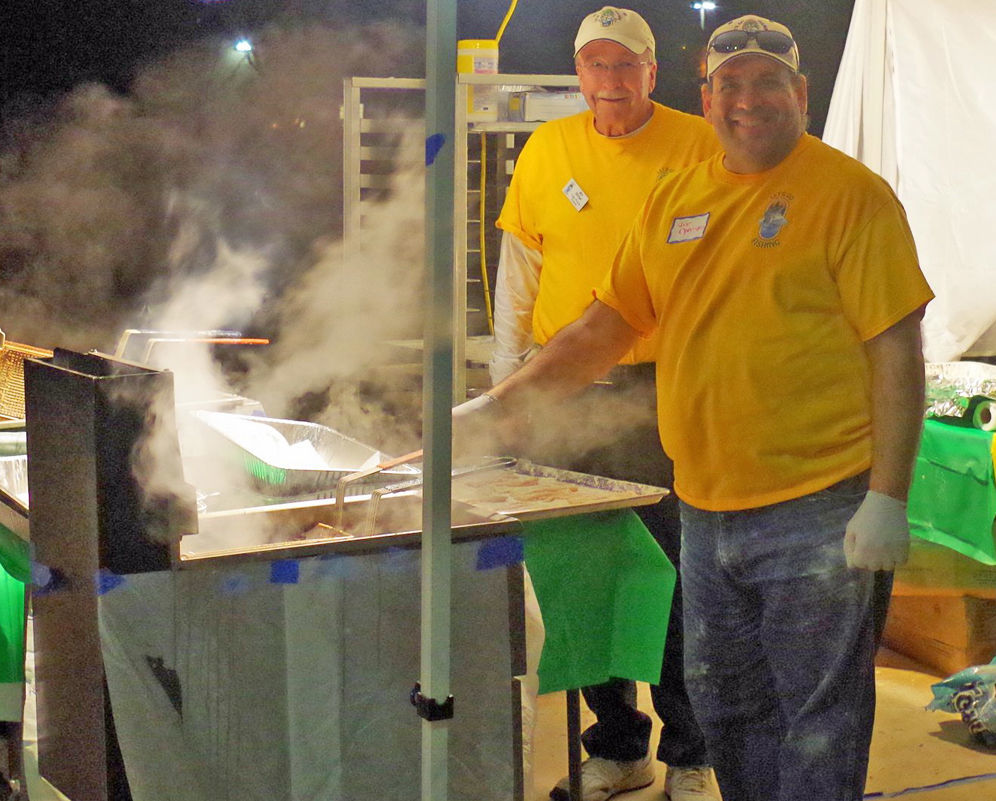 Needless to say, the fishing/catching was easy.

There’s even an easier way to net your fish, and eat it too.

Everyone was hooked on a good cause, or the fish.

The Eden Prairie Area Chapter of Let’s Go Fishing, one of 30 such chapters in Minnesota, got its start at the end of the 2012 season. Its vision is based on the notion that lives can be changed by experiencing the joy and freedom of being out on the water to fish or just enjoy the beauty of a Minnesota lake.

Patrons include seniors, veterans, people with disabilities and youth. Their families are also welcome.

“One of my favorite trips included a hospice patient,” said Chapter President Steve Wilson. “He had a chance to fish with his son, who lives Ithaca, New York, and his grandson.

“The son said that the excitement of going fishing made his dad feel better,” added Wilson. “It still brings a tear to my eye.”

Sunfish are the most popular catch, with crappies coming in a close second. Bass, northern pike and walleyes have also been fooled, as has the occasional carp and bullhead.

Last year’s most memorable catch was sunfish that turned into a 5-pound largemouth bass.

“One of our guests was reeling in a sunfish when a big bass grabbed the sunny and swallowed it, hook and all,” said Wilson. “We cut the line and released the fish.”

“While it’s catch-and-release,” said Wilson, “every once and awhile someone wants to bring a few fish home.”

And no, Let’s Go Fishing volunteers won’t clean them.

Funds raised from Saturday’s event will go toward the purchase of a second pontoon lift. The group has two pontoons and one lift.

“Having a lift is a big deal,” said Wilson. “Not only does it keep our pontoon safer during storms, but it keeps it a lot cleaner.”

The chapter paid for a second pontoon last year. It was needed because of demand, youth-group demand in particular.

“There are lots of kids who want to learn how to fish, but don’t have the opportunity at home,” said Wilson. “For some kids, their parents don’t know how to fish. For the others, they don’t have lake access or equipment.”

“I thank the Lord for the opportunity to do this,” said Wilson.

To request a trip, volunteer, or support with a donation, go to lgfedenprairie.com. Trip requests will be accepted soon.