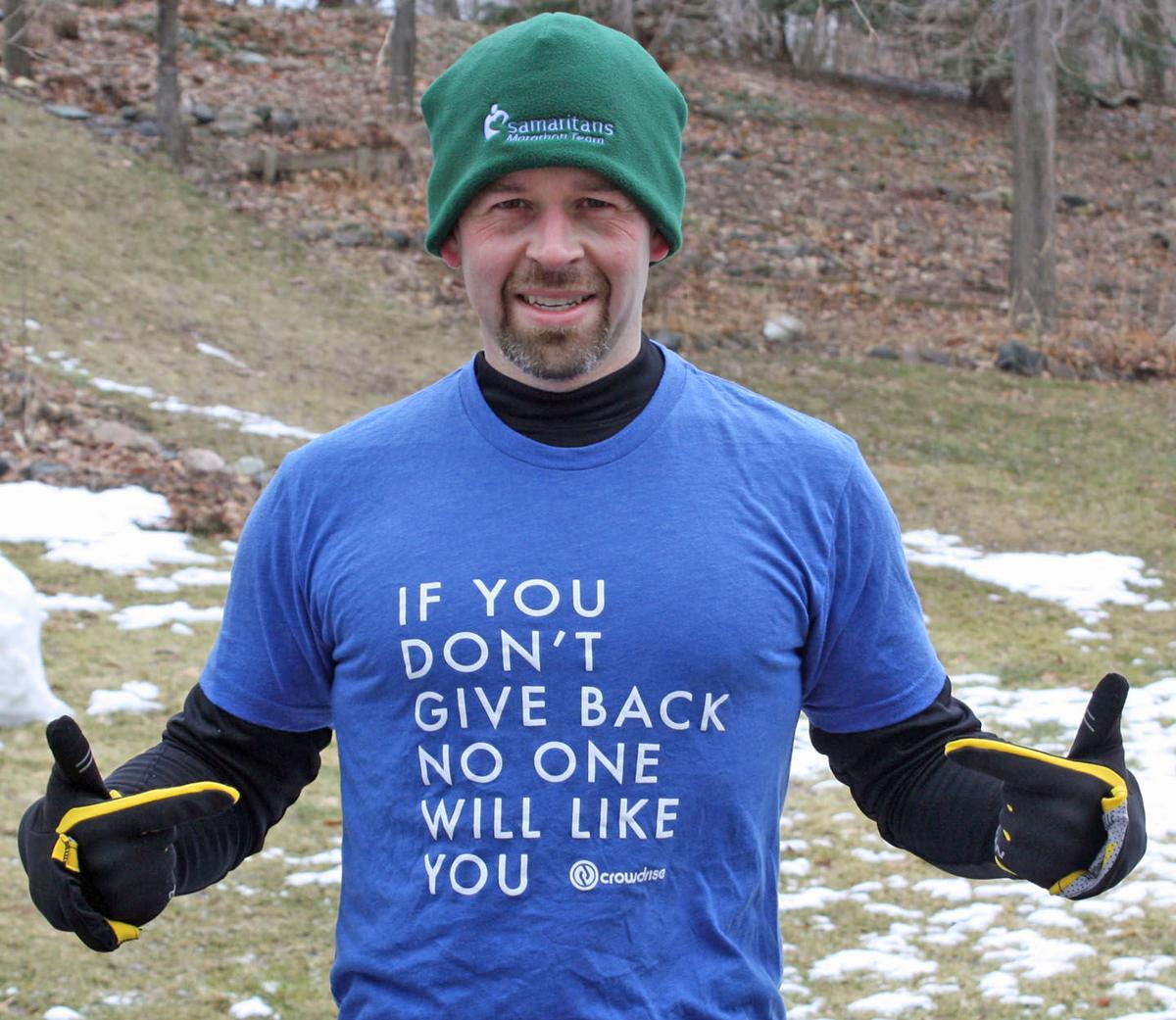 Eden Prairie’s Dave Thompson sports the T-shirt he was given when he hit his first CrowdRise fundraising goal. Thompson is focused on raising awareness towards suicide prevention. 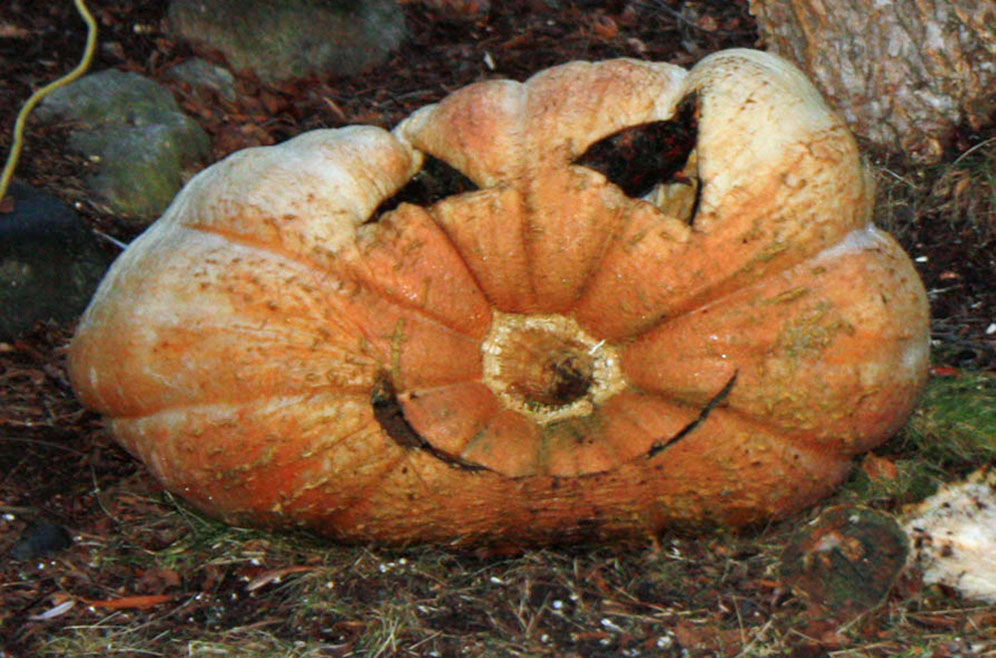 “No matter how bad that pumpkin must have been feeling, that darn smile wouldn’t go away,” blogs Thompson. “And I thought of the struggles that are hidden every day by so many people.”

Eden Prairie’s Dave Thompson sports the T-shirt he was given when he hit his first CrowdRise fundraising goal. Thompson is focused on raising awareness towards suicide prevention.

“No matter how bad that pumpkin must have been feeling, that darn smile wouldn’t go away,” blogs Thompson. “And I thought of the struggles that are hidden every day by so many people.”

If Eden Prairie’s Dave Thompson thought about his sister on every step of the 500 miles he’s put in to train for the 120th running of the Boston Marathon, he would have roughly 1,000,000 thoughts.

If you ask Thompson, he’d say that’s about right.

You see, Thompson lost his only sister to suicide four years ago. She left a husband and two small children. She was only 37 years old.

“We didn’t see it coming, but hindsight is a slippery slope.” said Thompson. “My sister was an amazing person that lived with Crohn’s Disease, and kept her daily battles with depression and anxiety masked from so many of us. I would do anything to get her back. But I can’t.”

After running his first marathon a year ago, he heard about the Samaritans, a suicide prevention organization that serves the Greater Boston Area (Thompson spent parts of his childhood in the New England area). For the last nine years, they’ve received bib numbers for their marathon team. The donation, made by John Hancock, the Boston Marathon’s principle sponsor, was made to help the Samaritans generate awareness about the issue of suicide, educate the public about suicide prevention and raise much-needed funds.

“I am running and raising funds to save lives,” said Thompson. “I’m running to create awareness to suicide. I’m running to fight stigma and the labeling associated with suicide and mental illness. I’m running because you matter.”

For Thompson, the act of running is cathartic.

The marathon, including 500 miles of training, is purposeful.

Thompson’s base is northwestern Eden Prairie.

As part of the process, the runner pledged to run all his training miles outdoors, meaning he’s run in rain, snow and bitter cold.

“Before a cold run, I put everything I was going to wear on the floor,” he said. “Laundry alone is a challenge.”

Couldn’t he mix in a treadmill?

“Running in a Minnesota winter makes me aware of the daily struggles that so many people face,” he said.

“The goal isn’t about beating this,” he adds; “it’s getting people to a better spot.”

As he said this, he talks about the importance of treating mental illness as a disease.

“Just like heart disease,” he said, “it makes a physical change to your body.”

Donations have come from the usual suspects, as well as complete strangers.

“I met a guy running,” said Thompson. “We didn’t even talk about the marathon, but he must have seen my shirt. He went home, went online and then sent a check.”

When the discussion circles back to the marathon, Thompson talks about his goal for the race.

“The goal for most runners is to minimize their marathons,” he laughs. “I want mine to last.”

Thompson’s journey, including his weekly blog, can be found on his dreamydream.com website. Information on the Samaritans can be found at samaritanshope.org.

The 2016 Boston Marathon is scheduled for April 18, Patriot’s Day.