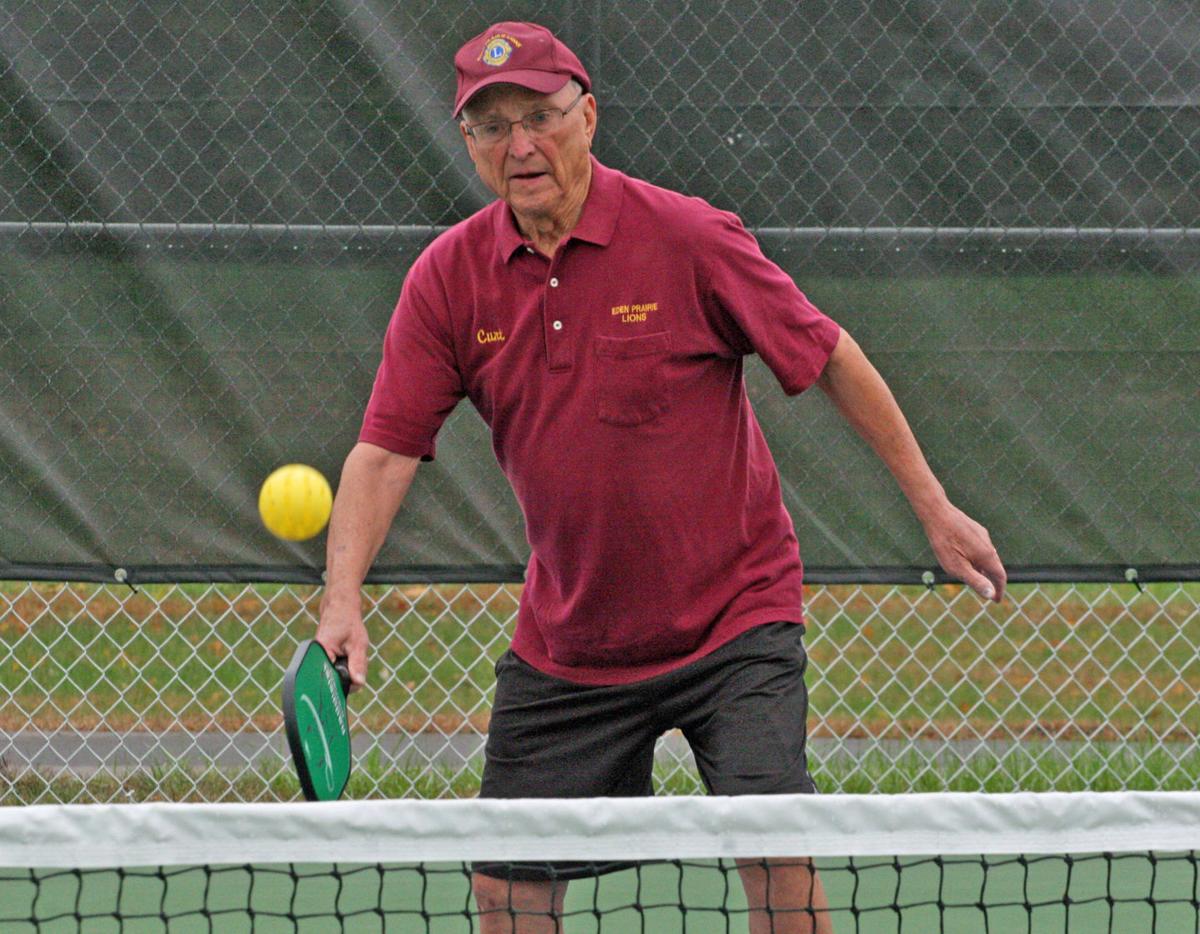 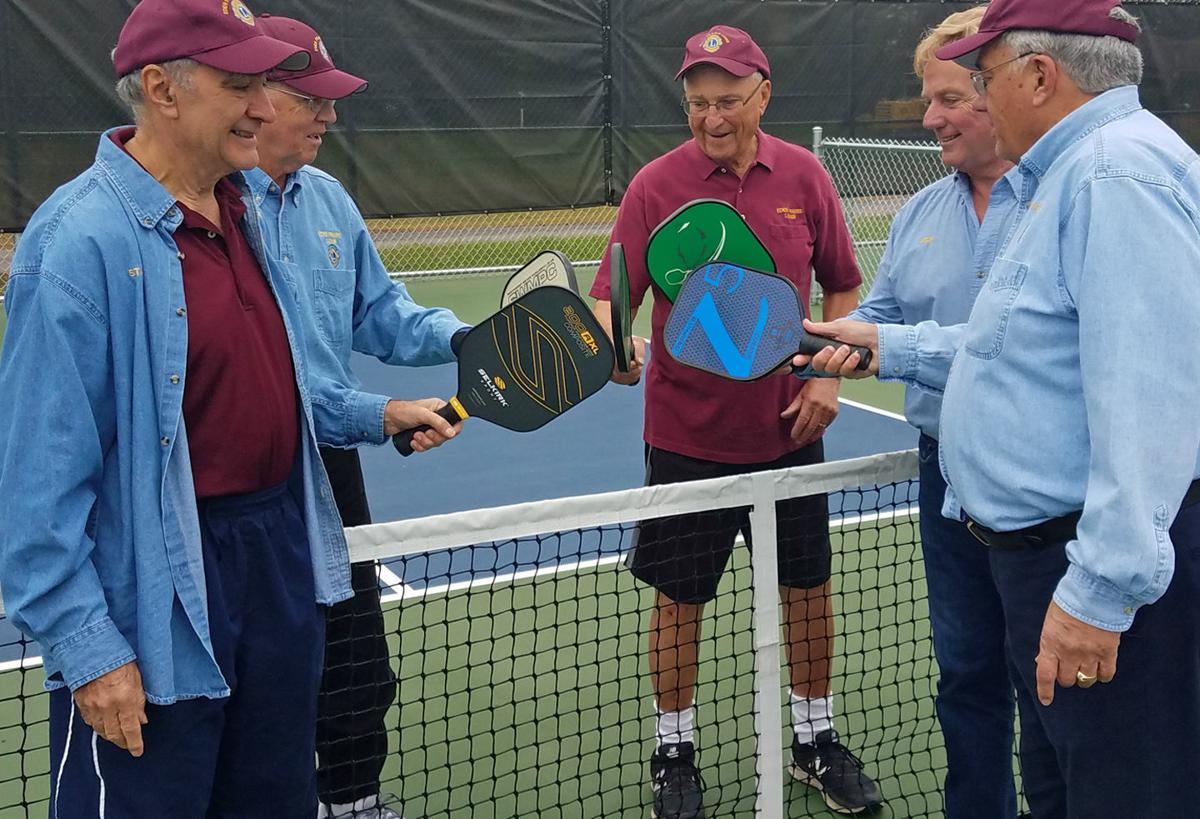 Is it not news when a former teacher plays pickleball with two of his former students?

How about if said teacher is playing on an artificial knee?

“Eden Prairie’s first football team was in 1957,” said Curt Connaughty, who started teaching and coaching at Eden Prairie High School in 1955. “We started track in 1958.”

“It wasn’t around back then,” he said with a laugh. “The first time I saw anyone play was at Schooner Days two years ago.”

Pickleball is said to have originated on Bainbridge Island, a 30-minute ferry ride from Seattle, in 1965. No one knows when it made its way to Eden Prairie.

His partner was Curt Goke, a member of both the Eden Prairie Lions and Southwest Pickleball clubs.

On the other side of the net were Curt Conrad and Terry Eggan, Connaughty’s former students, and fellow Lions.

When Conrad smacked a volley down the middle of the court, he raised his arms in jubilation.

When Eggan ripped a ball that kissed the sideline, he smiled.

Goke wasn’t so much playing as he was teaching.

He’d serve the ball and play would begin.

Like his students, Connaughty was a natural. He wouldn’t cover the court like a cat, but he’d almost always make contact and almost always get the ball back over the net.

And always, he’d accompany a return with a smile.

“I know they’re out there, because I see their names and ages at tournaments,” he added, “but this is great.”

Goke then talked about the players he saw using the courts the weekend prior.

Connaughty had the youngest player by 76 years.

“That’s what’s great about pickleball,” said Goke, “anyone can play.”

Eden Prairie Lion Stan Mustanski heard all this before offering up his own analogy.

“Dogs are territorial, marking spots and keeping other dogs away, where pickleball is open and inviting,” he said.

His friends looked at him funny.

“You might want to leave that out of the article,” said Conrad.

The Staring Lake courts opened for play in August. In September, in conjunction with donating partners like the Southwest Metro Pickleball Club and Eden Prairie Lions Club, the city of Eden Prairie held a grand opening celebration.

“You know what’s best about these courts?” asked Goke. “It’s this wide gathering space down the middle. It’s a place to meet, sit and talk. The other courts don’t have anything like it, at least not around here.”

The four Eden Prairie Lions Clubs friends set, talked and then made plans to play again.