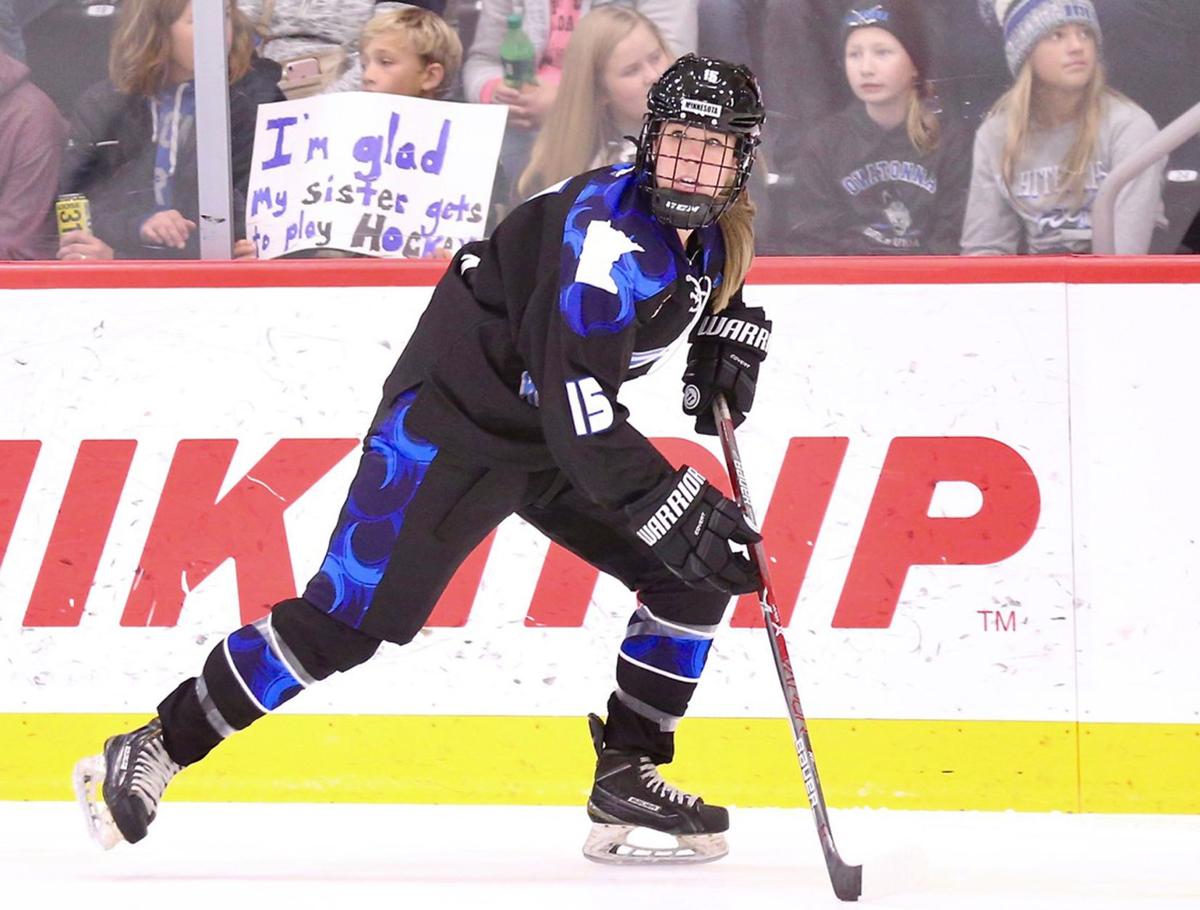 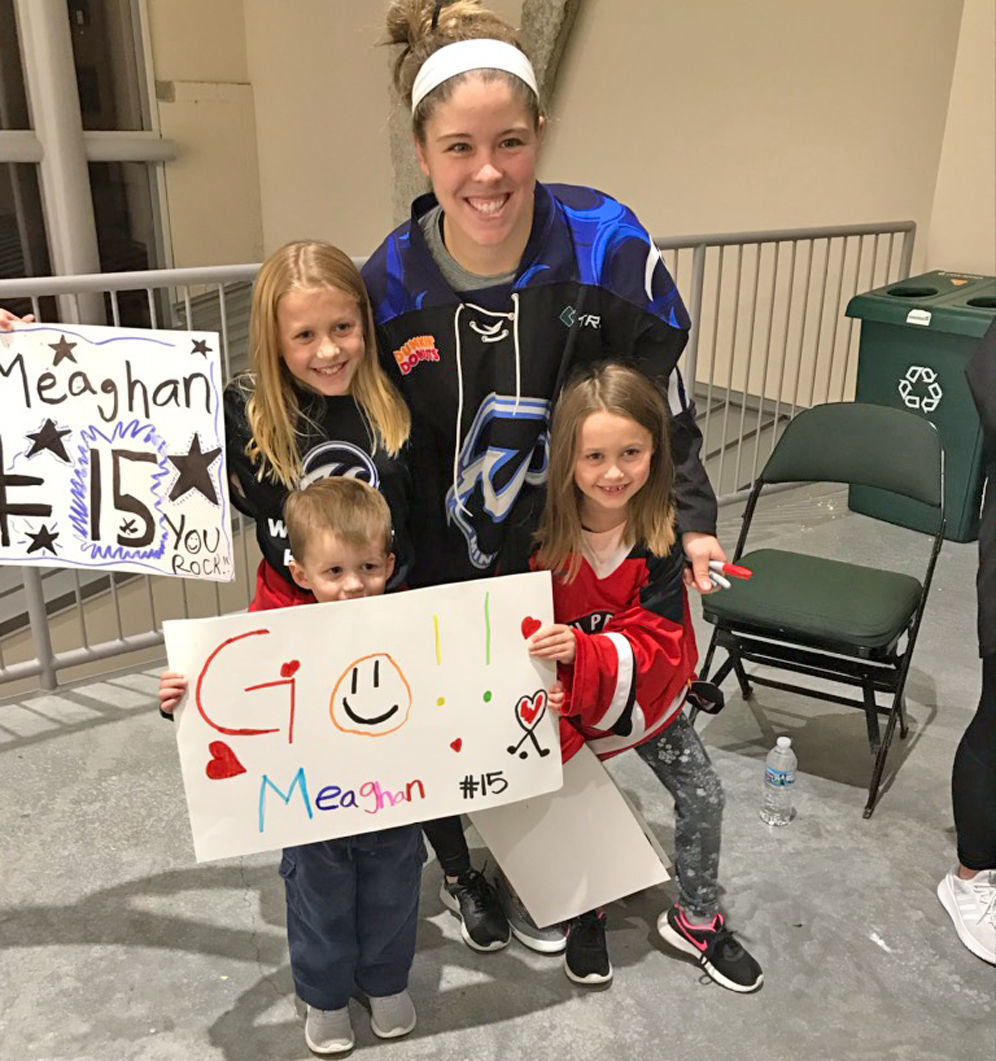 Meaghan Pezon, as well as women’s professional hockey, has many young fans.

Meaghan Pezon started playing for the Whitecaps during the 2010-11 season.

Meaghan Pezon, as well as women’s professional hockey, has many young fans.

Meaghan Pezon started playing for the Whitecaps during the 2010-11 season.

As an encore, Pezon would play four years of college hockey at St. Cloud State.

And Pezon’s hockey career fades into the sunset?

“I’ve played for the Minnesota Whitecaps since the 2010-11 season,” said Pezon. “When I started, they were part of the Western Women’s Hockey League.”

At the end of the 2010-11 season, however, the WWHL disbanded, leaving the Whitecaps to play an independent schedule.

“We played a lot of college teams,” said Pezon. “One year, the only team we played was Shattuck (Shattuck-St. Mary’s School is an Episcopal-affiliated boarding school in Faribault. Its Hockey Center of Excellence teams play seven-month schedules and compete in both the United States and Canada).

This is what is called foreshadowing.

In May of 2018, the NWHL announced that it had acquired the Whitecaps, and that they would join the league for the 2018-19 season. Currently, the five-team league has operations in Boston (Boston Pride), Buffalo (Buffalo Beauts), Connecticut (Connecticut Whale), Newark (Metropolitan Riveters) and St. Paul (Minnesota Whitecaps).

“I’m not going to say never,” said Pezon, “but I didn’t think I’d see a professional women’s hockey league, at least not during my playing days.

“It’s crazy,” she added. “I didn’t see it come coming, not even at the end of last season.”

Having worn a Whitecaps sweater for the last seven years, Pezon was unprepared the attention.

“We were talking about it on the bench,” she said. “We had never played in front of sold-out crowds before.”

The team plays its home games at the TRIA Rink in St. Paul, the Minnesota Wilds’ practice facility.

When asked about the pace, Pezon talks of playing with a roster filled with former college players, many of whom are younger than she is.

“It’s weird to play so fast, especially when a lot of us are so far removed from college,” she said. “Yeah, it’s fast, but it’s so much fun.”

At 30 years of age, Pezon admits to being one of the elders, but the not the oldest.

How long does Pezon see herself playing?

“I’m competitive,” she said. “I want to play the longest.”

Pezon scored her first goal of the season at away game in New York.

“It wasn’t highlight-reel worthy,” she said, “but they all count the same.”

When asked about first impressions, the Eden Prairie alum talked about the playing environment.

“The crowds and fan support has been mind-blowing,” she said. “You wouldn’t believe the number of young kids in the stands.”

She then mentions local support.

“Everyone in my parents’ neighborhood showed up to my first game holding signs and wearing Pezon T-shirts,” she said. “That was so cool.”

“I’m getting used to signing autographs,” she added.

For the last two seasons, Pezon served as an assistant hockey coach at St. Kate’s University.

During the day, she works as an instructor for OS Hockey Training.

“It’s pretty much hockey 365 days a year,” she said. “We do a lot of skills camps during the season. In the summer, we run developmental camps.

On top of all this, Pezon plays professional hockey.

“I'm not going to say never, but I didn't think I'd see a professional women's hockey league, at least not during my playing days."