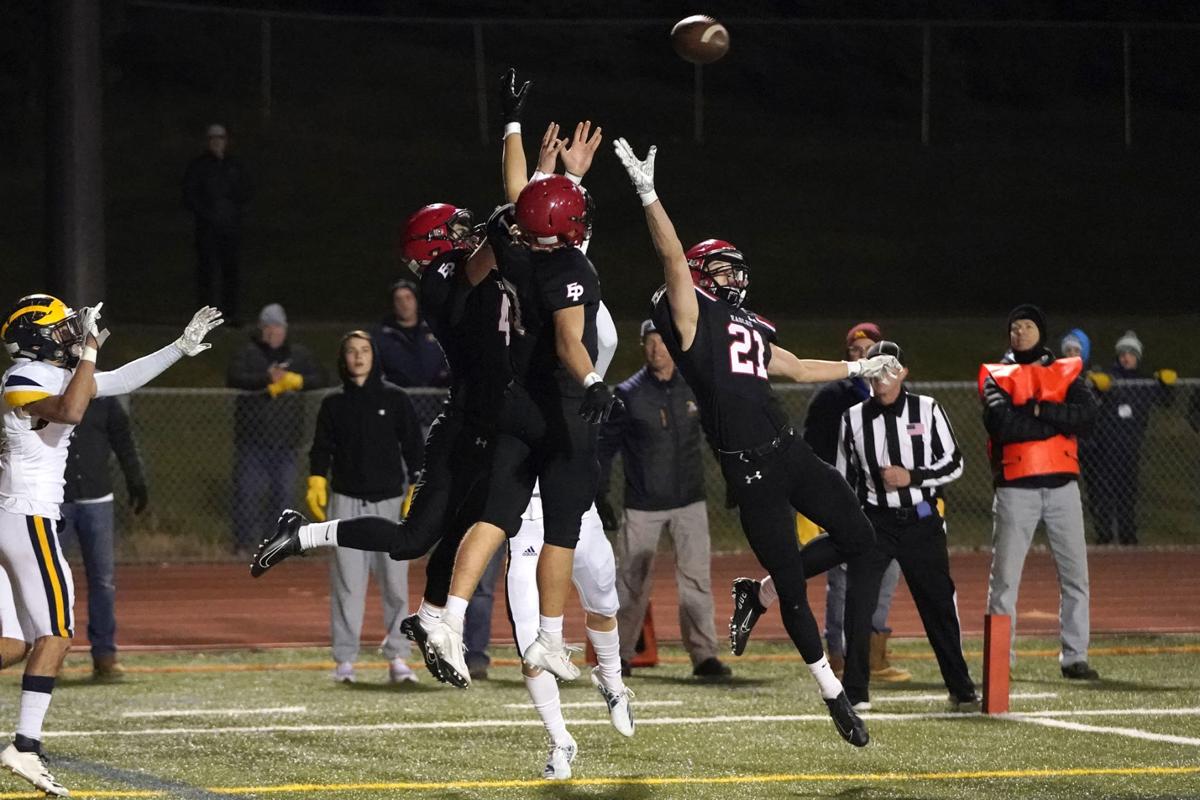 A jump ball would determine the outcome of the Eden Prairie vs. Rosemount football game. Rosemount’s Cadin Rudoll (white pants) won the day. 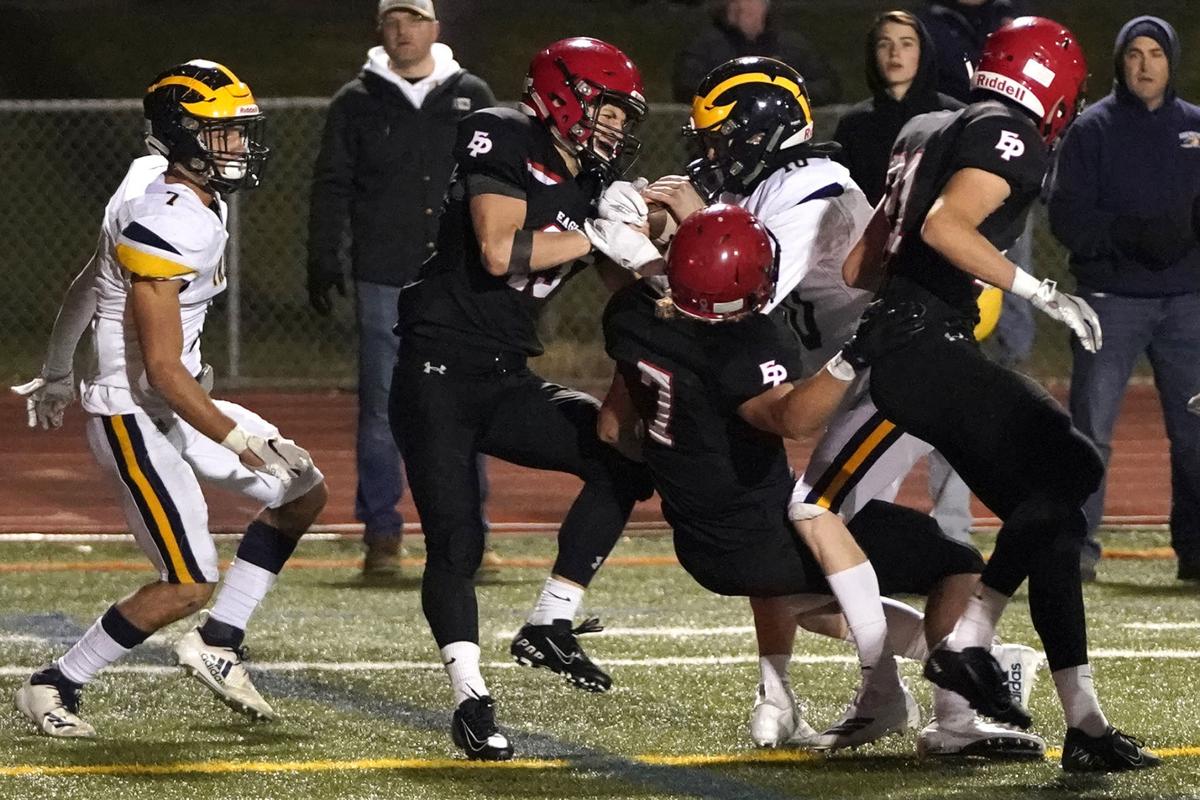 Try as it might, Eden Prairie couldn't wrestle the ball away from Rosemount's Cadin Rudoll. The catch ended the Eagles' season. 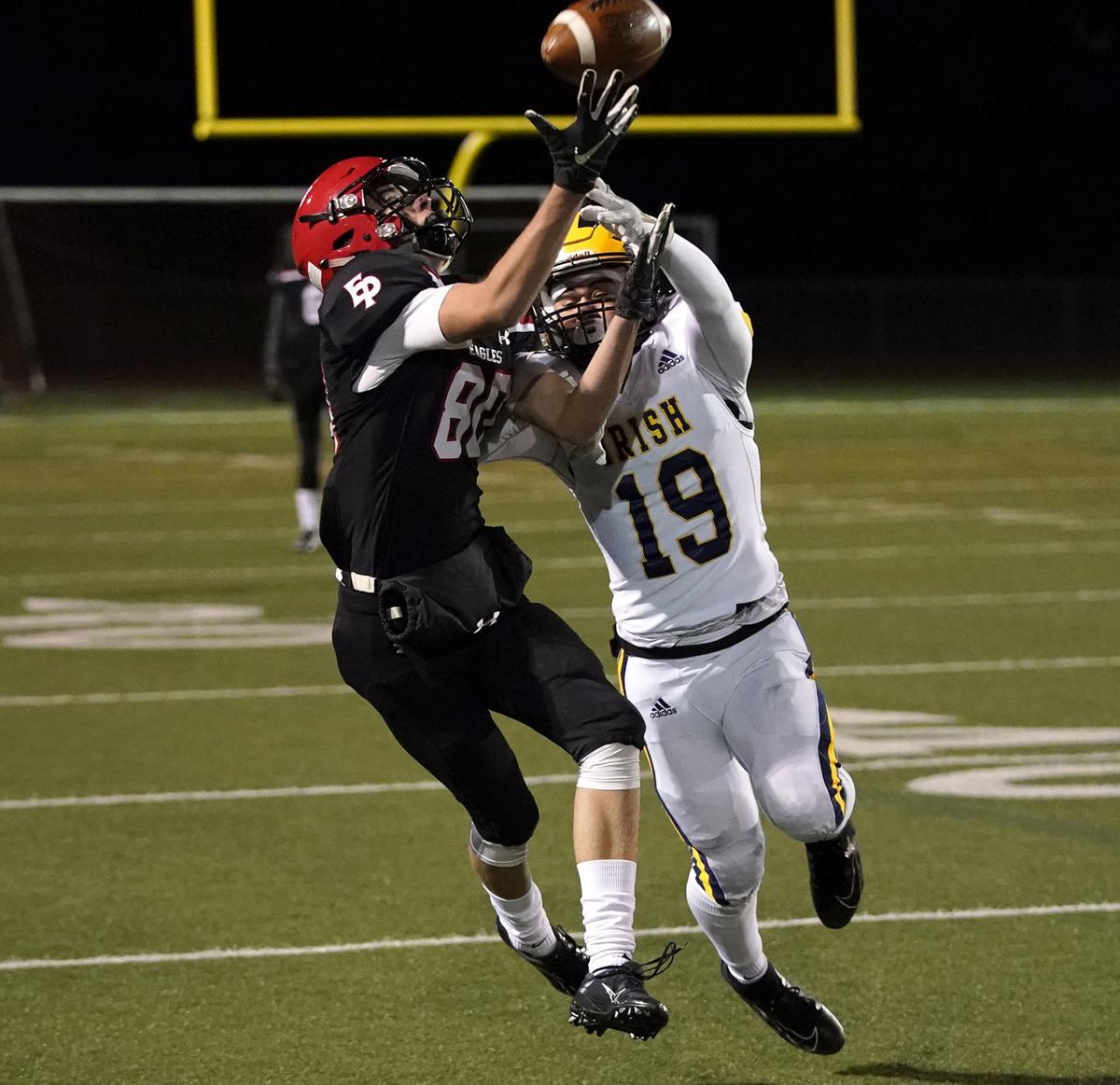 In addition to throwing a 33-yard touchdown pass, Cade Kramer (No. 80) had a number of big catches during Friday's game. 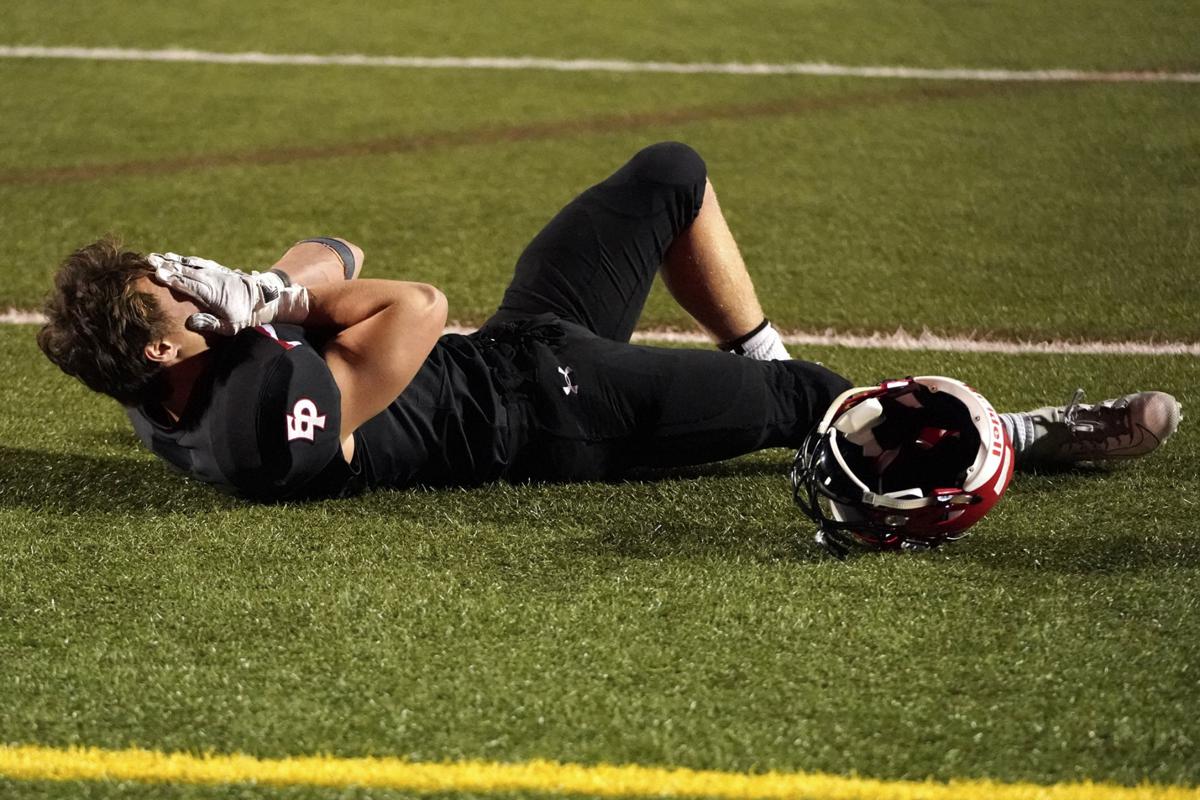 A jump ball would determine the outcome of the Eden Prairie vs. Rosemount football game. Rosemount’s Cadin Rudoll (white pants) won the day.

Try as it might, Eden Prairie couldn't wrestle the ball away from Rosemount's Cadin Rudoll. The catch ended the Eagles' season.

In addition to throwing a 33-yard touchdown pass, Cade Kramer (No. 80) had a number of big catches during Friday's game.

In a short post-game talk to his Eden Prairie Eagles after Friday’s 18-17 overtime loss to Rosemount, Eden Prairie coach Mike Grant said, “You have to tip your hat to them. They’re a good team and they made plays.”

He could have been more specific.

With the game tied at 10-10, Eden Prairie attempted at a 25-yard field goal as regulation time expired. After back-to-back-to-back Rosemount timeouts, Irish receiver Sean Appold came around the right edge and blocked the kick.

The missed opportunity sent the game into overtime.

On Eden Prairie’s first play in overtime – the ball was placed at the 10-yard line – Sam Thomas scored on a 10-yard run. Connor Reynolds kicked the extra point and Eden Prairie led 17-10.

“They want to end it,” shouted someone from the Eden Prairie sideline.

Instead of kicking the extra point and knotting the game at 17-17, Rosemount went for two.

An Eden Prairie stop would mean an Eden Prairie win. A successful two-point play would make the Rosemount the winner. Either way, the game would end.

Armborst scrambled to his right and lofted a pass towards Cadin Rudoll.

Rudoll caught the ball in a crowd of black jerseys.

After forcing an Eden Prairie punt on the game’s first possession, Rosemount capped its first drive with a 42-yard field goal.

Eden Prairie answered with some trickery. David Warren-Mitchell threw in the flat to Cade Kramer, who then completed a 33-yard touchdown pass to a wide open Mark Masters.

In second quarter, Armborst lifted the Irish to a 10-7 lead, scoring on a 6-yard keeper.

Right before halftime, Reynolds tied the game at 10-10 with a 25-yard field goal.

With the game tied at 10-10 late in the fourth quarter, Warren-Mitchell converted on third-and-11 with a 29-yard run.

The loss not only ended Eden Prairie’s season, but kept the Eagles out of the quarterfinal round of the state tournament’s largest class for the first time since 2004.

The victory sends Rosemount into the Class 6A quarterfinals, where they’ll meet No. 1-seeded Champlin Park, 16-7 winners over Prior Lake.

Champlin Park vs. Rosemount is set for next Thursday.