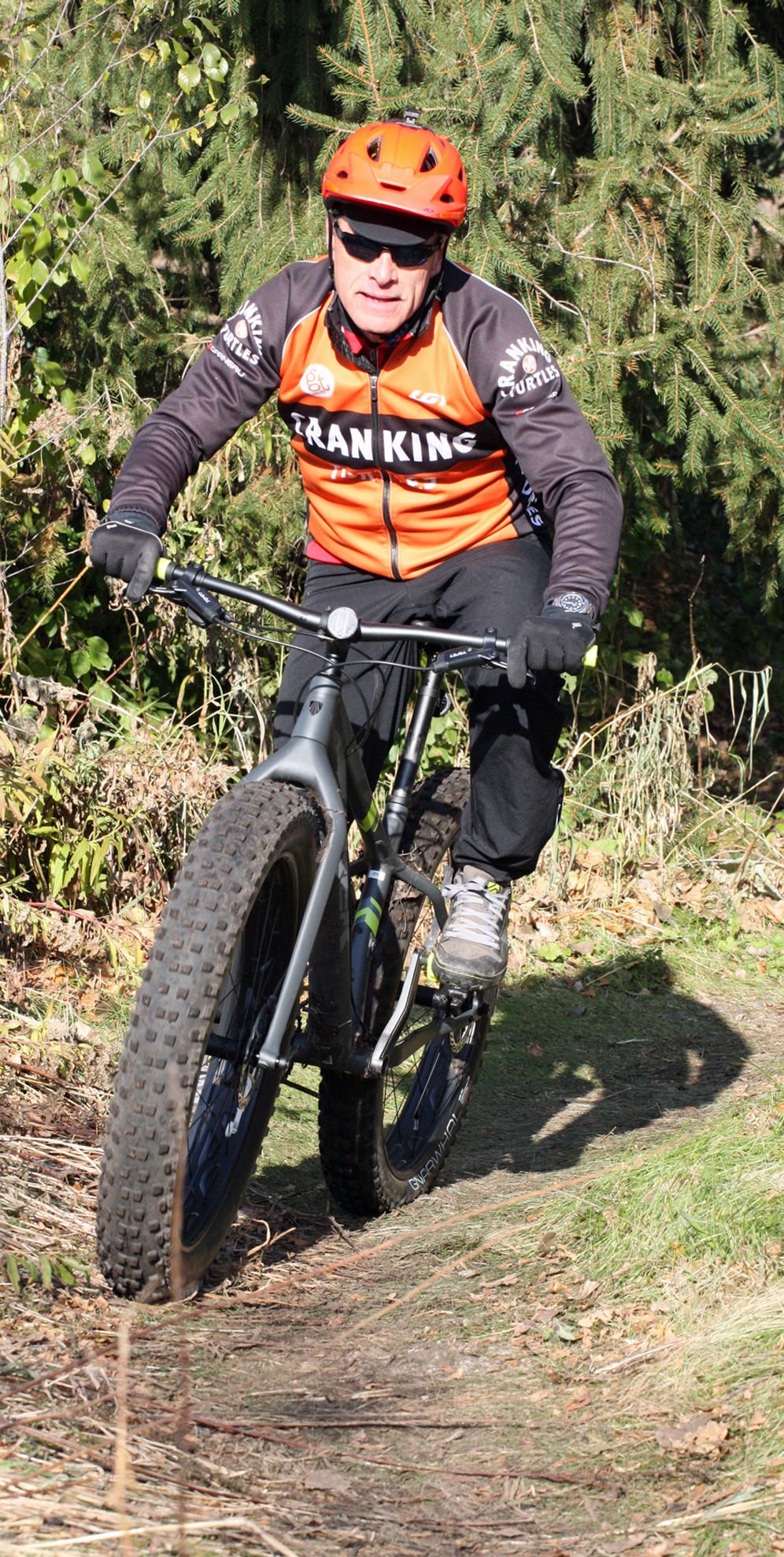 Peter Grasse shifted from cross-country skiing to winter biking about five years ago. “There wasn’t enough snow to keep the trails open,” he said. 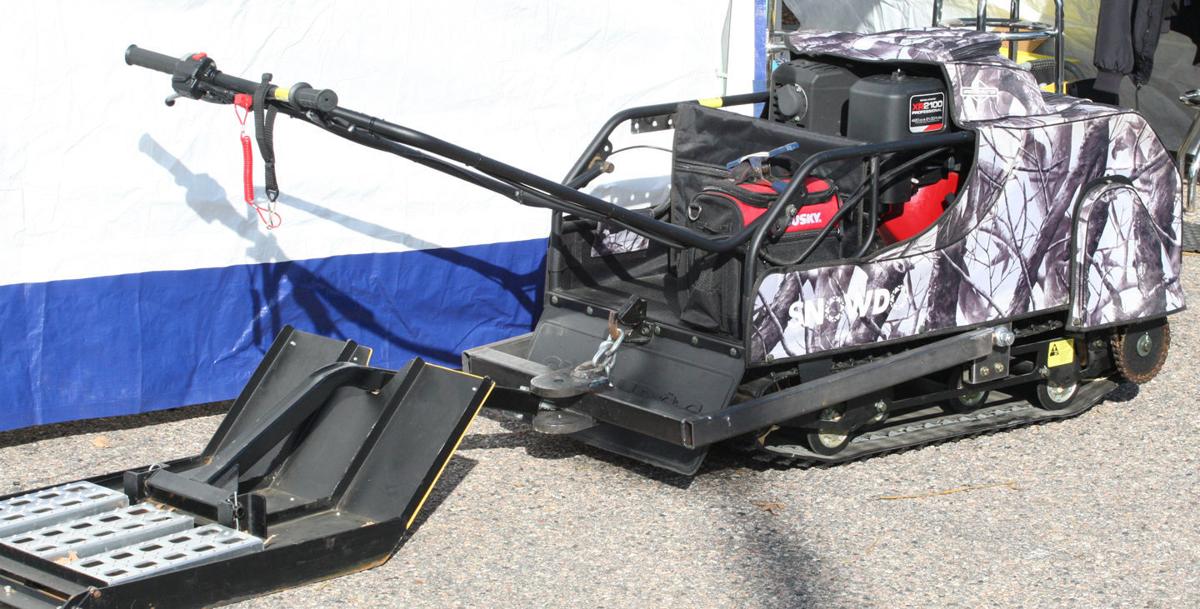 Peter Grasse shifted from cross-country skiing to winter biking about five years ago. “There wasn’t enough snow to keep the trails open,” he said.

This past weekend, Freewheel Bike pedaled a Winter Bike Expo.

And yes, winter biking is a thing.

“It’s 100% a thing,” said store manager Chris Marzolf. “There isn’t a condition you can’t ride in.

“The sport has matured,” he added. “It’s become where else and what else?”

Marzolf said commuters are using fat bikes to get to work in December, January and February. Mountain bikers are racing and riding when the ground is frozen.

“Hunters are using e-assist (battery powered assistance that engages when you pedal) and full-suspension bikes to get to their deer stands,” he added.

“It started when a couple dudes from Alaska put dualies (twin tires) on the back of their bikes,” said Marzolf. “From there, it became one big wide tire.”

“When you’re on the ice, it’s all about contact,” said Marzolf, “and fat tires provide the most contact. Add 250 steel studs and you can ride across an iced-over Lake Minnetonka and carve like you’re skiing.”

While industry experts like Brandon Stahnke, of Bloomington-based Quality Bicycle Products, makers of 45NRTH, Salsa and Surly bikes, say sales of fat bikes have plateaued when compared to the booming interest of four and five years ago; the demand for groomed winter trails has ballooned.

Note: Fat bikes work best on snow, not in snow.

“People pack trails with snowshoes,” said Stahnke, “but they don’t want to have to go snowshoeing to ride their bikes.”

They’ve groomed trails at Murphy-Hanrehan Park Reserve in Savage and they’re hoping to do the same at a new bike trail at Carver Park.

No, they’re not beating down trails in their snowshoes.

Deep Woods Trail Grooming purchased a machine called a Snowdog last season. They use the machine to pull grooming equipment. If the snow is deep, they can “daisy chain” the groomer behind a sled.

Peter Grasse got into winter biking five years ago.

“I used to do a lot of cross-country skiing,” he said, “but switched to biking because there wasn’t enough snow to keep the trails open.

“I ride four to five days per week,” he added.

“In biking,” said Grasse, “there’s the N+1 rule. The N represents the number of bikes you own, the +1 is the one you want to add.”

Question: Was Grasse at the the Winter Bike Expo looking to purchase a new bike?

He then either winked or the sun caught his eye.

“When you're on the ice, it's all about contact and fat tires provide the most contact. Add 250 steel studs and you can ride across an iced-over Lake Minnetonka and carve like you're skiing.”

'It's kind of nutty but it's the Minnesota way': Enthusiasts not surprised by bikeability rating

John Oman is on a mission to commute to his job at Shakopee Public Schools from his Chaska home half of the contract school days — by bicycle.