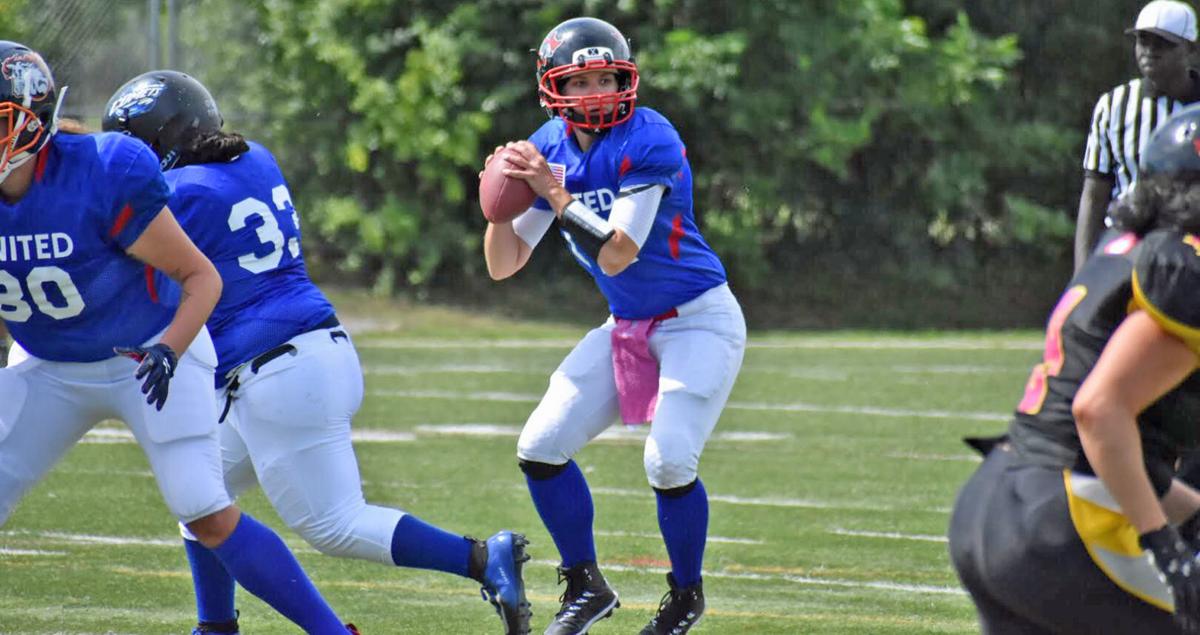 Eden Prairie High School football coach Kiersten Hansen played quarterback for Team United in a 49-0 victory over a Canadian All-Star team. The game was played in Toronto on the Saturday of Labor Day weekend. 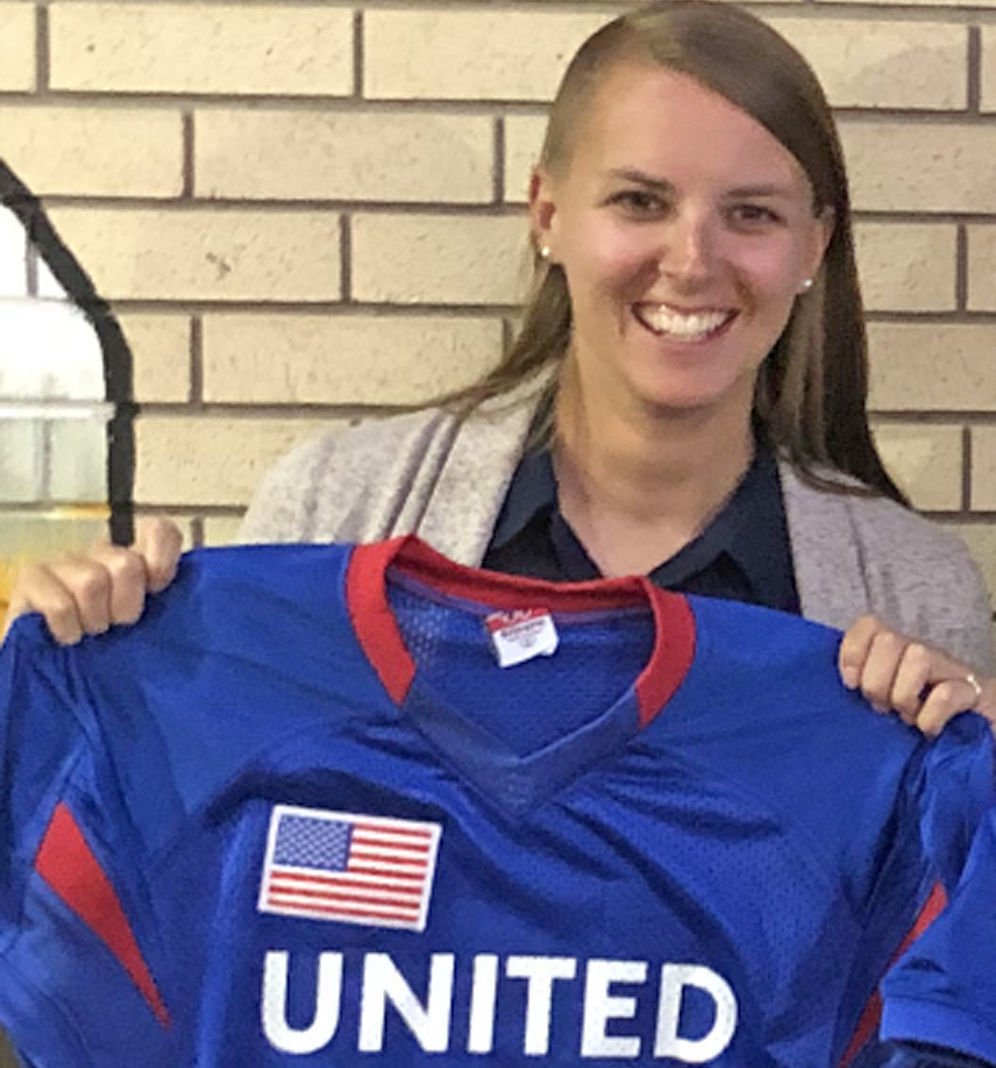 After taking a year off, Kiersten Hansen returned to play quarterback for Team United, an All-Star team made up of Women’s Football Alliance players.

Eden Prairie High School football coach Kiersten Hansen played quarterback for Team United in a 49-0 victory over a Canadian All-Star team. The game was played in Toronto on the Saturday of Labor Day weekend.

After taking a year off, Kiersten Hansen returned to play quarterback for Team United, an All-Star team made up of Women’s Football Alliance players.

“I wanted to pursue coaching,” she said.

“I started playing in the fourth grade,” she said. “I played through ninth grade, mostly at linebacker and tight end.

“I had my growth spurt before the guys,” she explained.

When they caught up, she got out.

“They were getting bigger, faster and stronger,” she said, “and it wasn’t as much fun.”

Three years ago, she got back in the game as a quarterback.

In 2017, she was a Women’s Football Alliance All-American and Player of the Year honorable mention.

“We got to the title game twice, but lost both times,” she added. “The year we played in Atlanta, we lost to the New York Sharks by six points.”

Once, he saw her play basketball at Bethel University.

“We kind of stayed in touch,” said Grant. “We had joked over the years about her coming back to Eden Prairie to coach.

Hansen made her work work before picking up a whistle.

“An opportunity to join one of the most storied and experienced staffs in the state, of course I said, ‘yes,’” she said.

Hansen was originally pegged to work with the quarterbacks. She worked summer camps and then helped coach Eden Prairie High School’s juniors and seniors during the summer 7-on-7 league.

When an illness prevented one of Eden Prairie’s ninth-grade coaches from returning, plans changed.

“I was OK with coaching the freshmen,” she said. “It comes with more responsibility.”

Ultimately, she’d like to work her way up the coaching ladder.

“Someday,” she said, “I’d like to coach a women’s professional team.”

Over Labor Day weekend, a team of Women’s Football Alliance All-Stars traveled to Toronto to play a Canadian All-Star team.

“The Team United quarterback was injured, so they asked me,” said Hansen. “While I didn’t play last year, I was an All-American the two previous years.”

“I had been working out,” she said.

Saturday’s game featured a mix of both Canadian and American rules.

The field was 110 yards long and goal posts were just two yards off the goal line.

“They play with three downs, but we stayed with four,” she said. “Special teams play was also kind of funky.”

“It wasn’t awful,” she said, with a laugh. “They’re behind where we are, but that’s why they invited us.”

Along the way, Hansen was stung by that playing-football bug, again.

“I miss competing,” she said. “I got knocked down a few times, but it was OK.

“It definitely makes me think I want to try out again,” she added.

“It’s about strategy,” she said. “You dictate play and you lead.

“If you’re doing your job,” she added, “you make everyone around you look good.”

Coaches can impact a game the same way, something coach Hansen has already figured out.

“If you're doing your job, you make everyone around you look good.”