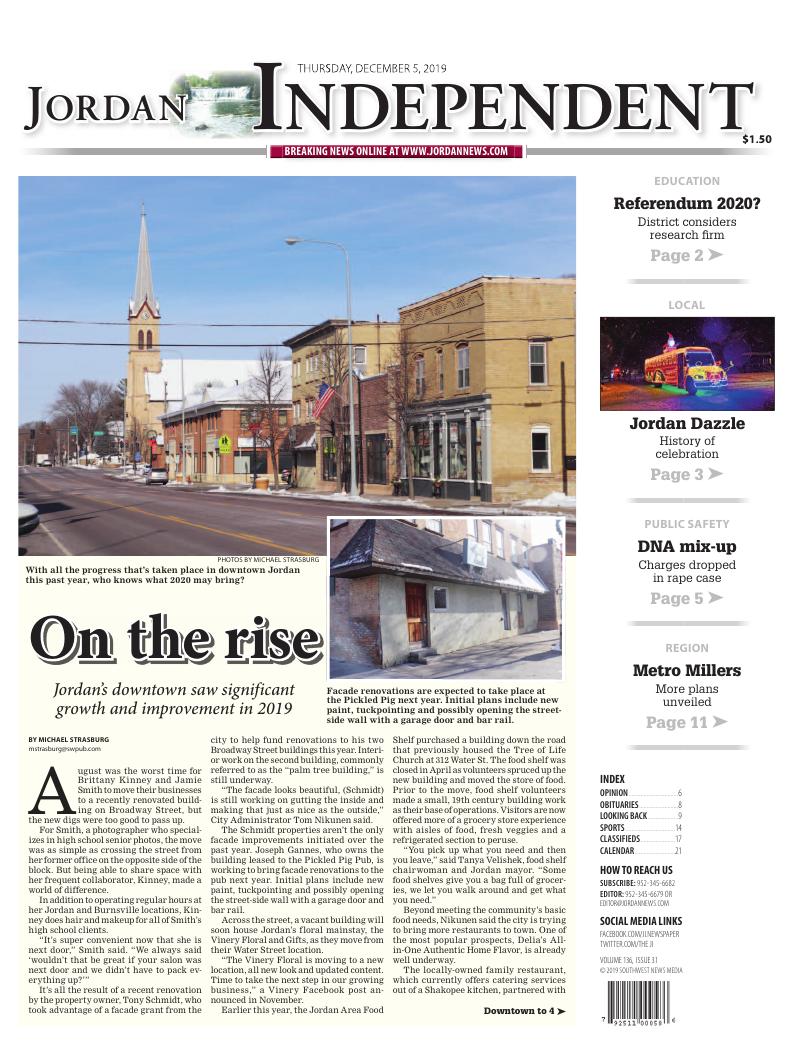 August was the worst time for Brittany Kinney and Jamie Smith to move their businesses to a recently renovated building on Broadway Street, but the new digs were too good to pass up.

For Smith, a photographer who specializes in high school senior photos, the move was as simple as crossing the street from her former office on the opposite side of the block. But being able to share space with her frequent collaborator, Kinney, made a world of difference. 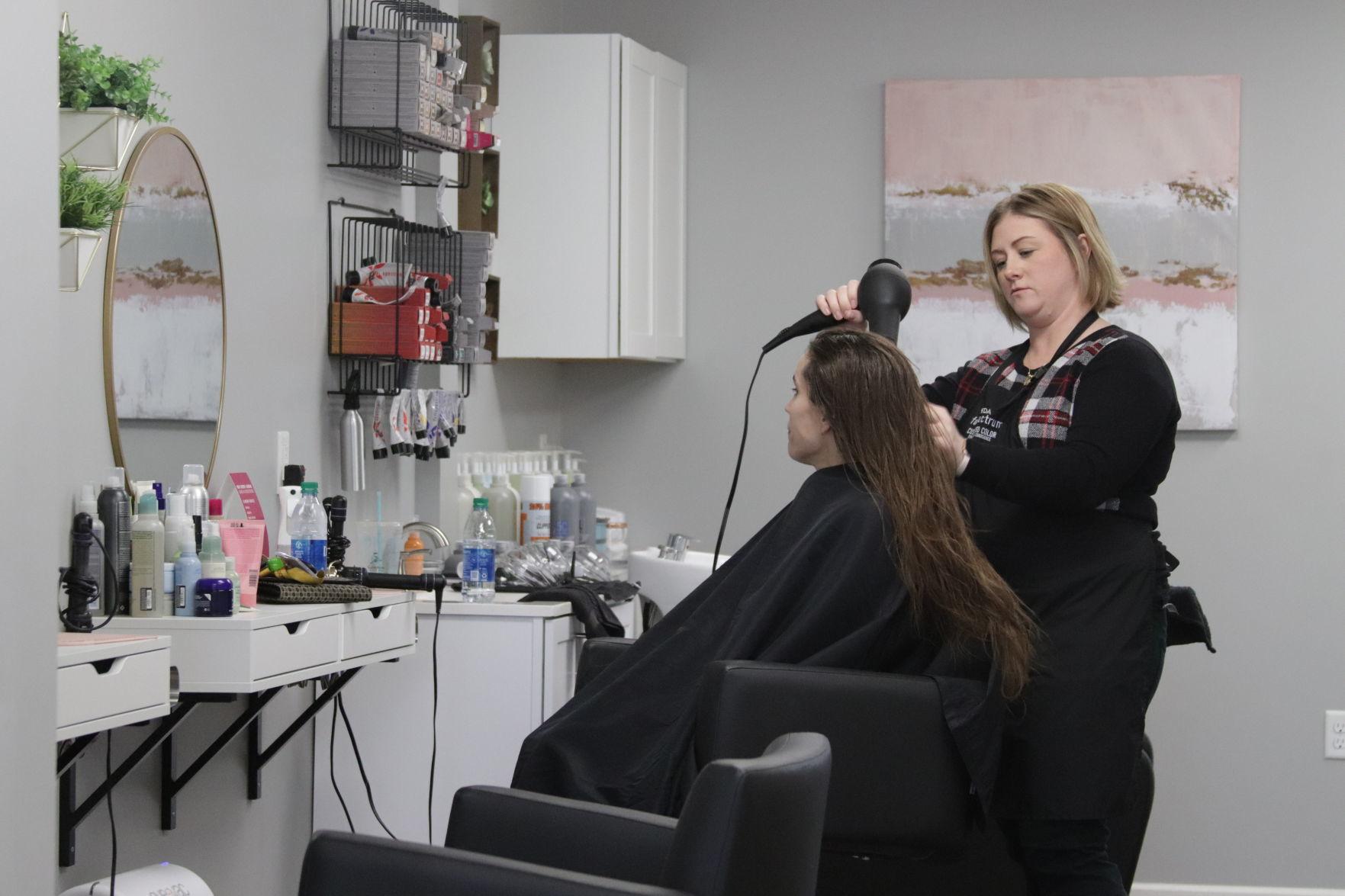 Brittany Kinney trims prepares to trim a client’s hair at her salon on Broadway Street. Improvements to the building this summer drew her and Jamie Smith to lease the property for their businesses.

In addition to operating regular hours at her Jordan and Burnsville locations, Kinney does hair and makeup for all of Smith’s high school clients.

“It’s super convenient now that she is next door,” Smith said. “We always said ‘wouldn’t that be great if your salon was next door and we didn’t have to pack everything up?’”

It’s all the result of a recent renovation by the property owner, Tony Schmidt, who took advantage of a facade grant from the city to help fund renovations to his two Broadway Street buildings this year. Interior work on the second building, commonly referred to as the “palm tree building,” is still underway.

“The facade looks beautiful, (Schmidt) is still working on gutting the inside and making that just as nice as the outside,” City Administrator Tom Nikunen said. 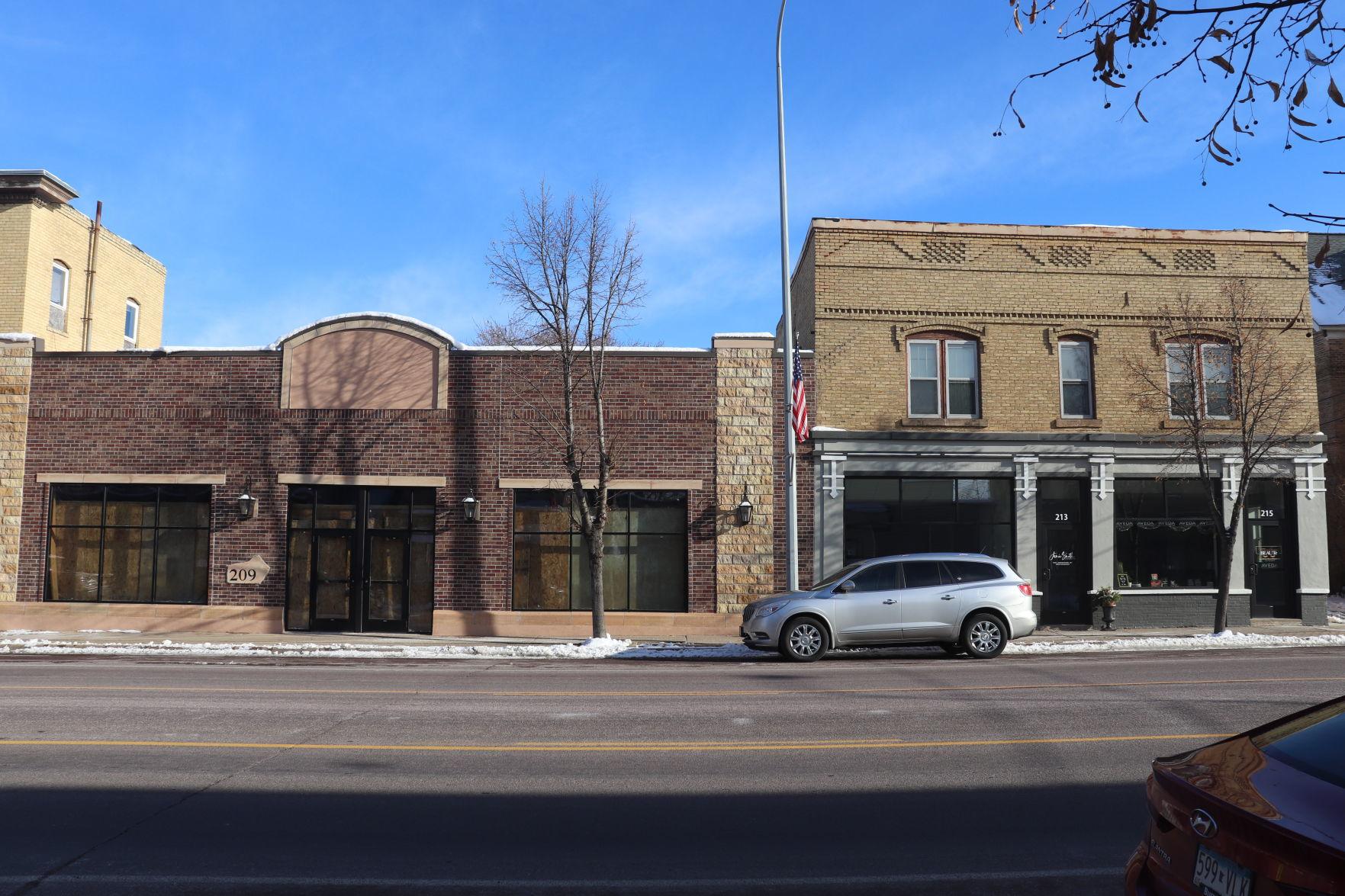 The Schmidt properties aren’t the only facade improvements initiated over the past year. Joseph Gannes, who owns the building leased to the Pickled Pig Pub, is working to bring facade renovations to the pub next year. Initial plans include new paint, tuckpointing and possibly opening the street-side wall with a garage door and bar rail.

Across the street, a vacant building will soon house Jordan’s floral mainstay, the Vinery Floral and Gifts, as they move from their Water Street location.

“The Vinery Floral is moving to a new location, all new look and updated content. Time to take the next step in our growing business,” a Vinery Facebook post announced in November.

Earlier this year, the Jordan Area Food Shelf purchased a building down the road that previously housed the Tree of Life Church at 312 Water St. The food shelf was closed in April as volunteers spruced up the new building and moved the store of food. Prior to the move, food shelf volunteers made a small, 19th century building work as their base of operations. Visitors are now offered more of a grocery store experience with aisles of food, fresh veggies and a refrigerated section to peruse.

“You pick up what you need and then you leave,” said Tanya Velishek, food shelf chairwoman and Jordan mayor. “Some food shelves give you a bag full of groceries, we let you walk around and get what you need.”

Beyond meeting the community’s basic food needs, Nikunen said the city is trying to bring more restaurants to town. One of the most popular prospects, Delia’s All-in-One Authentic Home Flavor, is already well underway. 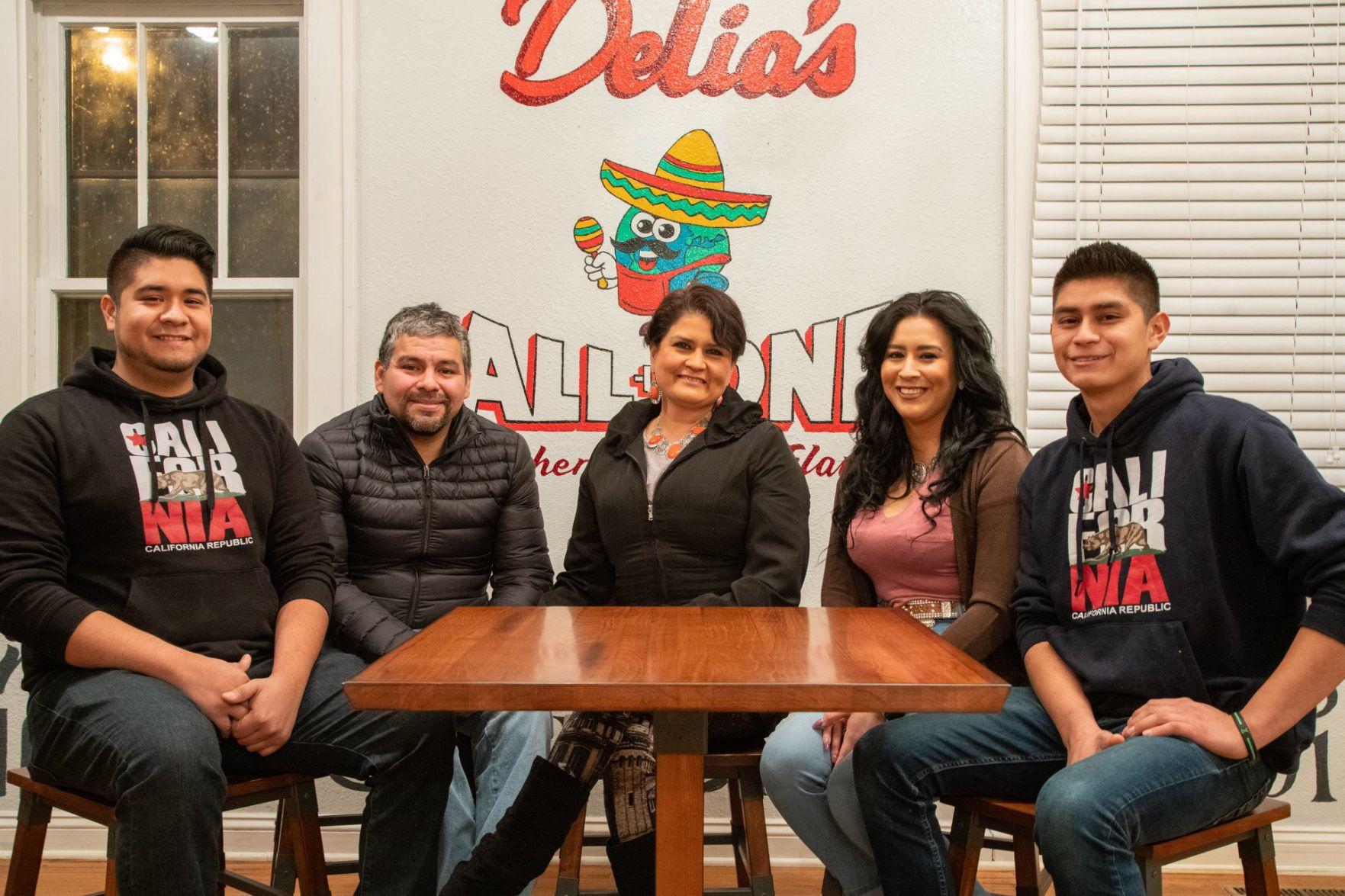 The locally-owned family restaurant, which currently offers catering services out of a Shakopee kitchen, partnered with property owner Barb Kochlin earlier this year to establish a take-out restaurant at 401 Broadway St. S., formerly Penny Family Chiropractic. In the morning hours, Kochlin will operate a coffee shop in the building.

The restaurant and coffee shop were expected to open this fall, but construction delays have pushed the timeline back, though significant progress has been made toward converting the building to house a kitchen and small dining space. 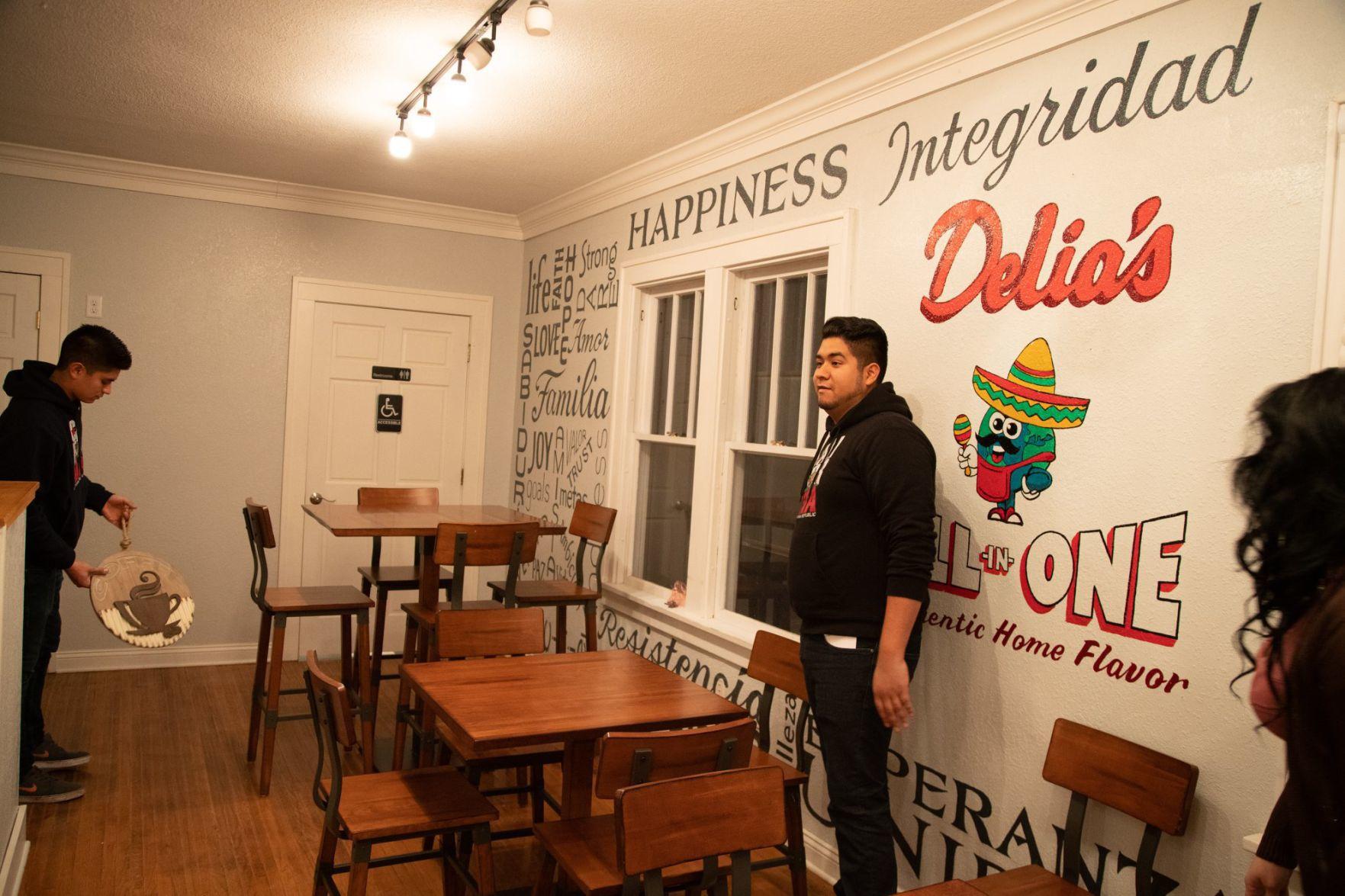 Joe Lopez, left, and Gabriel Lopez work on the interior of Delia’s All-in-One, a restaurant expected to open in Jordan in the coming months.

A few blocks away, another exciting development has faced similar delays. Sparkling Mousse Winery, located at 115 1st St. E., was expected to open around the holiday season, but owner and winemaker Josie Boyle said delays have pushed the target date back to spring 2020.

“We’re super excited, it just took a long time with our bank financing,” Boyle said. “We have to dot all of the Is and cross all of the Ts, but we’re finally getting going.”

Boyle said renovation work on the century-old building is expected to start this weekend. Improvements will include the addition of a patio, complete remodel of the first floor and a basement expansion.

“We’re very appreciative of the city of Jordan, they granted us a loan and some grants to help get this project off the ground,” Boyle said. “We’re excited to start making some sparkling wine and hard cider.”

Sparkling Mousse, like other growing and forthcoming business in Jordan, took advantages of resources available from the city. Nikunen said the downtown growth and improvements are fruit bore from the city’s master visioning plan completed in 2013. 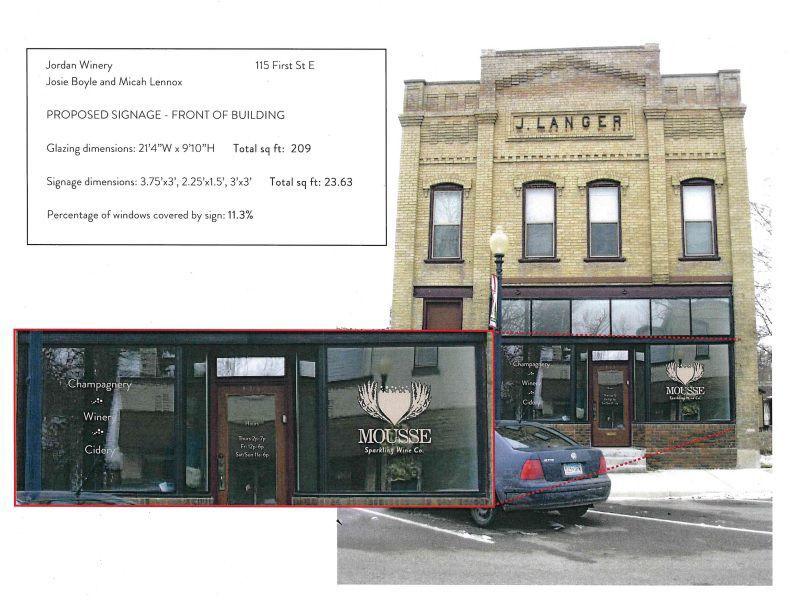 Josie Boyle and her husband Micah Lennox purchased this building on First Street in Jordan, previously home to Treasure Chest Antiques, with plans to open a winery.

Part of that vision, he said, was enhancing the look of downtown by improving sidewalks and scenery to make it more walkable and draw foot traffic. Much of this was achieved with a 2014 project that expanded sidewalks and planted trees into the downtown area. Next on the list was drawing an anchor business that would attract additional business.

“Some of the businesses we sought after getting downtown were a brewery and a winery,” Nikunen said.

Helping ensure that Roets Brewery found a home in Jordan was seen by the city as a key part of drawing additional foot traffic to the downtown area.

“A number of businesses have said they moved to downtown because of the traffic (Roets) is generating,” Nikunen said. Over the following years, Jordan developed a thriving boutique scene, which Nikunen said helped pave the way for a winery.

“It’s all a constant improvement that all these businesses are helping to provide for our downtown,” he said. “Each business drives more traffic, which drives more ability for people to want to lease space.”

Looking ahead, Nikunen said there are three key areas for the city to grow: parking, green space and a restaurant. And with all the progress that’s taken place in the past year, who knows what 2020 may bring?

Left — A school bus all lit up with a Santa on top. 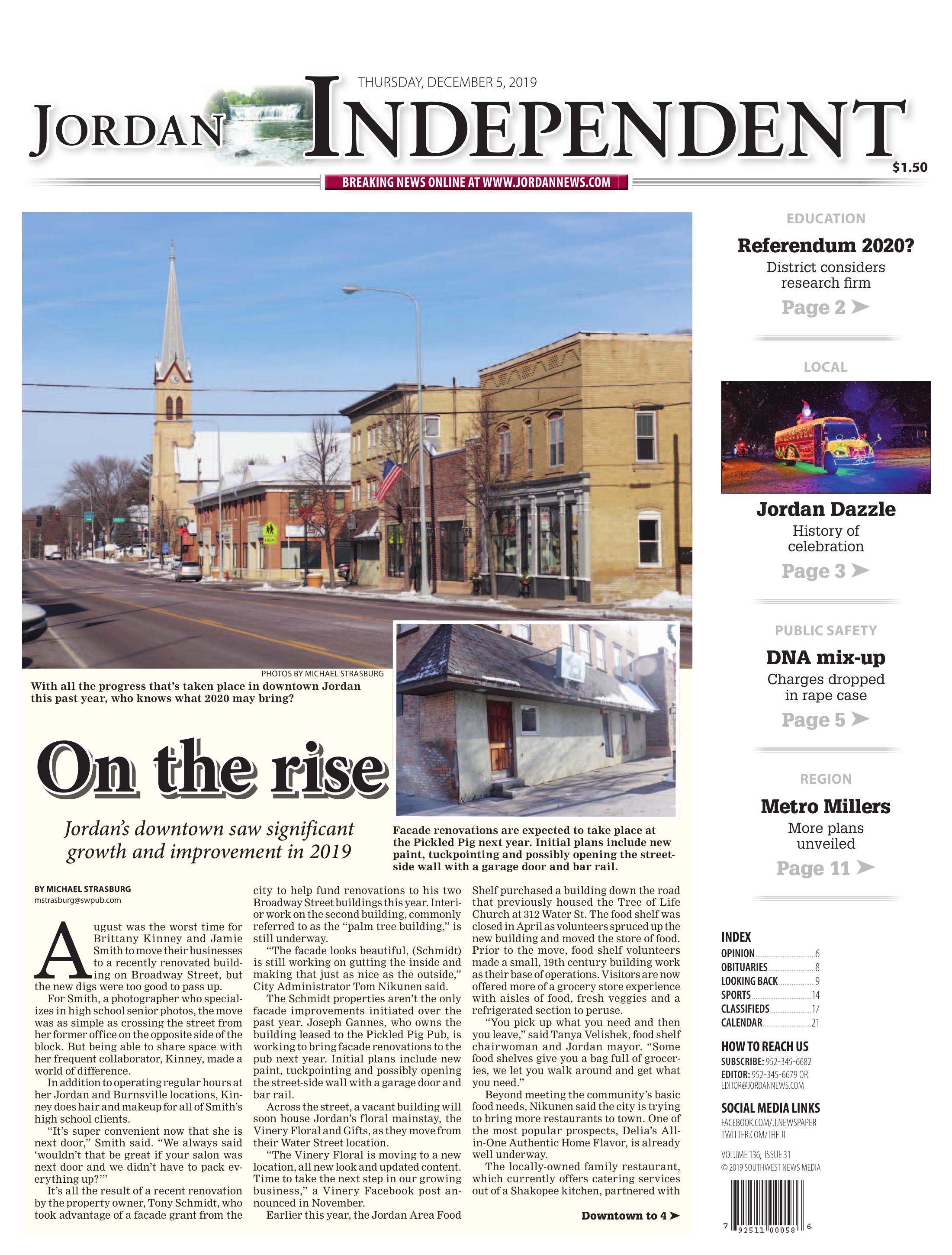