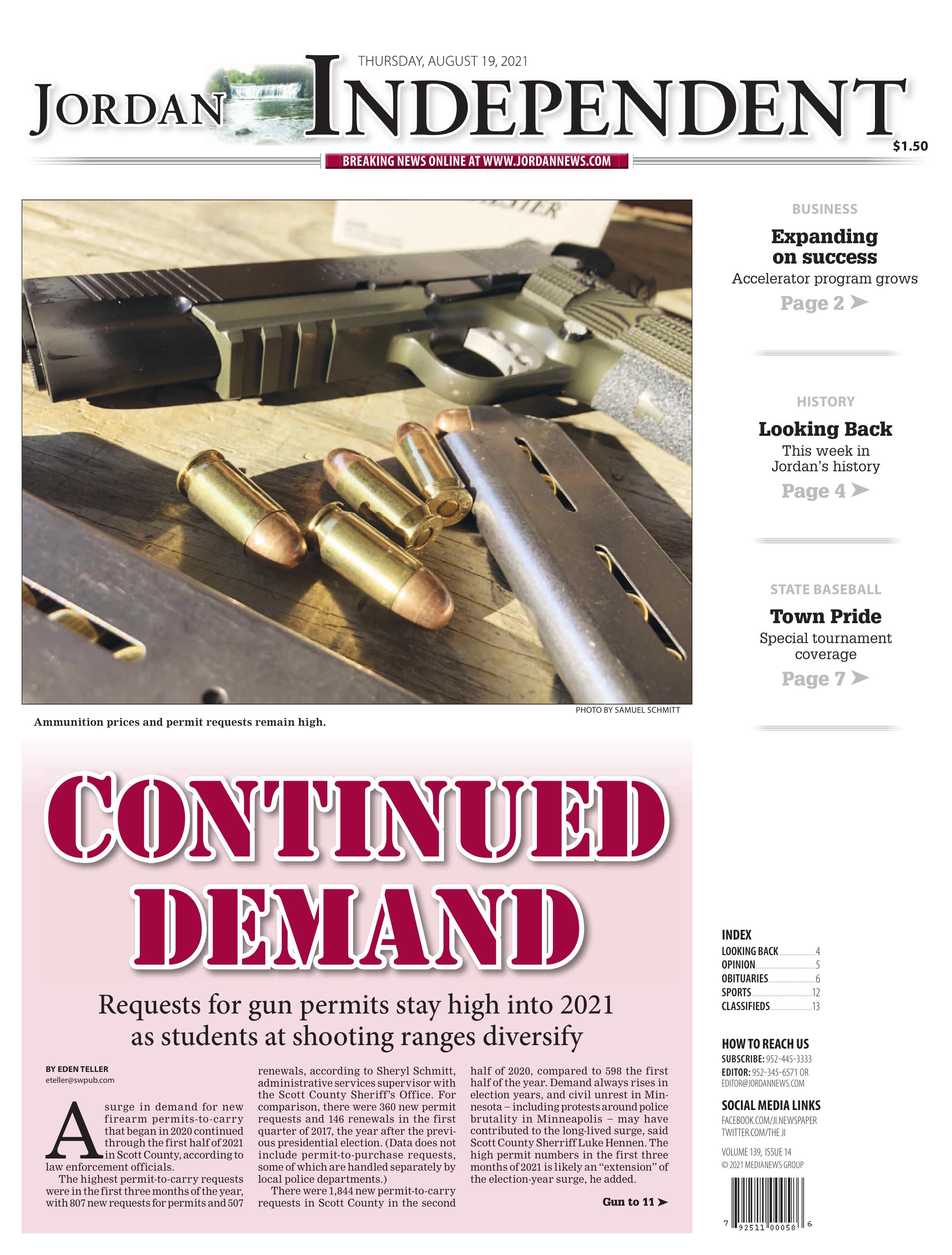 A surge in demand for new firearm permits-to-carry that began in 2020 continued through the first half of 2021 in Scott County, according to law enforcement officials.

The highest permit-to-carry requests were in the first three months of the year, with 807 new requests for permits and 507 renewals, according to Sheryl Schmitt, administrative services supervisor with the Scott County Sheriff’s Office. For comparison, there were 360 new permit requests and 146 renewals in the first quarter of 2017, the year after the previous presidential election. (Data does not include permit-to-purchase requests, some of which are handled separately by local police departments.)

There were 1,844 new permit-to-carry requests in Scott County in the second half of 2020, compared to 598 the first half of the year. Demand always rises in election years, and civil unrest in Minnesota − including protests around police brutality in Minneapolis − may have contributed to the long-lived surge, said Scott County Sherriff Luke Hennen. The high permit numbers in the first three months of 2021 is likely an “extension” of the election-year surge, he added.

Craig Burris, who owns Tactical Training Solutions in Lakeville, said he’s seen a demographic shift in new gun owners in the past 18 months. Whereas before the COVID-19 pandemic, “the majority of gun sales and training were to conservative, white, middle-aged men,” 2021 has brought a huge jump in female students at Tactical Training Solutions, to almost 50% of his customers, Burris said in an email.

“Through 2020 and continuing in 2021, we are seeing far more diversity in sex, race, and political affiliation,” he said. “This is awesome to see because I firmly believe that the more people who exercise their rights, the stronger we are as a country.”

The market for guns and ammunition is “starting to settle” after a year of unprecedented high sales in 2020, Burris added, though ammunition prices are still twice or three times as high as they were before March 2020.

“Firearms manufacturers seem to be catching up and that market is almost back to normal,” Burris said. “You can walk into most gun shops and buy any model from the major manufacturers.”