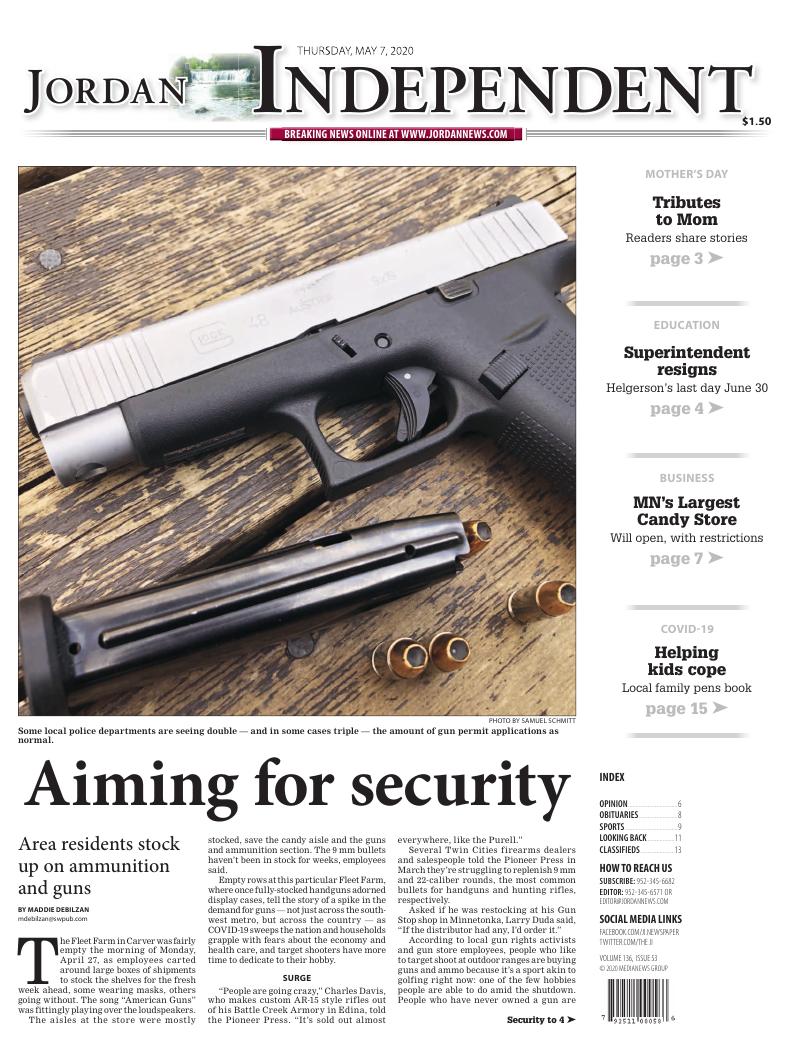 Some local police departments are seeing double — and in some cases triple — the amount of gun permit applications as normal.

According to local gun rights activists and gun store employees, people who like to target shoot at outdoor ranges are buying guns and ammo because it’s a sport akin to golfing right now: one of the few hobbies people are able to do amid the shutdown.

The Fleet Farm in Carver was fairly empty the morning of Monday, April 27, as employees carted around large boxes of shipments to stock the shelves for the fresh week ahead, some wearing masks, others going without. The song “American Guns” was fittingly playing over the loudspeakers.

The aisles at the store were mostly stocked, save the candy aisle and the guns and ammunition section. The 9 mm bullets haven’t been in stock for weeks, employees said.

Empty rows at this particular Fleet Farm, where once fully-stocked handguns adorned display cases, tell the story of a spike in the demand for guns — not just across the southwest metro, but across the country — as COVID-19 sweeps the nation and households grapple with fears about the economy and health care, and target shooters have more time to dedicate to their hobby.

“People are going crazy,” Charles Davis, who makes custom AR-15 style rifles out of his Battle Creek Armory in Edina, told the Pioneer Press. “It’s sold out almost everywhere, like the Purell.”

Asked if he was restocking at his Gun Stop shop in Minnetonka, Larry Duda said, “If the distributor had any, I’d order it.”

According to local gun rights activists and gun store employees, people who like to target shoot at outdoor ranges are buying guns and ammo because it’s a sport akin to golfing right now: one of the few hobbies people are able to do amid the shutdown. People who have never owned a gun are purchasing for the first time, perhaps to pick up on a new hobby, or perhaps because they fear the economic shutdown might affect gun store closures.

And the recipe for a spike in gun sales is prime, local police departments said.

Gun stores aren’t just noticing the spike. Some local police departments are seeing double — and in some cases triple — the amount of gun permit applications as normal. And those permits are time consuming.

Over time, Shakopee Police Chief Jeff Tate said, the department has seen predictable patterns in permit-to-purchase application surges: when there is an increased amount of uncertainty, or a specific change in public policy, people seem to flock to gun stores. When former President Barack Obama was elected, for example, there was a surge in permit to purchase applications due to the fear of a change in policy. After the Sept. 11, 2001 terrorist attacks, people flocked to purchase firearms.

“I don’t recall it ever happening because of an alleged virus,” Duda said.

“I couldn’t begin to assume or pontificate as to why we’ve seen the increase,” Liam Duggan, an officer with the Prior Lake Police Department, said. “It could be as simple as people wondering if stores that sell would be closing if the state put a shelter-in-place order in.”

Tate said some police departments have taken a hard line on stay-at-home orders, and oftentimes, those orders will drive an individual to want to get a gun permit.

“But the gun control debate is typically when we see the most spikes,” Tate said.

Fleet Farm’s corporate spokesperson said it could not provide specific numbers regarding the gun and ammunition sales, but said that across the country they were seeing an increase in sales.

While most gun store owners in the southwest metro either declined to comment or did not respond to a request for comment, Tom Schroers, a Prior Lake resident who belongs to a Second Amendment rights group called Scott County Defenders, said he thinks the spike is due to citizens fearing that gun stores will shut down amid the pandemic.

“And people are probably becoming more aware that law enforcement might not be quite as willing to help them out, so if they don’t already own a firearm, they’re probably in a mad dash to do that,” he said. “I don’t think a lot of people who already own guns are the ones buying them.”

Additional reporting by John Shipley of the Pioneer Press.

Will open, with restrictions 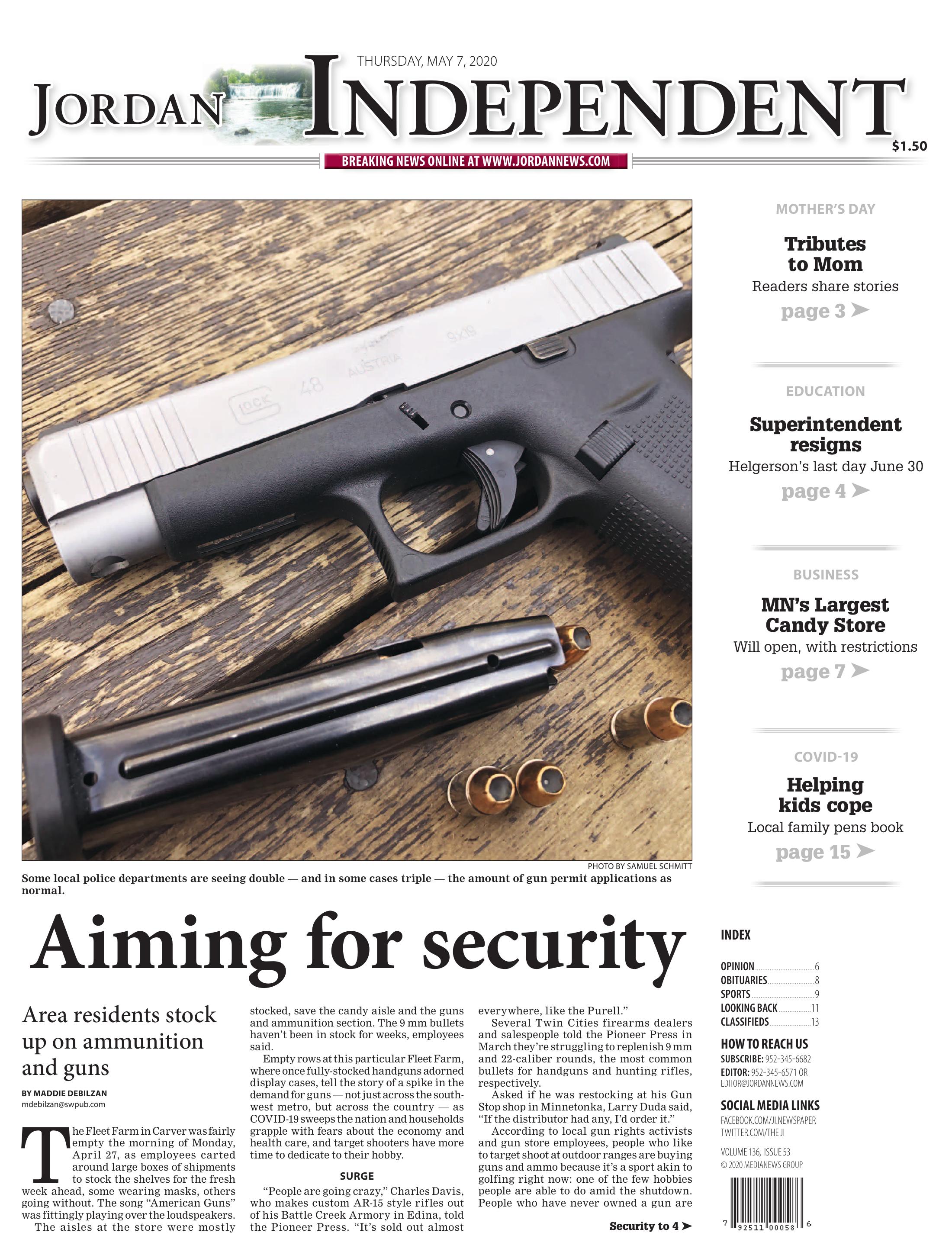