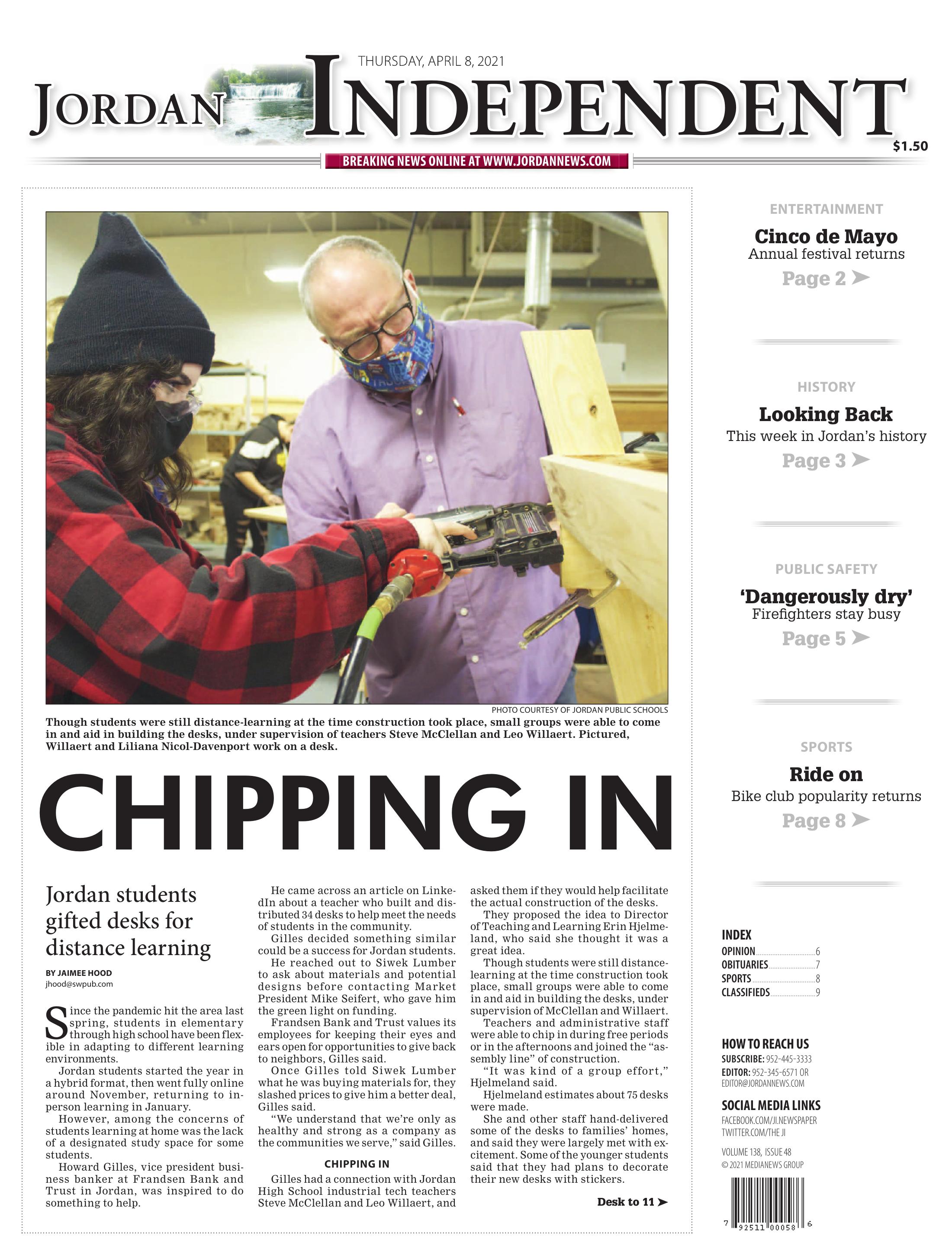 Since the pandemic hit the area last spring, students in elementary through high school have been flexible in adapting to different learning environments.

Jordan students started the year in a hybrid format, then went fully online around November, returning to in-person learning in January.

However, among the concerns of students learning at home was the lack of a designated study space for some students.

Howard Gilles, vice president business banker at Frandsen Bank and Trust in Jordan, was inspired to do something to help.

He came across an article on LinkedIn about a teacher who built and distributed 34 desks to help meet the needs of students in the community.

Gilles decided something similar could be a success for Jordan students.

He reached out to Siwek Lumber to ask about materials and potential designs before contacting Market President Mike Seifert, who gave him the green light on funding.

Frandsen Bank and Trust values its employees for keeping their eyes and ears open for opportunities to give back to neighbors, Gilles said.

Once Gilles told Siwek Lumber what he was buying materials for, they slashed prices to give him a better deal, Gilles said.

“We understand that we’re only as healthy and strong as a company as the communities we serve,” said Gilles.

Gilles had a connection with Jordan High School industrial tech teachers Steve McClellan and Leo Willaert, and asked them if they would help facilitate the actual construction of the desks.

They proposed the idea to Director of Teaching and Learning Erin Hjelmeland, who said she thought it was a great idea.

Though students were still distance-learning at the time construction took place, small groups were able to come in and aid in building the desks, under supervision of McClellan and Willaert.

Teachers and administrative staff were able to chip in during free periods or in the afternoons and joined the “assembly line” of construction.

“It was kind of a group effort,” Hjelmeland said.

Hjelmeland estimates about 75 desks were made.

She and other staff hand-delivered some of the desks to families’ homes, and said they were largely met with excitement. Some of the younger students said that they had plans to decorate their new desks with stickers.

“Just for students to have that designated spot that they could really work and focus on school, parents and students were really excited about that,” said Hjelmeland.

Above all else, Hjelmeland said she hopes this project shows Jordan families that the district cares about them.

If you are in need, there may be a few desks left, Hjelmeland said. Contact communications@isd717.org to inquire.