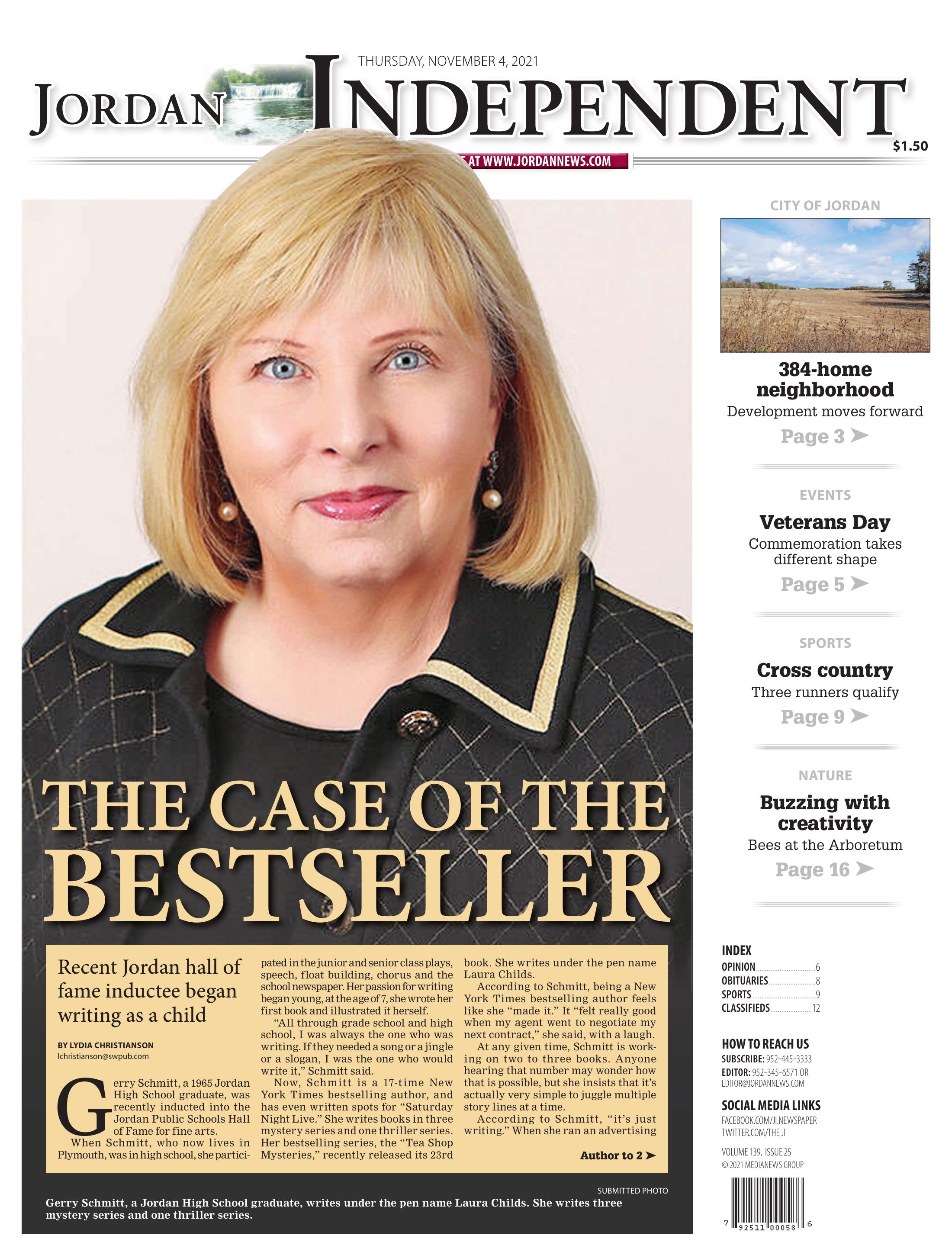 When Schmitt, who now lives in Plymouth, was in high school, she participated in the junior and senior class plays, speech, float building, chorus and the school newspaper. Her passion for writing began young, at the age of 7, she wrote her first book and illustrated it herself.

“All through grade school and high school, I was always the one who was writing. If they needed a song or a jingle or a slogan, I was the one who would write it,” Schmitt said.

Now, Schmitt is a 17-time New York Times bestselling author, and has even written spots for “Saturday Night Live.” She writes books in three mystery series and one thriller series. Her bestselling series, the “Tea Shop Mysteries,” recently released its 23rd book. She writes under the pen name Laura Childs.

According to Schmitt, being a New York Times bestselling author feels like she “made it.” It “felt really good when my agent went to negotiate my next contract,” she said, with a laugh.

At any given time, Schmitt is working on two to three books. Anyone hearing that number may wonder how that is possible, but she insists that it’s actually very simple to juggle multiple story lines at a time.

According to Schmitt, “it’s just writing.” When she ran an advertising agency for 20 years, it had 16 to 20 clients at a time. The clients all had different campaigns, some were broadcast or public relations or writing. It was very easy to keep those separate, and books are not that different, she said.

“That’s kind of what writers do; they’re kind of good at it,” Schmitt said.

While she enjoys her writing career because she can sleep later in the morning, Schmitt is really proud of the fact that she is in charge of the storyline and that it’s all hers.

In advertising, there were marketing people, media people and an art director, so it was a very collaborative effort, which was fun, Schmitt said. Writing a novel is a very solitary thing and she is really enjoying that, she added.

But where do all of her ideas come from? According to Schmitt, the imagination is a muscle. The more you use it, the more it stretches and the better you get, she said. As a novelist, it is important to read. She reads two or three books a week, typically thrillers. From her reading, she learns tricks that she can twist and bend to make into her own, she said.

It could be in South Dakota or Minnesota, Schmitt said, “but it’s kind of an homage to a small town, to small-town Midwest.”

Any career has its unique set of challenges. According to Schmitt, deadlines are always challenging.

Another challenge is coming up with a plot. People who think they want to write a novel think they just need to come up with a concept, Schmitt said. While a concept is great, then you need to make a plot for what really happens between the characters. A novel is basically a three-act play with a short beginning, a longer interlude and an exciting third act. That fast and exciting ending is not so easy to do, she said.

Schmitt has some advice for people who think they might want to write a novel. She suggests that aspiring writers take a writing class and actually listen to what the teacher has to say. You’ll always learn a little bit from somebody, she said.

Something that Schmitt often did to improve her writing was go to different book signings and readings. That’s another way she picked up some tricks and tools to incorporate into her writing.

She once heard that another mystery author was including recipes in their books. That gave Schmitt the idea to incorporate recipes for desserts such as apple or cranberry scones in the back of the “Tea Shop Mysteries” books. Now, she includes 10 to 13 recipes in her books. That makes it fun because it’s interactive, she said.

To learn more about Gerry Schmitt and her books, visit laurachilds.com. 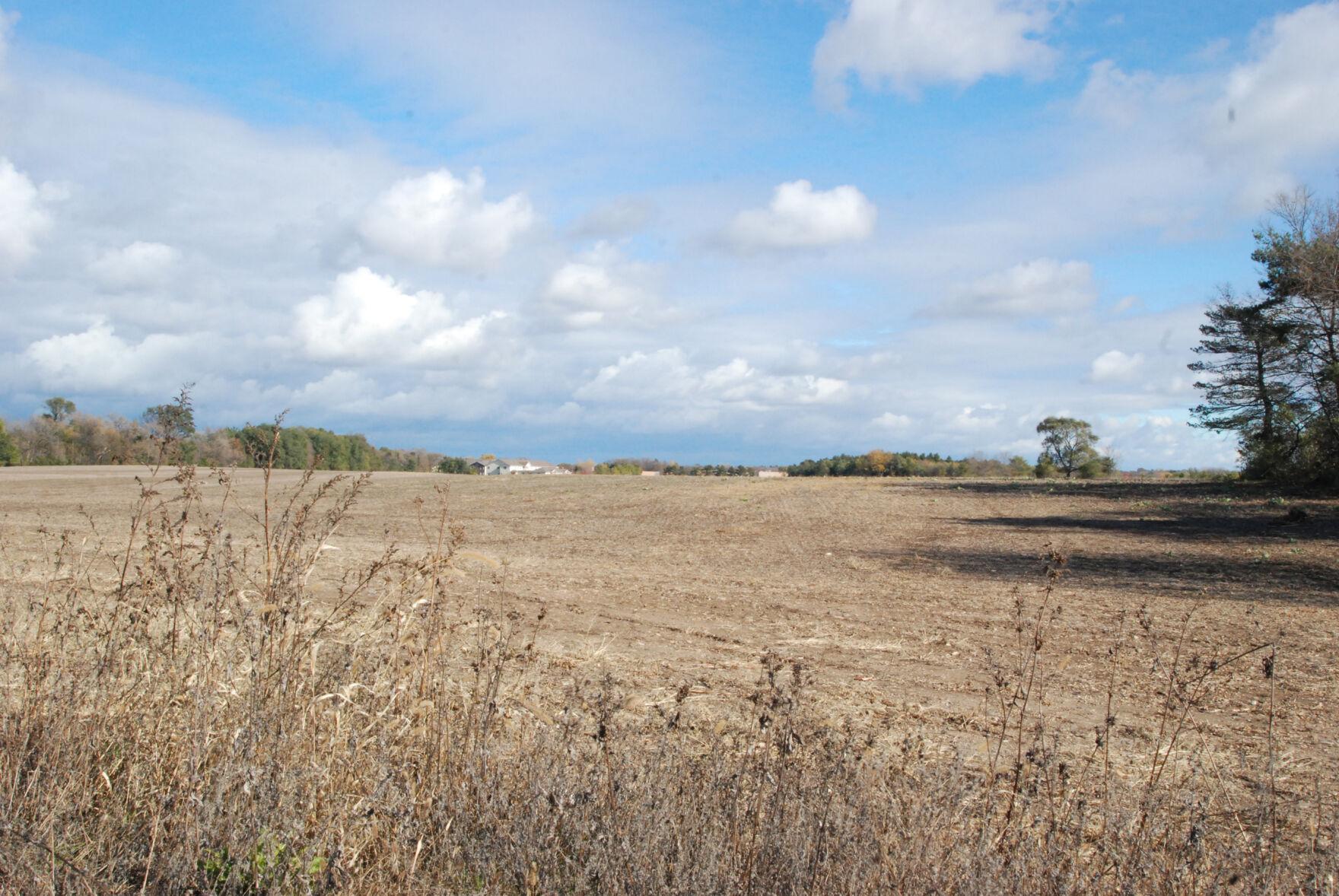