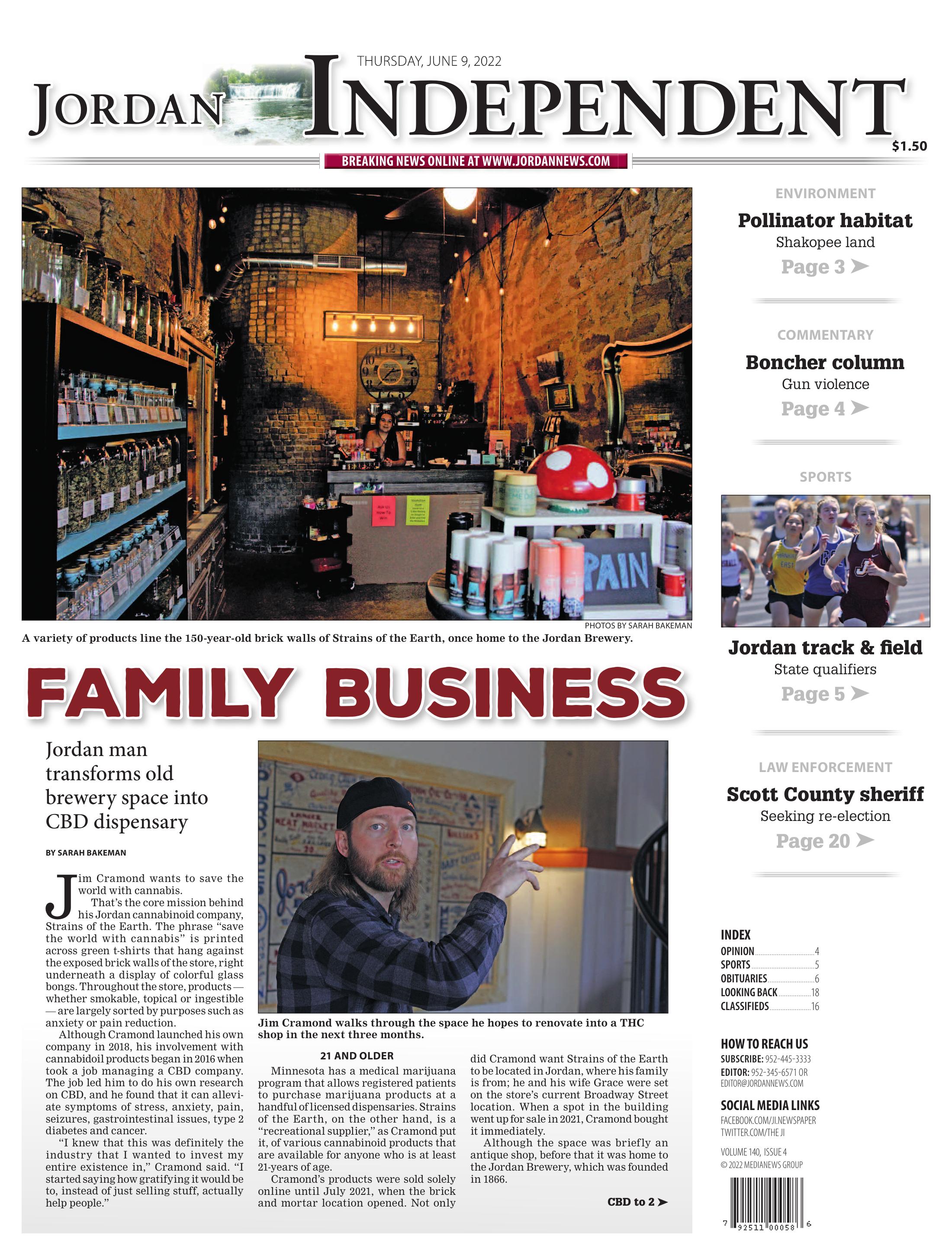 A variety of products line the 150-year-old brick walls of Strains of the Earth, once home to the Jordan Brewery.

Jim Cramond walks through the space he hopes to renovate into a THC shop in the next three months.

Jim Cramond wants to save the world with cannabis.

That’s the core mission behind his Jordan cannabinoid company, Strains of the Earth. The phrase “save the world with cannabis” is printed across green t-shirts that hang against the exposed brick walls of the store, right underneath a display of colorful glass bongs. Throughout the store, products — whether smokable, topical or ingestible — are largely sorted by purposes such as anxiety or pain reduction.

Although Cramond launched his own company in 2018, his involvement with cannabidoil products began in 2016 when took a job managing a CBD company. The job led him to do his own research on CBD, and he found that it can alleviate symptoms of stress, anxiety, pain, seizures, gastrointestinal issues, type 2 diabetes and cancer.

“I knew that this was definitely the industry that I wanted to invest my entire existence in,” Cramond said. “I started saying how gratifying it would be to, instead of just selling stuff, actually help people.”

Minnesota has a medical marijuana program that allows registered patients to purchase marijuana products at a handful of licensed dispensaries. Strains of the Earth, on the other hand, is a “recreational supplier,” as Cramond put it, of various cannabinoid products that are available for anyone who is at least 21-years of age.

Cramond’s products were sold solely online until July 2021, when the brick and mortar location opened. Not only did Cramond want Strains of the Earth to be located in Jordan, where his family is from; he and his wife Grace were set on the store’s current Broadway Street location. When a spot in the building went up for sale in 2021, Cramond bought it immediately.

Although the space was briefly an antique shop, before that it was home to the Jordan Brewery, which was founded in 1866.

The building’s 150-year history is evident to any customers who walk into the middle structure. The ceiling features meticulously constructed barrel vaults made from brick. The wall is decorated with a Jordan Beer and Joe’s Cafe sign, advertising 10-cent hamburgers and 40-cent T-bone steaks. The rounded door at the back of the building does not lead into another room, but instead a system of caves, once used to quickly transport barrels of alcohol.

When transforming the once-brewery into a CBD and THC shop, Cramond kept his changes minimal. After removing some old chandeliers, putting in custom cabinets and planting some flowers out front, Strains of the Earth was ready to move in.

Cramond then faced the continued challenge of building the company’s identity, which, he said, is made especially difficult by misconceptions about the CBD industry.

“There is still an enormous misrepresentation of cannabis products and lack of information,” Cramond said. “The misconception is that it’s bad, it’s psychoactive, it’s bad for the body, it’s only a drug.”

When he’s not ringing up customers or stocking wooden cabinets, Cramond’s work takes many forms. Some days he updates the website, which includes an information page detailing the differences between 19 different types of psychoactive THC and non-psychoactive CBD and a product glossary. There’s even a page offering free products, funded by donations and store contributions, to those who are unable to afford them.

“We want to give as many free products as humanly possible to people in need,” Cramond said.

Other days are spent researching and testing products.

Sometimes he visits cannabis farms, not only as a way to cut out the middleman and get products from the source, but also to help farmers distribute their products more efficiently. Cramond even visits doctors, chiropractors, massage therapists and other medical professionals in the hopes of educating them and getting his products on shelves in their offices.

All in all, his work week usually spans 60 hours.

“This isn’t something where you clock in at eight o’clock and clock out at five,” Cramond said. “This is 24/7 for me. This is my whole existence.”

Cramond also likes to get his family involved.

Grace has her own full-time job, but often helps with tending the flowers out front and organizing products. Cramond’s 11-year-old son Trysten spent many summer days in the store alongside his father last year, not shying away from conversation with customers, entering items on the register and keeping the space tidy. The younger kids, 9-year-old Layten and 5-year-old Emery, like to visit the store after school some days.

“All of us wanted a family business, and that’s what we have,” Cramond said. “It’s been a goal of ours, so we can spend as much time around each other as possible.”

Currently, Cramond is working to expand Strains of the Earth into empty building space near the current store. The selection in the added space would be solely THC products, while the current building would focus on CBD products. Custom cabinets have been ordered for the empty space, and Cramond hopes to open it to customers in three months.

He is also expanding the company’s online presence, working with Omniscience Digital, also located in Jordan, to create another website that will have the sole purpose of educating consumers on the benefits of cannabinoids.

Strains of the Earth is also in the market for a 30-foot camper, which Cramond would gut and transform into a mobile retail store.

Cramond brings all of these plans for the company’s future back to two goals.

“The two core things for us are education and helping people,” Cramond said. “That’s what we stand for, and that’s what we always will stand for.”

“There is still an enormous misrepresentation of cannabis products and lack of information.” 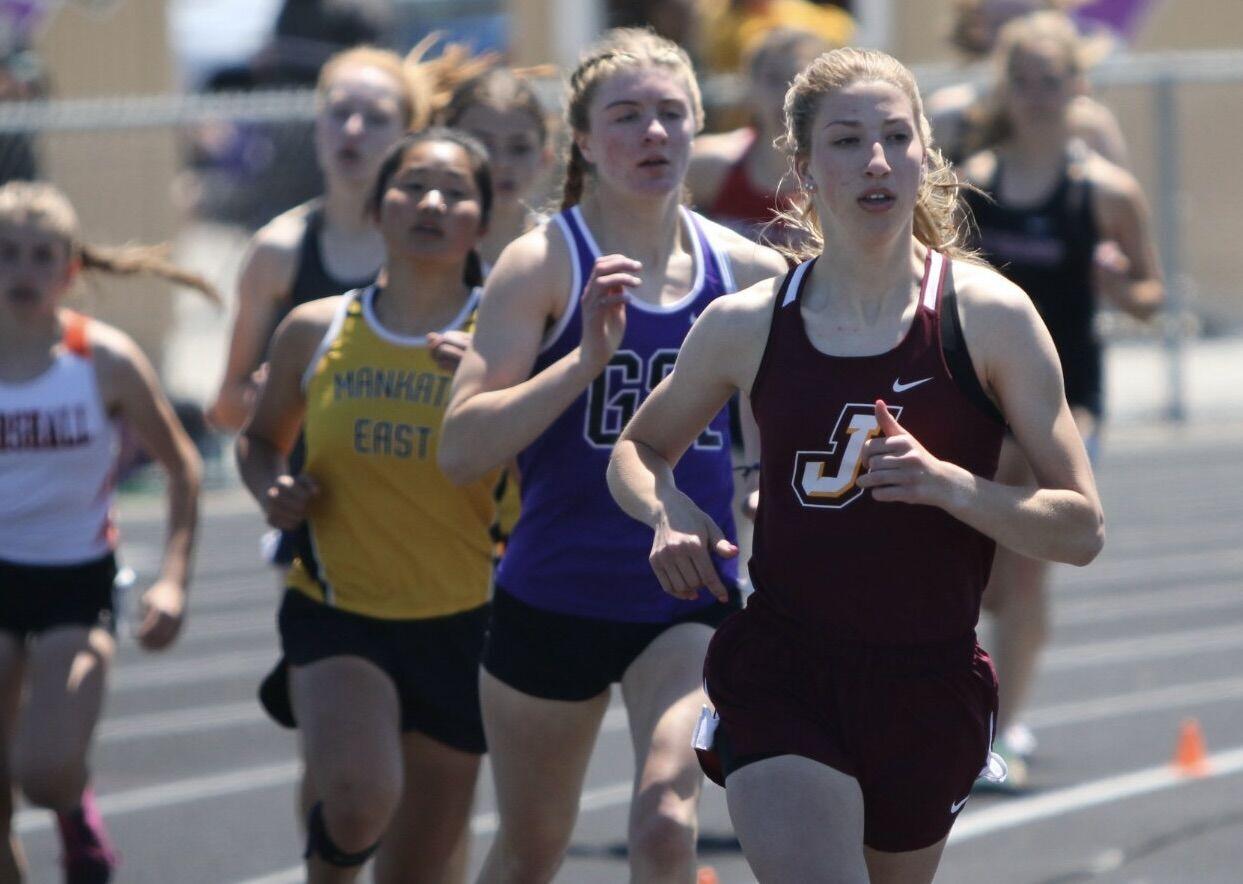