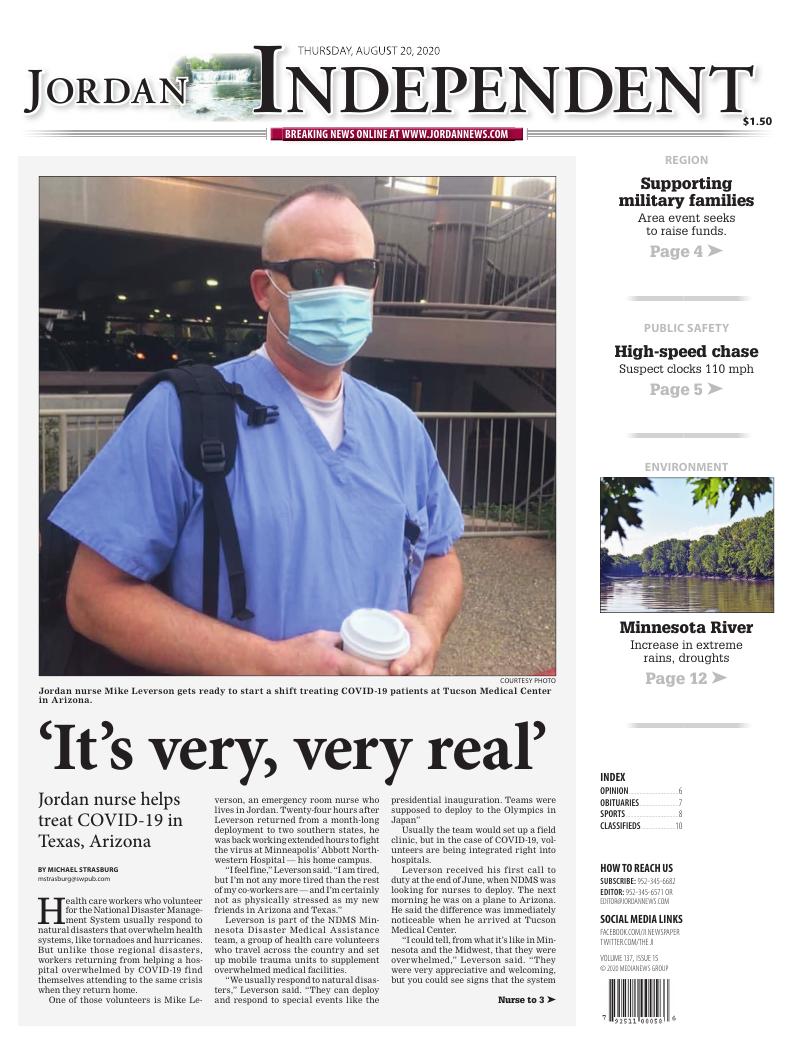 Health care workers who volunteer for the National Disaster Management System usually respond to natural disasters that overwhelm health systems, like tornadoes and hurricanes. But unlike those regional disasters, workers returning from helping a hospital overwhelmed by COVID-19 find themselves attending to the same crisis when they return home.

One of those volunteers is Mike Leverson, an emergency room nurse who lives in Jordan. Twenty-four hours after Leverson returned from a month-long deployment to two southern states, he was back working extended hours to fight the virus at Minneapolis’ Abbott Northwestern Hospital — his home campus.

“I feel fine,” Leverson said. “I am tired, but I’m not any more tired than the rest of my co-workers are — and I’m certainly not as physically stressed as my new friends in Arizona and Texas.”

Leverson is part of the NDMS Minnesota Disaster Medical Assistance team, a group of health care volunteers who travel across the country and set up mobile trauma units to supplement overwhelmed medical facilities.

“We usually respond to natural disasters,” Leverson said. “They can deploy and respond to special events like the presidential inauguration. Teams were supposed to deploy to the Olympics in Japan”

Usually the team would set up a field clinic, but in the case of COVID-19, volunteers are being integrated right into hospitals.

Leverson received his first call to duty at the end of June, when NDMS was looking for nurses to deploy. The next morning he was on a plane to Arizona. He said the difference was immediately noticeable when he arrived at Tucson Medical Center.

“I could tell, from what it’s like in Minnesota and the Midwest, that they were overwhelmed,” Leverson said. “They were very appreciative and welcoming, but you could see signs that the system and the hospitals were overwhelmed with the amount of sick people they were seeing with COVID-19 infections.”

A lack of ICU beds and ventilators were some of the first signs Leverson picked up on.

“They were running very, very short on ventilators,” he said. “If there had been any more acute COVID patients that needed ventilators — I guess I don’t know what they would’ve done.”

Like at Abbott Northwestern, the Tucson staff was working extended hours to accommodate the surge in patients, but it was still a struggle to keep up.

“They were trying to do the same thing but they just couldn’t handle the patients that were coming in with those infections, so the staff was being overwhelmed,” Leverson said.

After working two weeks in Tucson, Leverson headed home for one night before departing to Laredo Medical Center in Texas for another two-week stint.

“The amount of sick people (in Laredo) was greater,” he said. “It stressed that hospital system to a greater degree than it did in Tucson.”

Leverson returned to Jordan and started an overnight shift back at Abbott Northwestern the following day.

“It was great to be back home,” Leverson said. “You flip a switch and go right back to work.”

But Leverson didn’t return to Minnesota with the exact same perspective. He said traveling to and working in harder hit places, instead of watching the events unfold on TV news, helped reinforce his understanding of how critical and taxing the crisis is for the nation.

“This is still real. It’s very, very real,” Leverson said. “It’s not going away yet and we still need to do the things we need to do to take care of the infection and make sure it doesn’t get any worse”

Leverson is a third-generation nurse and a nine-year member of the Jordan Fire Department. 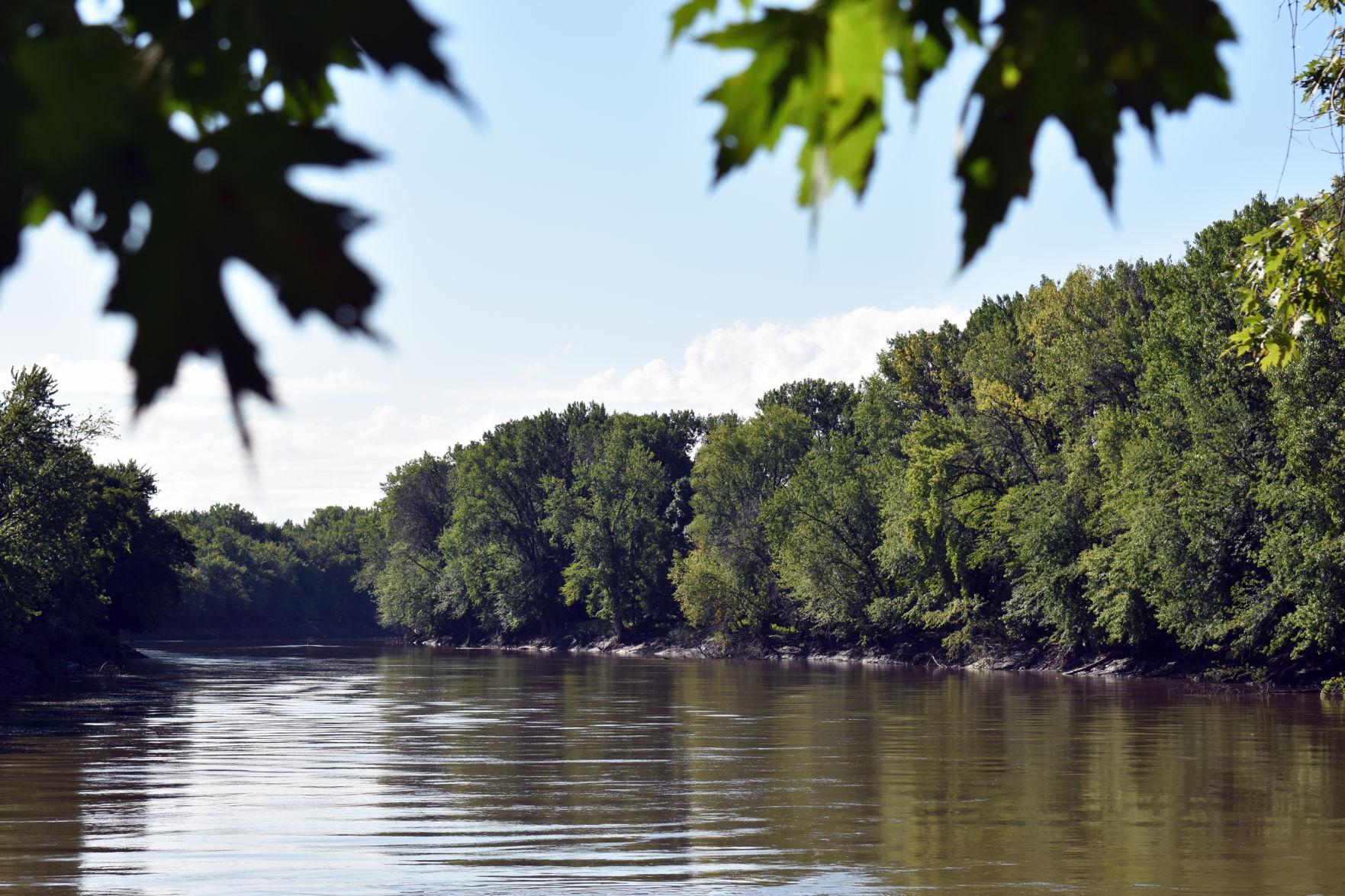 The Minnesota River (pictured in Chaska) has been experiencing greater extremes. 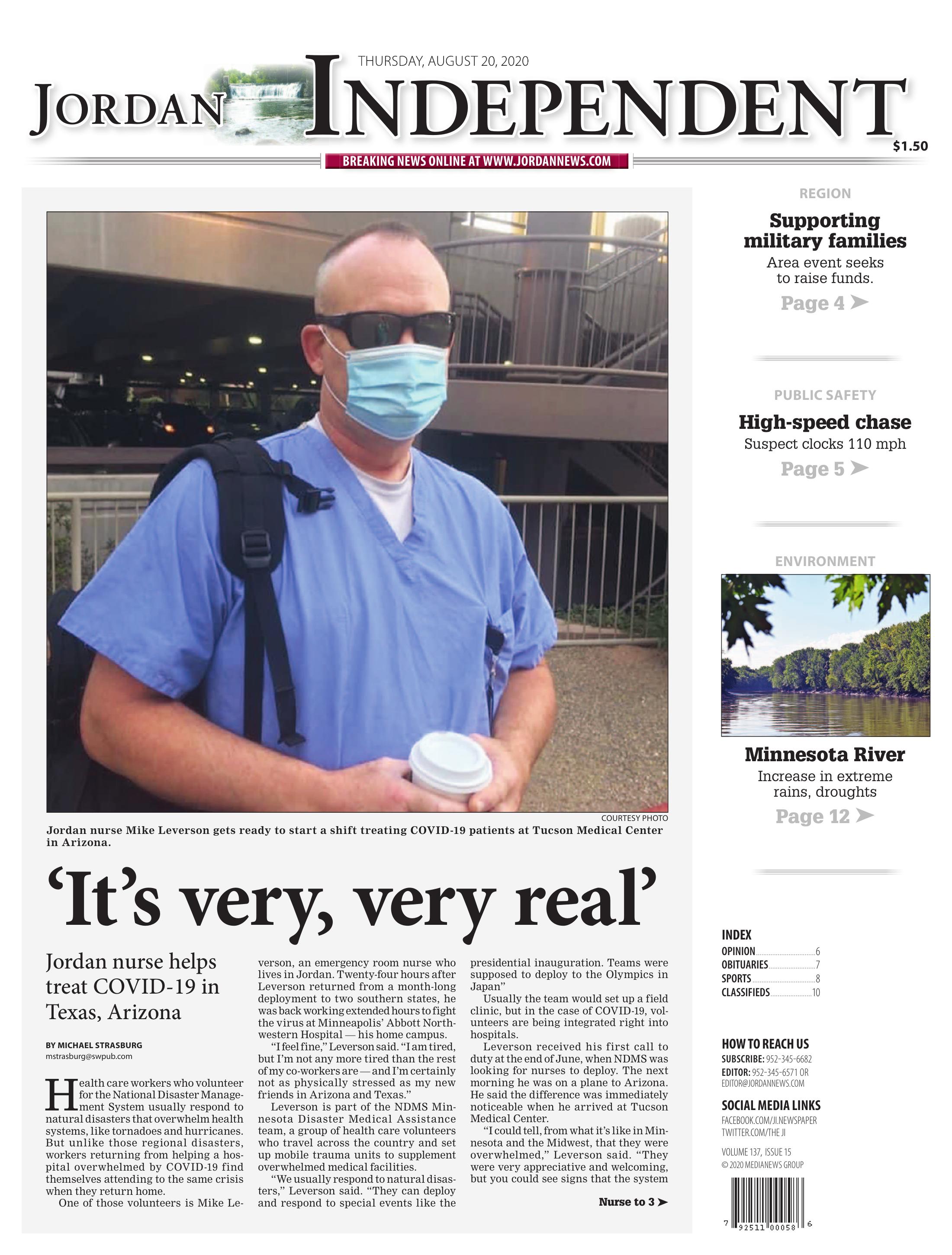