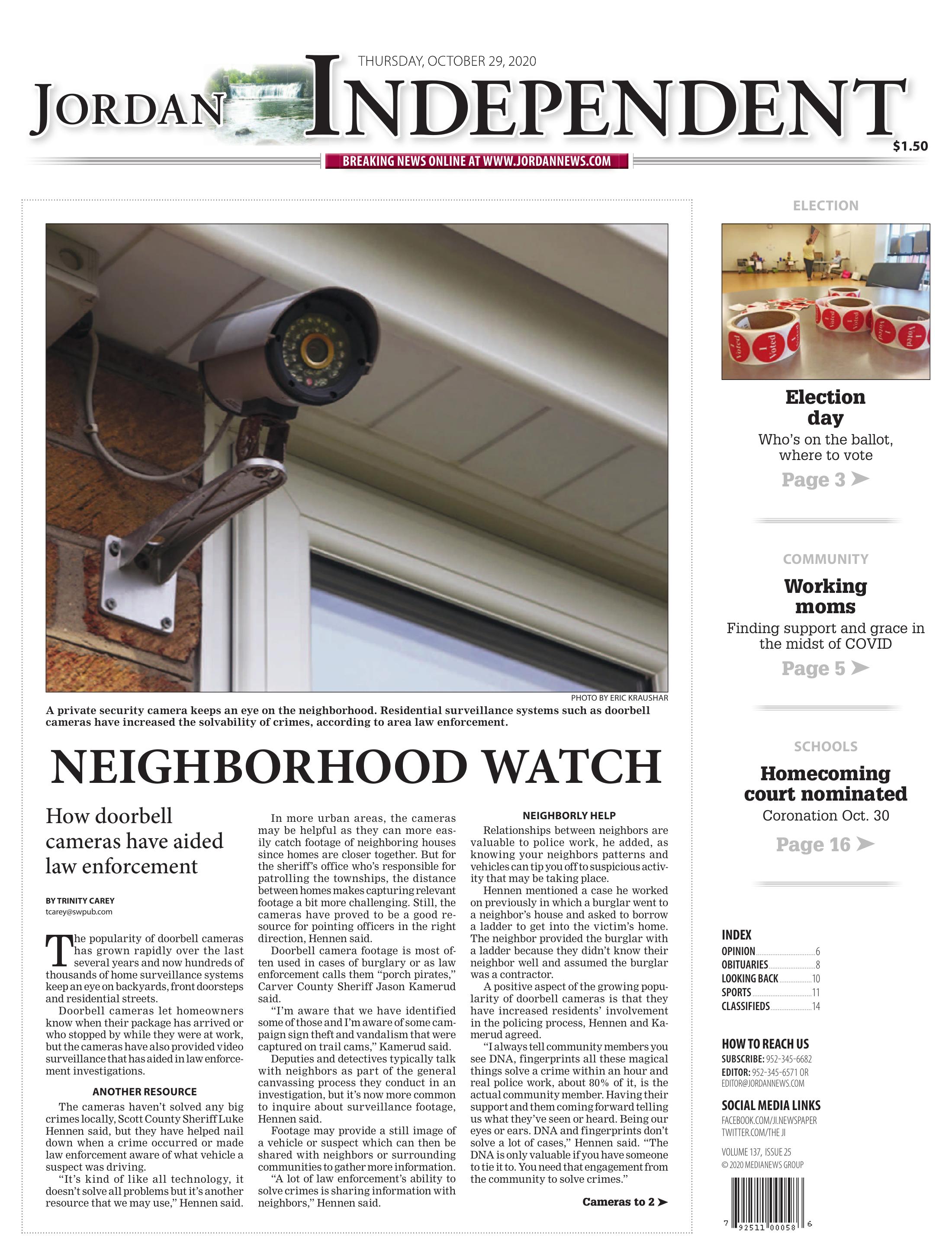 A private security camera keeps an eye on the neighborhood. Residential surveillance systems such as doorbell cameras have increased the solvability of crimes, according to area law enforcement.

Doorbell cameras have increased resident involvement in law enforcement investigations, which has aided in officers ability to solve a crime.

A private security camera keeps an eye on the neighborhood. Residential surveillance systems such as doorbell cameras have increased the solvability of crimes, according to area law enforcement.

The popularity of doorbell cameras has grown rapidly over the last several years and now hundreds of thousands of home surveillance systems keep an eye on backyards, front doorsteps and residential streets.

Doorbell cameras let homeowners know when their package has arrived or who stopped by while they were at work, but the cameras have also provided video surveillance that has aided in law enforcement investigations.

The cameras haven’t solved any big crimes locally, Scott County Sheriff Luke Hennen said, but they have helped nail down when a crime occurred or made law enforcement aware of what vehicle a suspect was driving.

“It’s kind of like all technology, it doesn’t solve all problems but it’s another resource that we may use,” Hennen said.

In more urban areas, the cameras may be helpful as they can more easily catch footage of neighboring houses since homes are closer together. But for the sheriff’s office who’s responsible for patrolling the townships, the distance between homes makes capturing relevant footage a bit more challenging. Still, the cameras have proved to be a good resource for pointing officers in the right direction, Hennen said.

“I’m aware that we have identified some of those and I’m aware of some campaign sign theft and vandalism that were captured on trail cams,” Kamerud said.

Deputies and detectives typically talk with neighbors as part of the general canvassing process they conduct in an investigation, but it’s now more common to inquire about surveillance footage, Hennen said.

Footage may provide a still image of a vehicle or suspect which can then be shared with neighbors or surrounding communities to gather more information.

“A lot of law enforcement’s ability to solve crimes is sharing information with neighbors,” Hennen said.

Relationships between neighbors are valuable to police work, he added, as knowing your neighbors patterns and vehicles can tip you off to suspicious activity that may be taking place.

Hennen mentioned a case he worked on previously in which a burglar went to a neighbor’s house and asked to borrow a ladder to get into the victim’s home. The neighbor provided the burglar with a ladder because they didn’t know their neighbor well and assumed the burglar was a contractor.

A positive aspect of the growing popularity of doorbell cameras is that they have increased residents’ involvement in the policing process, Hennen and Kamerud agreed.

“I always tell community members you see DNA, fingerprints all these magical things solve a crime within an hour and real police work, about 80% of it, is the actual community member. Having their support and them coming forward telling us what they’ve seen or heard. Being our eyes or ears. DNA and fingerprints don’t solve a lot of cases,” Hennen said. “The DNA is only valuable if you have someone to tie it to. You need that engagement from the community to solve crimes.”

In the past when law enforcement received calls of neighborhood theft there were mostly no suspects or witnesses to go off of. Crime solvability has increased as doorbell cameras have become more ubiquitous, Kamerud said.

But having residents more involved can also be problematic.

“I think however sometimes homeowners will instead of reporting it to the police will share it on social media and post that video there and potentially create some controversy and other sorts of dialogue that frankly aren’t all that beneficial,” Kamerud said.

Residents may be unknowingly violating laws related to the release of juvenile data, which are meant to protect youth, by posting photos from their security system online as well, he said.

Hennen has seen residents post images of individuals they assumed were “up to no good” when they may have just had the wrong address.

“It creates this big firestorm of miscommunication and or a risk to that person that maybe didn’t do anything wrong. We want to make sure law enforcement is a part of the process and not an immediate response is to post a video,” Hennen said. “At least if we can do some follow up, we may be able to establish who that person is and why they were at your house and save the miscommunication and potential problems that can arise from quickly sharing something that might not add up.”

While law enforcement often obtains access to security camera footage by simply communicating with neighbors, they can also contact doorbell camera companies like Ring directly. The subscriber will then email anyone in the area that has a camera and ask them to review their footage for certain details that may provide more information to law enforcement, explained Savage Police Administrative Capt. Bruce Simon.

The Savage Police Department also operates SafeCam, a surveillance camera registration program. Once residents have registered, police can contact them if there has been a criminal incident within the vicinity of their security camera to gather information.

“Digital video evidence has become a common and often expected piece of evidence for prosecution,” he said. “There have been many cases in which suspects have been identified by law enforcement or citizens as a result of this type of evidence.”

“A lot of law enforcement's ability to solve crimes is sharing information with neighbors." 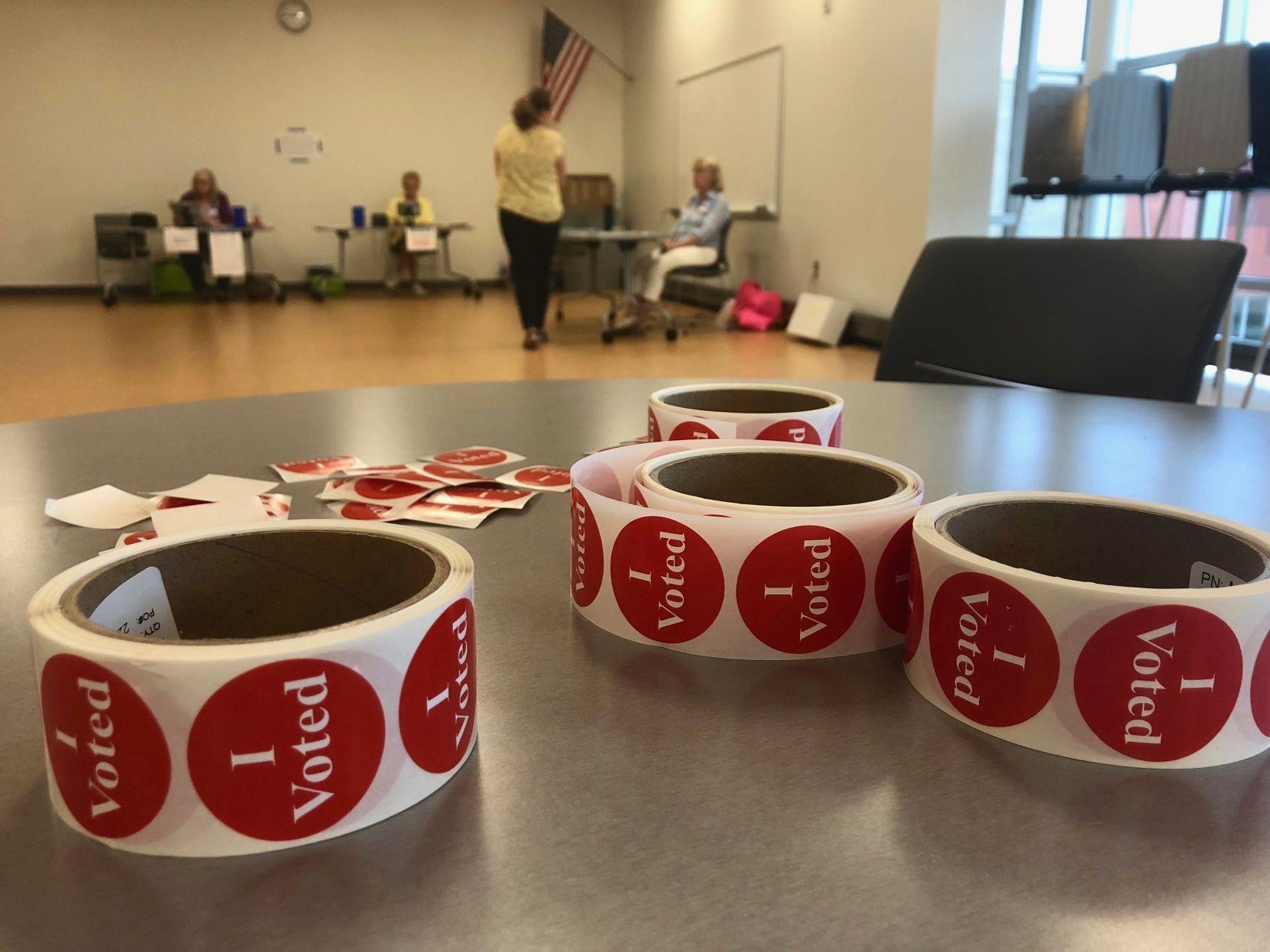