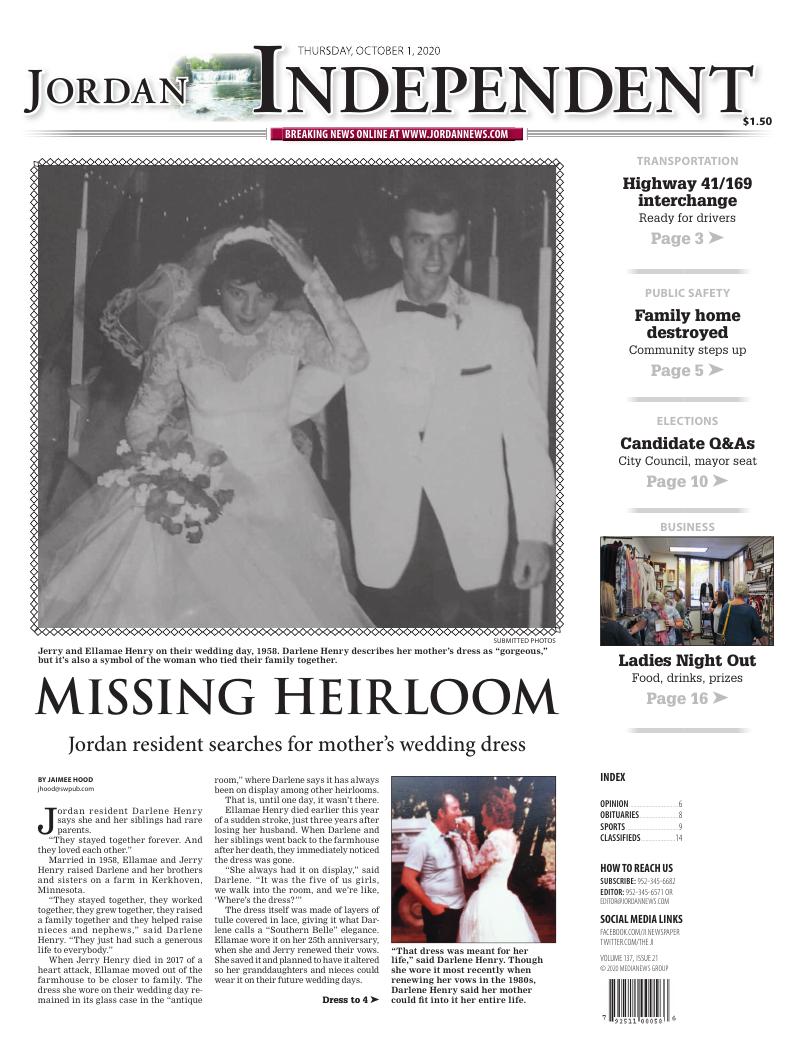 Jordan resident Darlene Henry says she and her siblings had rare parents.

“They stayed together forever. And they loved each other.”

Married in 1958, Ellamae and Jerry Henry raised Darlene and her brothers and sisters on a farm in Kerkhoven, Minnesota.

When Jerry Henry died in 2017 of a heart attack, Ellamae moved out of the farmhouse to be closer to family. The dress she wore on their wedding day remained in its glass case in the “antique room,” where Darlene says it has always been on display among other heirlooms.

That is, until one day, it wasn’t there.

Ellamae Henry died earlier this year of a sudden stroke, just three years after losing her husband. When Darlene and her siblings went back to the farmhouse after her death, they immediately noticed the dress was gone.

“She always had it on display,” said Darlene. “It was the five of us girls, we walk into the room, and we’re like, ‘Where’s the dress?’”

The dress itself was made of layers of tulle covered in lace, giving it what Darlene calls a “Southern Belle” elegance. Ellamae wore it on her 25th anniversary, when she and Jerry renewed their vows. She saved it and planned to have it altered so her granddaughters and nieces could wear it on their future wedding days.

Now, however, it’s nowhere to be found.

Darlene and her siblings have done their due diligence to track the dress down.

They’ve called every dry cleaner and bridal shop in Swift County and surrounding areas, hoping their mom had the dress sent off to have it cleaned or repaired and forgot to mention it to her kids.

Another hunch Darlene has is that her mom was planning to have the fabric of the dress cut up to make ring bearer pillows so more family members could have a piece of the heirloom.

So far, their search has turned up nothing.

“The thing is with my mom, she would travel,” said Darlene Henry. “She had no problem if she thought somebody 100 miles away was going to do the best job.”

They even checked Ellamae’s smartphone maps to see if she had traveled anywhere out-of-the-ordinary in the months leading up to her death. Her location tracking services were turned off.

“It’s like it’s vanished from the world,” said Darlene Henry. “Almost like she took her dress with her when her soul went to heaven.”

Darlene Henry has another niece getting married this weekend, and she won’t be wearing her grandmother’s dress at the altar.

Still, Ellamae’s legacy in her family is one of showing up for those she loved.

“She has 36 great-grandchildren, and they all know her,” said Darlene.

Just weeks before her passing, Ellamae drove eight hours by herself to attend a drive-through bridal shower for the same granddaughter.

“She was just there,” she said.

Now, Darlene Henry lives in Jordan with her son and his three children, and is helping them with virtual home-schooling. Like her mother, Darlene Henry said, she goes where her grandkids are.

Though they haven’t found anything yet, she hasn’t given up hope that their family will recover the dress, a symbol of their shared history, family and home.

“Say a prayer for us, and talk to any seamstresses you know,” she said. “We’re keeping the faith that we find it.”

Anyone who may have information about the dress can contact Darlene Henry at dhenry673@gmail.com. 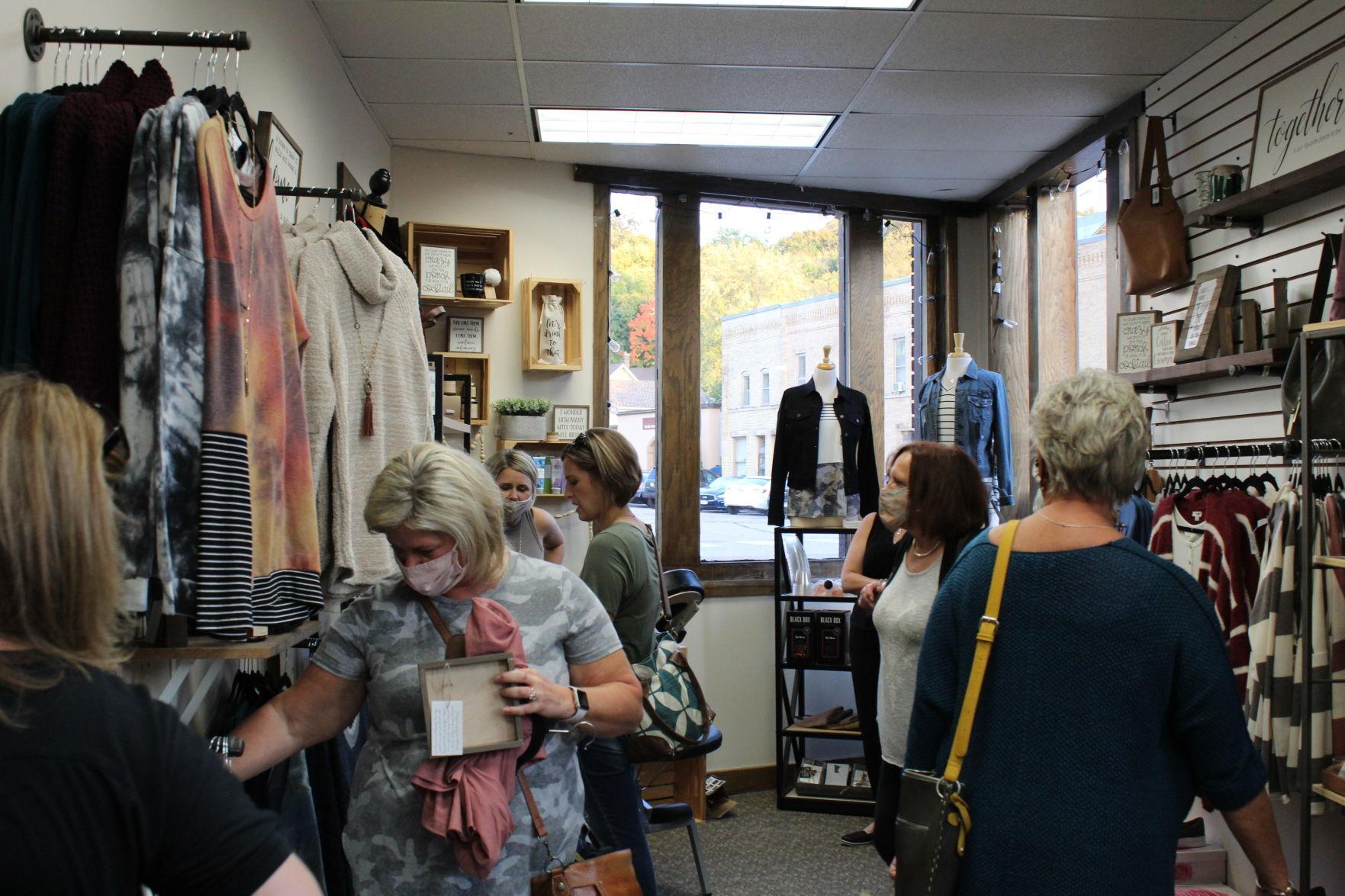 Free massages were offered inside Bluff Creek Boutique, along with prizes and giveaways throughout the night. 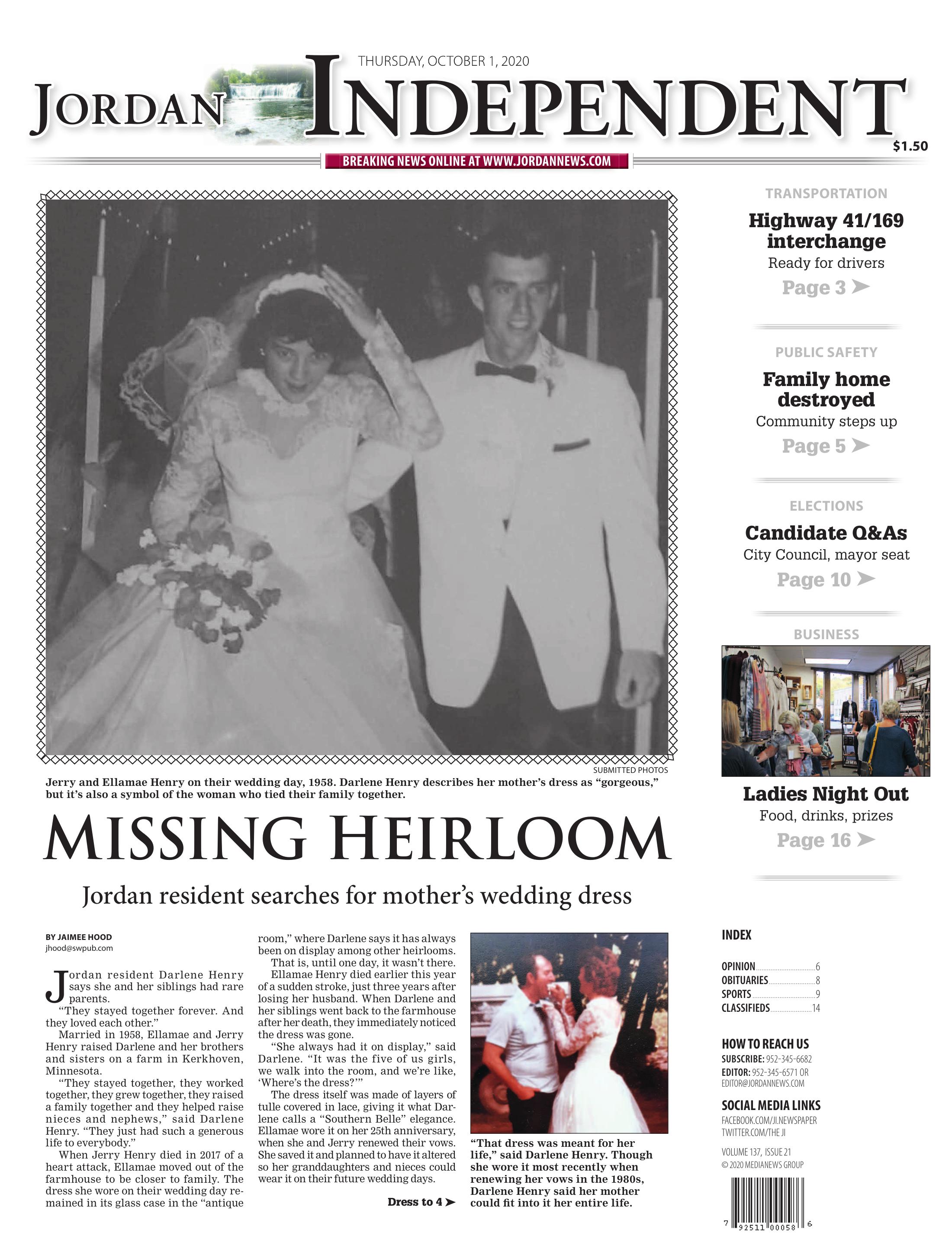