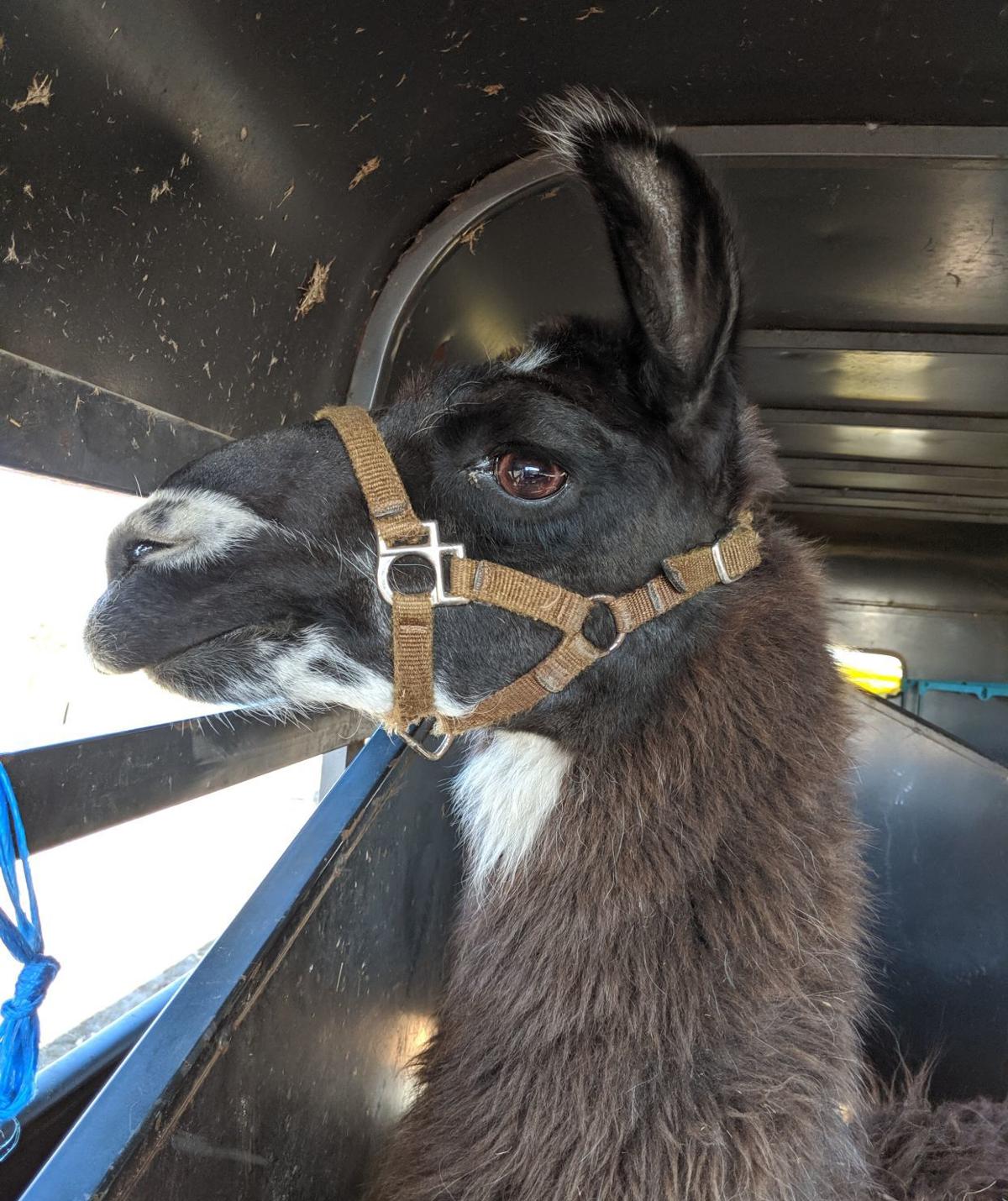 Larry in a trailer as he’s transported to a foster farm in Princeton. 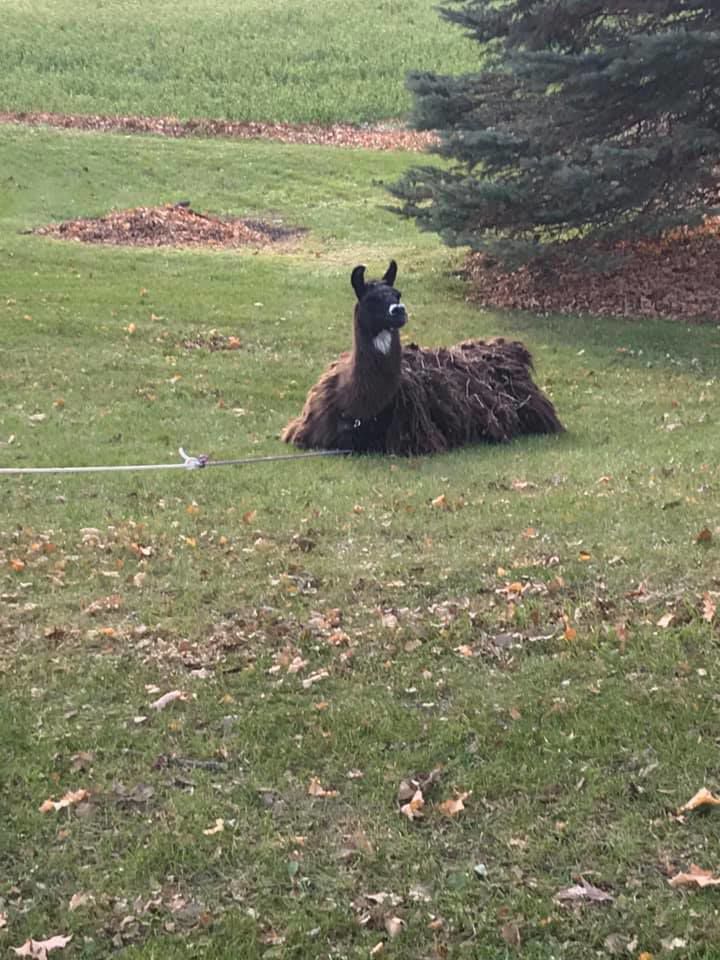 Larry the llama rests in a Sand Creek Township yard, hitched to a tree. 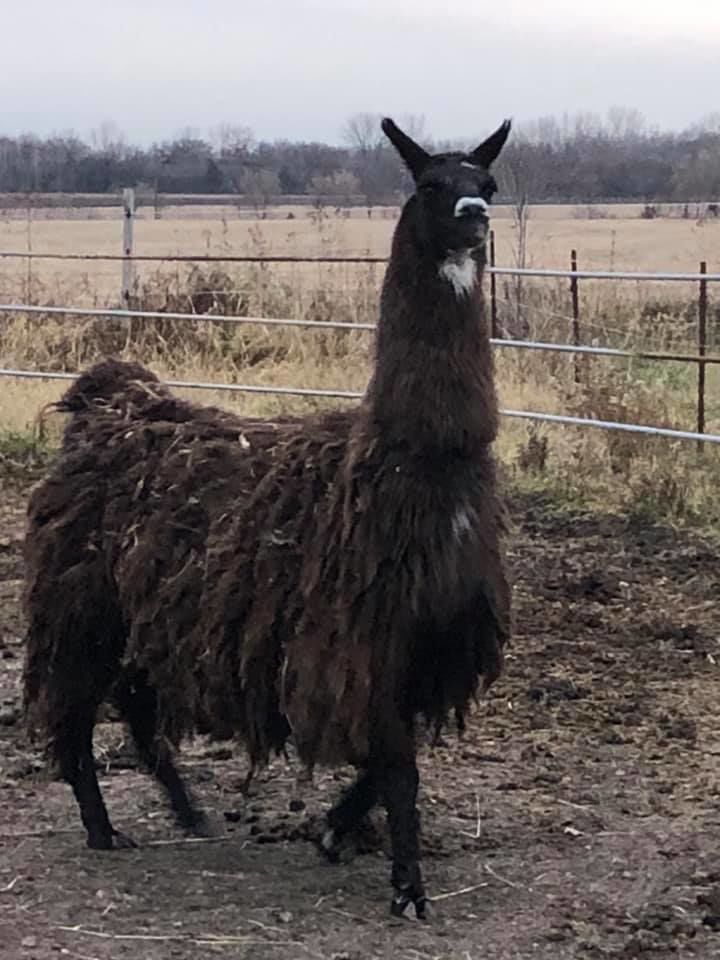 Larry the llama was cared for by Minnesota Critter Getter Animal Control for three weeks. 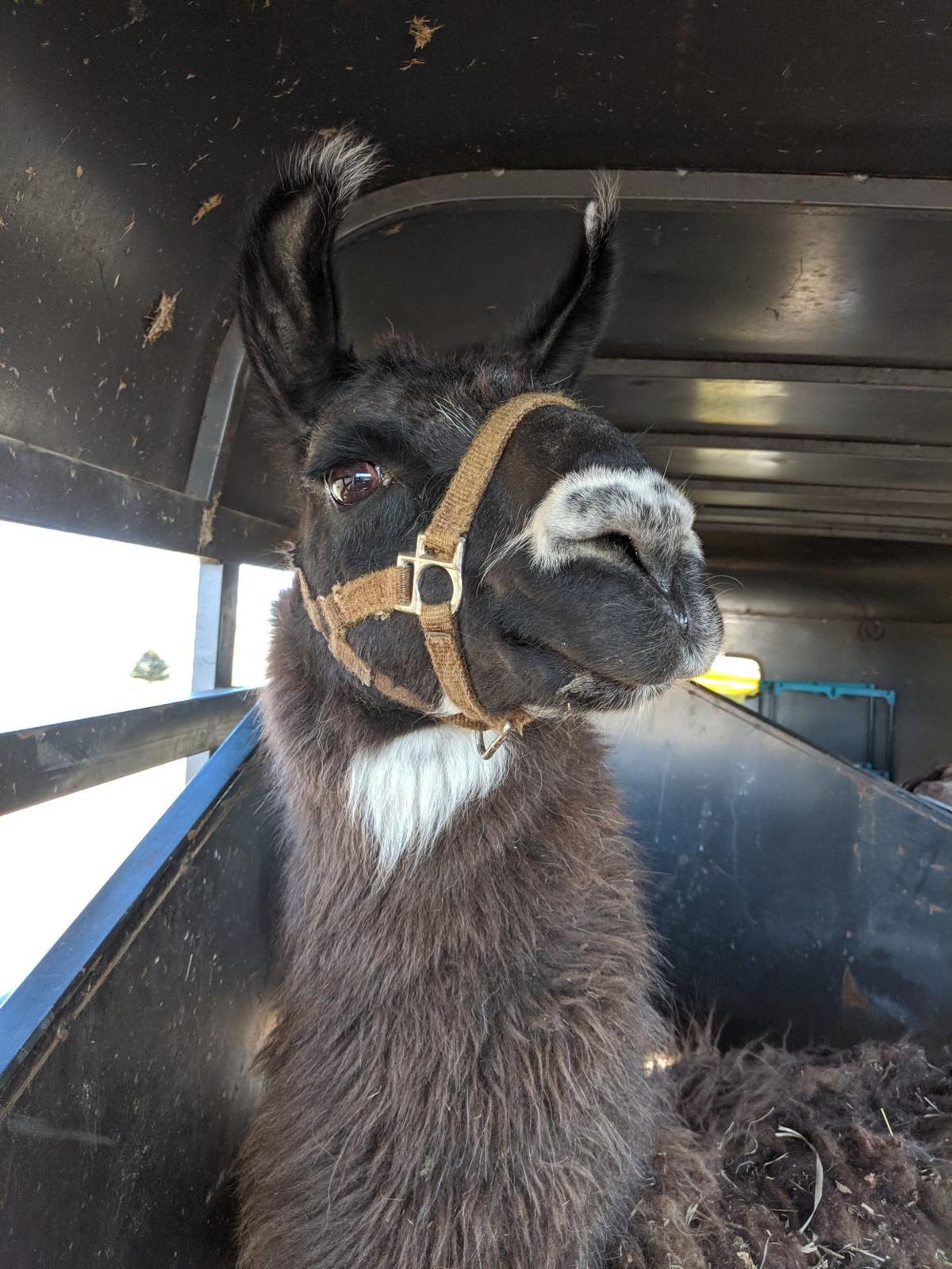 Larry in a trailer as he’s transported to a foster farm in Princeton.

An abandoned llama found outside Jordan may live out the rest of his years in a loving home, thanks to the help of Minnesota Critter Getter and a committed group of llama enthusiasts.

Larry the llama, as he's being called, was found loose in Sand Creek Township last month near the intersection of West 200th Street and Forest Avenue, just outside Jordan city limits. Larry showed up in a yard, where he charged and chased the residents. The homeowners were eventually able to fit a dog collar around Larry's neck and hitch him to a nearby tree while they phoned the Scott County Sheriff's Office.

Minnesota Critter Getter Animal Control arrived a short while later and removed the llama from the yard.

"We had to get him from spitting on us, of course," Critter Gitter owner Sandra Steinmetz said. "But we untied him from the tree and he walked right into the horse trailer."

Larry was transported to a corral in Henderson where Steinmetz stables horses.

"He was really interested in my pony, which would make sense because the gentleman that had him had a pony in there with him and they were best friends," Steinmetz said. "He sold the pony and the llama decided it didn't want to be in the pen anymore."

Steinmetz tracked down the owner, who said Larry escaped. She said the owner didn't want to take Larry back and released him to Critter Getter.

"He did not have the facilities to put up with a llama ... he actually did what was best for the animal in my mind," Steinmetz said.

Steinmetz stabled Larry for three weeks while she looked for a host to rehabilitate the llama.  During that time, Larry earned a reputation as an escape artist by sneaking out of his pen, which was lined by a 6-foot electric fence.

"He got out of my pen three times, he's clever," Steinmetz said. "He had so much hair that he would lay on the bottom wire and it wouldn't attack him because there was too much (fur) there and he'd crawl out."

Steinmetz, who'd never cared after a llama, gained Larry's trust by feeding him daily and spending time out by the fence and allowing him approach her.

"It got to the point where he would come up and I would pet him," she said. "He was a nice llama, he just needed some reinforcement. I think he's going to make a great pet."

Within hours of sharing Larry's situation on the Critter Getter Facebook page, Steinmetz received a far-reaching response, with people from across the Midwest — and even California — offering to stable the llama.

"I had a lot of people contact me, which was amazing — the amount of people that wanted to step up for him," Steinmetz said.

One of those responses was from Southeast Llama Rescue, a North Carolina-based nonprofit that specializes in finding homes for abused, neglected and unwanted llamas and alpacas. SELR doesn't have a proper Minnesota bureau, but the nonprofit frequently contacts Joan Dobbert of Princeton for private rescues in Minnesota. In the case of Larry, they put her into contact with Steinmetz right away.

Dobbert, a former educator, has raised horses her entire life and started focusing on llamas 10 years ago. When she retrieved Larry from Critter Getter, she said he was eating but still underweight. She said he needs to be dewormed, castrated and have his teeth filed. Larry's fur is also very long, but it is too late in the season to shear. Dobbert said they'll wait until spring.

"It will have to be cut off by hand with a scissors because I won't be able to get a shears under there," she said.

After hearing about Steinmetz' early struggles with Larry, Dobbert was surprised to see how kind the llama had become.

"He is very friendly, almost too friendly," she said. "He doesn't know the difference between humans and llamas."

Dobbert said that personality trait is common in llamas that were raised with extensive early contact, similar to how horses are raised. Llamas, she said, require very little contact when young in order to have a healthy relationship with humans.

"When llamas are handled daily as young animals they don't have a line between llamas and humans, so they treat us like llamas, which means if they're mad they'll spit on us or chest-butt us and knock us over, but when we're people they don't do that," Dobbert said.

But the friendliness may work in Larry's favor. Dobbert already has two potential homes lined up. First right of refusal goes to a young Milaca woman who's leased a llama from Dobbert for eight years.

"If she decides she likes him she'll take him to where she boards her horse, and it will be just about perfect because this llama loves horses," Dobbert said.

If taken in by the young woman, Larry will be trained for competition. Dobbert said this could be a very good fit, since a large part of competing is what she calls "public relations" — interacting with humans at shows and fairs. The second adoption option is a sanctuary where Larry would live out the rest of his days guarding a flock of sheep.

"It would be great because he'd have companions and he would have a job," Dobbert said. "One of these two families is probably taking him."

Back in Henderson, Steinmetz said the outcome is the best thing anyone in animal control could hope for.

"The support that we get from the people is very much appreciated," Steinmetz said. "Standing behind your local animal control is amazing because we love the animals just as much as everybody else, we're not there to harm animals. My job is to help them and I think that is what we did for this llama."

Correction: This story previously reported Larry was found resting on a lawn. The Independent was informed that the llama was not resting and initially chased the homeowners.