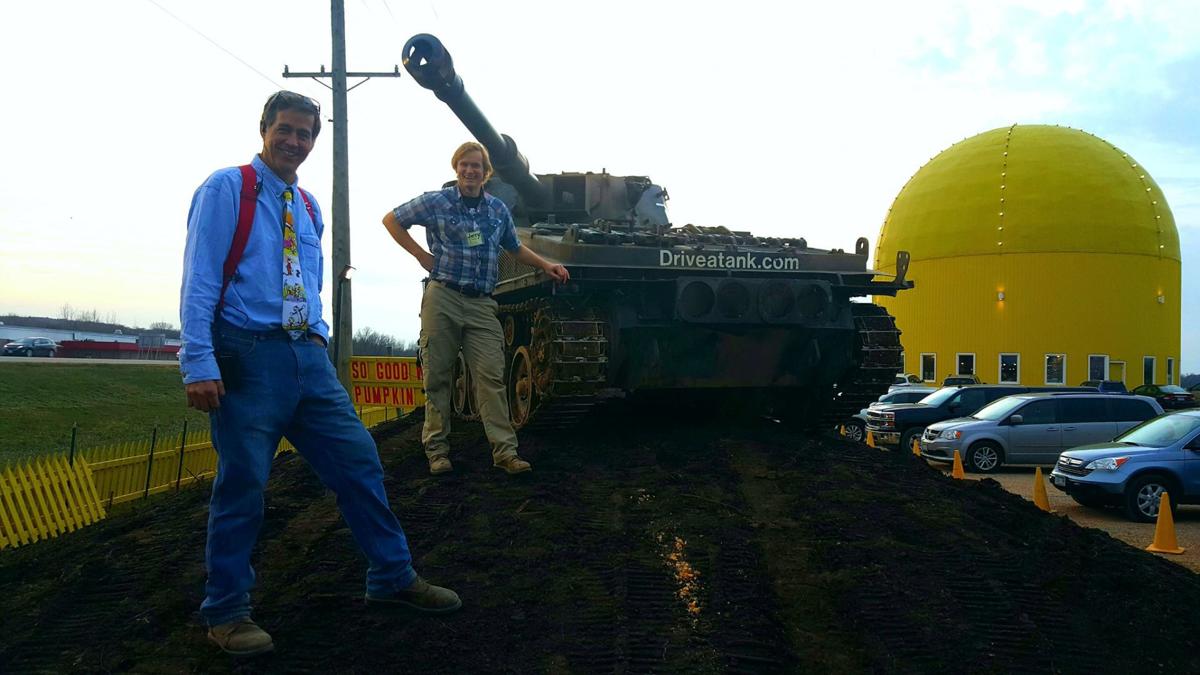 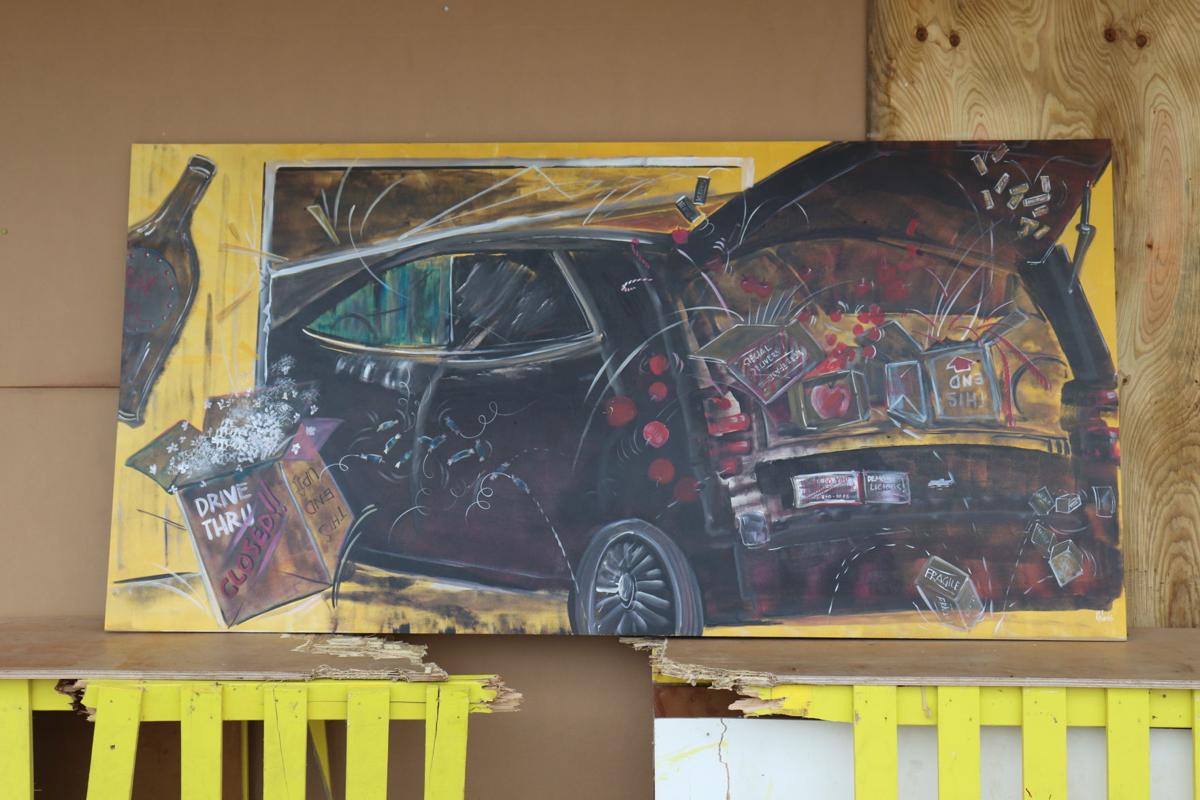 A painting depicting a Chevy Equinox lodged in the side of Minnesota’s Largest Candy Store was completed by Lana Beck. The painting will be displayed on the new exterior wall.

JORDAN — In light of a recent string of business burglaries across rural Scott County, Minnesota's Largest Candy Store, in line with their signature tongue-in-cheek brand, has prepared to defend their premises with a significant boost in security.

A 16-ton Abbot military tank rolled up to the Jordan candy store Saturday afternoon to help ward off any would-be criminals. The British tank, transported by Drive-A-Tank in Kasota, is outfitted with a 105mm gun and a fully rotating rear turret.

"The owner of Drive-A-Tank will be delivering his tank in a joint effort to restore peace and justice in this part of the valley," candy store employee Jerry Kornder said.

The candy store was the target of an early-morning burglary on Halloween, when suspects stole three cash registers and two vehicles parked at the store. Kornder said both vehicles have since been recovered, but no one has been apprehended.

But the Saturday display signals that the candy store won't take the transgression lying down. The tank is set to remain outside the store until the end of their season.

"We're going to park it in the pumpkin patch and secure our perimeter," Kornder said.

"First he hit Whoville, then he hit Jim's ... Mr. Grinch stole our cash registers, so now we're beefing up our security!" a post on the candy store's Facebook page said.

The Halloween burglary is the latest misfortune to strike the candy store this season. In the early hours of Aug. 11 a vehicle veered off Highway 169 and crashed into the front of the store, a mere 20 feet away from the store’s Guinness-certified world’s largest jigsaw puzzle.

The collision demolished Peanut Place, the store’s section of peanut butter candy, and struck a 60-foot table that held more than $50,000 worth of imported German and gourmet chocolate. Management's response the following day was to install a mural over the point of impact illustrating the accident.