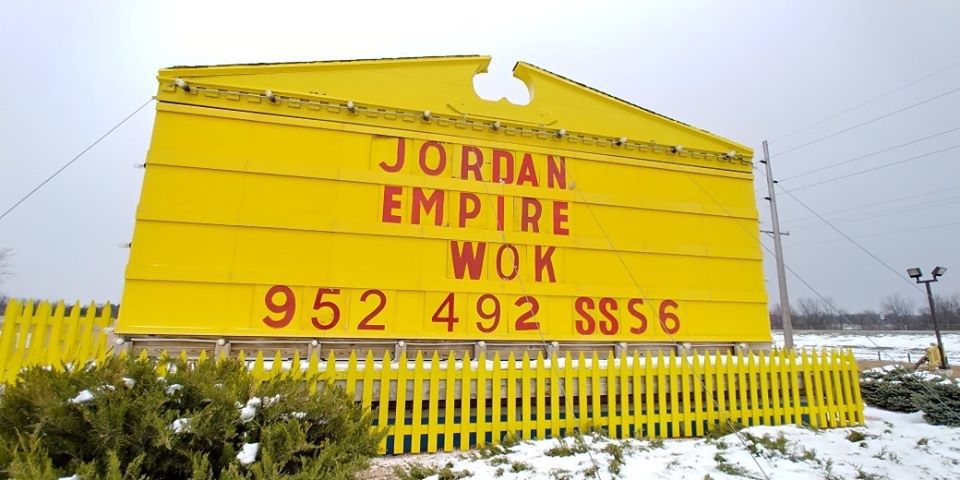 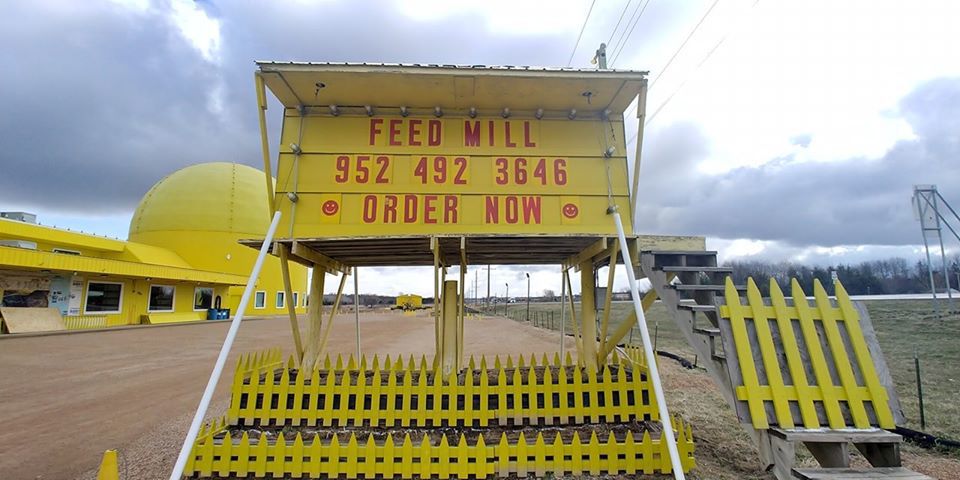 Some of the Jordan restaurants featured on the signs include Clancy’s Bar & Pizza Parlor, The Feed Mill, Linsey’s BBQ & Grill, Empire Wok and Delia’s All-in-One.

Some of the Jordan restaurants featured on the signs include Clancy’s Bar & Pizza Parlor, The Feed Mill, Linsey’s BBQ & Grill, Empire Wok and Delia’s All-in-One.

Minnesota’s Largest Candy Store is known for catching the eyes of drivers along Highway 169 with their large yellow signs, typically emblazoned with wry, tongue-in-cheek humor.

But owner Robert Wagner has set aside the zingers for the past few weeks in favor of helping local restaurants with free take-out advertisements. Wagner said his heart goes out to the industry, having grown up around Wagner’s Supper Club — a restaurant that was was owned and operated just up the highway by his family for four decades.

“That business is subject to the whims of the economy,” Wagner said. “Going out to eat is never a necessity, so during any economic downturn the restaurants are affected almost immediately.”

Shortly after the business shutdown started, Wagner and his crew put together a list of local restaurants and gathered their contact information. Within a few days, they dedicated the store’s large parking lot sign to a couple restaurants offering take-out. It didn’t take long for people to notice.

“The reaction was so positive right off the bat that we then decided to dedicate both of our signs to it,” Wagner said. “At any moment we would have four restaurants advertised.”

“We’re extremely grateful for the owner of the candy shop to put us up there and feature us,” Delia’s manager Gabriel Lopez said. “It’s great for us and the fact that they’re using their platform to ultimately help other small businesses is just great.”

Wagner said the signs are changed weekly on a rotational order. Photos of the signs are also featured on the candy store’s Facebook page, which has more than 80,000 followers.

During the candy store’s regular season, a large painted map is displayed alongside the store, listing attractions in the area. Wagner said the restaurants have been included on the hand-painted sign as well.