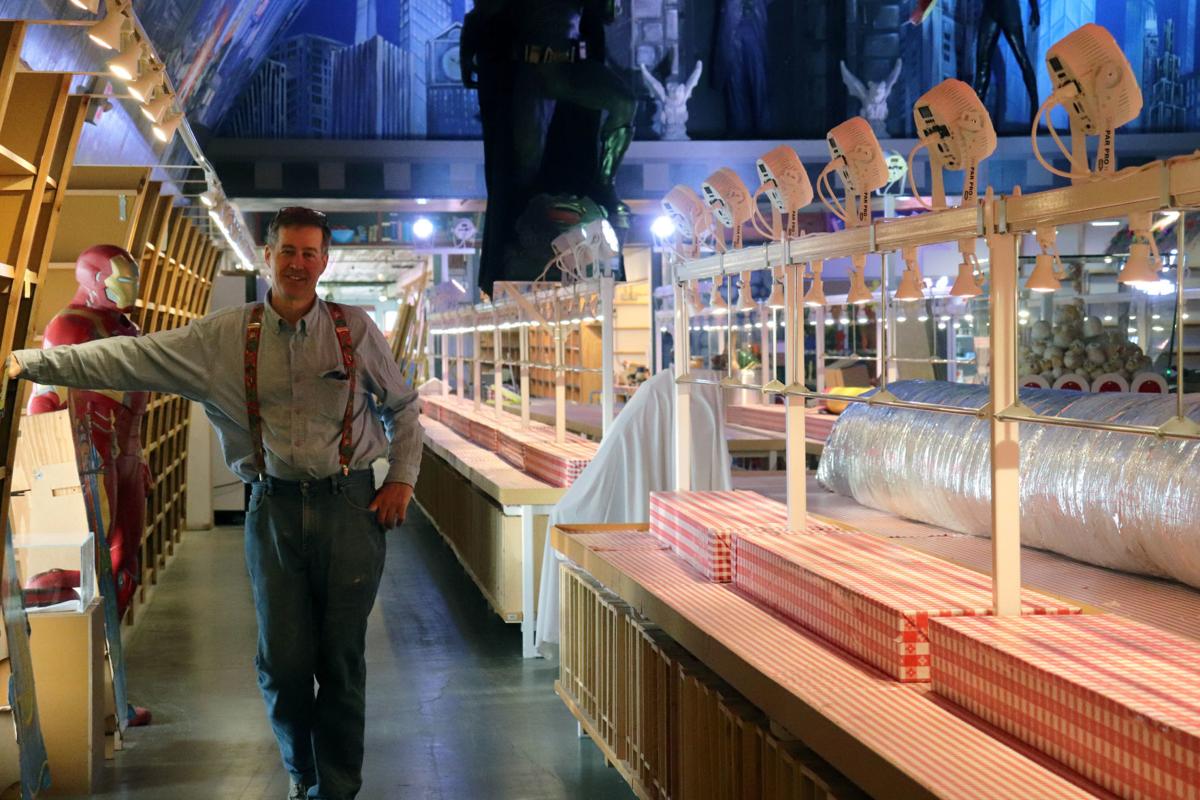 Candy store owner Robert Wagner trades in his trademark red suspenders for a Christmas-themed pair as he and a handful of full-time candy store employees work over the winter months. 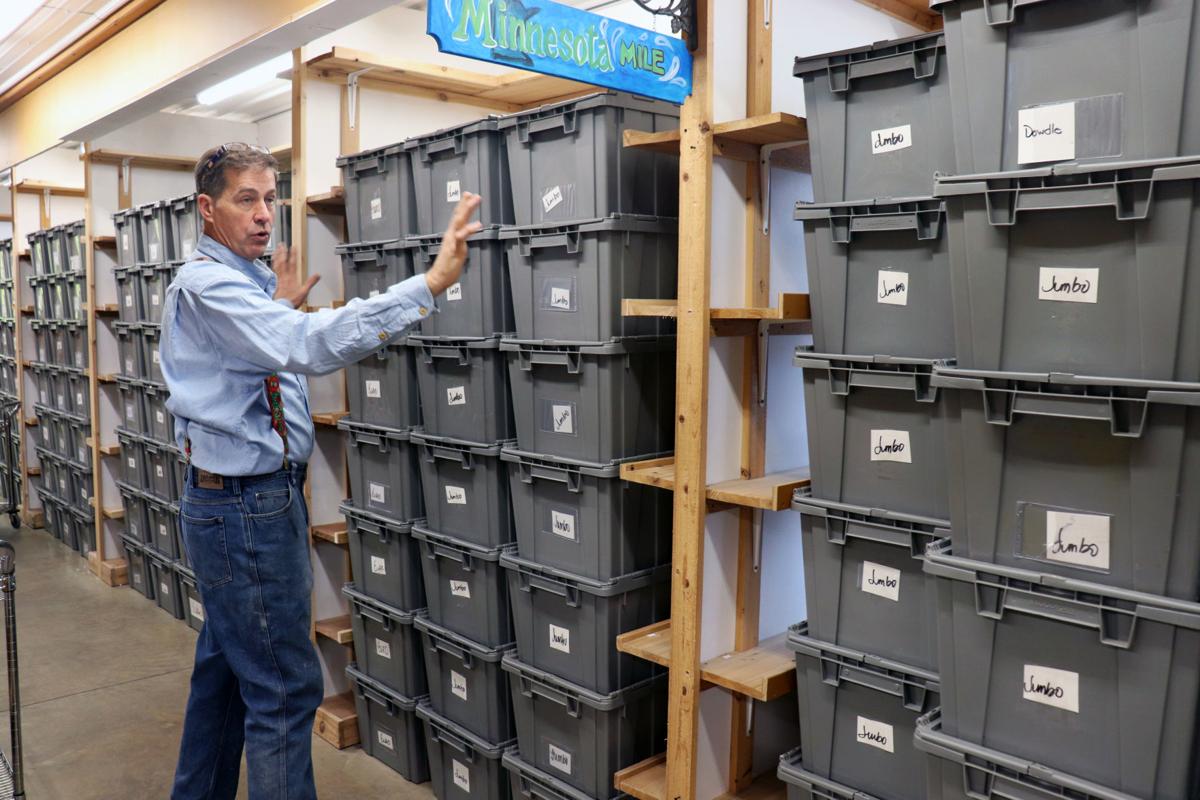 Robert Wagner explains how thousands of puzzles are boxed up and inventoried at the candy store every December. 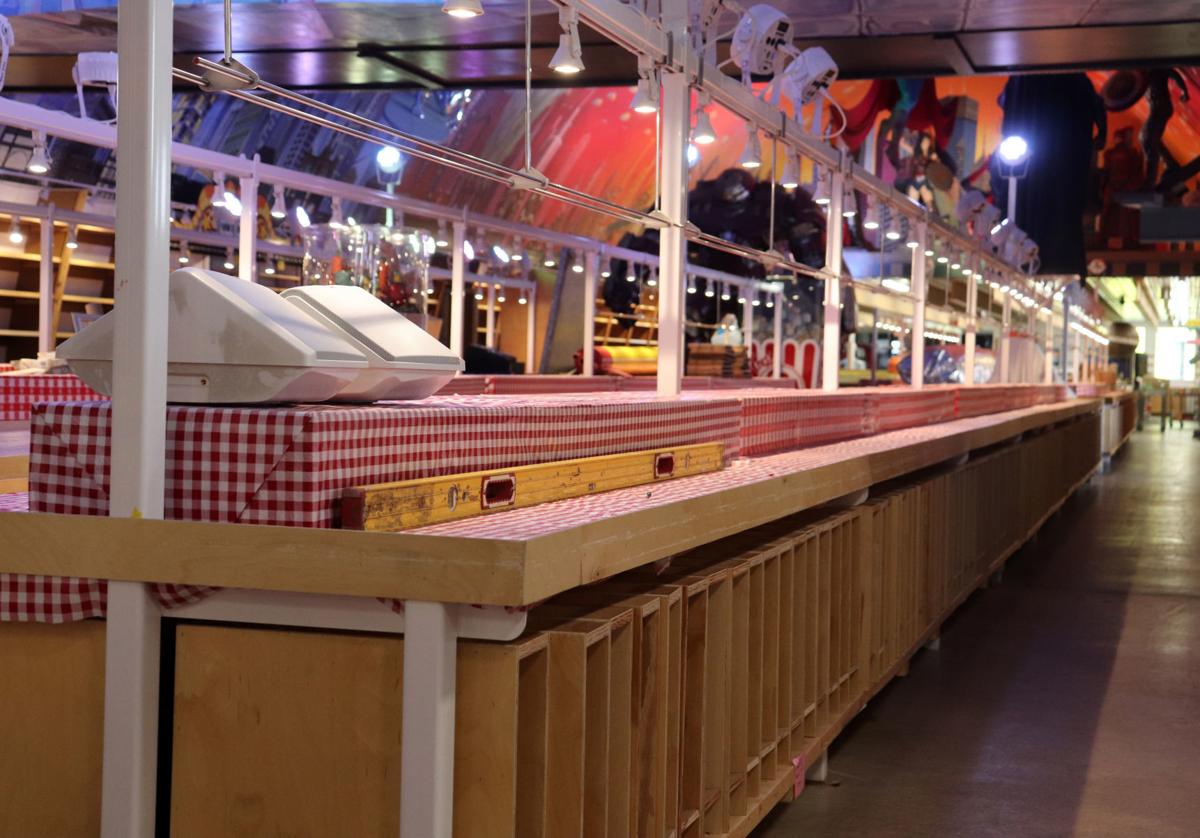 Candy store owner Robert Wagner trades in his trademark red suspenders for a Christmas-themed pair as he and a handful of full-time candy store employees work over the winter months.

Robert Wagner explains how thousands of puzzles are boxed up and inventoried at the candy store every December.

Call it a sugar rush, but the activity never stops at Minnesota's Largest Candy Store — even when it's closed for the season.

Less than one month after owner Robert Wagner closed up shop, the shelves are cleared and major improvement projects are underway. Candy never sleeps at the big yellow barn, located just south of Jordan.

"The first thing that takes place is vendors come and pick up their product," Wagner said.

Each year varies, but Wagner estimates about a third of the candy store's product is returned to vendors for a refund. Returning products include fudge, cheeses and frozen meats.

"They take it back so we don't have to figure out what to do with it," Wagner said. "As long as they're inside of the food safety network, you can do that."

Perishables that can't be returned, or candy that will reach its sell-by date before next year's grand opening, is up for grabs at the company Christmas party and is donated to regional food shelves and charitable organizations.

Wagner said the shelves are usually cleared by staff within four days of the store closing. By November, the candy store stops receiving new product. Some vendors who refund extra stock begin phasing out the product even earlier. But as products sell out, Wagner makes sure shelf space stays full.

"As we're selling out these shelves start filling up with jigsaw puzzles," Wagner said. "The store still looks full to the eye, but there is not a lot of perishable product."

In addition to candy, the store stocks thousands of jigsaw puzzles from 60 companies. In the first couple weeks of the off-season, staff inventories every single puzzle and sends the list to each company.

"We give that to the puzzle company and tell them 'this is what we have, make us whole again. We want every single puzzle you make — sight unseen,'" Wagner said. "So when we start the season we have, for all practical purposes, every single puzzle that's available in North America and part of Europe."

All this work, and more, is done by about eight full-time winter employees — a far cry from the 180 employees that work at the store during the summer and fall season. One of the most time consuming projects for the winter staff is pruning apple trees.

The company owns orchards in Blakeley and Sand Creek townships, containing about 10,000 apple trees. Almost all the apples go directly to the candy store. In the winter, most of the work is pruning the crop, which Wagner said is tremendously time consuming considering the limited winter staff.

"We do it every single day," Wagner said. "We've never gotten done. If you don't get done it's OK because next year you start with the ones you didn't do the prior year. But we get through a majority of them."

Another constant winter activity is implementing improvements to the store — no matter how big or small. This starts when some of the staff sits down at the end of the year for a brainstorming session.

"Over the course of the season, there are about four of us who, if we see something, we write it down in our little book and compile a list of things we need to do," Wagner said.

That list ends up containing about 250 maintenance items and improvement ideas every year. At the end of the brainstorming session the group develops a list of priorities to tackle over the winter.

For the last three years, these improvements have coincided with major remodeling projects that develop themed sections of the store. If they didn't have the entire winter to dedicate to improvement, Wagner said, they probably wouldn't be successful.

"The weakness of a seasonal business is the temptation to step away from it for a little while and be away for too long. Then you get back a little before opening and it's not fresh, it's not different," Wagner said.

This winter, five teams of artists will complete an off-season remodeling project similar in scope to the planetarium addition in 2017, the Gotham City remodel in 2018 and the Frozen re-fit in 2019.

As for the new addition's theme, Wagner is keeping his lips sealed. Visitors will be able experience the remodel first-hand when candy store reopens on Mother's Day.