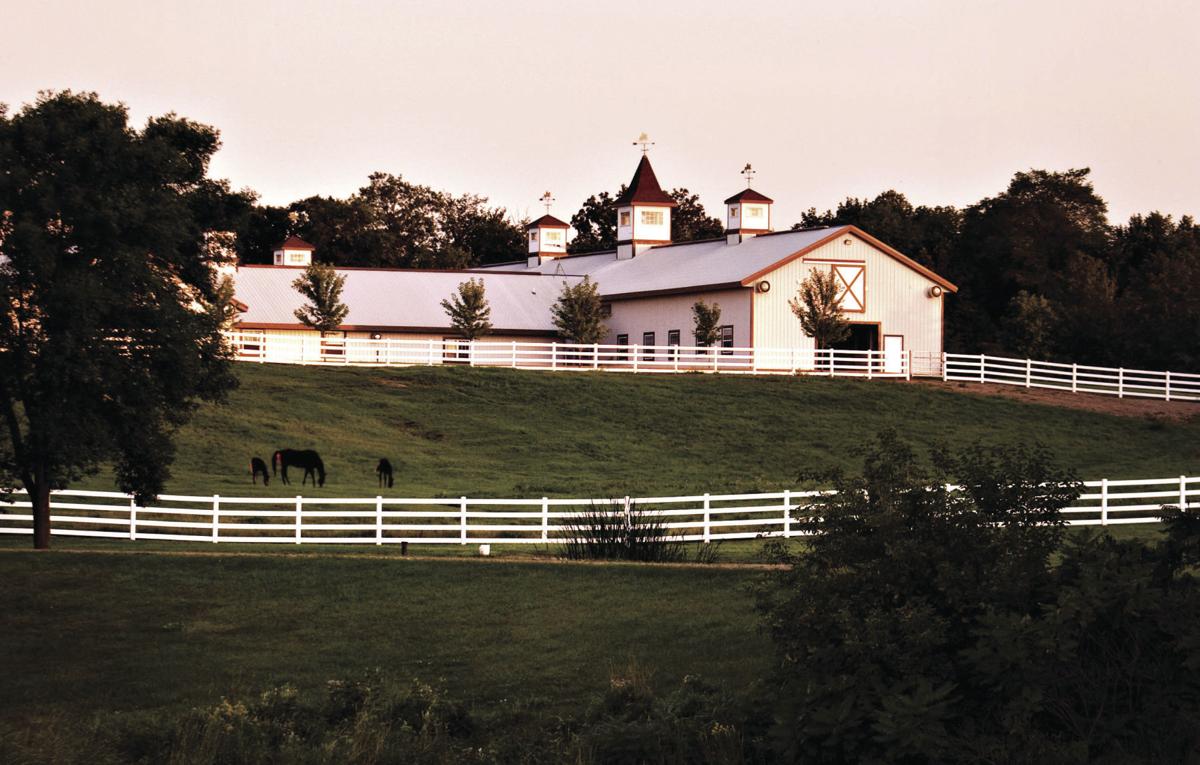 On Saturday, Cedar Ridge Farm in Jordan opens it’s gates to the public for an open house to celebrate the 50th anniversary. 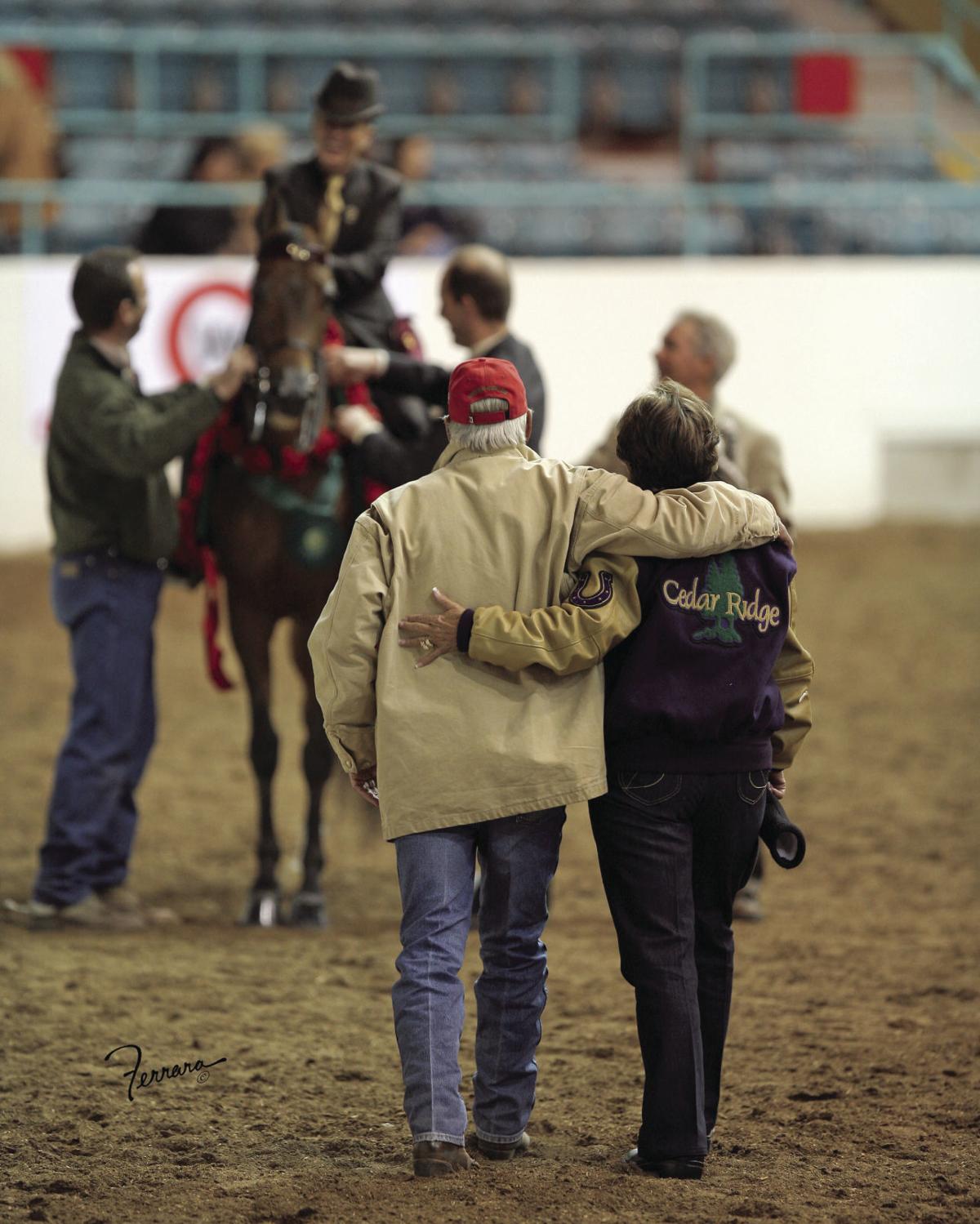 Dick and Lollie Ames greet their daughter Lara atop a show horse. 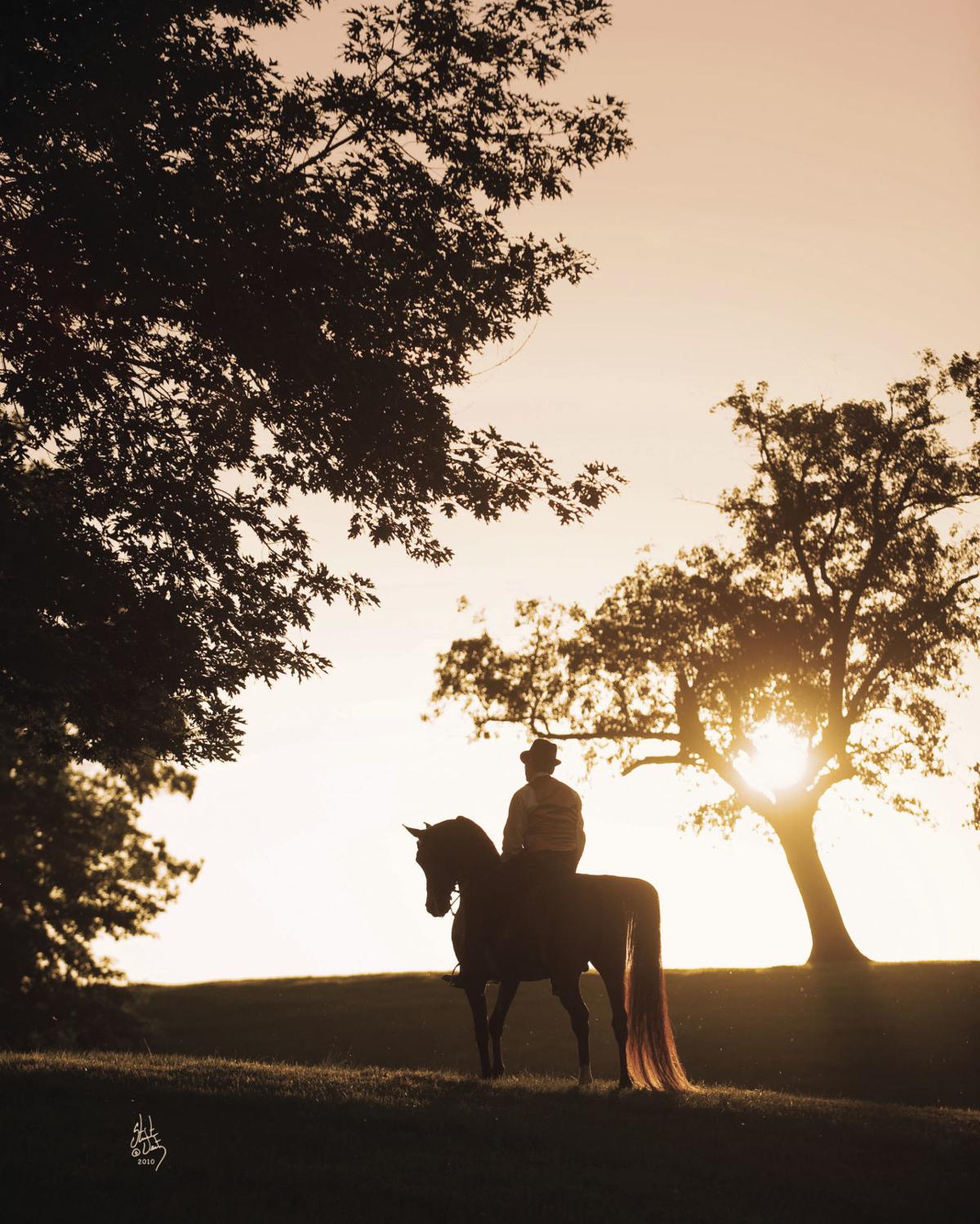 Since 1969, the rolling, picturesque pastures at Cedar Ridge Farm have been home to countless national champion horses. 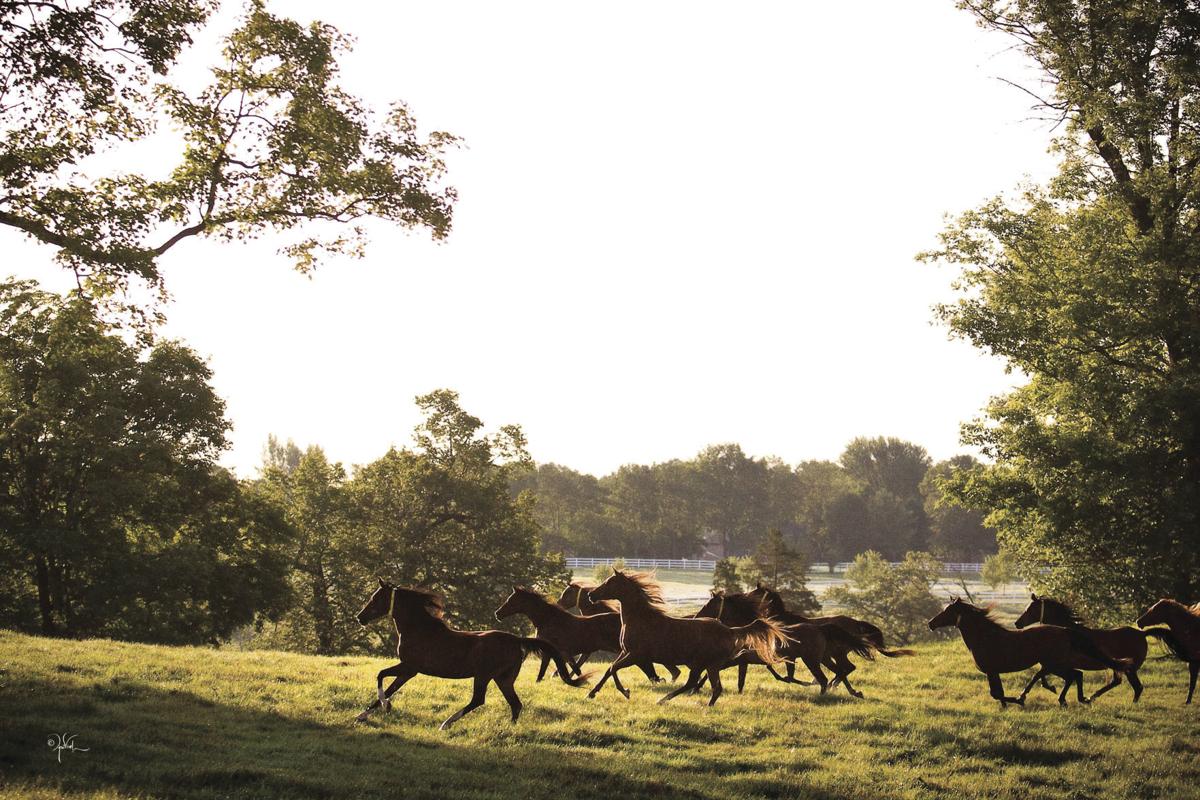 Arabian horses are know for their athletic and versatile builds. 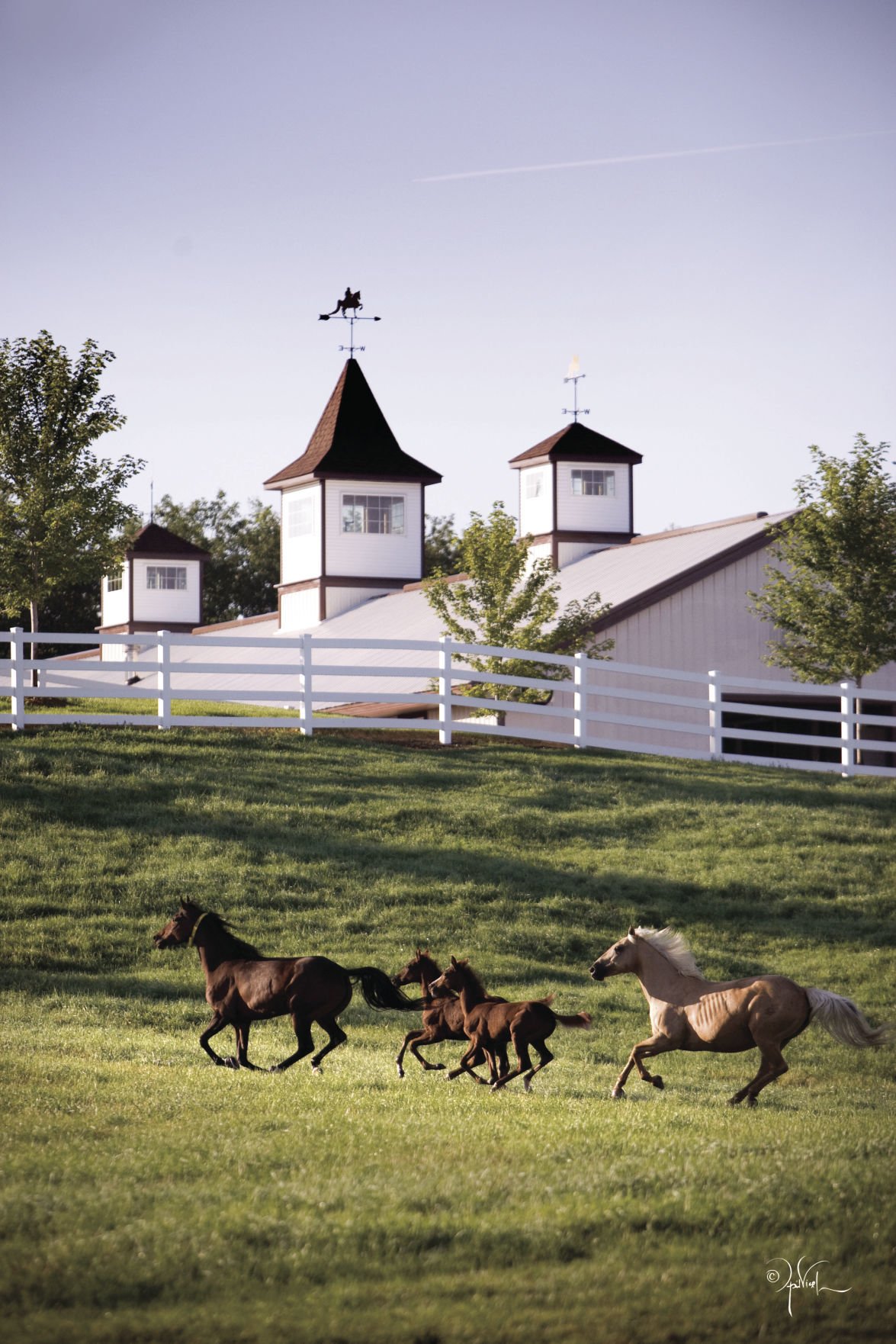 Mares and foals gallop across the open pastures of Cedar Ridge Farm in Jordan. 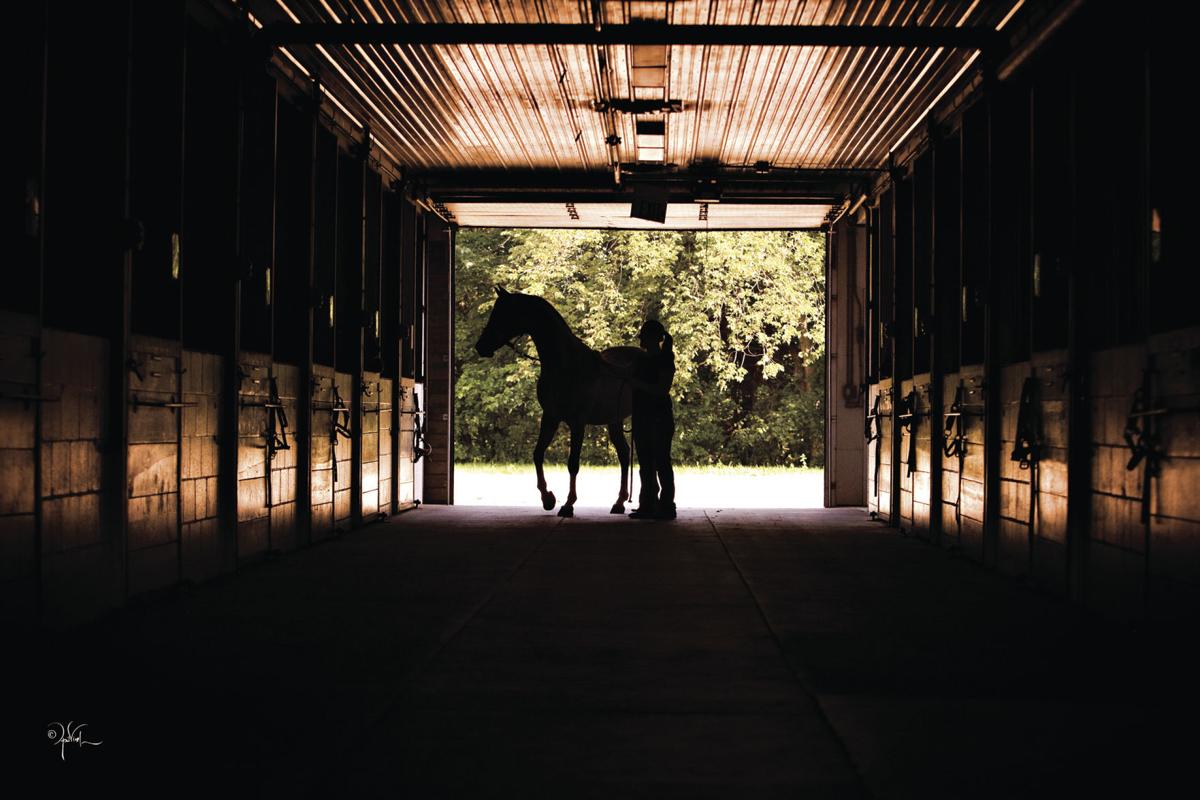 Cedar Ridge is noted for hiring young, talented people who go on to open their own training barns.

On Saturday, Cedar Ridge Farm in Jordan opens it’s gates to the public for an open house to celebrate the 50th anniversary.

Dick and Lollie Ames greet their daughter Lara atop a show horse.

Since 1969, the rolling, picturesque pastures at Cedar Ridge Farm have been home to countless national champion horses.

Arabian horses are know for their athletic and versatile builds.

Mares and foals gallop across the open pastures of Cedar Ridge Farm in Jordan.

Cedar Ridge is noted for hiring young, talented people who go on to open their own training barns.

The Arabian horse, with it's sleek neck, long face and dark eyes, is one of the most recognizable breeds of horses in the world — one of the oldest as well.

They were long prized by the Bedouin people of the Arabian Peninsula, who were said to have given the horses shelter at night in their family tents. That affection and respect for the Arabian breed is still common among their owners today — and the Ames' are no different. Their rolling, picturesque pastures at Cedar Ridge Farm in Jordan are not only home for several members of the family, but also for countless national champion horses.

"A lot of people don't even know this is here," owner Lollie Ames said, driving past a sprawling green field that's book-ended by old-fashioned white fencing and a pond.

The quiet farm has made a lot of noise at the national level over the past five decades, producing Arabians that have earned national titles across a variety of competition categories. On Saturday, the farm opens its gates to the public for an open house to celebrate the 50th anniversary. Food, drinks, children's games, wagon rides and displays will be available from 9 a.m. to 3 p.m. as the Ames share the story and success of Cedar Ridge Farm with the surrounding community.

The farm was started in 1969 by Lollie and her late husband, Dick, who died in January. Dick had a long affinity for horses, as he spent years working with his grandfather on the family farm in Farmington. Lollie didn't have the same background, but she took to the horses very quickly — perhaps quicker than she'd like, she jokes.

"I came from Minneapolis but I really took the country immediately," she said. "I wished I wouldn't have, but I did."

Dick started the farm about the same time he began successfully competing with a half-Arabian Palomino.

"It won everything," Lollie said. "Then we thought if we can win like this with a half-Arabian, what could we do with a purebred?"

They soon found out. The Ames' bought and bred Arabian mares and began showing them at regional, state and national competitions. Fifty years later, hundreds of championship plaques line the walls of the farm's barns and buildings. That legacy continues today as Cedar Ridge houses 40 mares on site who breed about 25 foals a year.

And while countless competitors raise Arabians as well, breeding manager and nephew to the Ames family, Mike Brennan, attributes Cedar Ridge's success to Dick and Lollie's dedication and vision.

"It's about taking the time and commitment of doing it right and Dick would not believe in doing it half way," Brennan said. "He did everything at 120 percent and that's why we've ended up the way that we have."

It's that vision that pushes Cedar Ridge to do more than raise and sell champion horses. Brennan said they strive to be one of the leaders in the Arabian horse community, and in many ways they are. Dick and Lollie's daughter, Lara, publishes the Arabian Horse Times — a premier international magazine that is designed and managed in Jordan.

"It's really impressive," Lollie said. "I don't have anything to do with it so I can say that."

The staff at Cedar Ridge also helps foster a new generation of enthusiasts by offering lessons and training. A lot of the Arabians that don't make the cut to be show horses are put to use by training kids. Often times, the children form a bond with the horses and end up purchasing them.

"If they're not going to be an outstanding show horse we find something else for them," Lollie said. "They all have got to have a home, that's one of the things we really push here."

The farm is also noted for hiring young, talented people who go on to open their own training barns.

"If you add them all up it's unbelievable. When they win awards they always bring us up, which makes you feel good," Lollie said.

Beyond their talent, the Cedar Ridge staff is known for their dedication to the animals they raise. In 2001, when a fire broke out on the property and consumed several barns, Cedar Ridge staff rushed into the horse barn to evacuate the Arabians.

"They went in there, you couldn't see because the smoke was so bad," Lollie said. "They would feel around and if they could grab a halter they'd grab it and put (the horse) in the outdoor ring. Then a stallion got in there, that brought up a little excitement, but we got him out of there."

Only one of about 80 horses perished in the fire that night. When they eventually rebuilt, Dick — ever the community supporter — made sure the barn was built with eye toward Jordan's future. The new sections of the building are constructed with higher ceilings and rubberized flooring so the barn could be used as a health club, storage or something else in the future.

"He designed the new part with the idea that, just in case, if it was not a horse facility again," Brennan said.

But that isn't the plan. As Cedar Ridge reaches the 50 year milestone, Lollie said the new goal is another five decades. And with Lollie still in charge, and her history of building the farm into what it is today, Brennan thinks anything is possible.

"She's an amazing woman who could pull all this together and do whatever she can do," Mike said. "She is one of the hardest working women I've ever known."

How much: The event is free and open to the public.