Members of the U.S. House Democratic leadership and freshman class, including Rep. Angie Craig of Minnesota, announced a health care bill intended to lower health care premiums and ensure people with pre-existing conditions can get coverage.

The press event came in response to the Justice Department’s announcement this week arguing Obamacare was unconstitutional and should be entirely struck down. Several Republican state attorneys general and the Trump administration have argued the law is invalid after a Republican Congress in 2017 removed the tax penalty for lacking health coverage.

Obamacare, among many provisions, created the tax penalty and barred the health insurance industry from denying coverage to people who had cancer, arthritis or other pre-existing conditions. 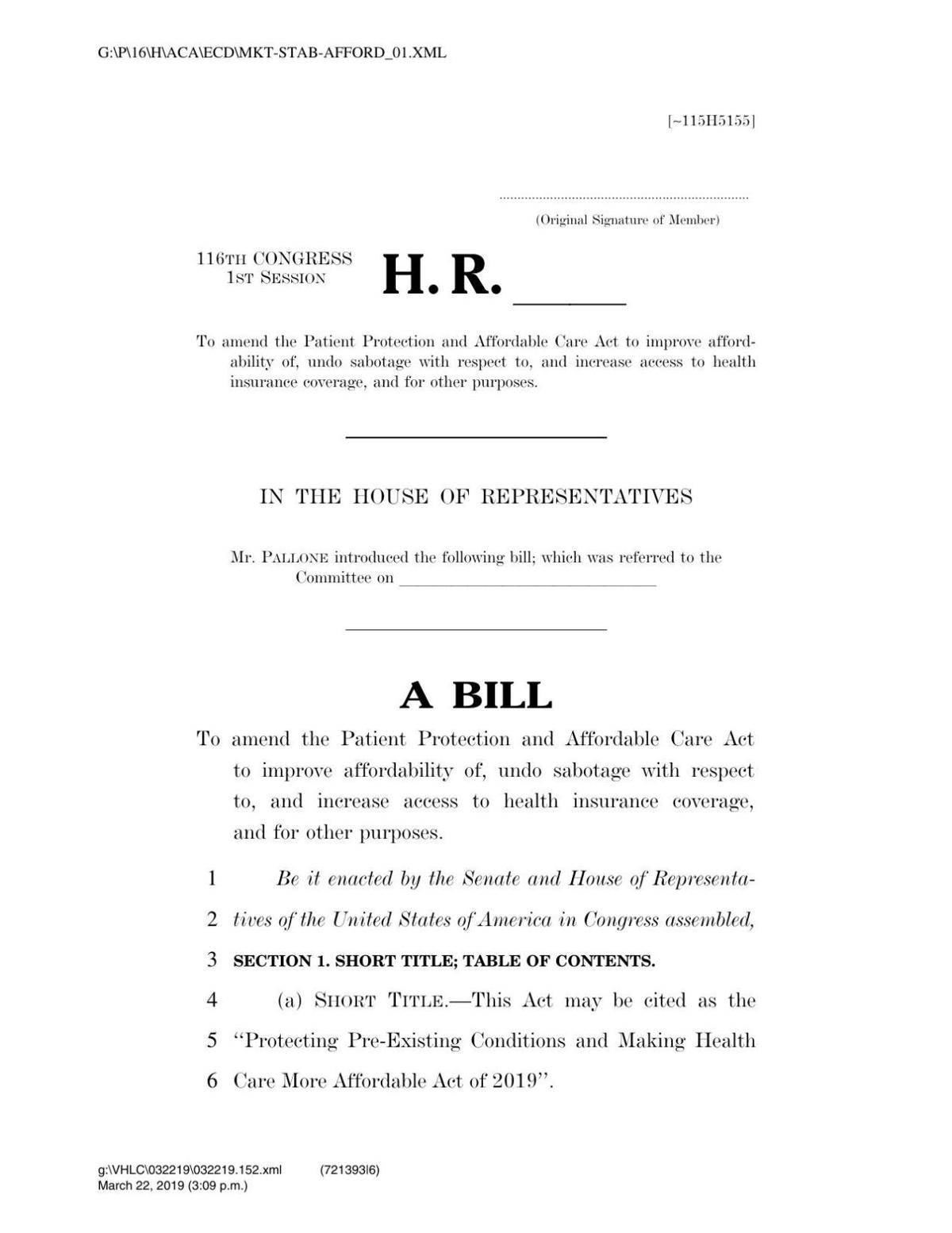 Their bill also proposes additional funding for state reinsurance plans, which help cover the most expensive patients’ needs, and investment into consumer education and outreach.

Both Craig and Rep. Lauren Underwood, D-Illinois, said their health care backgrounds give them insight into the industry’s shortcomings. Prior to their congressional careers, Underwood worked as a registered nurse and Craig was the vice president of global human resources at St. Jude Medical, a medical device company in Little Canada.

Craig said her own childhood was colored by a lack of access to health insurance, an experience that connects her with many of her constituents today. A Kaiser Family Foundation Analysis estimated about 22 percent of non-elderly adults in the Twin Cities metro live with a pre-existing condition.

“I know what it’s like to grow up in a household where the box of bills piles up and the worry grows,” she said.

Earlier this month, Craig introduced her first piece of health care legislation, the State Health Care Premium Reduction Act. The bill intends to lower individual insurance premiums through the creation of a $10 billion reinsurance fund for state use.

The Congressional Budget Office and the Joint Committee on Taxation estimated such measures would reduce premiums for individuals by about 10 percent.

The health care debate heated up again in December 2018, when U.S. District Judge Reed O’Connor in Texas ruled against Obamacare following the changes in federal tax law. The Justice Department initially pushed for striking the law’s consumer protections, like those for individuals with pre-existing conditions, but came short of suggesting a full invalidation.

Democrats characterized the department’s move Monday as a broken promise by the administration to protect accessible and equal coverage for people with pre-existing conditions.

“The president made the promise that he would protect people with pre-existing conditions,” said House Majority Whip James Clyburn, D-South Carolina. “He is breaking that promise with the lawsuit they filed last night. And we are going to remind the American people time and time again of that broken promise which is fundamental to everything.”

The president has called for a repeal and replacement of the ACA since the 2016 presidential campaign, even as he publicly reiterated his support for some of the law’s key measures like protections for pre-existing condition coverage.

All Republicans support people with pre-existing conditions, and if they don’t, they will after I speak to them. I am in total support. Also, Democrats will destroy your Medicare, and I will keep it healthy and well!

During the 2019 State of the Union Address, Trump said “the next major priority for me, and for all of us, should be to lower the cost of health care and prescription drugs — and to protect patients with pre-existing conditions.”

“Under no circumstance would we ever support eliminating coverage for pre-existing conditions,” Minnesota State Sen. Dan Hall, R-Burnsville, said in an interview in December.

On Tuesday, Trump told reporters asking about the lawsuit and Democrats’ new bill, “The Republican Party will soon be known as the party of health care. You watch.”

I just announced a new healthcare bill to protect folks with pre-existing conditions and make healthcare more accessible. Healthcare is the number one issue I hear about in the district, and I’m honored to be fighting to make affordable healthcare a reality for every family. pic.twitter.com/DtEE6sfA2w