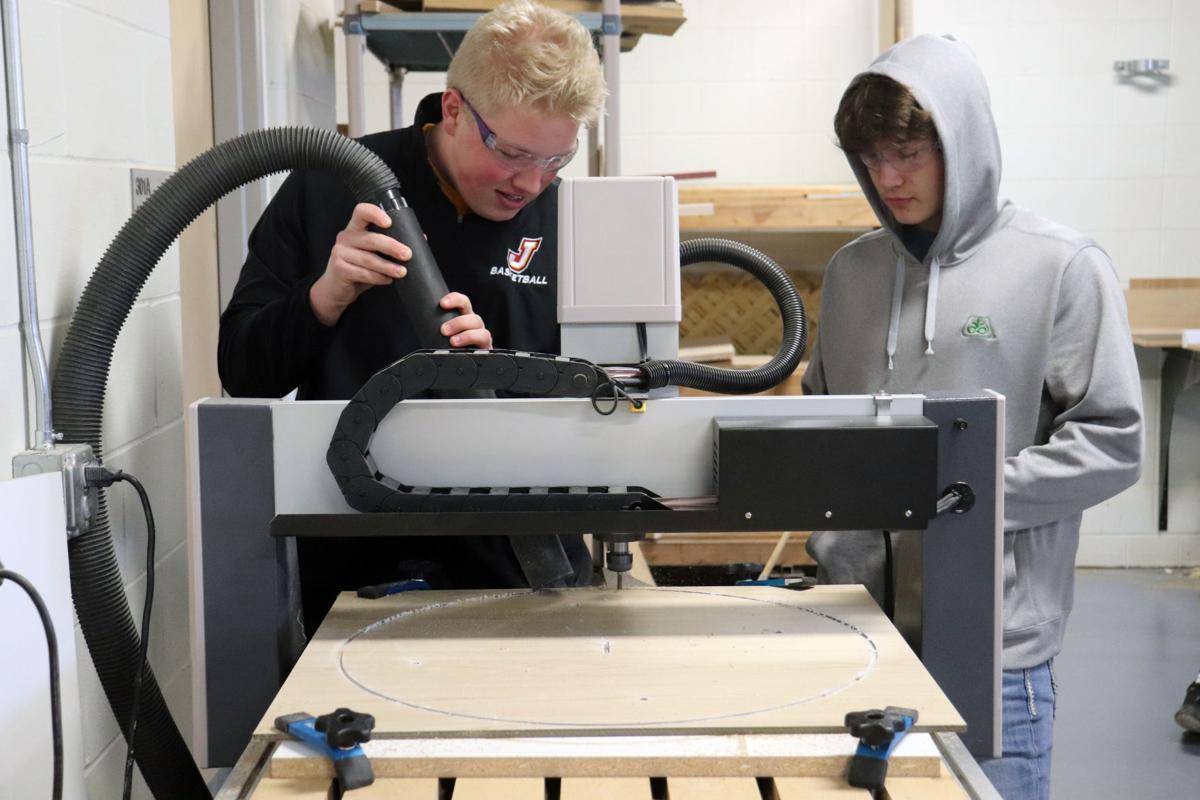 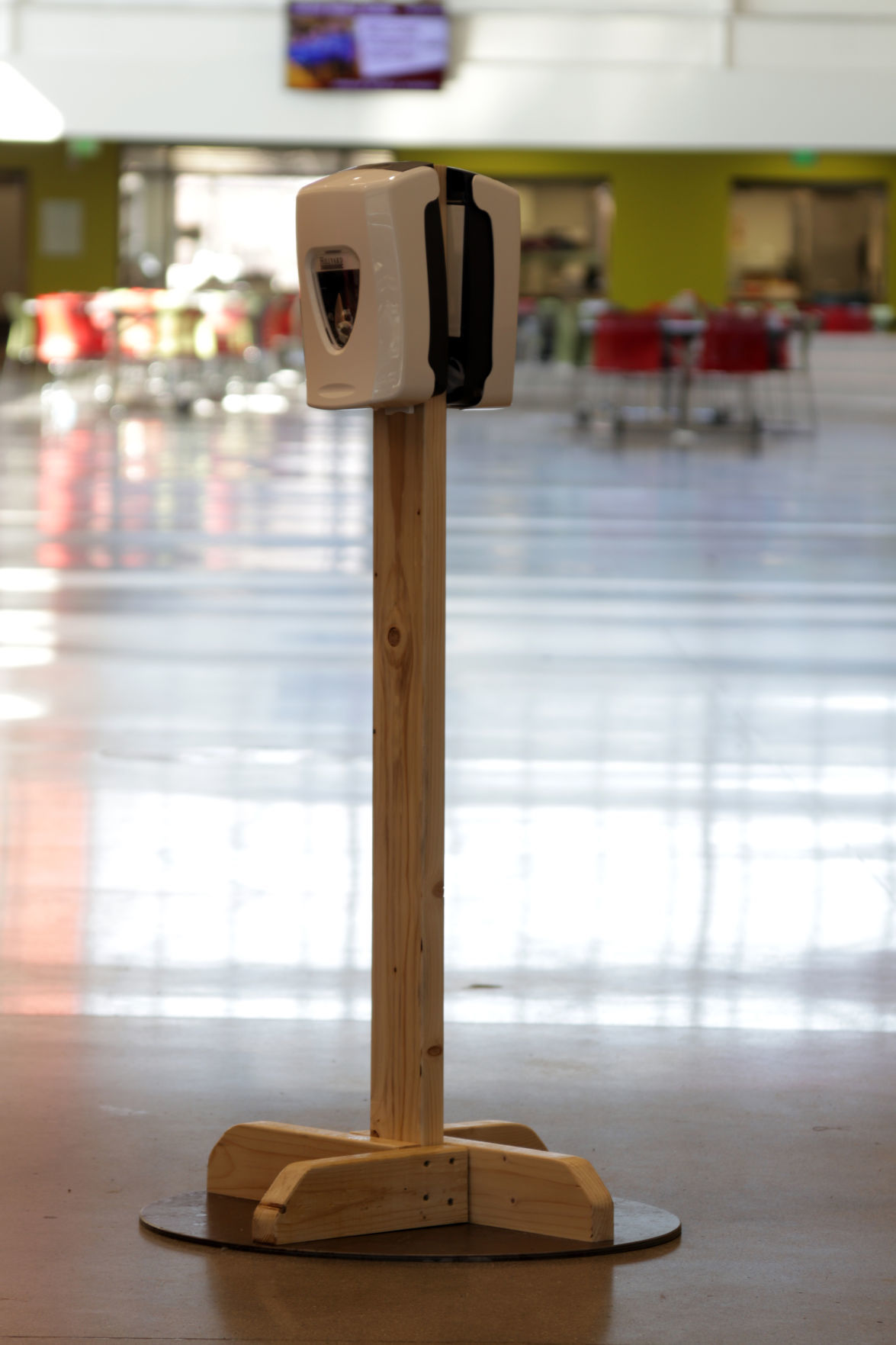 Portable hand sanitizer stands have been distributed to all three JPS school buildings.

Portable hand sanitizer stands have been distributed to all three JPS school buildings.

Over the past week, Steve McClellan’s advanced woodworking class has built seven portable stations and counting.

“It ties in perfectly,” McClellan said. “Kids are using the skills they’ve already learned and they’re just applying it to something useful in a manufacturing setting. It’s engaged many of the students, they’ve all got their little stations.”

The addition of portable hand sanitizer stations across the district’s three buildings is a preventative measure that went into action last week.

“Last weekend we had a big basketball tournament and we wanted to get some out for that tournament,” Facilities Director Tim Bisek said.

The district already had extra dispensers on hand, but instead of fastening them to the wall or purchasing portable stands, Bisek and Superintendent Matt Helgerson went to the drawing board.

“The superintendent and me came down here and made a prototype and presented it to Steve and his class to see if they could help us with the production of them,” Bisek said.

The stand is a simple design, built with two 2x4s. McClellan and his students added a circular baseboard for additional support.

“You’re still better off washing with soap and water at the sink, but this gives (students) the opportunity when that’s not available or time doesn’t allow,” Bisek said.

McClellan said each stand takes about two days to finish, with his students building multiple stands at once.