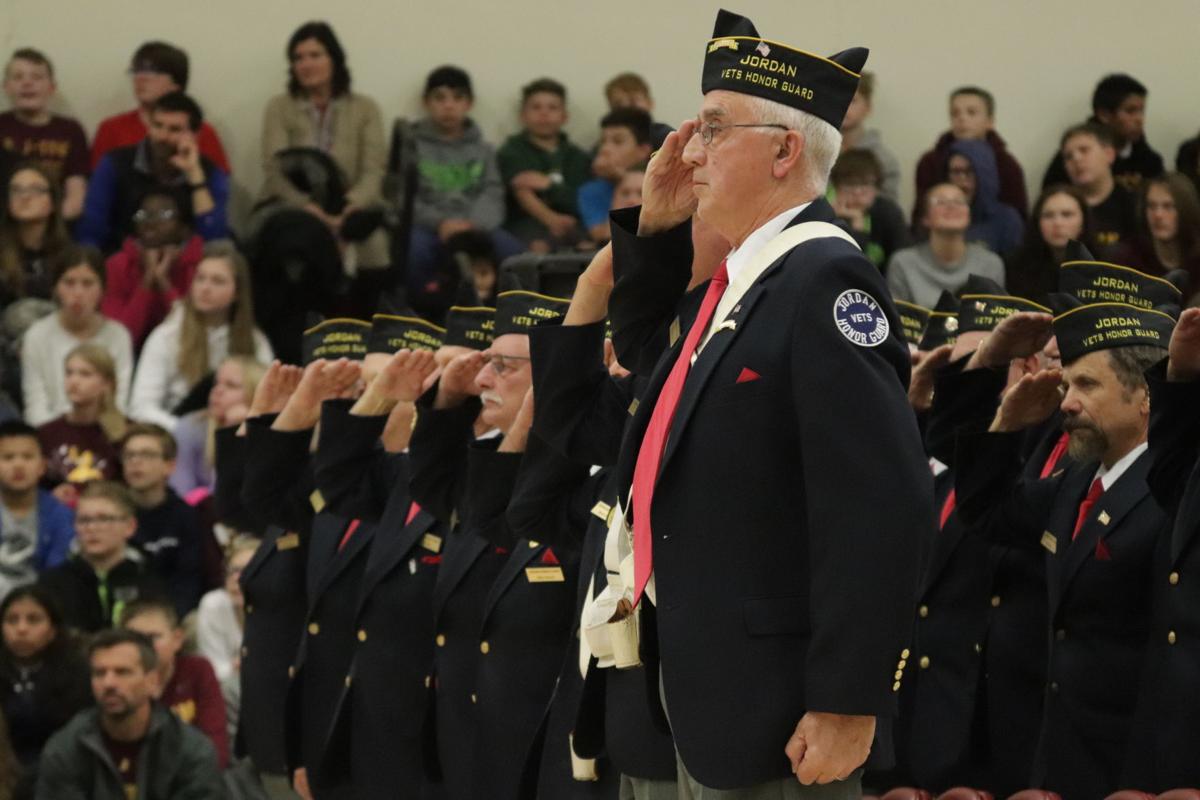 The Jordan Honor Guard salutes the flag during the National Anthem. 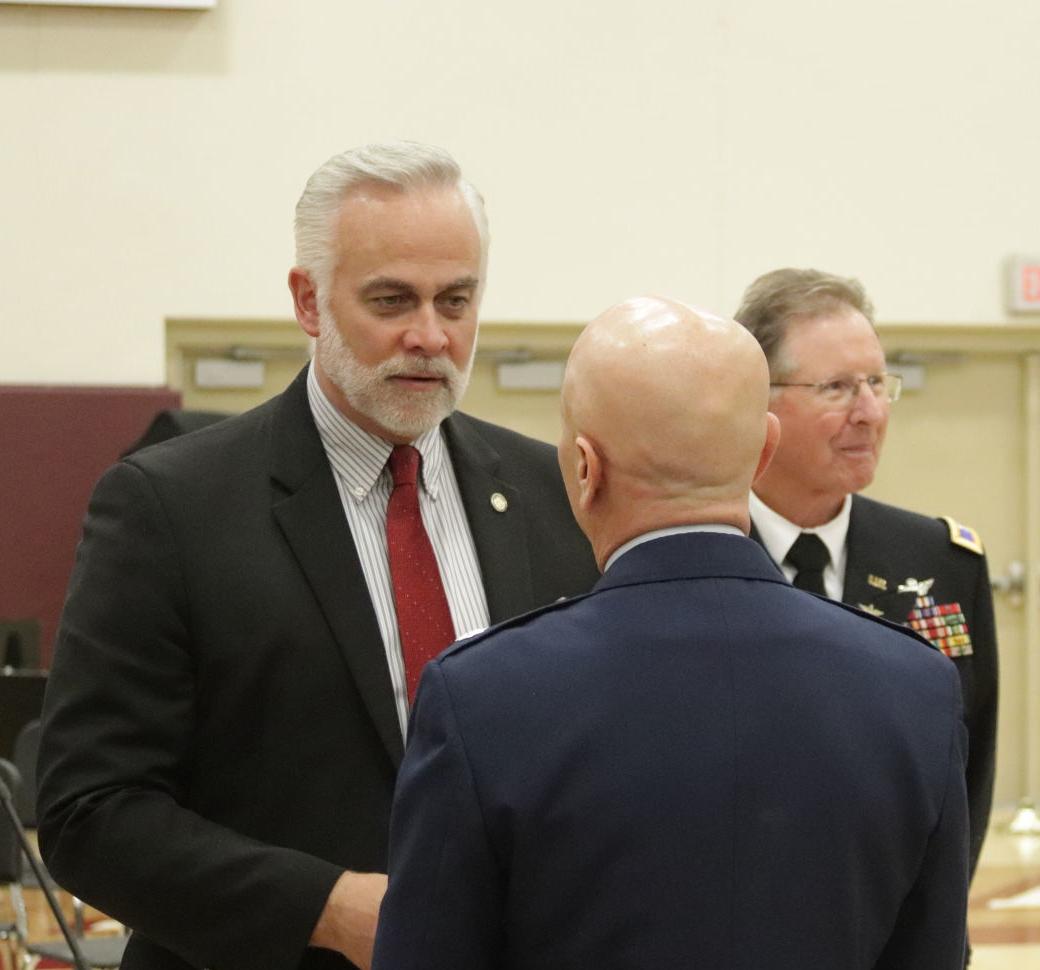 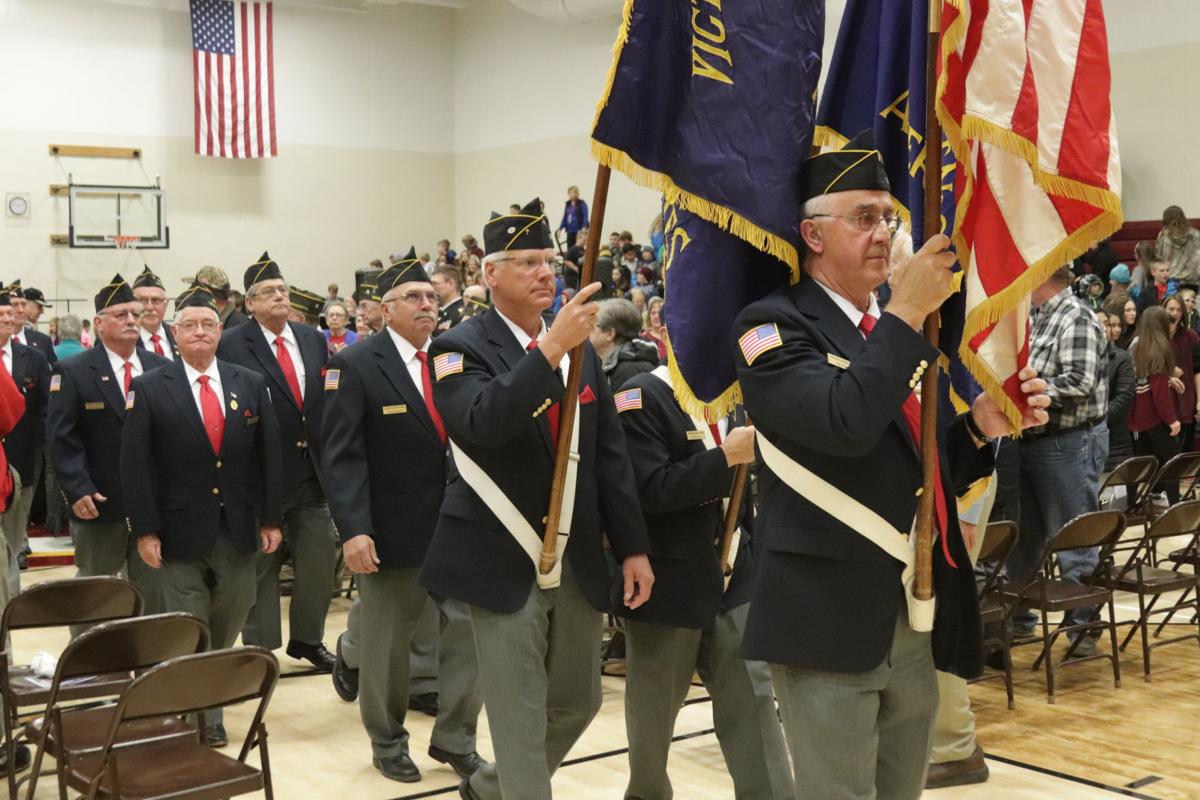 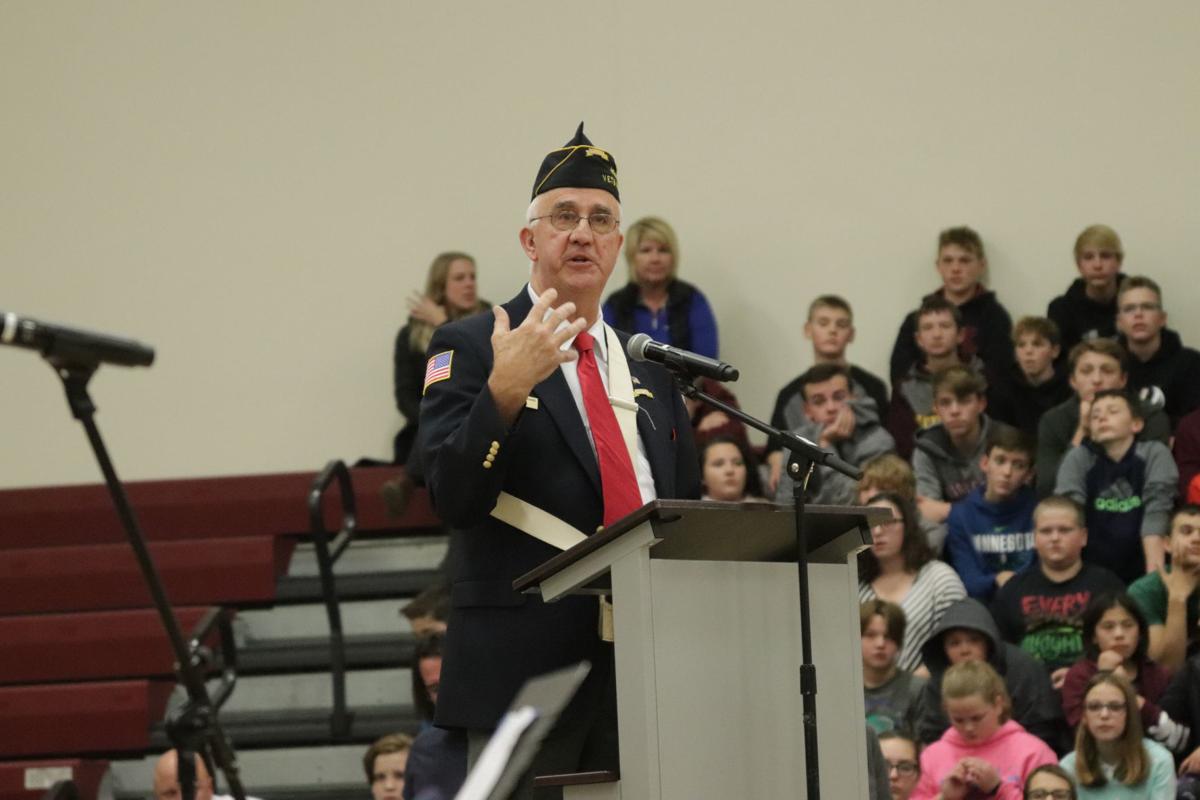 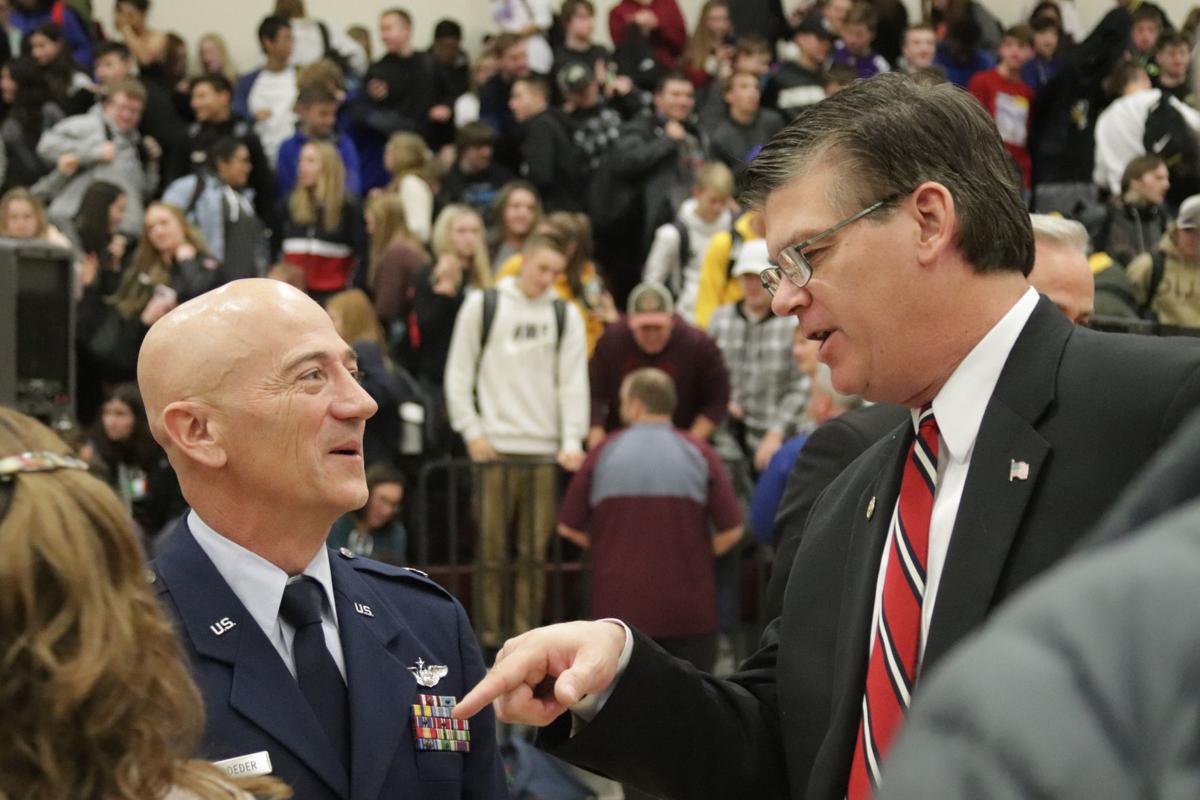 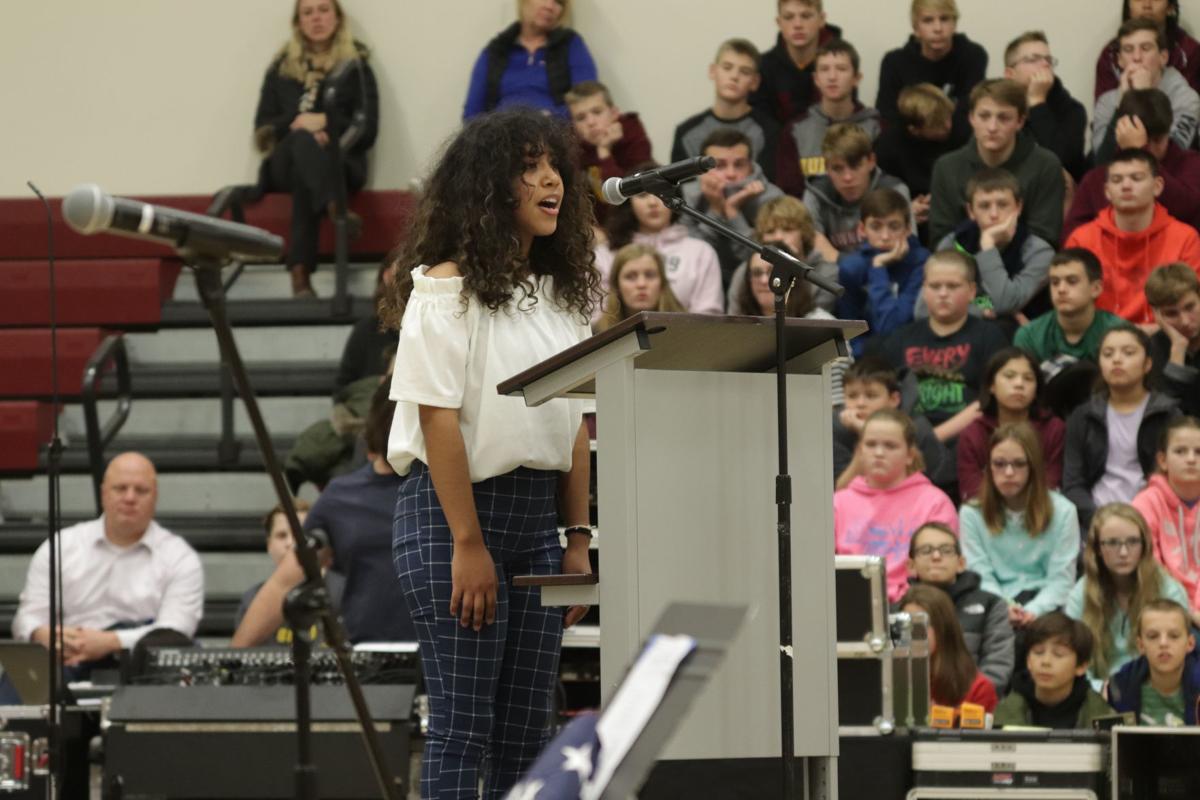 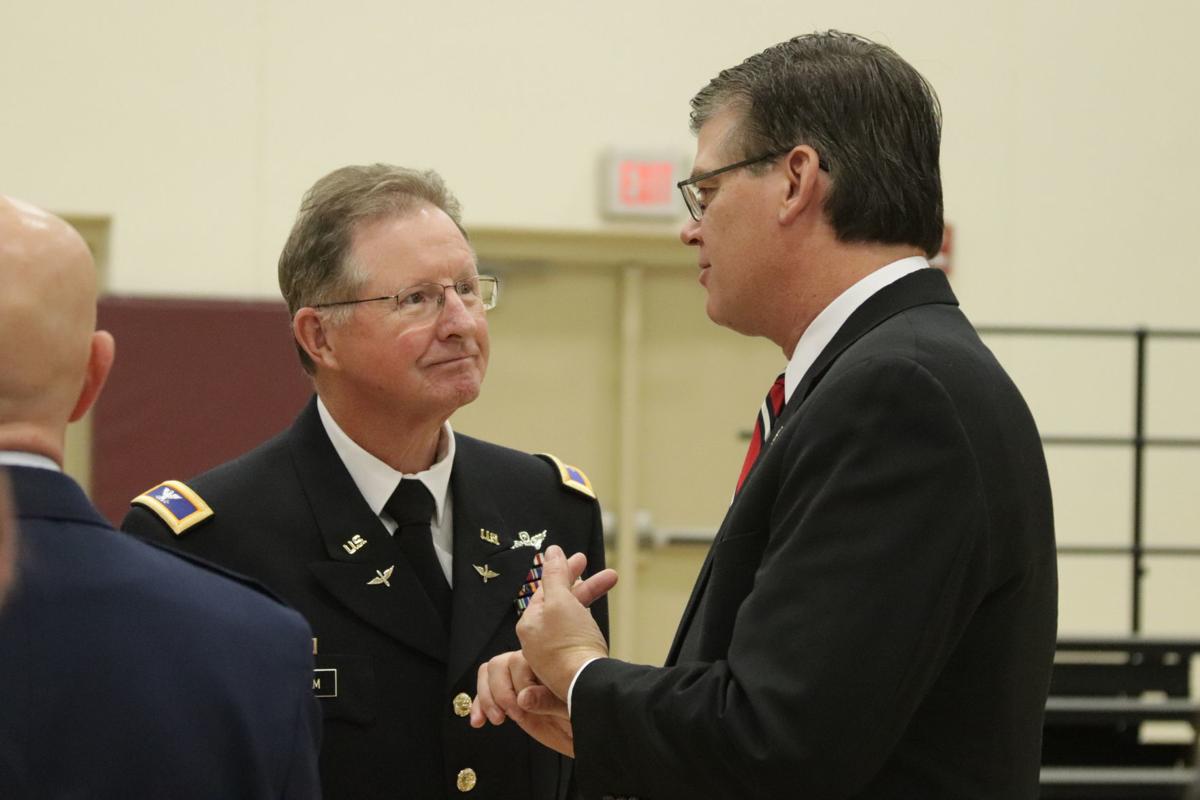 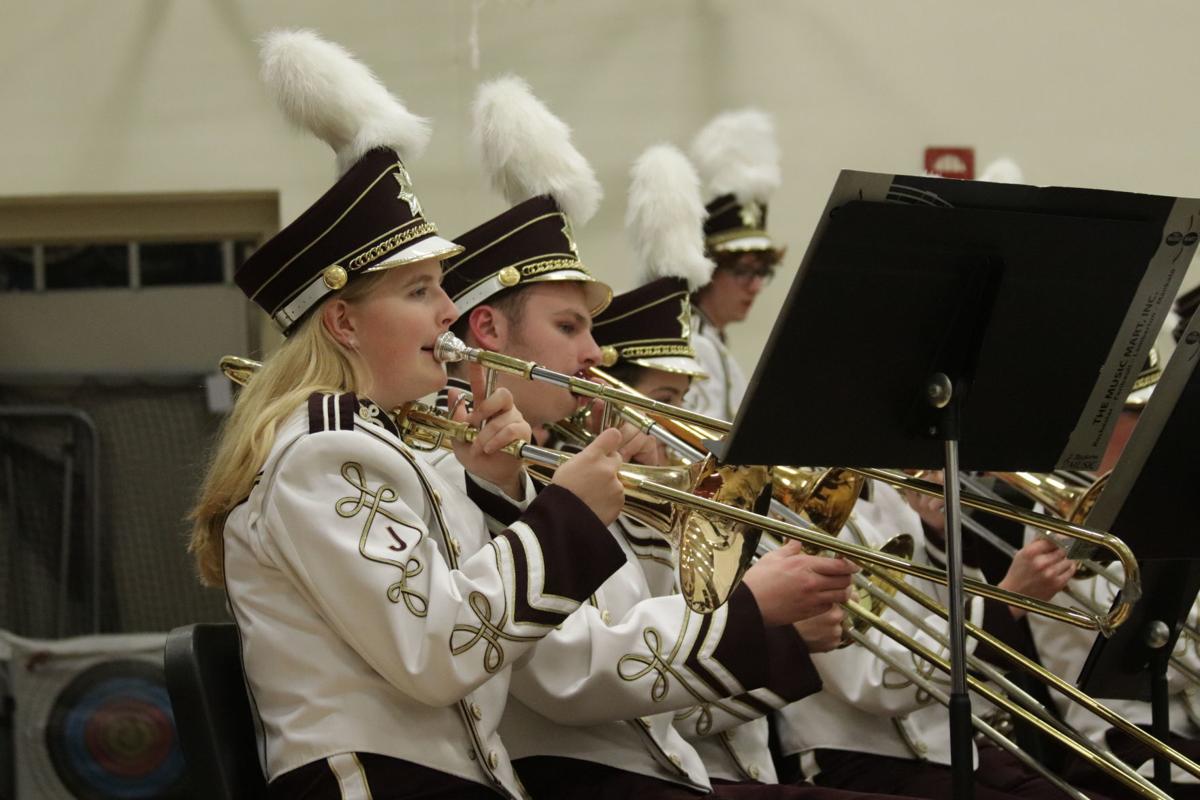 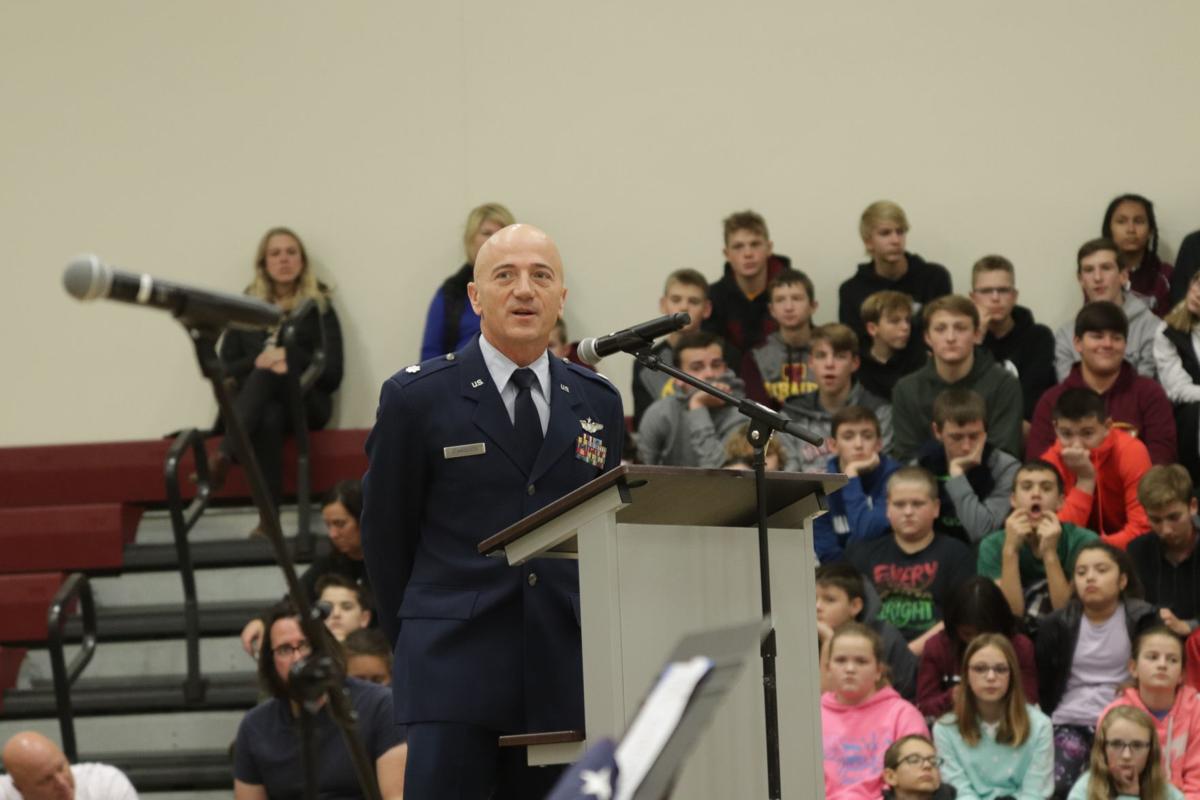 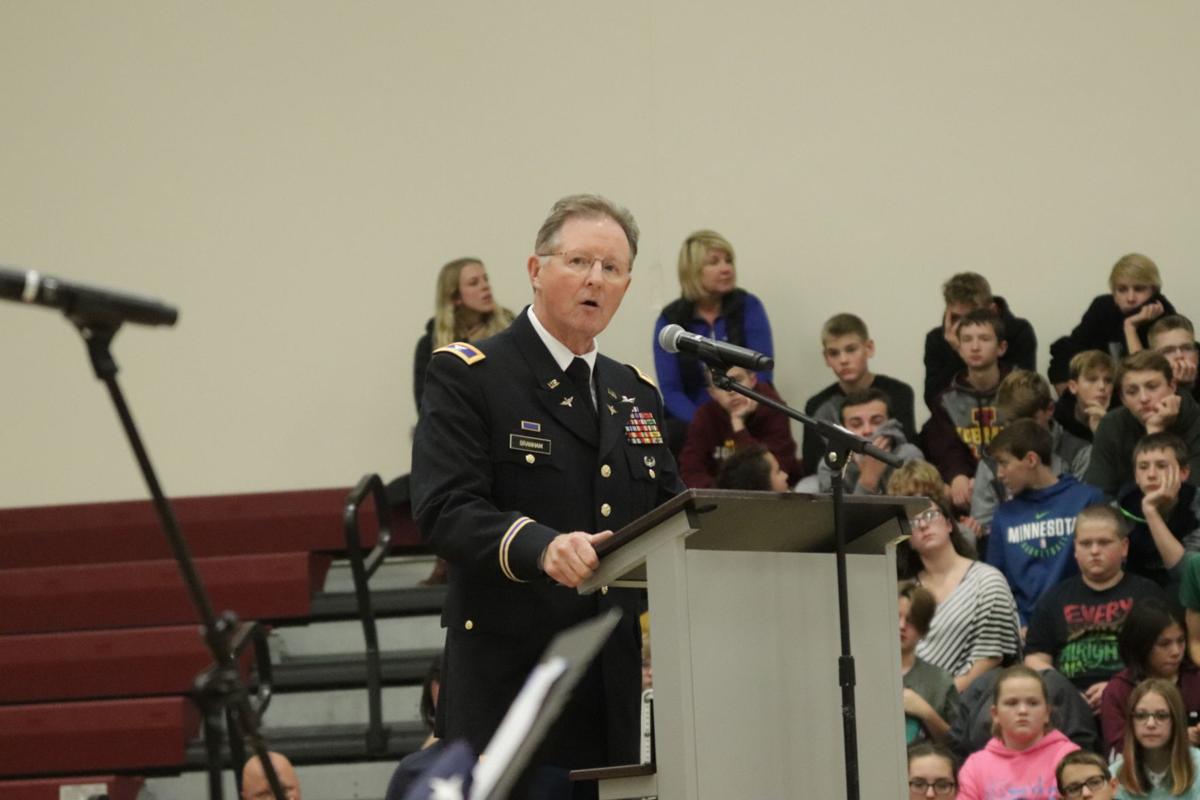 The Jordan Honor Guard salutes the flag during the National Anthem.

In observance of Veterans Day, students from Jordan Public Schools and members of the community gathered in the Jordan High School gym to share the memories of those who’ve served in the United States armed forces and honor their service.

A Veterans Day program, sponsored by the Jordaness Lions, lent personal perspective and depth to the notions of patriotism and service by presenting a series of speeches, heartfelt remarks and musical performances.

Jordan High School student Alin Gonzalez took the podium first and told those in attendance about the history of Veterans Day, which was originally declared Armistice Day by Congress in 1926 — eight years after the conclusion of World War I.

In 1954, after veterans returned from World War II and the Korean War, the name of the holiday was changed to Veterans Day.

“Today we honor all of our veterans who unselfishly placed their lives on the line for our freedom,” Gonzalez said. “Those men and women were ordinary people until they heard the call of duty and answered it. They left their families, their homes and their lives — not for the recognition or fame or even honor that is bestowed upon them today — they fought to protect our country and to maintain our way of life.”

Gonzalez told her fellow students that they share the responsibility to ensure the freedom of all Americans, whether they choose pursue a military career or not.

“If we want to preserve our freedoms we must put them into action,” she said. “For example, by voting in elections or speaking out against injustices. We must also make sure that everyone feels the benefits of our freedom and we can do that by volunteering in our communities or teaching our children what it really means to be an American.”

Throughout his speech, Schroeder conveyed a unifying message to students about the importance about serving their community.

“I think today, more than any other time, we’re being pulled apart and polarized in different affiliations, parties and different ideas,” Schroeder said. “I think it’s important that we figure out a way to serve our larger communities — our cities and our states and countries — so that we can keep ourselves from being torn asunder.”

Schroeder reiterated that serving in the military isn’t he only way to contribute to a community. He talked about the important roles police officers, firefighters, doctors, teachers and other professionals play in building a strong community. Schroeder said it’s important to develop strong goals and follow through on them with hard work and dedication.

“I’m going to ask you all to find some way to serve, so that if you’re asked to come back to your school in 30 years, that you will be speaking to a community that’s healthier, smarter and maybe a little bit freer,” he said.

Retired Army Col. Terry Branham, from Lakeville, delivered a speech that imparted the honor of service. Branham told students how stories his dad and uncle shared about their service in World War II inspired him to serve enlist in the Army during the Vietnam War. Branham’s 26 years of active duty experience led him to develop effective leadership skills.

“My dad said ‘you need to be enlisted so you know what it’s like to take orders,’ and it’s probably the best advice you could get from a dad because it truly modeled how I was as an officer, in taking care of my people, caring for my people and leading my people from the frontline,” Branham said.

Drawing from his personal experience, Branham talked about the importance for veterans and elders to share share their stories of dedication and service with younger generations.

“Ask them how they became who they became,” Branham said. “Ask them ‘how did you get to where you are today?’ And you will hear stories of honesty, commitment to their job, candor with their boss, good lessons from their parents and peers, choosing friends who have the same values that they do ... servant leadership is the most honorable thing you can do for your community and country, and you get that from the stories.”

The remarks closed with a spontaneous, heartfelt speech by Jordan Honor Guard Tom Hennen, thanking the students for their support on Veterans Day.

“Thank you for showing us the honor we don’t deserve,” he said. “We are humbled by being here and having served you, our country. I want to thank you from the bottom of my heart.”

The ceremony included musical performances of “Workin’ for the Dawn of Peace” by the JHS Chamber Singers, “America the Beautiful” by the fifth-grade choir and a selection of patriotic songs by the JHS Band. The program closed with a standing ovation for all veterans in attendance.

Read tributes to veterans, written by local readers, on page 7.