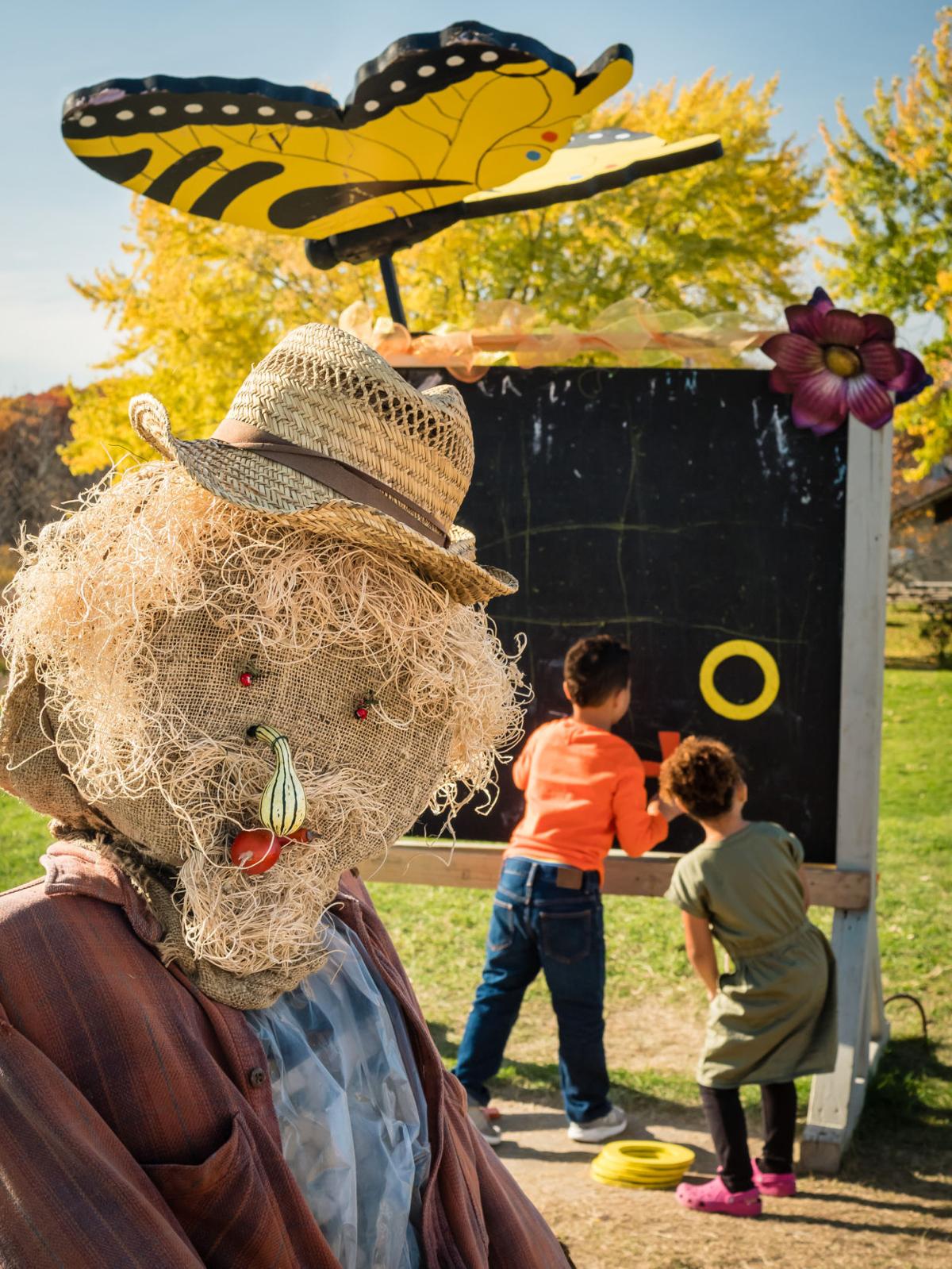 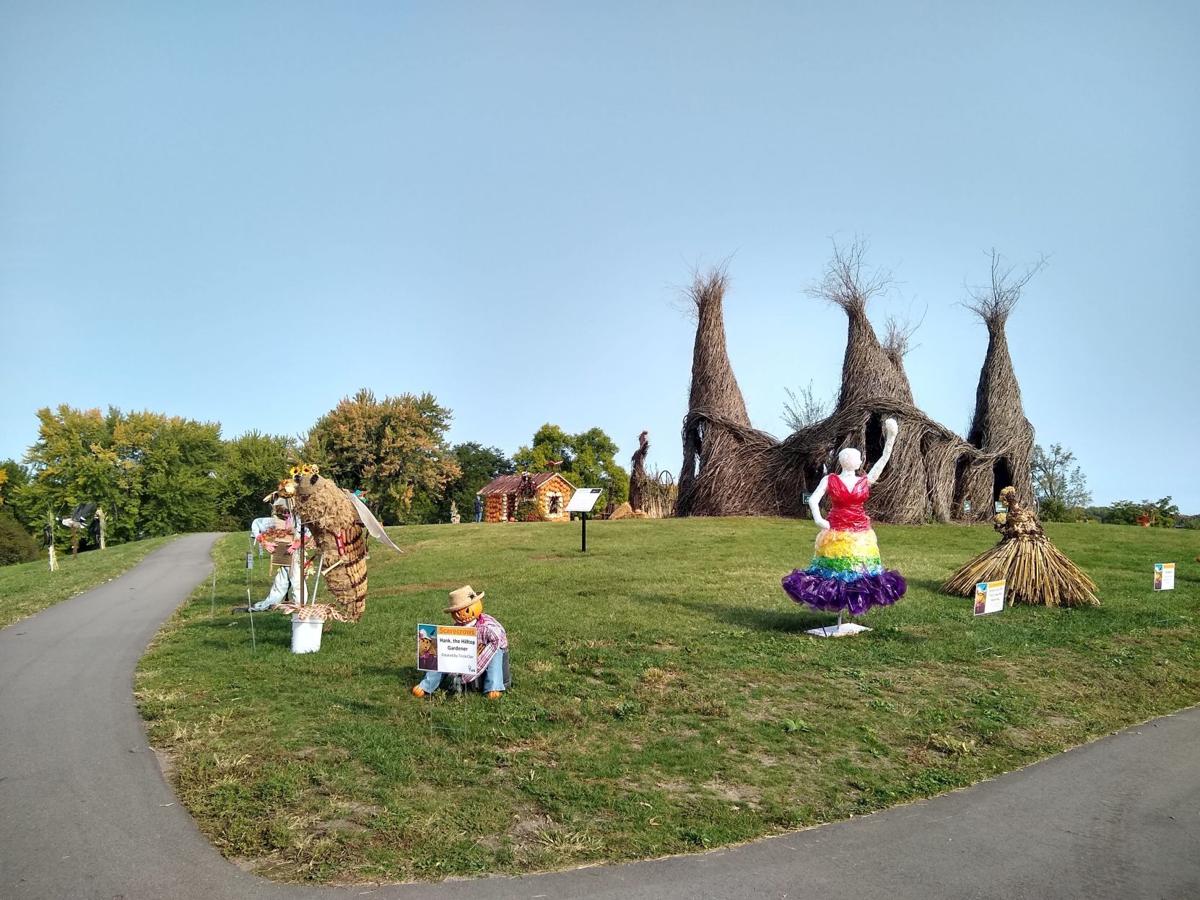 Scarecrows dot a hill at the Minnesota Landscape Arboretum for Halloween in 2019. This year’s exhibit began Sept. 18. 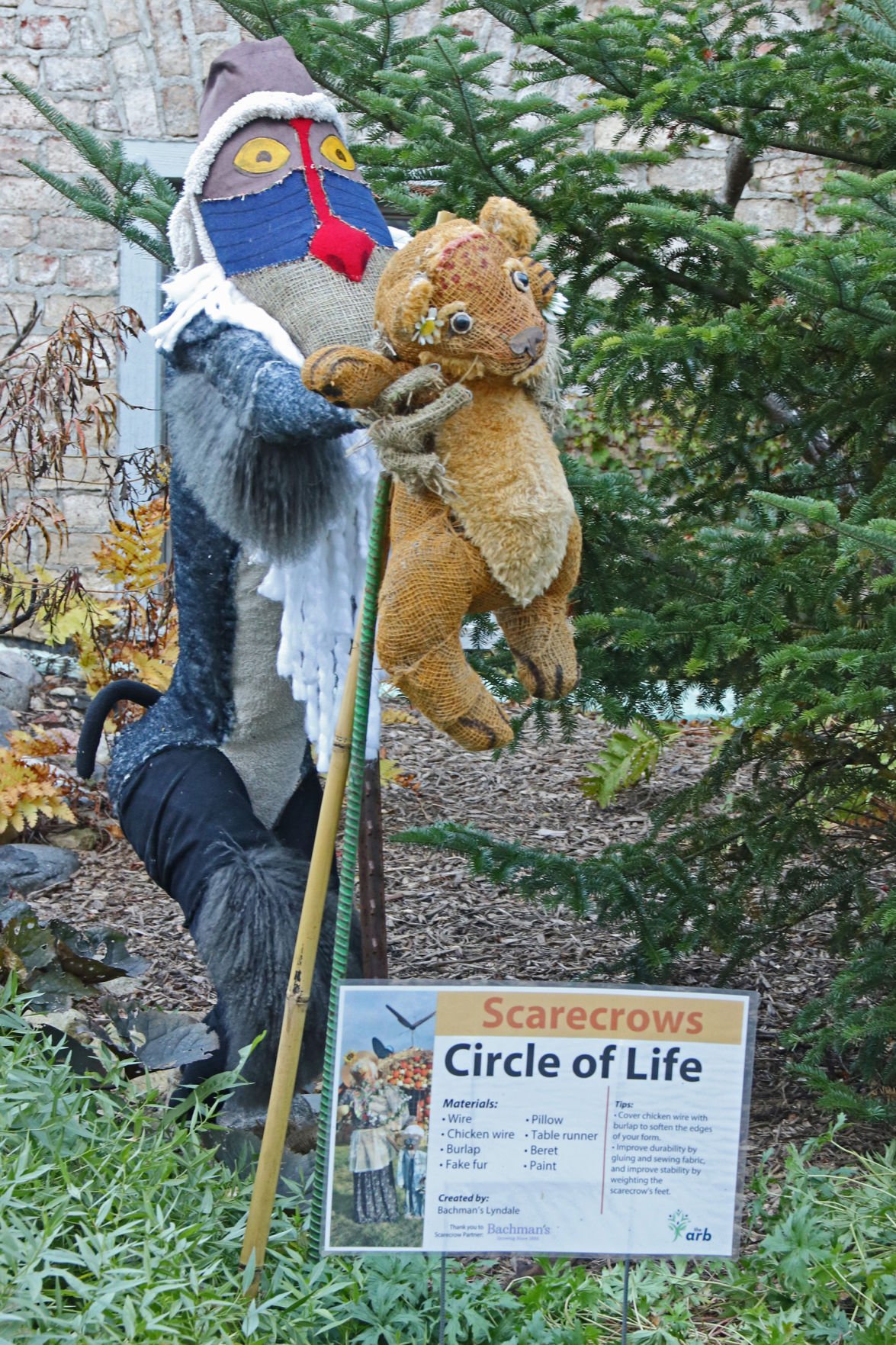 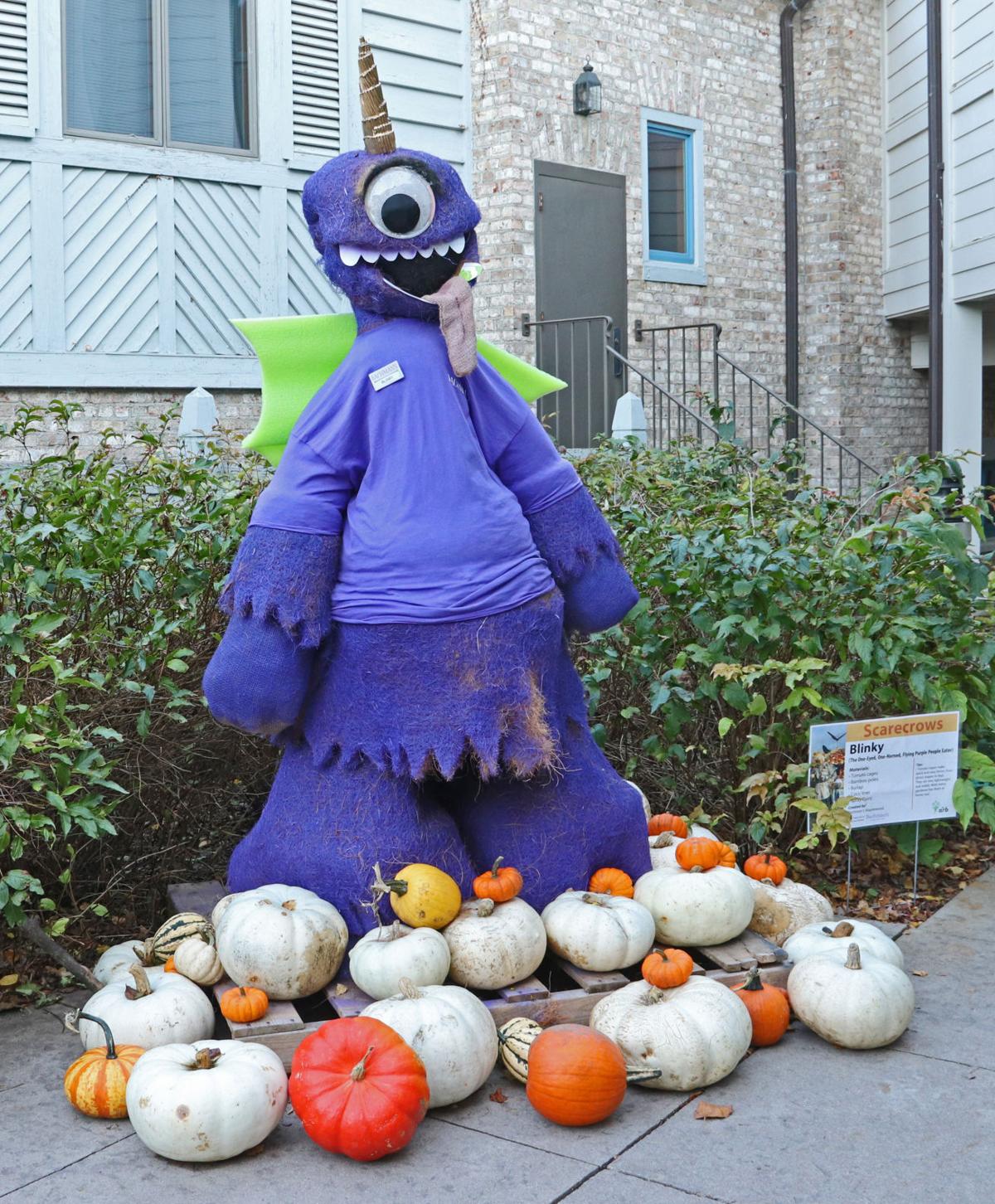 A 2019 scarecrow by Bachmann’s features the one-eyed, one-horned flying purple people eater made famous by a Sheb Wooley song.

Scarecrows dot a hill at the Minnesota Landscape Arboretum for Halloween in 2019. This year’s exhibit began Sept. 18.

A 2019 scarecrow by Bachmann’s features the one-eyed, one-horned flying purple people eater made famous by a Sheb Wooley song.

The scarecrow exhibit has been a mainstay of fall at the Arboretum for so long that signature events manager Wendy Composto can't remember when it began.

“It’s been going on as long as I have been here,” she said.

Staff from area garden supply store Bachmann's will contribute six scarecrows, which visitors can rank in a contest available through a scannable QR code on their smartphones or a link on the Arboretum's website.

“They’re always scouring for ideas” on how to update their spooky designs, she said. Staff often spruce up scarecrows from years past or put a twist on them to appeal to current events or pop culture. In 2020, both winning designs from visitors and Bachmann's were COVID-19 themed, with the Bachmann's scarecrow featuring a virus-shaped head and the visitor's being Dr. Anthony Fauci of the Centers for Disease Control, Composto added.

“I thought, oh my gosh, does anybody want to look at COVID right now? But it resonated with people,” she said with a laugh.

As of early September, even organizers didn't know what the competing scarecrows would look like; they'd have to wait until the scarecrows were delivered on Sept. 15.

The scarecrow exhibit isn't a standalone event for fall at the Arb; there's also a giant display tree made of nearly 300 varieties of pumpkins, gourds and squash that will rise on the first weekend of October; an Apple Jam concert on Sept. 25 featuring a scavenger hunt, food trucks and live music; and the "Arbooretum" trick-or-treat event amongst the scarecrows in late October.

Last year's trick-or-treat at the Arb was a no-contact affair, with masked and costumed visitors picking up candy from tables arrayed outside. The giant gourd tree was also moved outdoors to promote social distancing. This year, visitors can go maskless outdoors, but several key changes from last year have stuck around to allow visitors more distance between each other. Plus, with cooler temperatures, the gourd tree stays fresh longer, Composto added.

“It really hasn’t changed a whole lot, we’re just keeping the inside a little less cluttered, with more space for people to feel comfortable,” she said.

How: Tickets are $15 for non-members age 15 and up, and free for members and children under 15. Ticket buyers must reserve a time slot and arrive within a 30 minute window of their reservation.