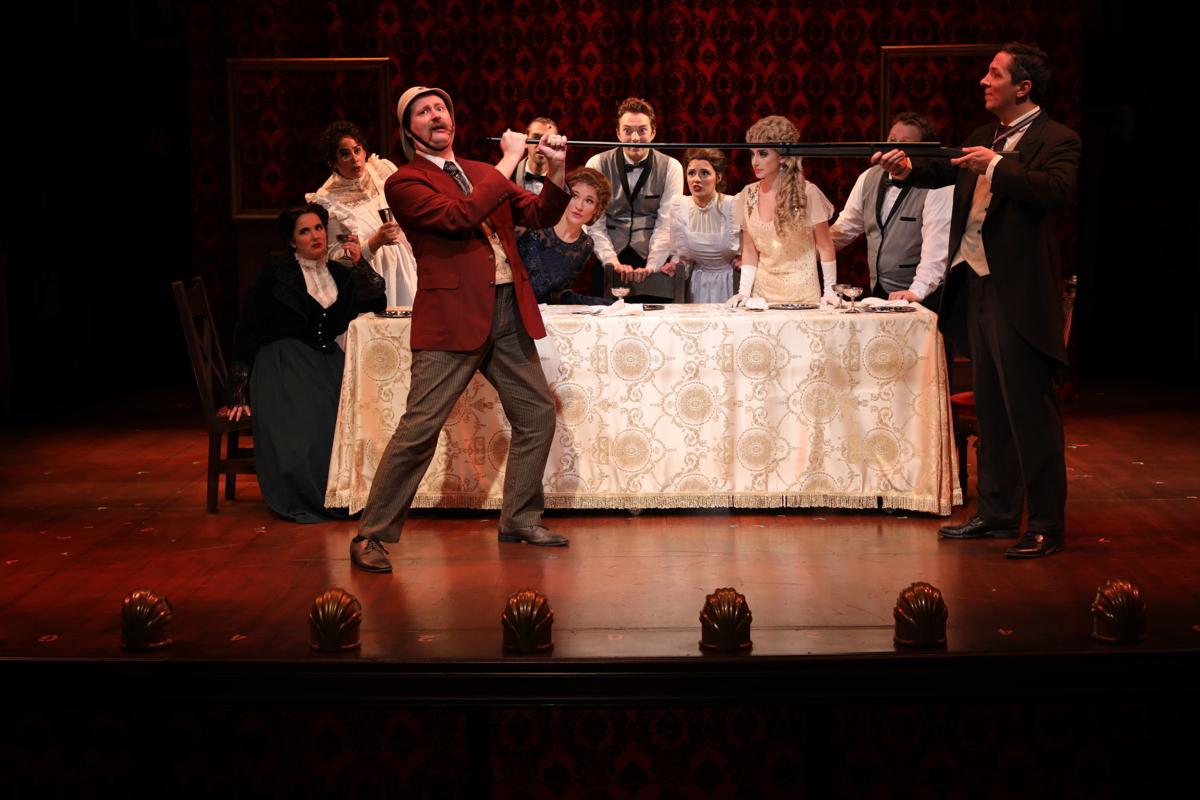 David Beukema as Lord Adalburt, at left, and Max Wojtanowicz as Monty Navarro, at right, provide hair-raising entertainment at a dinner party. 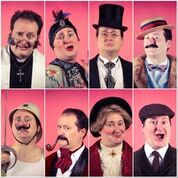 Meet the aristocratic D’Ysquith family, all played by David Beukema. 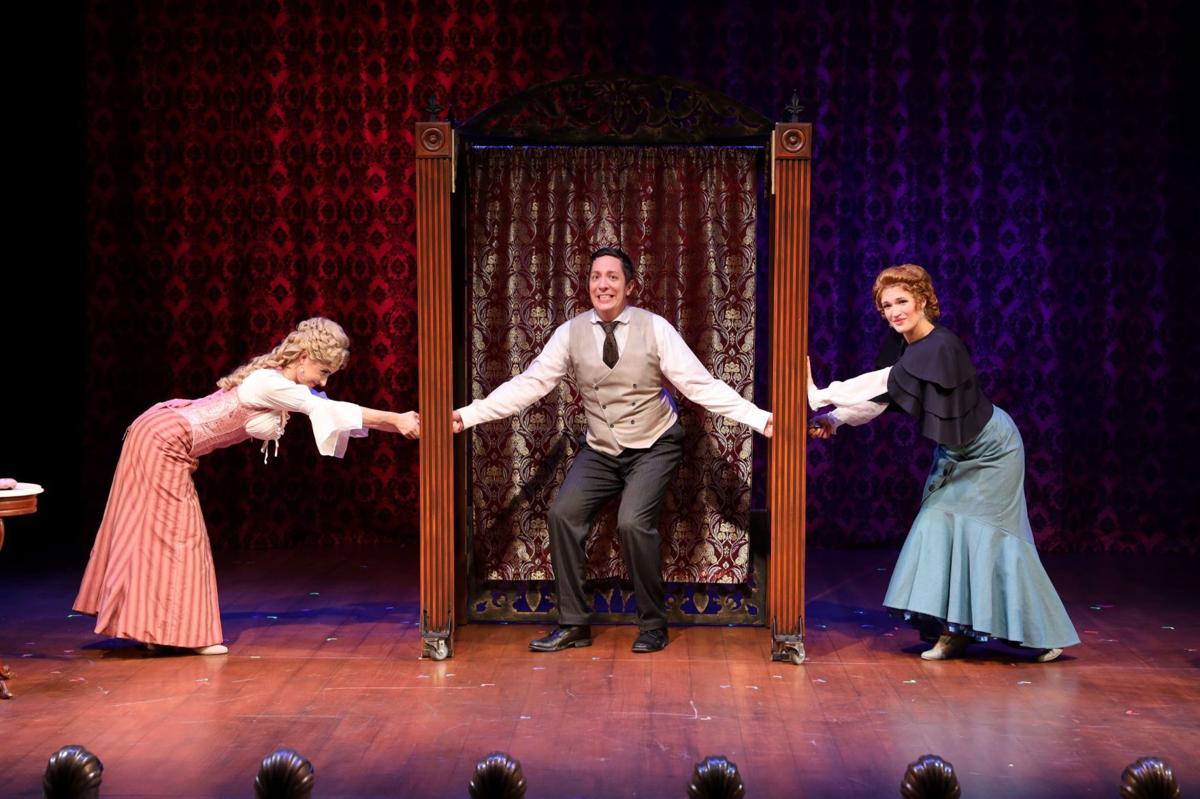 Poor Monty is torn between two loves – Sibella, played by Emily Scinto, at left, and Phoebe played by Elizabeth Hawkinson.

David Beukema as Lord Adalburt, at left, and Max Wojtanowicz as Monty Navarro, at right, provide hair-raising entertainment at a dinner party.

Meet the aristocratic D’Ysquith family, all played by David Beukema.

Poor Monty is torn between two loves – Sibella, played by Emily Scinto, at left, and Phoebe played by Elizabeth Hawkinson.

“A Gentleman’s Guide to Love & Murder” is so good, I had to go twice. Once on press night, and the second time with a group of friends who enjoyed it as much as I did seeing it for the second time.

“A Gentleman’s Guide to Love & Murder” is a rollicking melodrama staged in the style of vaudeville theater with old-fashioned footlights, posh velvet swag curtains and stage lights framing the stage. The imaginative set is playful and inventive; a perfect backdrop to a story of love — and murder.

The setting is London, 1909. A man is writing his confession, admitting to a series of crimes. But, there is always much more to the story so let us, as in the musical, start at the beginning.

Monty Navarro, a young man raised by a single mother in poverty, suddenly learns he is a distant relation to the D’Ysquith family, a wealthy aristocratic family whose lineage goes back centuries. Turns out his mother, a D’Ysquith heiress was cut off without a penny when she defied her father and ran off to marry a Castilian. He also learns he is eighth in line to inherit the title and castle. He reaches out to the family, but is snubbed.

Oh, and did we mention, he’s also in love with a shallow, superficial socialite named Sibella? While she and Monty share an irresistible attraction to one another — her beauty dulls his better instincts — she doubts there’s much of a future with him. Being poor, having no position in society and such.

Love for Sibella fuels Monty’s desire to improve his prospects and move up the family tree in one way or another. Yes, it involves some murder but the mayhem is so enjoyable to watch. And then, he meets his sweet and charming cousin Phoebe D’Ysquith. One more twist to the plot.

This musical is so enjoyable because all the performers are at the top of their musical and performing skills. Max Wojtanowicz as Monty Navarro, and David Beukema as nearly all members of the D’Ysquith family — yes, all of them, are spot on with their physical comedy and fine singing voices. Emily Scinto as Sibella Hallward and Elizabeth Hawkinson as Phoebe D’Ysquith provide strong performances and sing beautifully.

In the battle for Monty’s affections in the number “I’ve Decided to Marry You,” their voices brilliantly play off each other. And it provides the comedy a chance to borrow a page from classic British farces — slamming doors and narrow escapes. It provides Wojtanowicz an opportunity to highlight his gift for physical comedy and mugging.But, Beukema nearly steals the show with his seamless transformation into each of the D’Ysquith heirs. His characters, played with such comedic timing and mannerisms, are further elevated with clever costumes and props.

This leads to a special shout out to the artistic team of stage manager Sam Diekman, scenic and lighting designer Erik Paulson, costume design by Samantha Haddow, hair and wig designer Paul Bigot, props master Abbee Warmboe and sound designer Nick Mrozek. The costumes, imaginative sets, props, intricate interplay of lights, music, and sound effects elevate this comedy to one of the most amusing and enjoyable musicals at the Old Log. It runs through Feb. 15, 2020, and tickets to it would make a great gift for someone who enjoys witty and clever comedy.

What: "A Gentleman’s Guide to Love and Murder" follows roguishly charming Monty Navarro who hopes to speed up the line of succession in his wealthy aristocratic family.

"A Gentleman’s Guide to Love and Murder," opened at Broadway's Walter Kerr Theatre in November 2013.