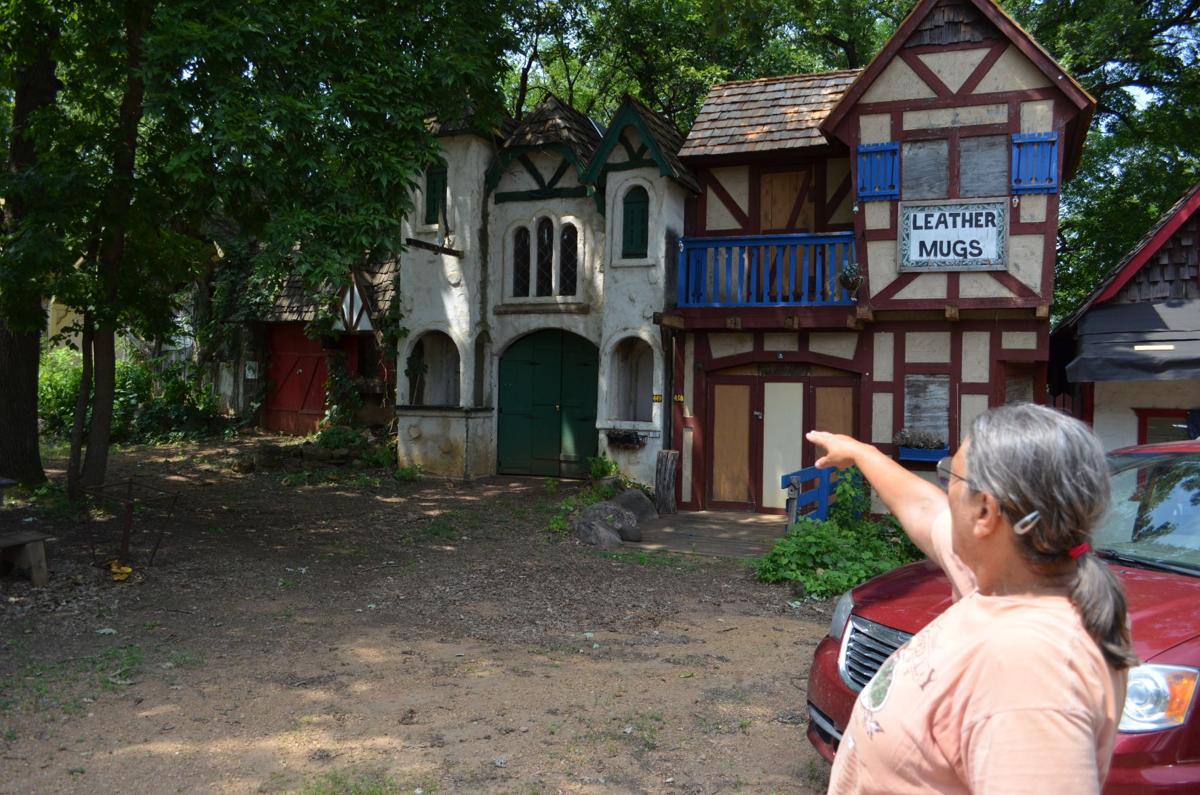 Dawn Gillette-Kircher, a vendor at the Minnesota Renaissance Festival, points out the future booths of new vendors for the 2021 event. 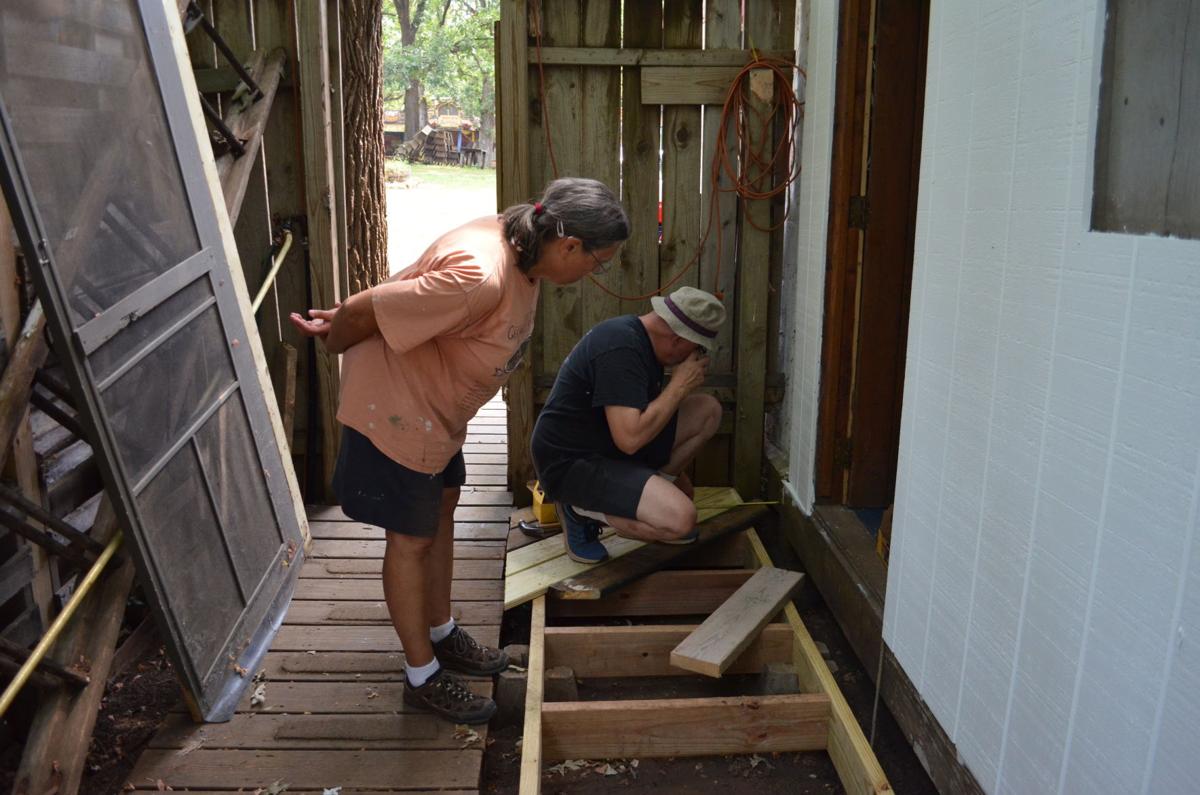 Dawn Gillette-Kircher leans over to answer a question from her husband, Phillip Kircher, as he repairs their booth at the Minnesota Renaissance Festival fairgrounds. 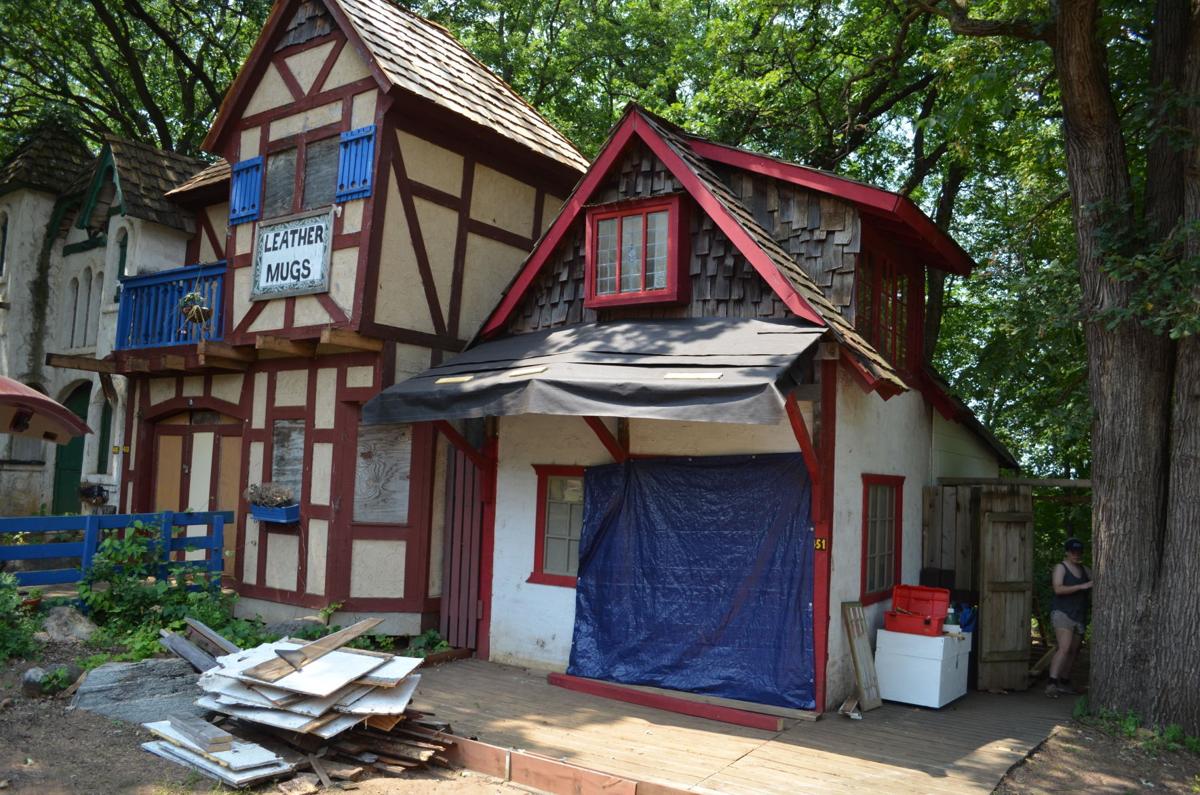 Dawn Gillette-Kircher’s booth is undergoing repairs ahead of the 2021 Minnesota Renaissance Festival.

Dawn Gillette-Kircher, a vendor at the Minnesota Renaissance Festival, points out the future booths of new vendors for the 2021 event.

Dawn Gillette-Kircher leans over to answer a question from her husband, Phillip Kircher, as he repairs their booth at the Minnesota Renaissance Festival fairgrounds.

Dawn Gillette-Kircher’s booth is undergoing repairs ahead of the 2021 Minnesota Renaissance Festival.

Though the Minnesota Renaissance Festival announced it would take place this year in response to the state’s loosening of COVID-19 restrictions on July 1, vendor Dawn Gillette-Kircher suspected that the annual smorgasbord of medieval delights would be on well before organizers made the call.

“I think we all suspected when we heard how high the vaccination rate was,” said Gillette-Kircher, the owner of Dhusara Chain Maille Creations, a 12-year veteran of the festival and resident of St. Louis Park.

The festival will return on Aug. 21 and run until Oct. 3, and the end of its year-long hiatus due to the pandemic couldn’t come at a better time. 2021 marks the festival’s 50th year, with new events and a daily parade dedicated to the anniversary.

Ticket sales are positive, according to Stephanie Whipps, communications director for the festival’s parent company, Mid-America Festivals, and Gillette-Kircher has heard through the grapevine that sales at other festivals have been “through the roof” this summer as patrons return from 18 months of isolation and social distancing.

“We’re just open to whatever’s going to hit,” Gililette-Kircher said. She’s been preparing for excited customers by making repairs to her booth with her husband, Phillip Kircher, and reviewing de-escalation techniques to help patrons “chill down a little” if necessary, she said with a laugh.

Paul Boeckman, of New Prague, is a contractor who’s worked on booths at the festival for nearly 15 years. He’s been working hard on fixes and new booths all summer as vendors return to the fairgrounds, he said, on top of the fact that he’s been “busier than ever” with his regular work of home remodels.

With the pandemic-driven surge in remodels and the intense heat of recent weeks, it’s been harder to fit in his regular festival work, he said, though building whimsical themed booths “is actually easier than remodeling. According to Boeckman, “trying to find something that pleases Jim (the festival’s art director) is the most difficult thing.”

When the festival was canceled last year, “it was mixed feelings, and I think I can say that for most everyone,” Gillette-Kircher said of her fellow vendors. “We wanted to be here but we knew we couldn’t.”

Returning to some kind of normal after a year away has been a little odd as vendors have returned to the rhythms of application deadlines, repairing booths and preparing staff. Organizers are monitoring guidelines from the Centers for Disease Control and federal, state and local governments, Whipps wrote in an email, and “will continue to make changes as necessary or appropriate to our protocols and procedures prior to festival opening and during the festival as needed.” For her part, Gillette-Kircher was sure to confirm that all the volunteers working at her booth would be vaccinated.

“There’s always concern with the delta variant. We’ve got to stay flexible,” Gillette-Kircher acknowledged, but “we’re a flexible group.”

The Minnesota Renaissance Festival will take place Aug. 21 to Oct. 3. The website is www.renaissancefest.com.