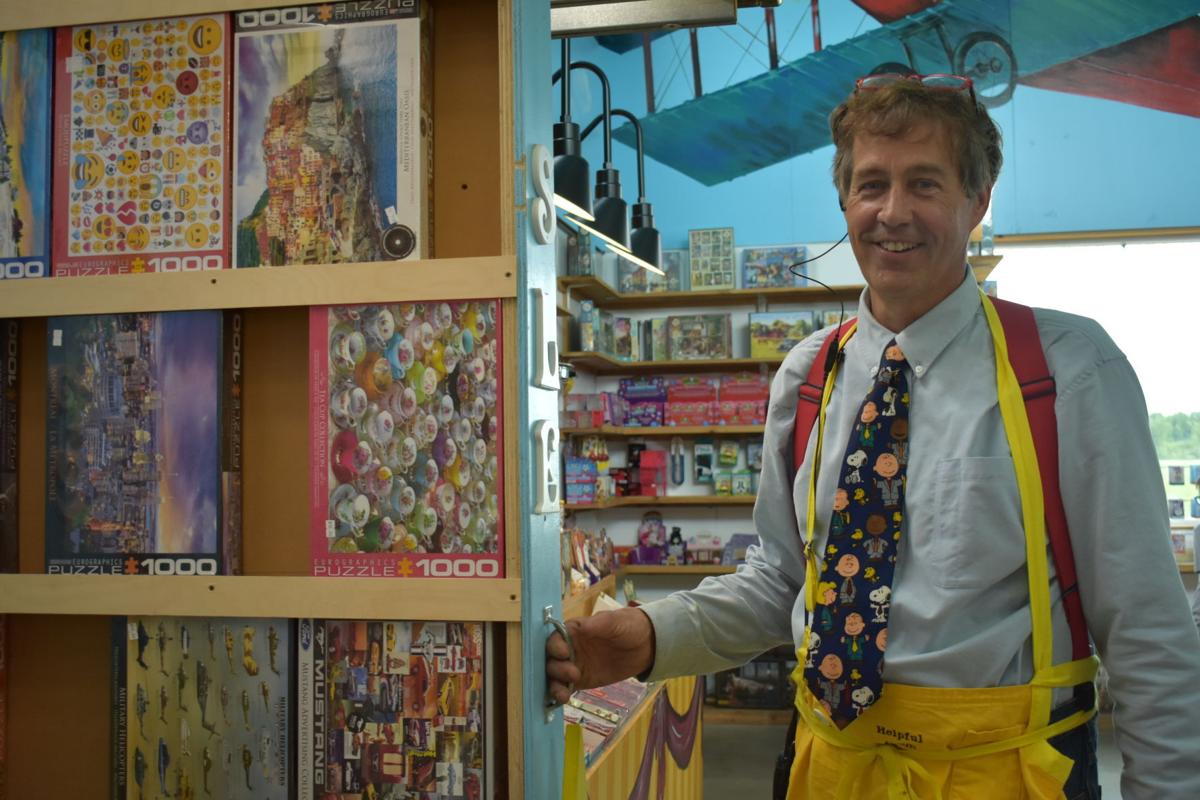 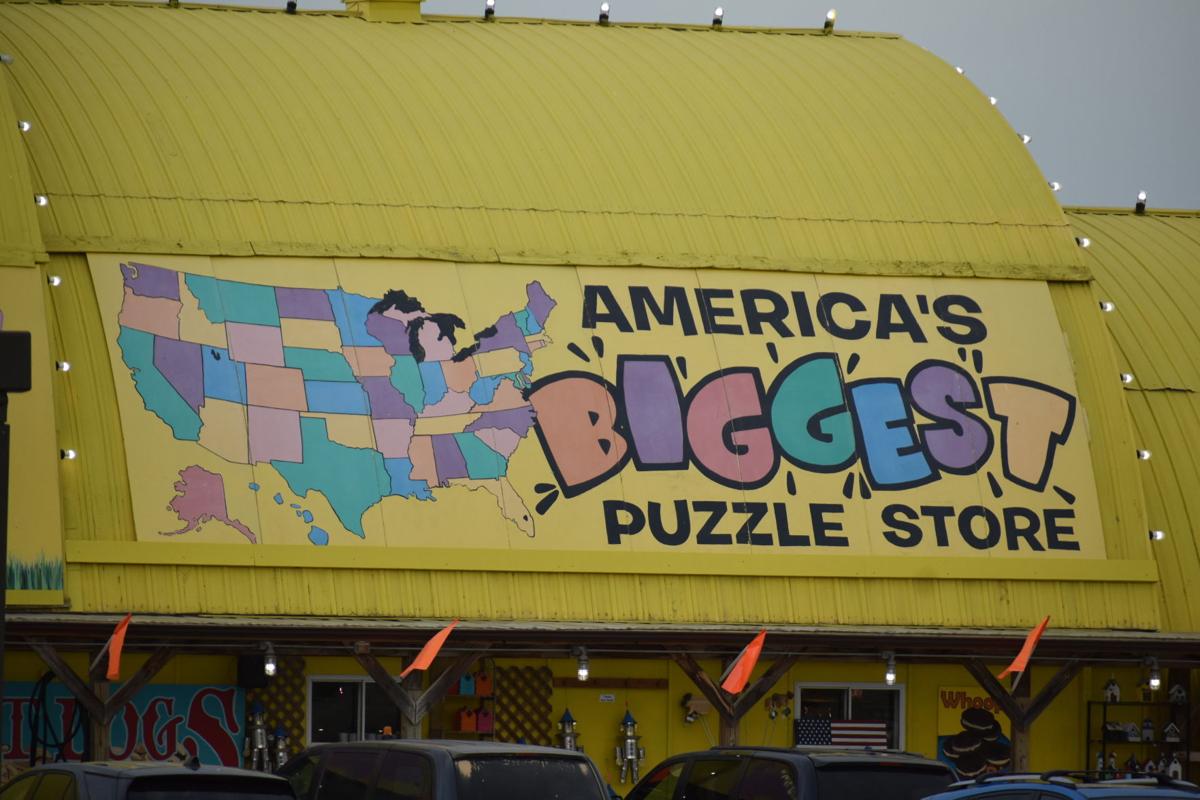 Minnesota’s Largest Candy Store doubles as the largest puzzle store in America, according to store ownership. 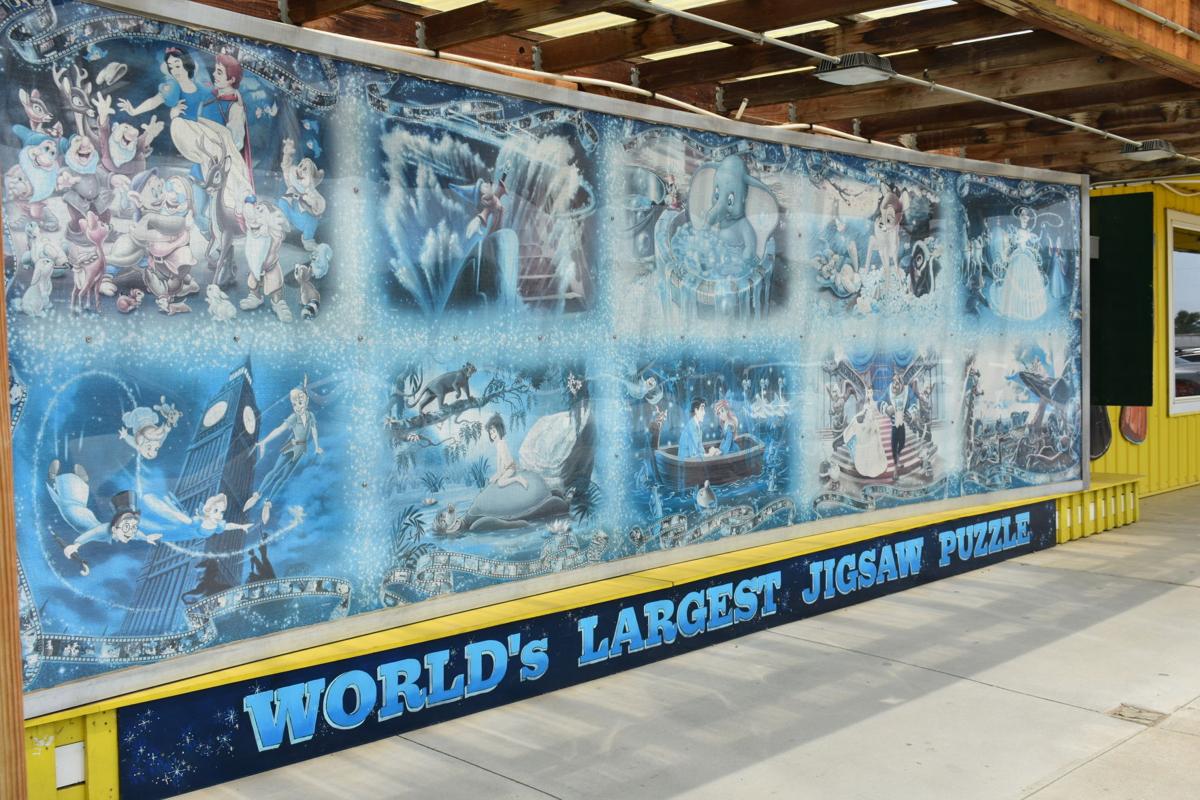 The world’s largest jigsaw puzzle, put together by Jim Shoemaker, is displayed at Wagner’s store. 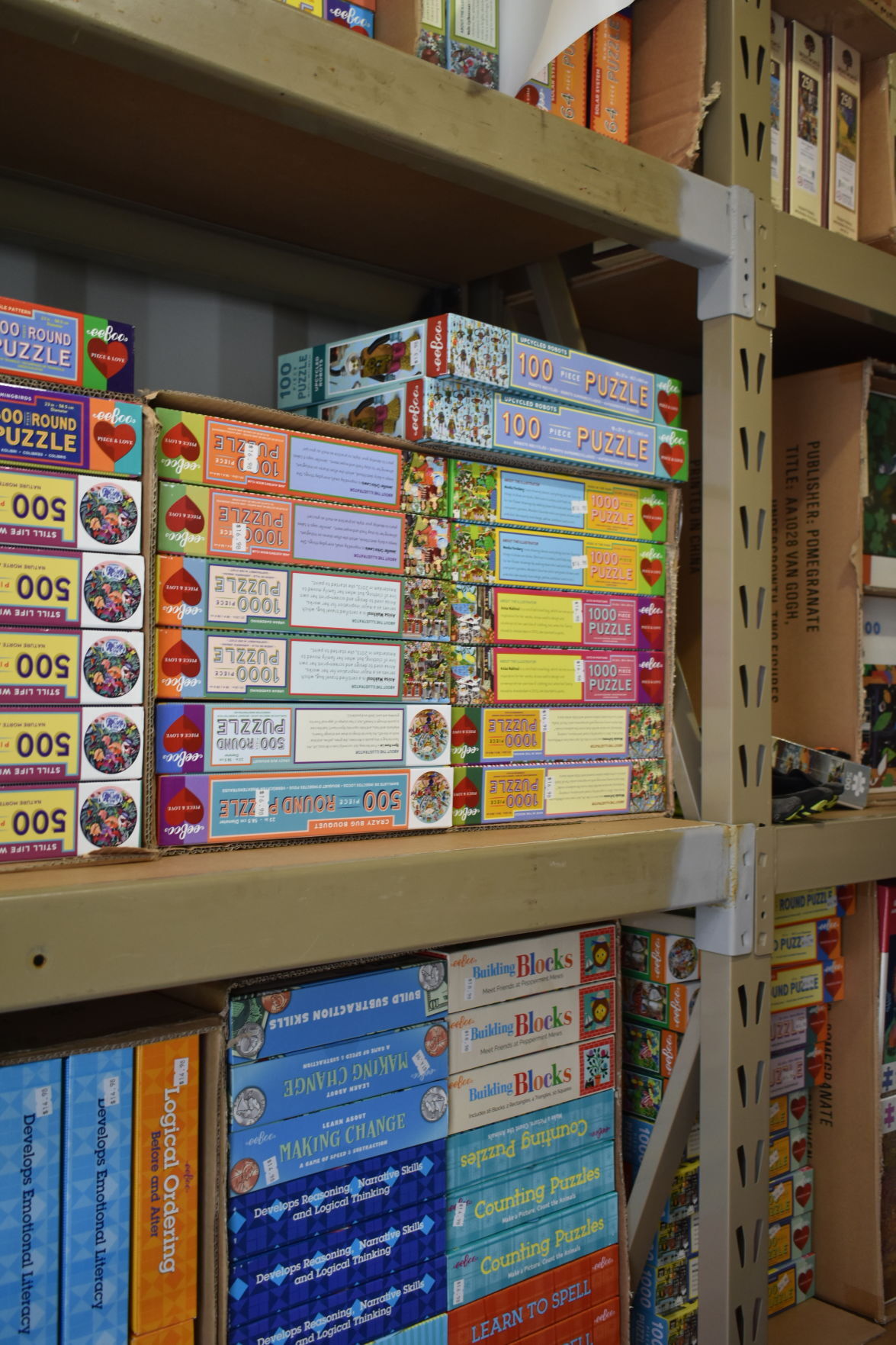 A storage container holds shelves and shelves of puzzles to be stocked in the store.

Minnesota’s Largest Candy Store doubles as the largest puzzle store in America, according to store ownership.

The world’s largest jigsaw puzzle, put together by Jim Shoemaker, is displayed at Wagner’s store.

A storage container holds shelves and shelves of puzzles to be stocked in the store.

Walking along the aisles of Minnesota’s Largest Candy Store in Jordan, puzzles line shelves near the windows and circle the store. Rows and rows of puzzles hang from the ceiling, and blue wooden panels open to reveal several pull-out shelves of 40 puzzles each.

The puzzle craze began when Wagner started using them to fill the empty shelf space previously occupied by perishable items toward the end of the retail season. Customers began buying the puzzles, and the need for full shelves and the demand for puzzles combined to create a new, very popular category of merchandise. Wagner does business with more than 50 puzzle companies around the globe.

Several of the imported puzzles are looked upon as the “gold standard.” Certain customers only build certain brands of puzzles. Unlike other product lines, there is little to no overlap in the variety of puzzles from each supplier.

Eurographics, a Canadian company, creates educational puzzles ranging from the periodic table to diagrams of Mustang cars. Dowdle focuses on individual sites, including the Alamo, St. Augustine and Gettysburg.

White Mountain creates collages, whether of famous musicians or New York Times bestsellers, and is extremely popular among customers. Springbok, which was featured in Hallmark gift stores for years, has a loyal customer following. Wagner stocks a variety of children’s puzzles as well.

At the end of the retail season, Wagner and his staff create a list of every puzzle in stock from each company and send it to the manufacturer. The manufacturer then sends Wagner every puzzle not in stock, so Minnesota’s Largest Candy Store begins each season with every puzzle possible.

Building the vast collection of puzzles wasn’t an easy task. One particular company seemed to be impossible to track down. Wagner worked on searching for it for a year before a customer finally came in with one of the company’s puzzles.

“It was the Holy Grail,” Wagner said, the last piece in his larger collection of puzzles. It turned out that the Spanish company had only a single representative in the United States, making it extremely difficult to track down.

Wagner theorizes that good puzzlers have better vision than the average person and that they can recognize several shades of colors to differentiate very similar puzzle pieces. He is amazed by competitive puzzlers who put together thousand-piece puzzles at a rapid pace.

Wagner’s store is also home to the world’s largest puzzle, a 40,000-piece image of several well-known Disney characters that holds the Guinness World Record for the largest jigsaw puzzle. Wagner commissioned puzzler and customer Jim Shoemaker for the project. Shoemaker spent 428 hours on the piece, putting it together from 10 bags of 4,000 piece puzzles.

Another customer has been working on a puzzle of the same size for two years.

During the long stretch of last March’s stay-at-home order, demand in the puzzle market increased drastically. Wagner’s team had the inventory to accommodate it, having brought in a large order that particular winter.

When the candy season dwindles down, the store remains open for other purposes. Wagner promises that the product November customers see lining the walls is a nonperishable, indestructible product.