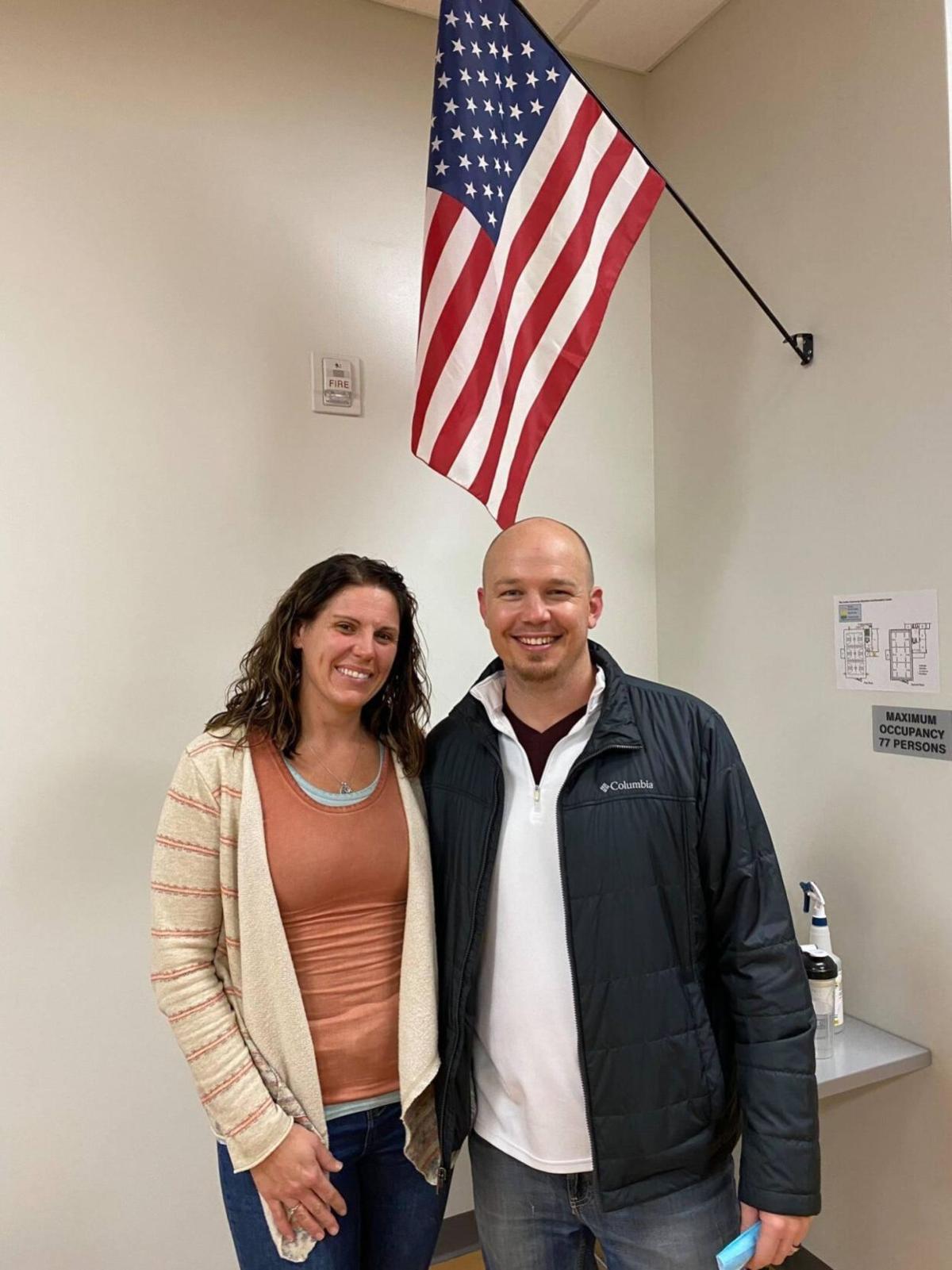 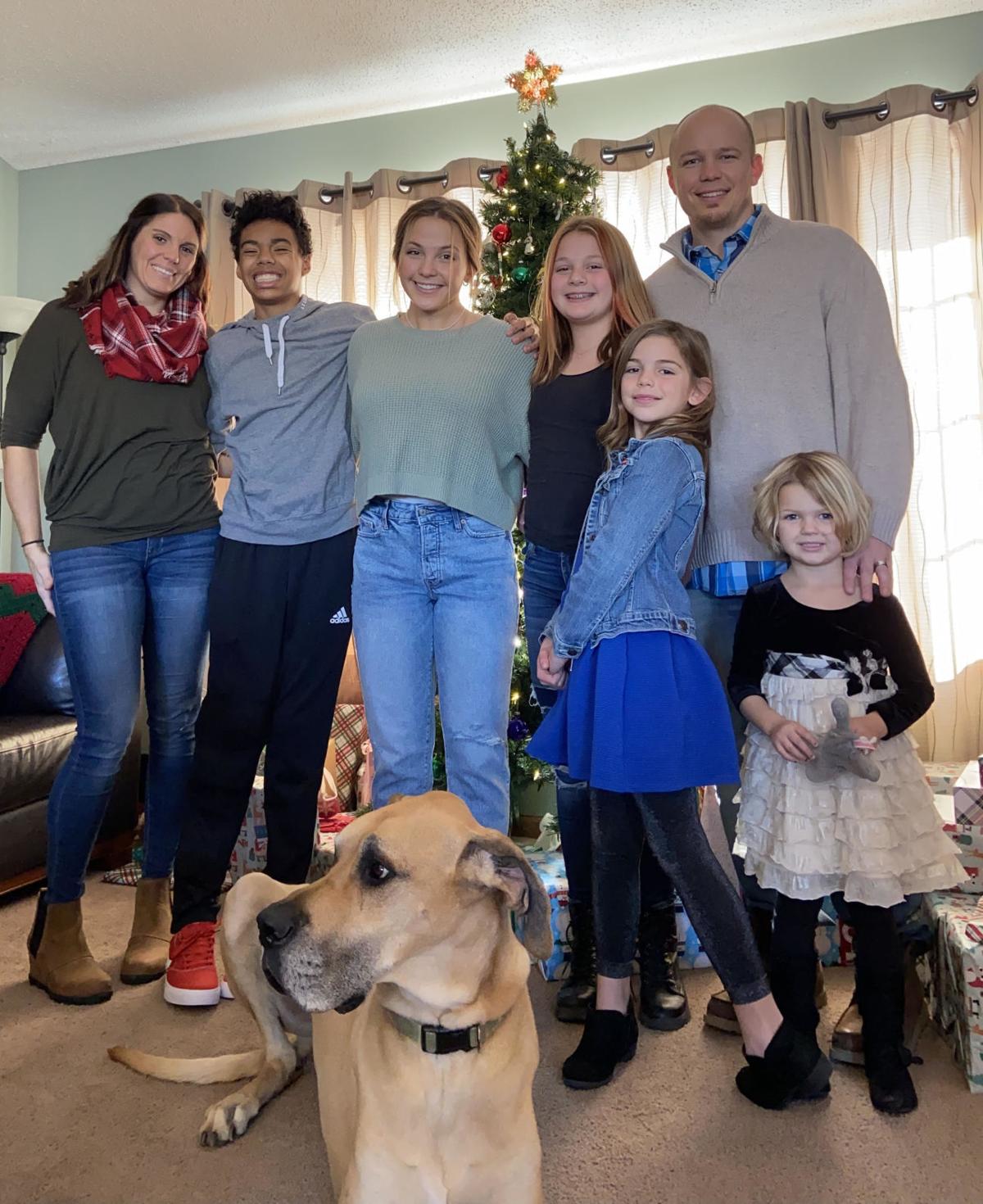 When Jeremiah and Molly Monyok both decided to run for open seats in local Jordan representation, they knew there was a possibility they would both be adding a significant time commitment to their family’s plate.

“We both laughed and thought, ‘Man, if we both win, it’s gonna be a little bit busier of a schedule,’” Jeremiah said.

On Jan. 4, both were officially sworn in as elected officials — Jeremiah to the Jordan City Council, and Molly to the Jordan School Board.

Jeremiah has lived in Jordan since he was 2 years old, while Molly has lived there her entire life. The two met working at McDonald’s when they were 14.

Now, they have five children together, ranging in age from 4 to 17. Their eldest, a senior at Jordan High School, joined the National Guard this winter, Molly said.

As lifelong residents and community members, both were motivated by their love for the people of Jordan to run for representation.

“I have five children in the school system, and so I was just really passionate to make sure that all of the students have equal opportunities for education,” Molly said. “The school system’s run very effectively right now but I wanted to be part of that process.”

An annuity consultant by day, Jeremiah hopes to bring a pro-business perspective to the city council in his upcoming term.

“I care about the town, I like challenges and want to be able to contribute meaningfully,” Jeremiah said. “I believe this is a great place to start.”

The Monyok family is well-versed in balancing a variety of responsibilities and commitments. Running for and being elected as a representative can be time consuming, but the Monyoks were able to take the last few months in stride, they said.

“I balanced the schedules,” Molly laughed.

She also let her reputation speak for itself, she said.

Though they knew it would be an adjustment if they both went all-in, the family was already used to the busy-ness of life with multiple school-age kids and dealing with COVID-19.

On top of her current work as a sports medicine specialist at the Minnesota Correctional Facility in Shakopee, Molly is also pursuing a master’s degree in health care administration.

Despite the fact that it’s “kind of chaotic and hectic all the time,” the couple finds ways to join together to make it work, they said.

“Once you have more than two kids, you’re playing zone defense anyway,” Jeremiah said. “We’re kind of used to always running around and juggling all sorts of stuff anyways, so it hasn’t been too crazy of an adjustment so far.”

Looking forward, Jeremiah said he’s looking forward to getting familiar with the details of projects the council will deal with, including various construction projects as well as how to deal with the floodplain area in lower Jordan.

“Obviously there’s a learning curve but it’ll be really nice to get to dig into that,” Jeremiah said.

Molly said she knows COVID-19 continues to pose a significant challenge to the school district, but she’s excited to dig into it with the school board.

“That’s kind of the biggest thing we’re going to face, is how do we get all these kids K-12 back into the school full-time safely, within the guidelines,” Molly said.

Though they know there are more challenges ahead, both personally and throughout the city and school district, the Monyoks are excited — and prepared — to tackle them as they come.

“We’re excited to serve,” said Jeremiah. “We look forward to working hard, understanding our topics and representing the city of Jordan.”

“We both feel very honored that the city voted us into both positions,” said Molly.

"We're excited to serve. We look forward to working hard, understanding our topics and representing the city of Jordan."