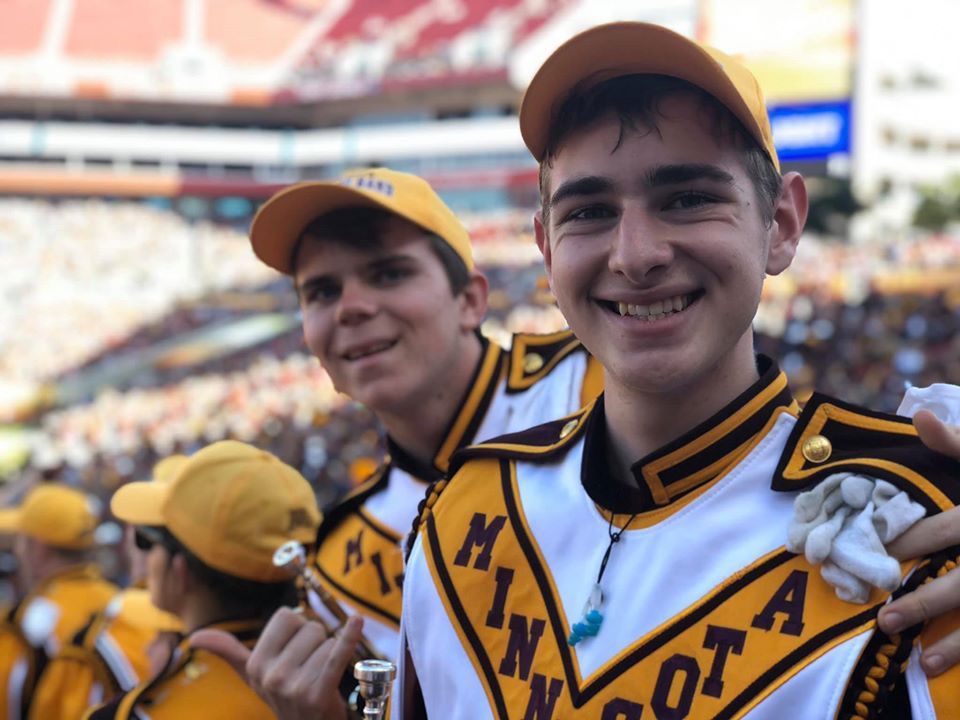 Recent Jordan graduate Jack Hulet, right, with a fellow trumpeter at the Raymond James Stadium in Tampa for the Outback Bowl. 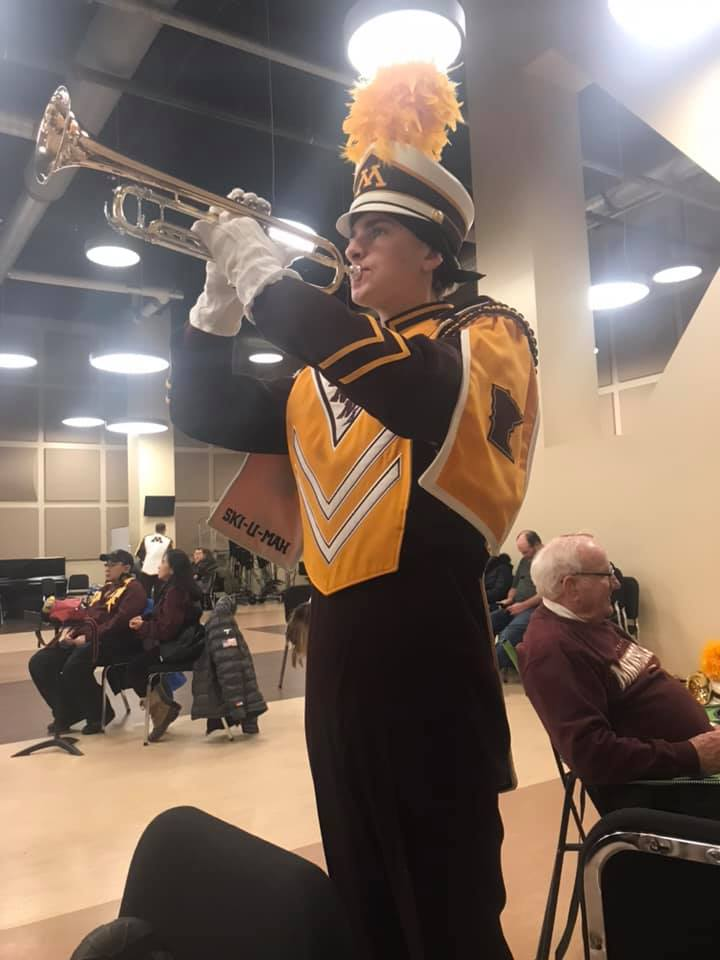 Recent Jordan graduate Jack Hulet, right, with a fellow trumpeter at the Raymond James Stadium in Tampa for the Outback Bowl.

Jordan High School graduate Jack Hulet capped off his first semester of college last week with a trip to the Outback Bowl in Tampa, Florida on New Years Day.

Hulet traveled with the University of Minnesota Marching Band to Raymond James Stadium, home of the NFL’s Tampa Bay Buccaneers, to cheer on the 11-2 Minnesota Golden Gophers football team in their victory over Auburn University.

Hulet’s path to the Outback Bowl began at Jordan Middle School, where he started playing trumpet in sixth grade. Years later, Hulet was a member of the Jordan High School marching band and other ensembles. After being accepted to the University of Minnesota Twin Cities, he set his sights on joining the university’s storied marching band, sometimes called “The Pride of Minnesota.”

“I like to say I’ve been playing the trumpet since sicxth grade, but I’ve only been good at it for about a year,” Hulet said.

Hulet attributes much of his newfound trumpeting skills to Jordan trumpeter Tom Colling, who gave him lessons over the summer. Hulet first met Colling in the pit during high school musicals.

“He’s the best person I’ve ever taken lessons with,” Hulet said. “I’ve always revered him. He was always apart of the (high school) musicals in the pit because he is a really good trumpet player.”

Hulet passed his audition and joined the university’s marching band his freshman year. Right off the bat he was astonished with the skill and scale of the 320-member band, who’s trumpet section is about as big as the entire JHS concert band.

“I had no idea what I was getting myself into applying at the U,” Hulet said.

The marching band is attached the university’s high-profile football program, which found success this season with an 11-2 record an a surprise victory over Auburn University in the Outback Bowl. The band only plays at football games, so Hulet, who didn’t follow football in the past, soon became acquainted with and appreciative of the game, the team and head coach P.J. Fleck.

“P.J. Fleck is so good, there is a large appreciation for him and everything he’s done,” Hulet said. “He’s very big on community experience. He invited the band to a football practice to watch and then we invited the football team to the band practice.”

Fleck showed his and the football team’s appreciation for the marching band during that practice by having the team write thank you cards for the band members.

“There was a giant box of thank you cards from the football team and we got to read through them. It was very sweet,” Hulet said.

In response, the band presented the football team with a giant thank you card at their practice, adorned with a painting inside.

“It was of a boat with a football player and a marching band player in the boat rowing together. On the back it had a bunch of signatures and notes from the band members. It was a really good sense of bonding,” Hulet said.

In addition to halftime music, the marching band plays pregame tunes, music in the stands and sometimes “fifth quarter” post-game, music after Minnesota victories. Hulet said the pregame may be his favorite part of performing with the band. Much of that act is rooted in school tradition.

“The swinging of the gates is something we’ve been doing for over 50 years,” he said. “We play ‘Battle Hymn of the Republic’ and get into lines. We have the ROTC and drum major march down and the lines open up and swing around as they walk down the field. We face the student section and they always get into it, waving their flags. The whole pregame is really cool but that’s a great moment specifically.”

Performing at the Outback Bowl was the high point of the season, Hulet said, but other parts of the trip were extremely memorable — like a parade that culminated in a battle of the bands between the Minnesota and Auburn marching bands.

“That was the best parade I’ve ever been in,” Hulet said. “It’s different than a high school marching band parade — we’re doing a lot of crazy stuff, yelling a lot of crazy chants, moving our instruments around and it’s a lot more energy.”

After the Outback Bowl, the marching band turned in their uniforms for the year. In the meantime, Hulet will continue to play with the freshman pep band, which provides music for other UMN sports and events. Performing in university bands, Hulet said, has defined his college experience so far.

“I don’t know what I would’ve done if I hadn’t joined the marching band this year, friend-wise,” Hulet said. “It’s all worked out very well.”

Hulet is currently studying political science at UMN. He plans on continuing marching band throughout his college career, while pursuing additional musical opportunities in the off-season.