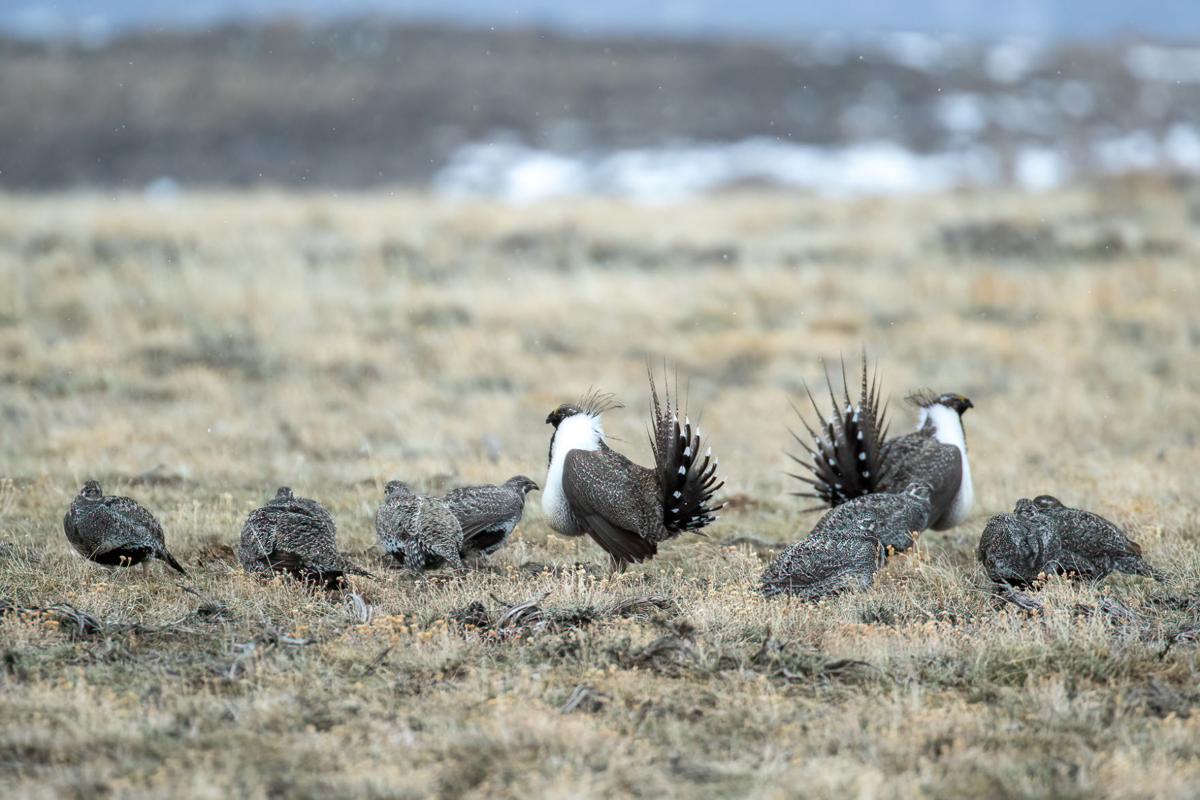 The sage grouse population is in steady decline. It was estimated that some 16 million sage grouse once lived across the high desert western states. Now, there could only be up to 400,000 left.

The rites of spring are particularly interesting, especially in the bird world.

The sage grouse, also known as the sagehen, is the largest grouse species in North America and lives in several western states. The sage grouse has been in the spotlight for decades when their populations started to drop dramatically about 50 years ago.

Like other members of the grouse family, sage grouse has an unusual mating ritual each spring. Males will congregate in displaying or dancing grounds called a lek. At the lek, the males gather pre-dawn and display, dance, and call loudly. Upward of 30 to 50 males gather to display from late winter when there is often snow still on the ground into late spring when the flowers bloom. The grounds or area where the lek is located are often used every year for hundreds of consecutive years by many generations of males. This makes the lekking ground extremely important and critical for the species survival.

It’s funny, when you look at the lek, it doesn’t appear any different from any other part of the sage brush landscape, but presumably the birds are seeing something completely different, with males traveling for several miles in all directions to converge on the same lek each spring. Perhaps this is just one more example of wildlife being able to perceive something that we humans cannot.

The males will start to strut in the dark, just before dawn and will continue for several hours. At some leks this same activity will take place in the evening just before sunset but in my experience, this doesn’t happen all that often. The middle part of the day is spent feeding and resting.

The females gather around the edges of the lek and watch the males perform. Presumably, the females are watching for specific traits or feather conditions. Or maybe it’s the way the males dance or strut. It would be fascinating to know what the females are seeing to indicate the best male. Either way, I have spent many hours watching the males dancing and I can’t see any different at all. Another good example of the birds being able to detect something that we humans cannot.

Females approach the male of their choosing and they often copulate right on the spot. Sometimes the two of them fly off together for a brief encounter. Either way, copulation takes only seconds, and the male is right back to displaying. Females mate many times before they head out into the sage brush landscape to lead a solitary life of nesting and raising the young.

Now for the bad news. A recent report shows that sage grouse populations have declined 80% since 1965 across the 11 states in the west where sage grouse occur. What is more concerning is that more than half of that decline has happen in just the past 20 years. It was estimated that some 16 million sage grouse once lived across the high desert western states. It is now estimated that there are only about 200,000 to 400,000 left.

The reason for this incredibly steep decline in grouse population is the habitat they need to survive is being overtaken by housing developments, uncontrolled wildfires, and worse yet, uncontrolled grazing of cattle. In addition, there are several species of invasive grasses that have moved into the sage brush landscape, thus changing the habitat, making it unsuitable for the sage grouse.

The report predicts that more than 50% of the current leks will become inactive due to these reasons over the next 20 years. No matter what, this would more than likely lead to very dire consequences for the amazing sage grouse in our lifetime.