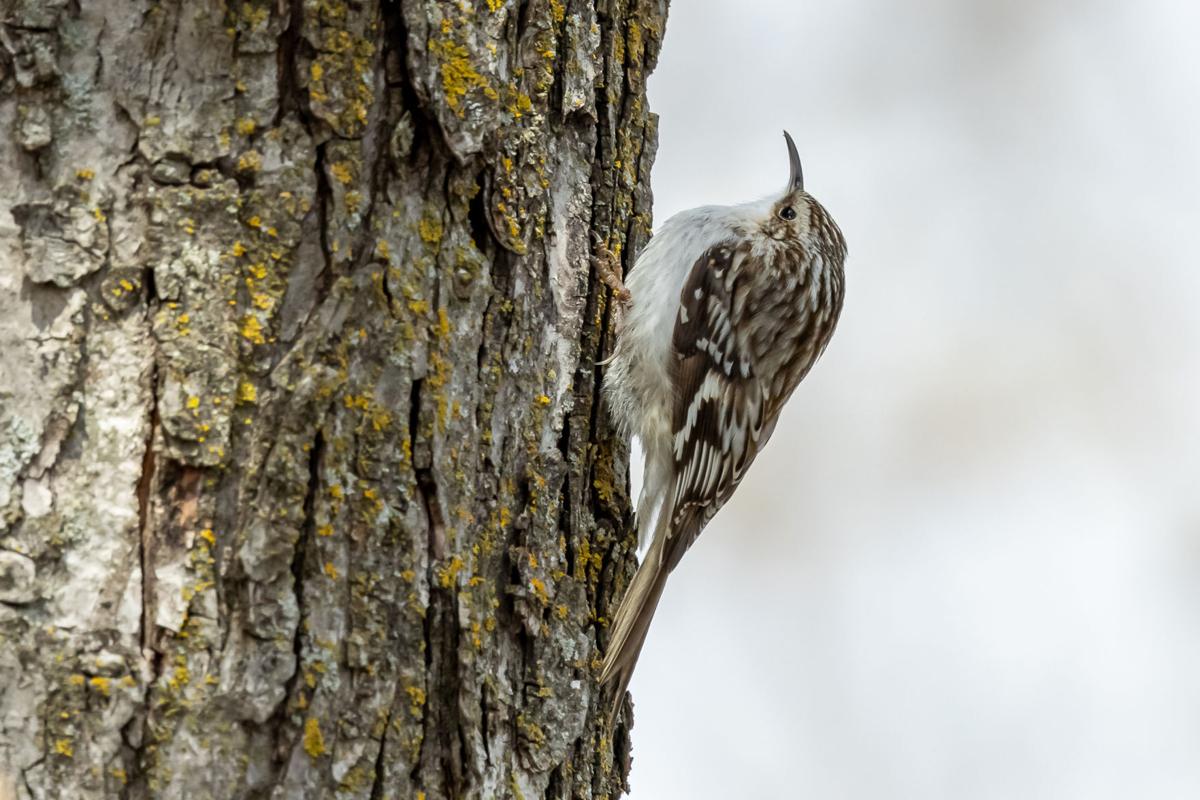 The plumage of the brown creeper blends into tree bark so well that the bird is almost invisible.

I am talking about the most common bird that you never heard of or even seen. The tiny brown creeper (Certhia americana)

Despite a name that makes it sound like something right out of a horror movie, the brown creeper is a small lackluster brown bird. They are dark brown with lots of white streaks. Some think they look like a brown leaf. Their white belly can stand out, but you really don’t see the belly very often.

A broken white line over the eyes and a downward curved bill are the only unique features of this non-descript bird. One thing is for sure, their plumage is such that they blend into tree bark so well that they are almost invisible. This is one of the reasons why most people haven’t seen this bird before.

Measuring only four to five inches in length, they are small, or about the same size as a black-capped chickadee. They are the only species of treecreepers in North America. The treecreepers are a family of passerine birds that are found around the world. The brown creeper is one of seven species, with six found in Europe and Asia and the brown creeper in North America.

During the winter they are found in every state in the nation. During summer they nest in the high elevations of the Rocky Mountains and along the West Coast. In the east they breed from Minnesota to Maine.

OK, OK, OK, let me address the creepy name of the brown creeper. The way these birds find food is to “creep up” a tree trunk. brown creepers fly to the base of a large tree then slowly creep up the trunk using its long-curved bill to probe into cracks and crevices to find insects or insect egg sacks. When they reach the top branches of the tree, they fly down to the base of another tree and start the process all over again.

Their extra short legs, extremely large toes with long hooked claws holds the bird close to the trunk of the tree. It has long stiff tail feathers that act like the third leg of a tripod to stabilize the bird as it moves up the tree.

But what I find very interesting is their nesting behavior. The brown creeper male will sing a high-pitched sweet song to attract a female. If he attracts a female, the male will chase her around before breeding.

Both the male and female select the nesting site, but the female does most of the nest building.

Now for the unusual part. Their nest is constructed of small twigs and is located under the sloughing bark of a dead or dying tree. When a tree dies, the bark loosens up before falling off. Behind this loosely hanging bark is where they build their nest.

This is one more good reason to leave dead or dying trees standing. The dead trees provide a lot of nesting potential for a wide variety of birds. Occasionally the creeper will use a natural cavity in a tree for nesting.

Females do all the incubating, while the male brings her food. This is an unusual behavior in the small bird world and is more common in larger birds such as hawks, owls and eagles. The young stay in the nest upward of 15 or so days. The parents continue to feed the young for several weeks after they leave the nest.

While insects make up most of their diet, they will occasionally feed on seeds. One thing is for sure, they rarely, if ever, land on the ground. They are strictly a tree dweller. They live in thick forested areas with large trees. They are good in both deciduous and coniferous forests.

Unlike many other birds, over the past 50 years, the brown creeper has increased in population about 1.5% per year. Forest dwelling birds are doing better than our prairie or grassland birds.

So, this spring, stop and take a closer look at any small brown bird. It just might be the most common bird that you have never seen before — the brown creeper.