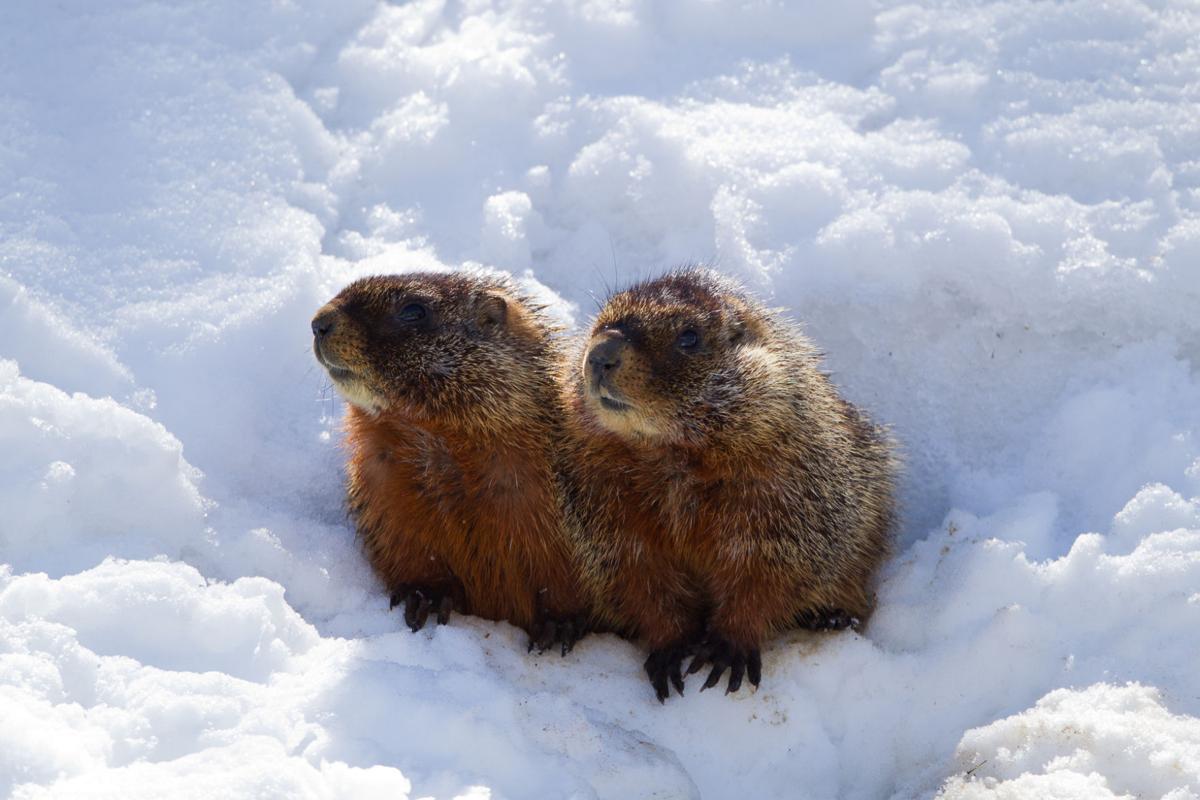 Unlike its common name suggests, the woodchuck does not eat or throw wood. But instead, it eats green leaves of plants such as those of the dandelion.

This year we seemed to zip right past Groundhog Day without even noticing. Perhaps this is because during COVID time, every day seems the same, just like the movie "Groundhog Day." Nothing new or different. Just one day like the other. But for the groundhog, also known as the woodchuck, spring is a wonderful time. So, let’s look at the woodchuck.

Measuring 24-28 inches from tip of tip of nose to end of tail, they sometimes appear as wide as they are long. They only weigh between 10-14 pounds, and become heavier at the end of summer when they are getting ready to hibernate, and less in spring when they emerge from hibernation.

Speaking of hibernation, the woodchuck is a true hibernator, meaning they must go into winter with enough body fat to last them all winter. At no time do they wake up to feed or replenish body fat, unlike the chipmunk which has a supply of food stored underground in the burrow.

If the woodchuck doesn’t have enough fat to last the winter they will die in their den before spring arrives. Even bears, who are well known for their hibernation, wake up occasionally, especially if it is a female giving birth to cubs.

During hibernation, the woodchuck curls into a ball with its head between its front legs and doesn't wake at all. Its body temperature drops from 90 F to about 40 F. Breathing slows to one breath every six minutes and the heart rate decreases from 75 to four beats per minute.

The common name "woodchuck" is from the Cree Indian word "wuchak," which describes several small animals, but apparently the name stuck for this animal. This is also the animal for which Groundhog Day was named. It is sometimes called the whistle pig because it gives a high-pitched whistle-like call when alarmed and it often looks fat as a pig.

This critter is solitary for most of the year except for mating or when a mother is raising her young. In addition, they are rarely far from their den entrance. When they feel threatened, they will quickly run back to their den and slip away underground. It will wait at the den entrance until danger has passed before slowing coming back out.

Unlike its common name suggests, the woodchuck does not eat or throw wood. But instead, it eats green leaves of plants such as those of a dandelion. In the spring before the grass greens up or the dandelions pop up, they sometimes will climb small shrubs or trees to feed on the newly emerging leaf buds.

Back at their den, they have a large underground tunnel system, which is often used by other animal such as Eastern cottontail rabbits, raccoons, opossums, and a variety of snake species. They have separate winter and summer dens. Their summer dens are usually located near open grassy areas with plenty of food nearby. The winter dens are often in the woods and are more of a single entrance hole with a hibernation chamber at the end.

Females breed at one year of age. Mating takes place during March and April. They only have a 30-day gestation period before the young are born. They have about three to six offspring, only once per year. The young are born naked with their eyes closed and helpless. Eyes open and they start to crawl at week four.

Childhood is very short for young woodchucks. They are weaned from mother's milk at six weeks and are out and on their own at 10 weeks of age. And you thought you had a tough childhood.

You can see these wonderful creatures along busy highways and in open fields on sunny days. I think they are marvelous, and I look forward to seeing them each and every spring.