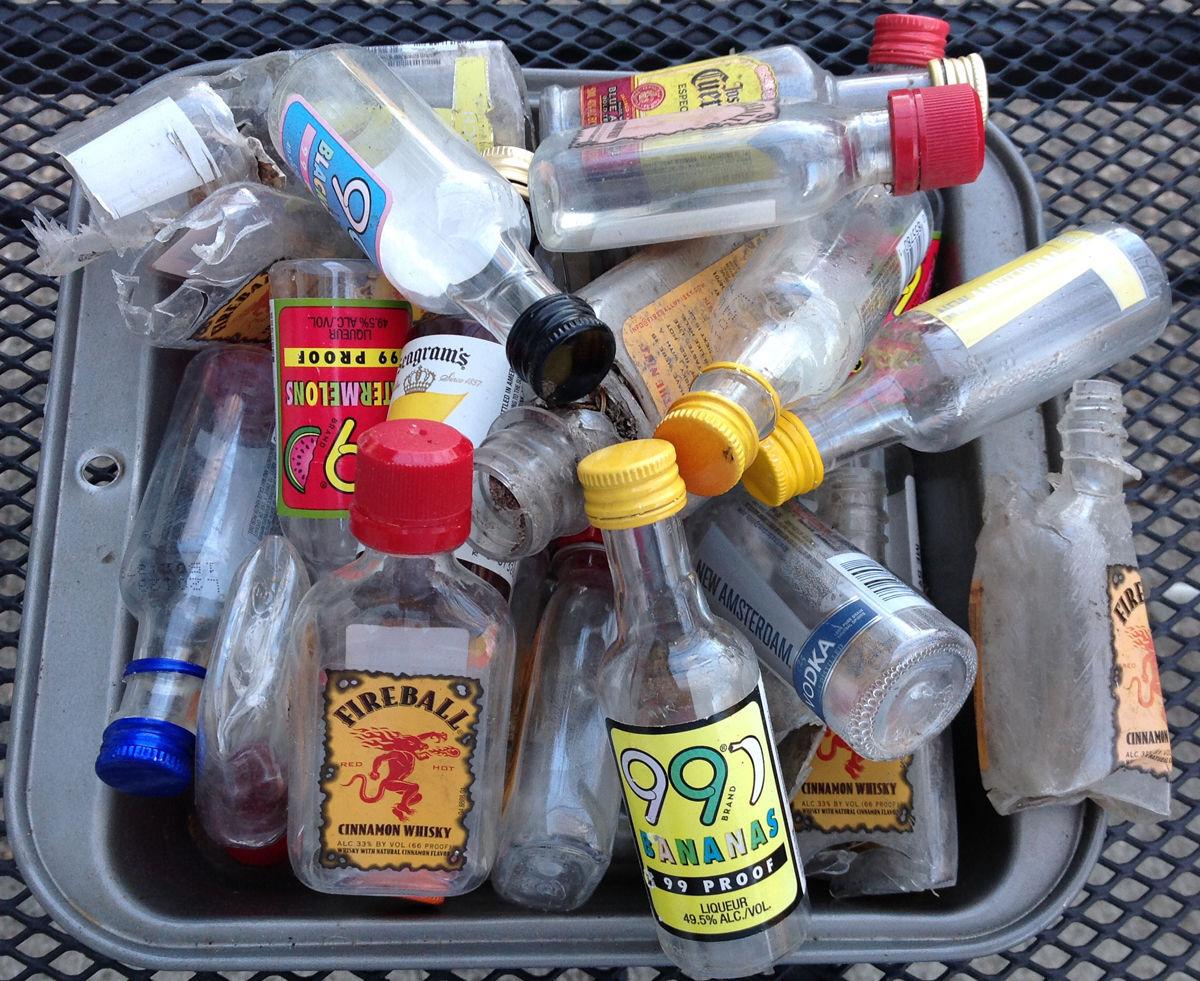 Or a problem made manifest on Seville and El Dorado streets. I picked up some of those little bottles you tossed near a daycare center. Some of them came from the yard near the adult living facility. Most came in a two-block stretch.

I wrote about your drinking problem back in December. The problem persists. When you look at the photo, you’ll know I’m talking to you. Your trail was easy to follow, even amid the usual detritus of the litterbugs who pass through the area.

Just a guess — you’re tossing them out the passenger side window of a car. I say that because the little bottles are always on the same side of the road. Yes, I notice those kinds of things.

I had neither room in my pockets, nor inclination to pick up the few bigger bottles and the Busch beer cans.

As I said in December, your problem is not especially my problem, unless we happen to be on the same street at the same time.

You must realize you have a problem because you throw the bottles away before you get home, or to work. You don’t want anyone to know you’ve been drinking. Not your co-workers, nor your family. So it’s not just your problem. It’s theirs too.

Some will say I should just mind my own business. Maybe so. Maybe someone else should intervene. But who?

Some will say I’m making things up, or making a mountain out of a molehill. The photo is proof (99 proof in a few cases) that what’s happening is real, and persistent.

And no. This diatribe is not about littering. I don’t like that either, but this isn’t the time or place for that topic.

I’ve seen instances of people who have had “a couple of drinks” and they can no longer operate a keyboard to type a coherent sentence. People who laugh, and say they’re good at drinking. Probably everyone who reads this commentary has seen the same. Believe me, if I knew specifically who was tossing all these little bottles, I’d be talking to that person, not writing this commentary.