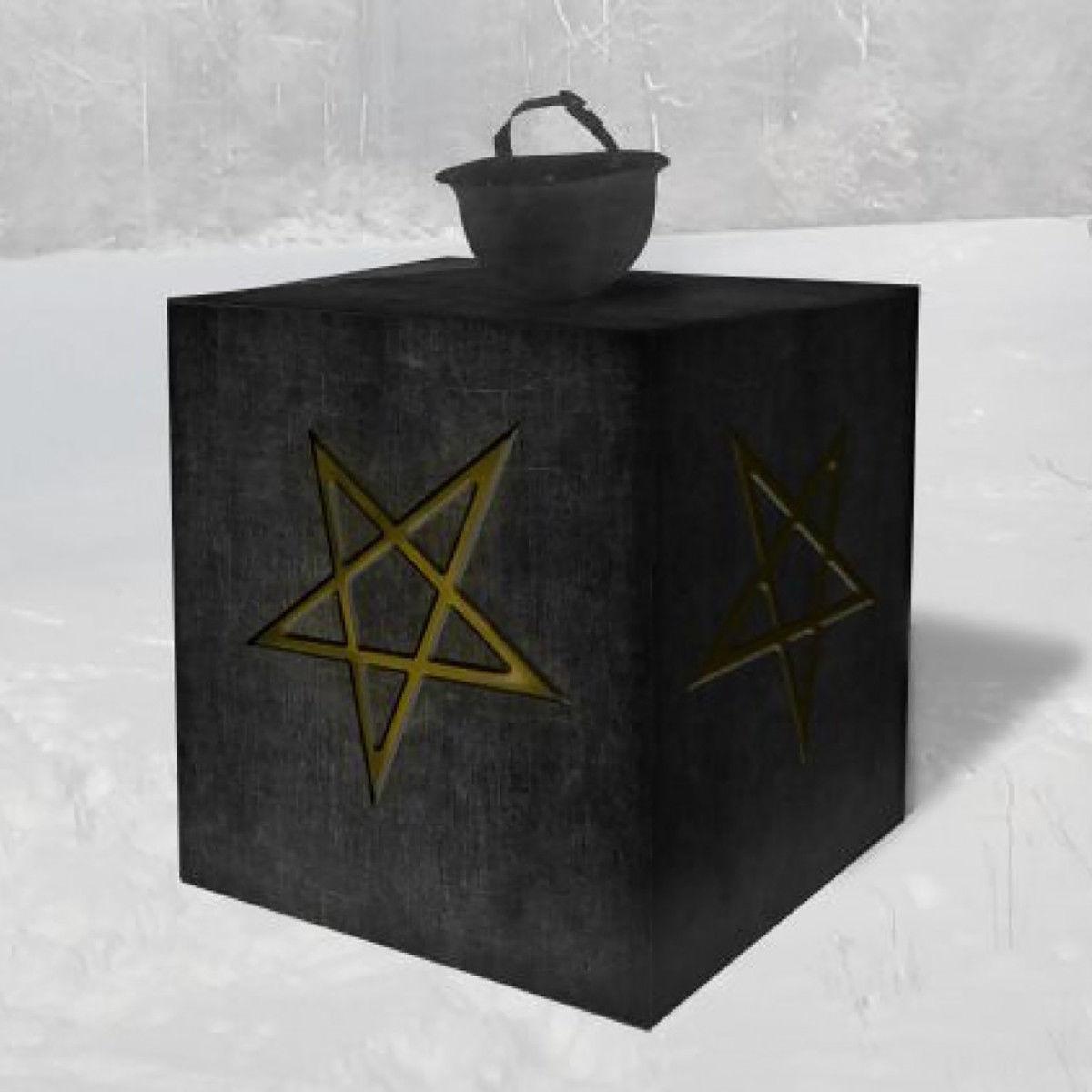 This memorial to veterans was planned by The Satanic Temple, an activist group out of Massachusetts. It would have been the first satanic monument on public land and installed in the Belle Plaine Veterans Memorial Park. 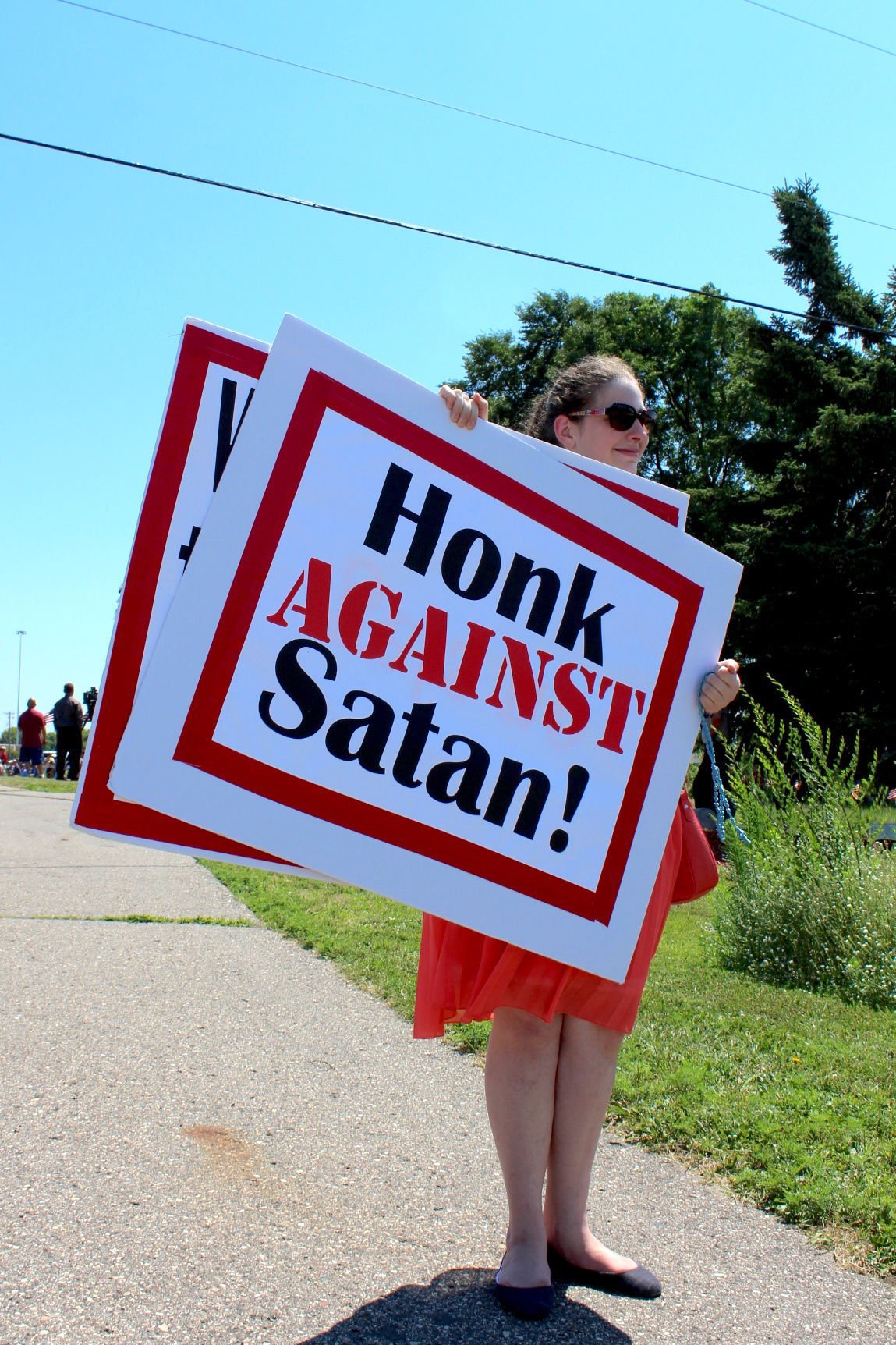 This memorial to veterans was planned by The Satanic Temple, an activist group out of Massachusetts. It would have been the first satanic monument on public land and installed in the Belle Plaine Veterans Memorial Park.

The Satanic Temple in Salem, Massachusetts is seeking $35,000 in damages after the city of Belle Plaine revoked its free speech zone and denied a Satanic monument in Belle Plaine Veterans Memorial Park.

The Satanic Temple submitted a permit to erect a Satanic monument in the park after the city approved a free speech zone in the park to allow the Joe memorial, which depicted a silhouette of a kneeling man, a rifle in one hand and a cross at his feet. Joe was displayed for five months in the park before a complaint from the Freedom From Religion Foundation forced the city to remove the cross from the Joe memorial.

After the passage of the free speech zone, the Satanic Temple submitted an application to install a monument with an inverted pentagram, and it was approved by the city on March 29. It would have been the first Satanic monument erected on public property in the United States.

The city was notified June 29 that the Satanic Temple’s memorial statue was completed and the city agreed to install it in the park.

People were not happy with the thought of a Satanic monument going in the park, and the city was flooded with calls from people in opposition of the application. During BBQ Days on July 15, a Rosary Rally was held to protest, and two days later the Belle Plaine City Council voted to rescind the free speech zone.

The Satanic Temple’s First Amendment rights were violated and breach of contract was committed by not allowing the Satanic monument in the public park, according to the letter sent by Martin I. Flax of the Law Offices of Martin I. Flax in Dedham, Massachusetts.

Flax pointed out that the Joe memorial was displayed for eight months while the Satanic monument was not allowed even one day of public display.

“This constitutes discriminatory action favoring one religious group over another group,” Flax wrote. “The fact that your city council rescinded the limited public forum for all religious groups only after my client had been approved for a public permit demonstrates that your city engaged in discriminatory actions in violation of my client’s First Amendment rights and its rights under the Minnesota Human Rights Act.”

Flax also alleges the city committed breach of contract because a permit was approved, the art was commissioned and the city agreed to assist with the installation, then rescinded the permit prior to installation.

According to Belle Plaine Mayor Christopher Meyer, the city has passed the letter on to the League of Minnesota Cities Insurance Trust legal counsel.

Rachel Wittrock is a Jordan reporter who loves human interest pieces and finding fun ways people give back to the community. She is friendly, witty and stubborn as a mule. Rachel loves geocaching, gardening and exploring the area with her dog.