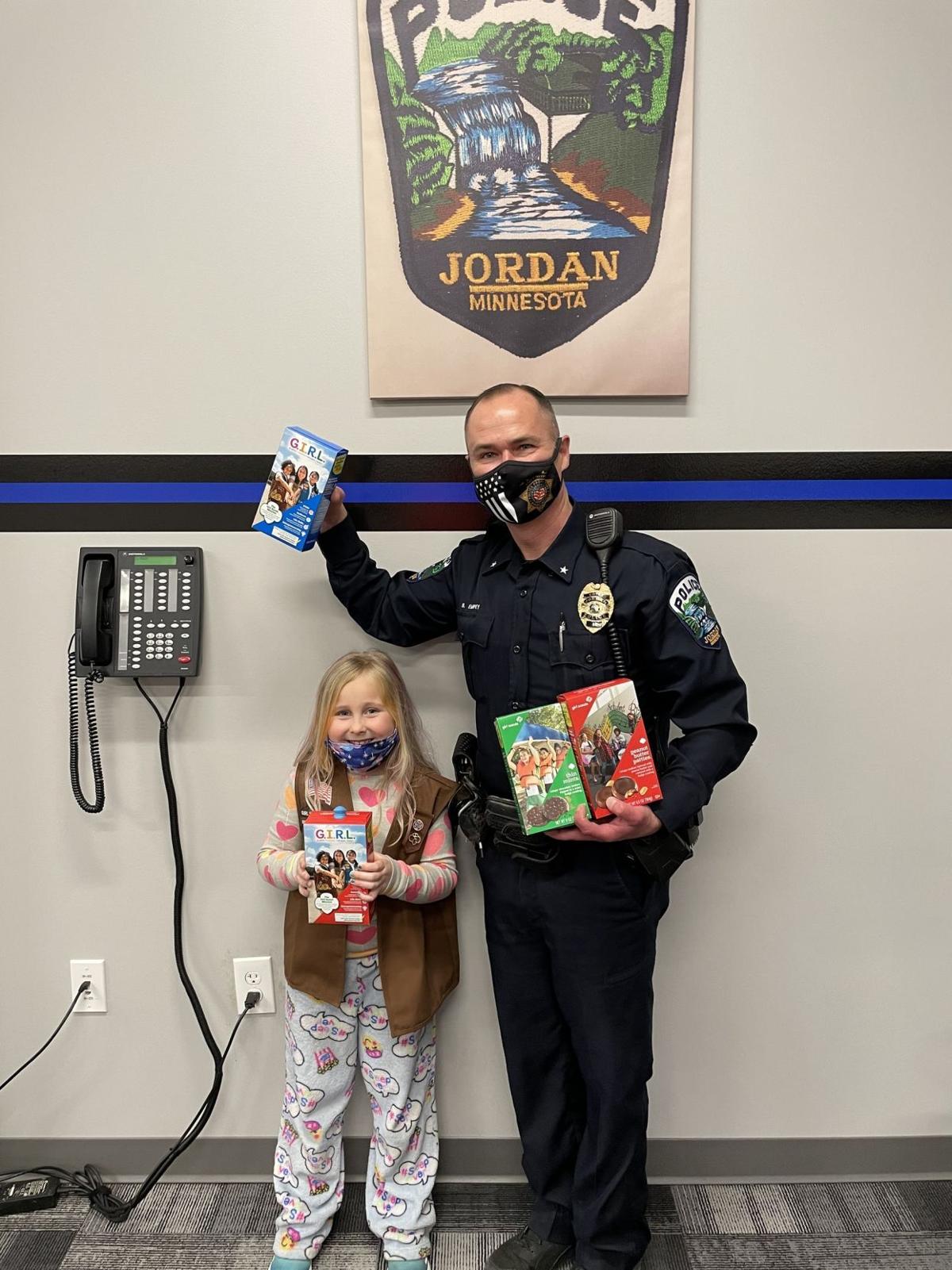 One of Stella’s first visits was with Jordan Police Chief Brett Empey. 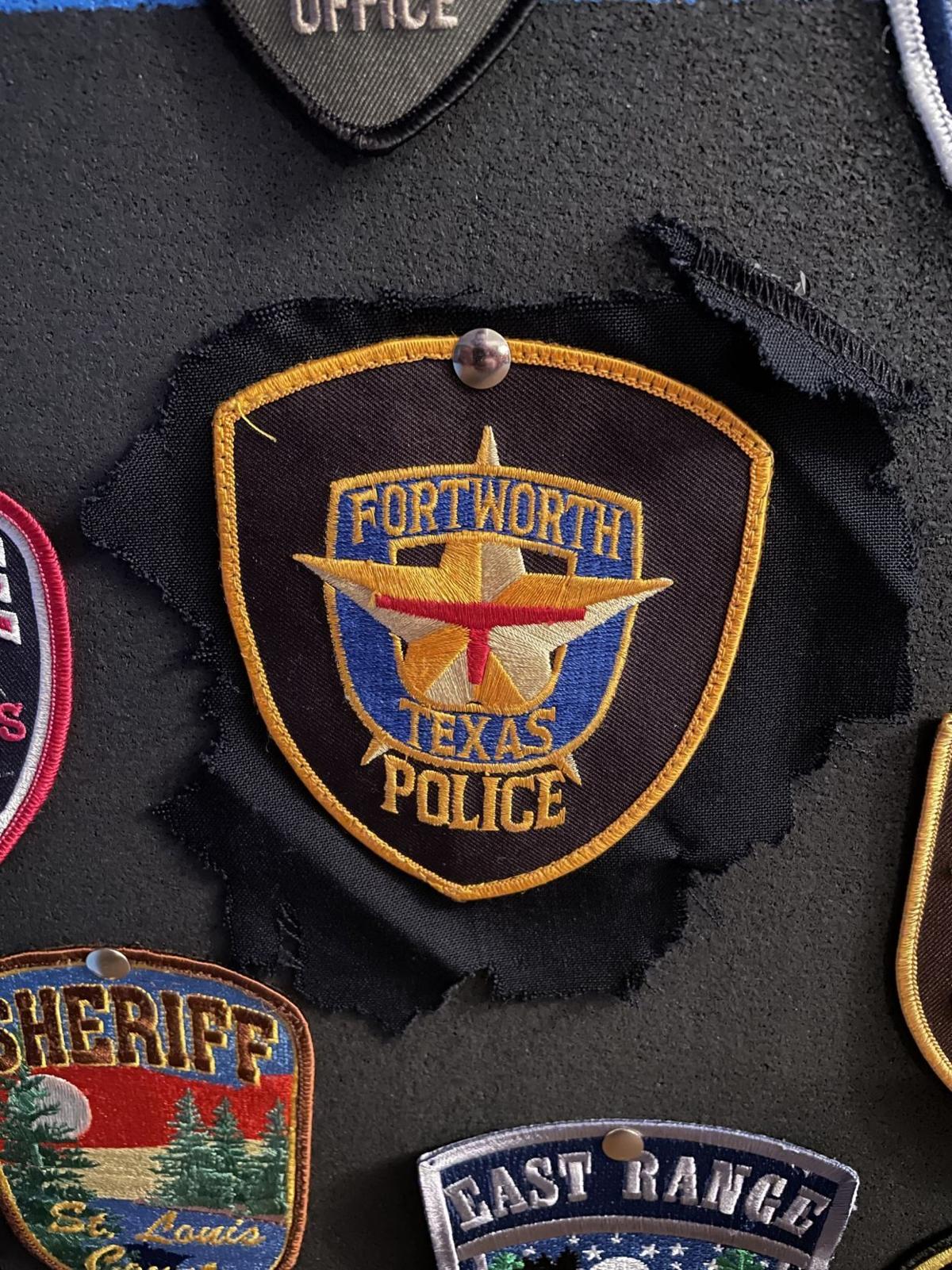 Stella’s favorite patch from an officer in Fort Worth, Texas. 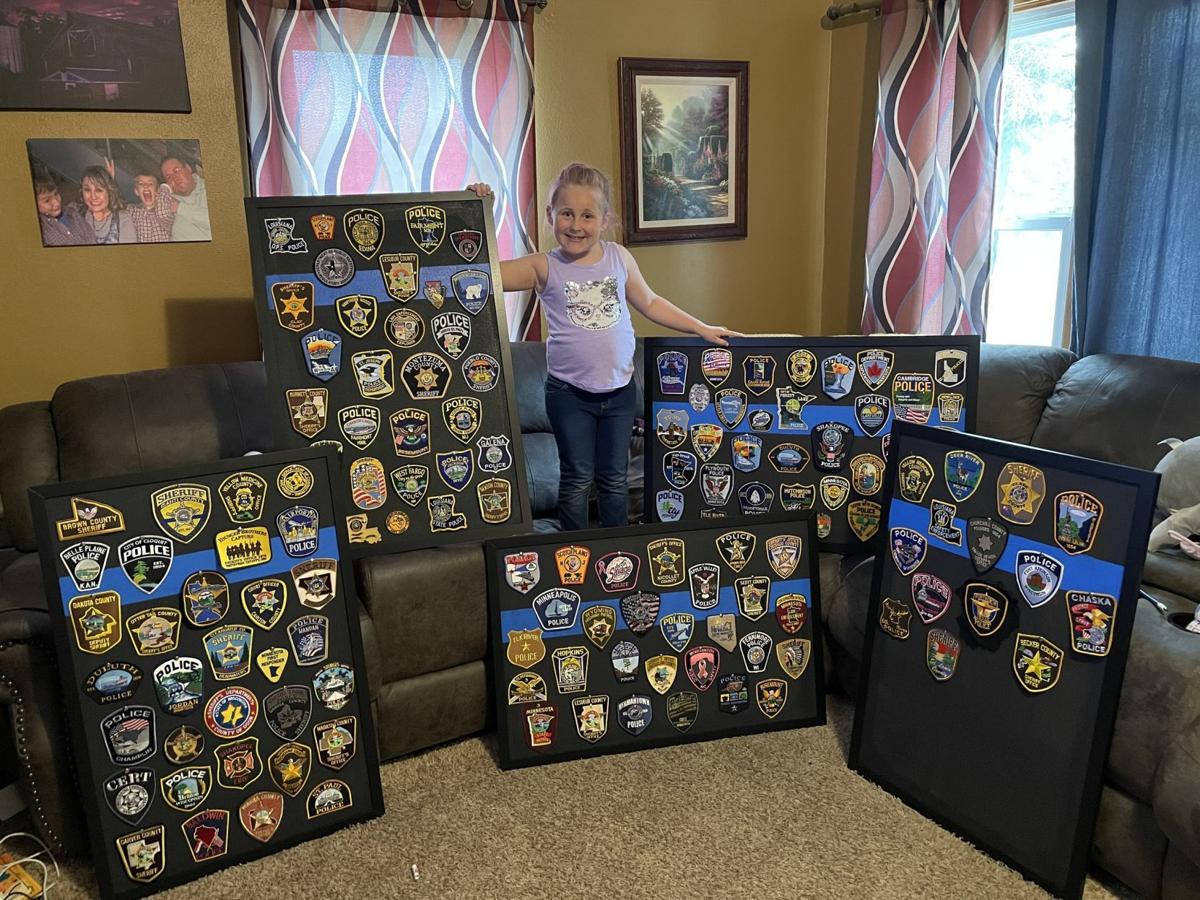 One of Stella’s first visits was with Jordan Police Chief Brett Empey.

Stella’s favorite patch from an officer in Fort Worth, Texas.

This year 8-year-old Stella Peters found a creative use for 160 extra boxes of Girl Scout cookies, doubling as a way to show her appreciation for law enforcement officers in her community — and beyond.

Peters, a second-grader and Girl Scout from Belle Plaine, came into the surplus after numerous friends and family wanted to donate to her troop but didn’t want to take the cookies home.

When trying to figure out what to do with the boxes of treats, Stella and dad, Nick Peters, came up with the idea of donating to area police and firefighters.

“She wants to do a job in law enforcement or be a park ranger someday,” Nick said.

For Stella, the idea of being a park ranger is most exciting right now.

Though she wasn’t expecting anything in return, after a visit to the Savage Police Department, Stella received a special gift that set her on the course of a brand-new mission.

Savage Police Chief Rodney Seurer wasn’t there when the Peters stopped by, but he sent along a thank you card with some law enforcement patches.

This inspired her to reach out to other departments to see if she could create a collection.

Just a few months later, Stella has collected over 230 patches from 33 different states, and one from the Czech Republic.

She’s got a goal of collecting at least one from each of the 50 states.

Jordan Police Chief Brett Empey was one of the first area stops that Peters made with cookies and cards of appreciation.

Nick said Empey provided an in-depth tour of the police department and offered a couple of patches to add to Stella’s collection.

“We got to walk through the evidence hallway and got a tour of his office,” said Nick.

Empey remembers Stella coming into the department with a big smile on her face.

“I thought for such a young person that it was quite special that her first thought was to give those extra cookies to police officers,” Empey said. “Knowing we have the support of our local communities is priceless to our officers and Stella has certainly made her support for law enforcement clear. We much appreciate Stella for thinking of us.”

For Nick, it’s been special to see how accommodating officers have been in helping his daughter reach her dream.

Once they realized they might be able to ask for law enforcement patches to add to Stella’s collection, the pair decided to buckle down and branch out their requests.

Each day after school, Nick and Stella sit down and research departments to send a letter of appreciation to, explaining her story and requesting that they send her a patch.

“Every afternoon we go through the mail together and it’s cool to see who’s responded,” Nick said.

Their efforts have garnered local media attention, including a segment on Fox 9, which has helped spread the word about their story, Nick said.

Last week they received a particularly special and unexpected gift.

In late June of 2019, a crash killed a nurse and pilot on board a medical helicopter in Brainerd.

That nurse’s husband, Gary Schott, heard and was touched by Stella’s story. He felt compelled to send in patches from his wife’s nurse uniform, which she had worn for 14 years.

“She obviously passed away doing her job, so that’s so cool to have those as part of the board Stella is making,” Nick said.

One of Stella’s favorite patches was won for her by a family friend who was on a business trip in Fort Worth, Texas.

The friend ran into an officer and asked if he had any patches that he might be able to give — he said he didn’t at the moment, but asked for her contact information to pass one along later.

“Towards the end of the day they just happened to run into each other again and he was like, ‘You know, I’m really bad with email and I’m really bad with following up with this kind of stuff. . . I’m pretty much at the end of my shift,’ and he just ripped the badge right off of his shirt and gave it to our friend to bring home for Stella,” Nick said.

There are still remnants of fabric on that patch, just one of over 200 that each have a story attached.

For Stella, one of the most impactful parts of the experience has been the connections she’s been able to make with law enforcement officers from all around the world.

She and a friend even got an escort to school a few weeks ago in a Hopkins police squad car.

Most importantly, she’s been able to show appreciation to some of the people in her community she most looks up to.

“I think it’s important that we show these men and women (in law enforcement) our support,” said Nick.

"I think it's important that we show these men and women (in law enforcement) our support."