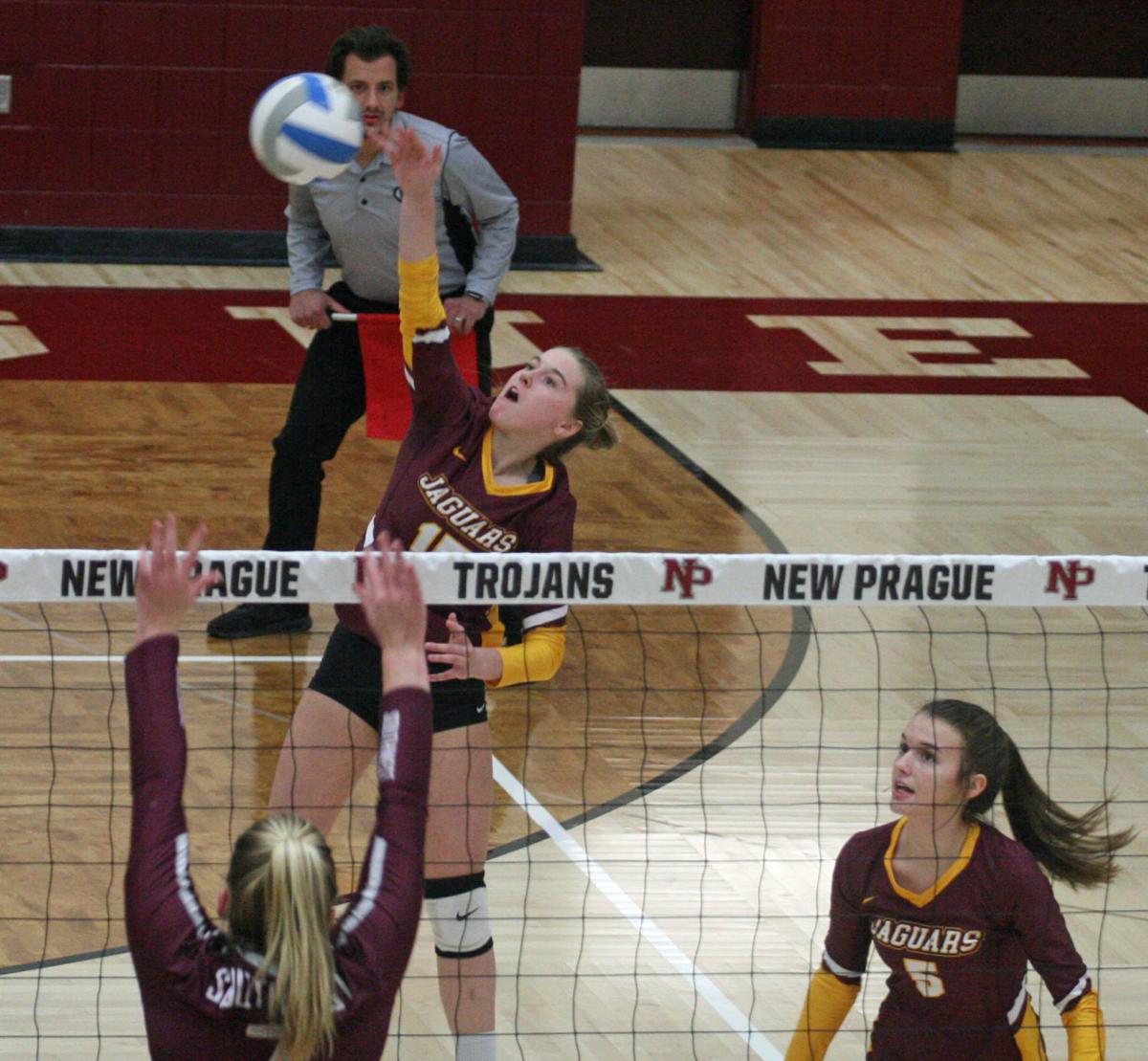 Senior Riley Flynn will be one to watch as an outside hitter for Jordan this season. 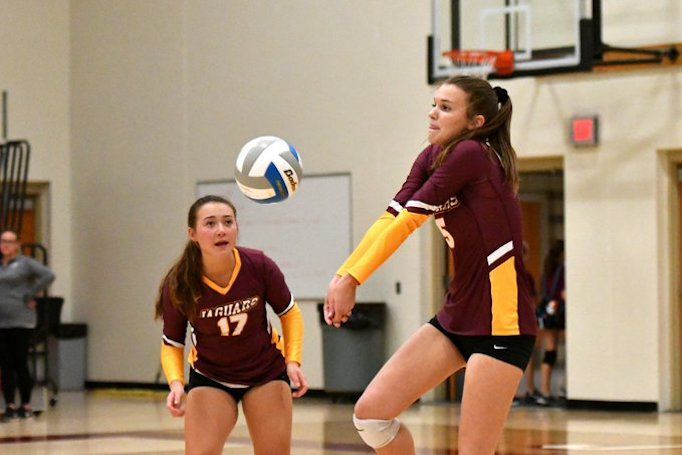 Senior Joelle Weber will return as Jordan’s setter this fall.

Senior Riley Flynn will be one to watch as an outside hitter for Jordan this season.

Senior Joelle Weber will return as Jordan’s setter this fall.

The Jordan volleyball team will see some new competition this fall in the Wright County Conference.

The Jaguars moved into that 15-team league coming over the Minnesota River Conference where it won league crowns in 2017 and 2014.

The last time Jordan made the Class 2A state field was in 2011 when it finished third.

The Jaguars lost some strong talent from last year's squad, but coach Taylor Soine has some key players back staring with senior outside hitters Riley Flynn and Lauren Schmidt and senior setter Joelle Weber.

But to provide kill opportunities for Flynn and Schmidt, Jordan will need to make good passes from the back row to Weber, so she can create good scoring chances.

"We have a very serve-receive heavy team this year," Soine said. "What I mean by that is that we have a lot of good passers so we are in system a lot."

Sophomore Ava Weber will be one to watch on the backline for the Jaguars as the team's libero, while Caroline Kinkade will be in the middle.

"Ava is our serve-receive specialist and she knows how to handle the back court," Soine said. "Caroline was a very big piece of our junior varsity team last year. I'm hoping she will be a big part of our varsity this year."

Jordan had 10 seniors see varsity action last fall, so there could be a learning curve early this season. The Jaguars dropped its first league game Oct, 9, falling in three sets at home to New Prague (25-13, 25-18, 25-23).

"We want to stay competitive and stay that way for years to come," Soine said. "It is a building year and we plan on becoming the best team we can."

What will the strength of this year's team be?

"Their grit," Soine said. "They are a very competitive group of girls who know how to fight and scrap for points. They are getting better with communication and that will also be a strength of ours by the end of the season."

The regular season has been shortened to 14 matches this fall due to the ongoing coronavirus pandemic. In a normal season, teams play as many as 26 matches, which includes three to four tournaments, before starting the postseason.

There will be a playoffs this fall. The Section 2AA tournament will start in the final week of November. But there will be no state tournament.

How has the team handled all of the uncertainty this fall, which likely started in the summer?

"They have handled it very well," Soine said. "They are playing every game like it is their last and leaving everything out on the court for their teammates. It's super nice for their parents to be able to come to the games now. All the parents are very supportive of their girls and the team."