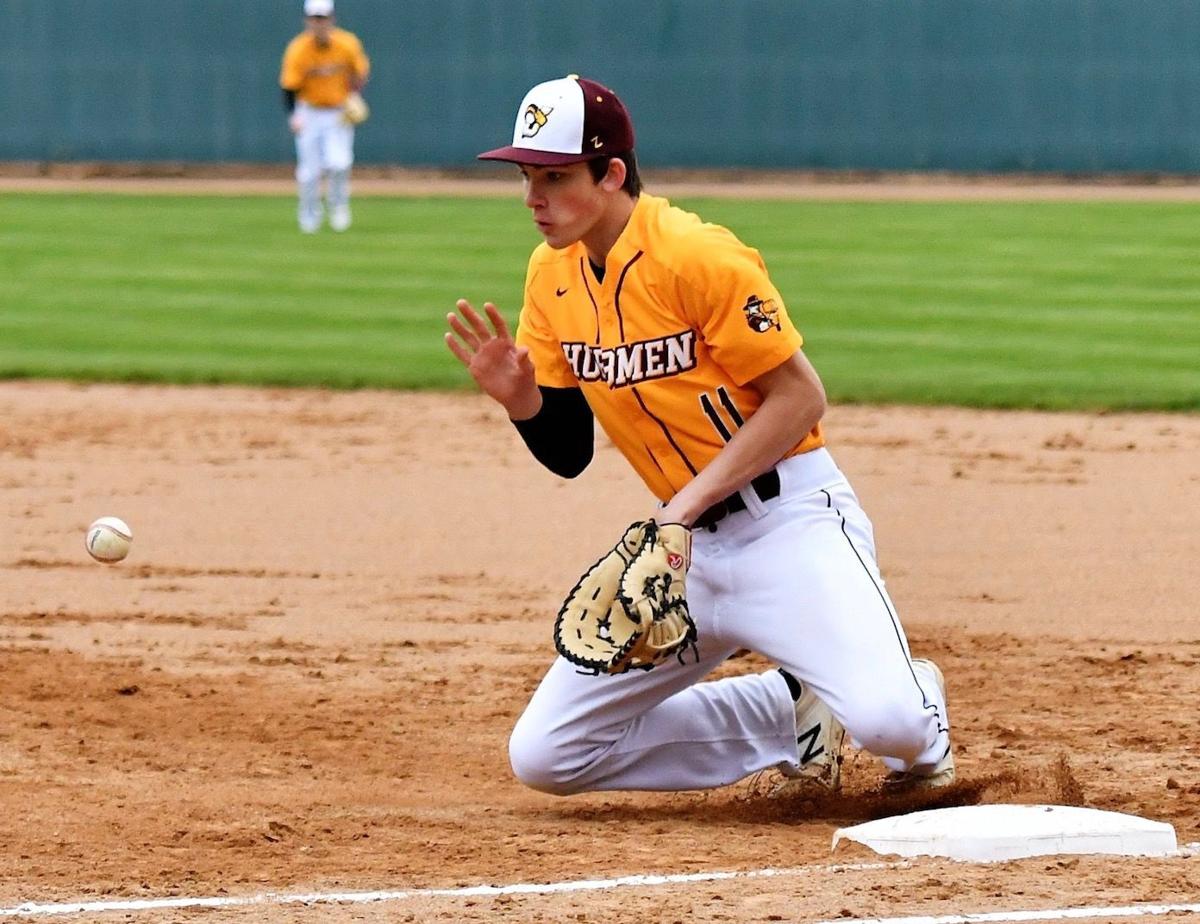 Daniel Zang makes a play at first base for Jordan in a Wright County Conference game versus Orono April 26. 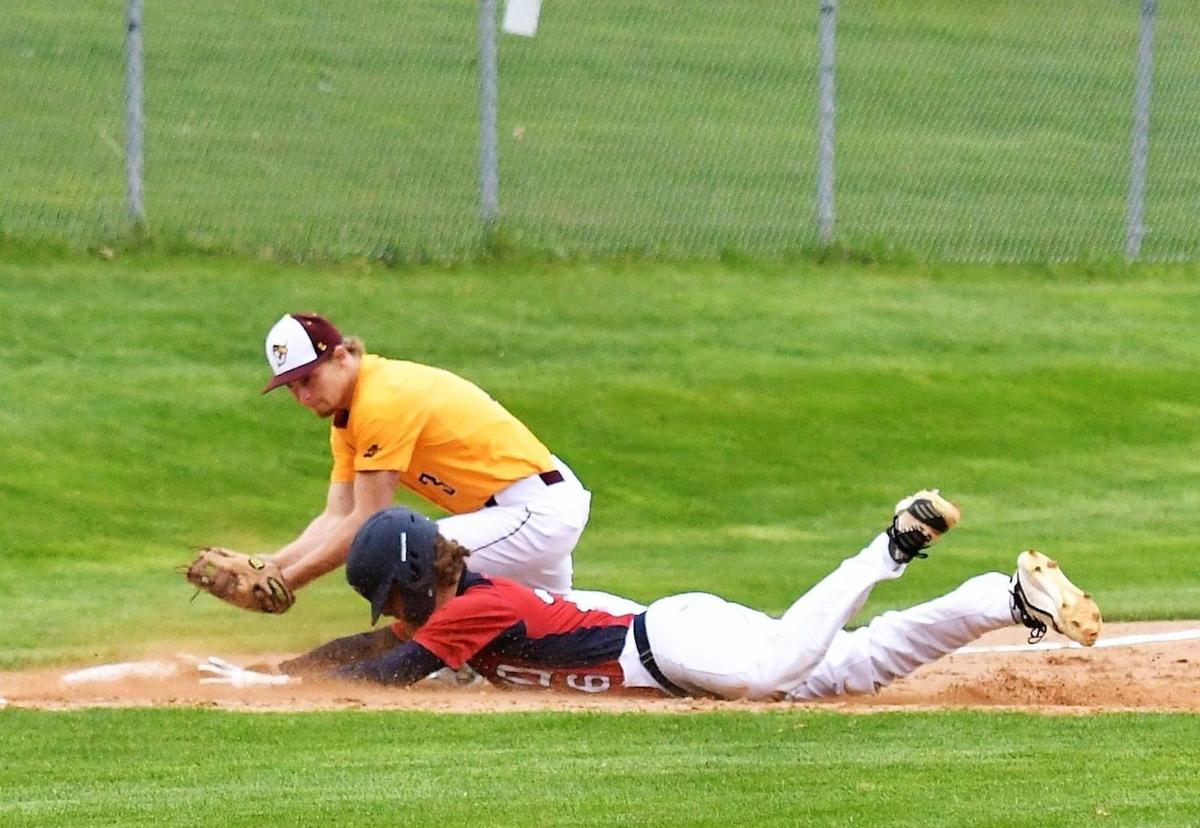 Austin Lucas tries to get the tag down at third base in Jordan's Wright County Conference game versus Orono April 26.

Daniel Zang makes a play at first base for Jordan in a Wright County Conference game versus Orono April 26.

Austin Lucas tries to get the tag down at third base in Jordan's Wright County Conference game versus Orono April 26.

The Jordan baseball team hopes to be a factor in Section 1AAA and in the Wright County East Conference this spring come season’s end.

But just being on the diamond again is important to the Hubmen.

The 2020 season was canceled due to the emergence of the COVID-19 pandemic, so the seniors on that team didn’t get an opportunity to play their final high school season.

“The team has fight in them and they are excited to be back on the field and playing baseball after being cancelled last year,” Hubmen coach Brent Goracke said. “Our seniors are very grateful to be able to play out their senior season at the ballpark.”

Jordan opened this spring splitting its first eight games. In 2019, Jordan won the Minnesota River Conference title with a 12-2 mark and ended 15-6 overall.

In 2018, Jordan won the Section 2AA title and finished fourth at state, so the program has been on the upswing.

Baseball is now four classes, so the Hubmen are in a new eight-team section with some strong programs in Albert Lea, Austin, Byron, Faribault, Kasson-Mantorville, Red Wing and Winona.

Jordan is no longer in the MRC, moving to the WCC at the start of the school year.

“Our goal for this season like any season is to continue to develop and by the end of the year be playing our best baseball,” Goracke said. “We have work to do. The guys are anxious to try to meet that challenge head on.”

After a 1-3 start, Jordan won three of its next four games, including an 8-4 victory at Holy Family April 30 and a 15-7 home win over Mound Westonka April 29.

Jordan’s final regular season game is May 27 at home to Totino Grace. The Section 1AAA playoffs will start June 1.

This year’s Class 4A state championship game is slated for June 18 at Target Field in Minneapolis. The dates and venue for the quarterfinals and semifinals are still to be determined.

In the Hubmen’s win over Holy Family, junior Daniel Zang tossed a complete game. He allowed five hits and four earned runs, while striking out five.

Zang also produced at the plate, finishing 3 for 4 with an RBI. Sophomore Afton Koch went 2 for 4 with an RBI, while junior Austin Lucas also drove in a run. Reagan Koch finished 1 for 3 with two runs scored.

Hvidsten got the win on the mound, working four innings and allowing two unearned runs, while fanning seven. Lucas pitched three innings of relief, giving up five runs (one earned) with two strikeouts.

“After over 600 days off from playing in a high school game you can see that the players have some catching up to do,” Goracke said. “This isn’t any different than most teams right now. When players don’t have an opportunity to mature and grow in basic steps of their personal baseball development you can see the year lost last year in the play going on today.

“But again, they are working very hard and making great strides in getting better every day and we are seeing a very positive attitude from the players all the while having fun doing it,” Goracke added.