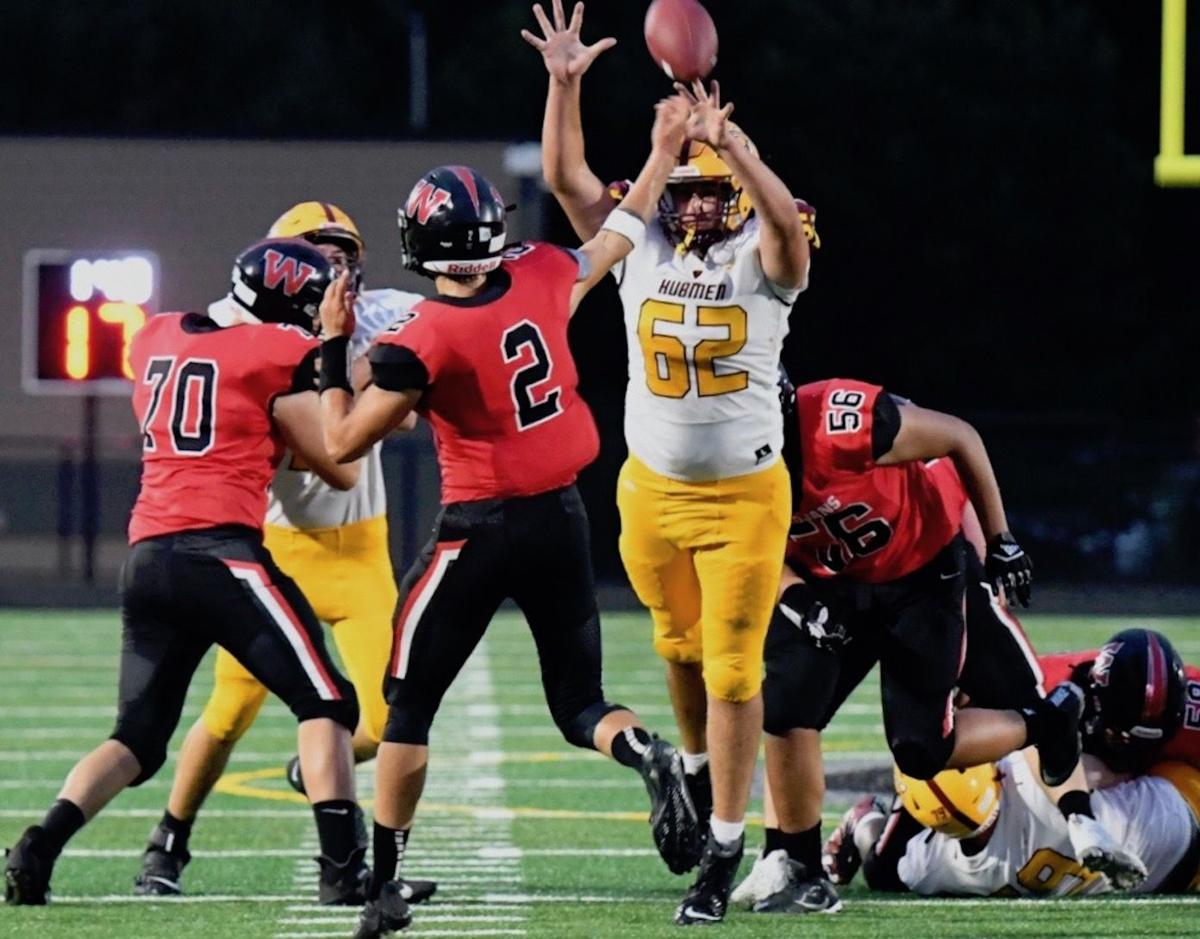 Junior Luke Borowicz puts pressure on the quarterback in Jordan’s 41-14 win at Worthington in the season opener Sept. 3. 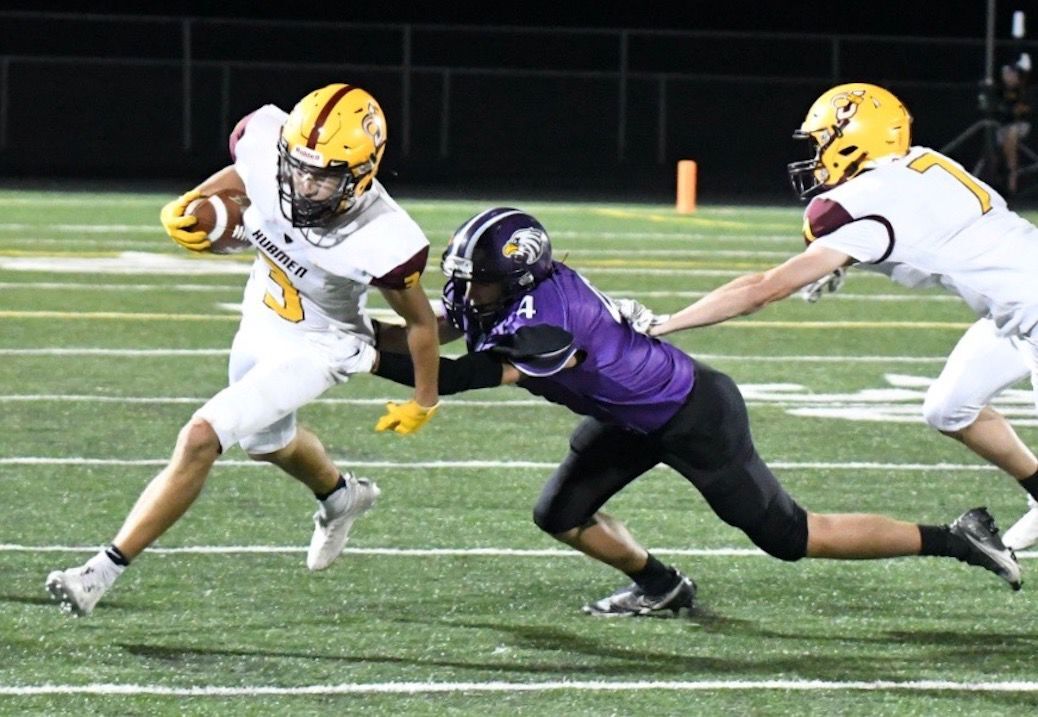 Junior Luke Borowicz puts pressure on the quarterback in Jordan’s 41-14 win at Worthington in the season opener Sept. 3.

The Jordan football team is off to a dominant start this season.

Junior quarterback Noah Millhouse has completed 32 of 57 passes for 588 yards and seven touchdowns in the team's 2-0 start. Seniors Ashton Sivilay and Alex Mizsak have combined to catch all seven of Millhouse's touchdown throws.

Sivilay has six catches for 133 yards and four scores in the two games, while Mizsak has eight grabs for 233 yards and three touchdowns.

"In our first two wins, the effort has been very good by the players," Coach Ozzie Sand said. "Execution-wise, we are continuing to learn each week. We improved greatly from week 1 to week 2 in this area, but that is something we need to focus on as we move forward."

The Hubmen are also showing they can run the ball. Senior David Buesgens has carried 28 times for 146 yards and three touchdowns, while he's also caught five balls for 91 yards.

Sophomore quarterback Nate Olson has also thrown a touchdown pass for Jordan. He connected with junior Nate Kes on a 42-yard scoring strike in the win over Worthington.

Senior Austin Smith returned a kickoff 80 yards for a touchdown in the Worthington game. He has nine catches for 84 yards in the two games with seven of those grabs for 45 yards coming in the season opener.

Defensively, Jordan has been equally as dominant. The Hubmen have forced four fumbles and have two interceptions in their two wins.

Junior Mack Schmidt leads the Hubmen with 24 tackles in the first two games (13 solo), while sophomore Elijah Briese has 21 tackles.

Senior Owen Montreuil and Sivilay each have 15 tackles, while senior Dustin Heuer has recorded 14 and sophomore Leo Siekmann has 13.

Smith and Montreuil each have interceptions, while Schmidt, juniors Ben Swanson, Marcus Karsky and Benjamin Barnett each have forced a fumble.

Sophomore Charlie Vale has hit on 10 of 14 extra points for Jordan in the first two games.

Jordan's home opener is set for Sept. 17 against Fairmont at 7 p.m. The Hubmen shouldn't be looking ahead, but Oct. 15 is another game against Marshall, which will be played at Southwest Minnesota State University.

Marshall has been Jordan's nemesis since 2015. In 2019, Jordan lost 31-20 to Marshall in the section semifinals. Last year, Marshall topped the Hubmen 14-10 in the playoffs.

Section 2AAAA features Marshall and Jordan, but also Hutchinson, Faribault, St. Peter and Willmar as well. Hutchinson has been a state participant four times since 2012. Willmar was the Class 4A state runner-up in 2018.

So nothing will come easy for Jordan in the second half of its season and into the playoffs.