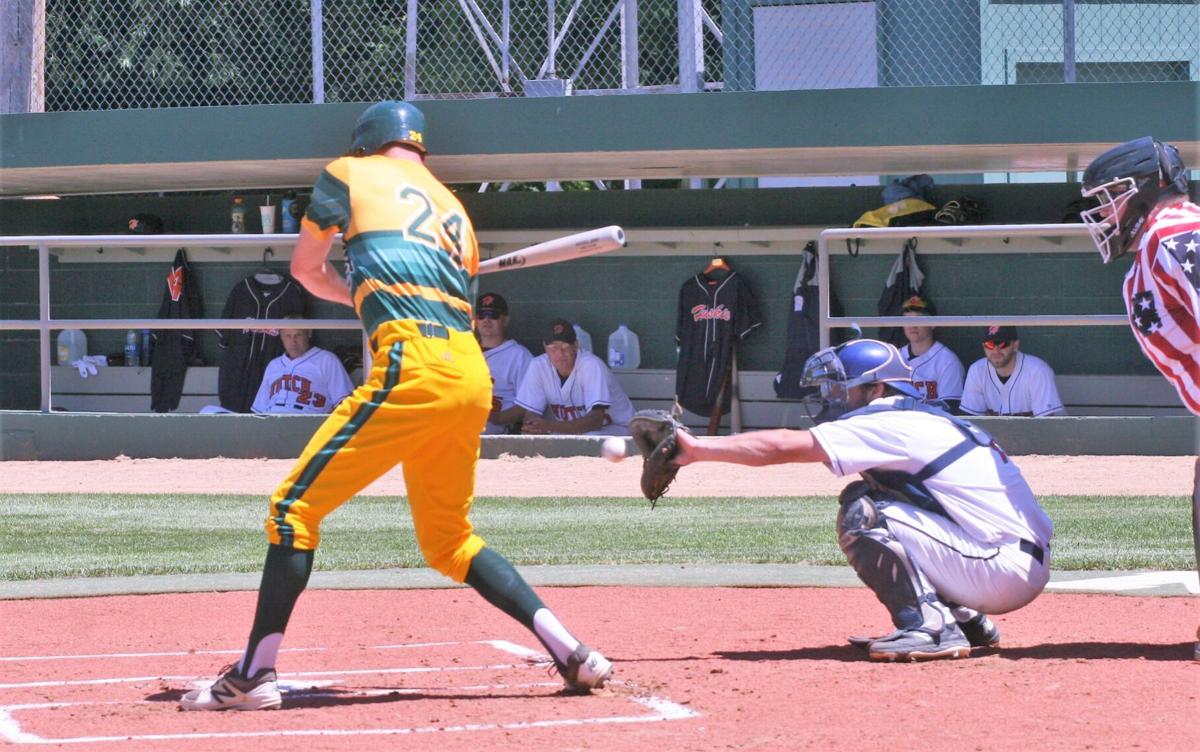 Joe Lucas hit a lead off home run for the Brewers against Belle Plaine. 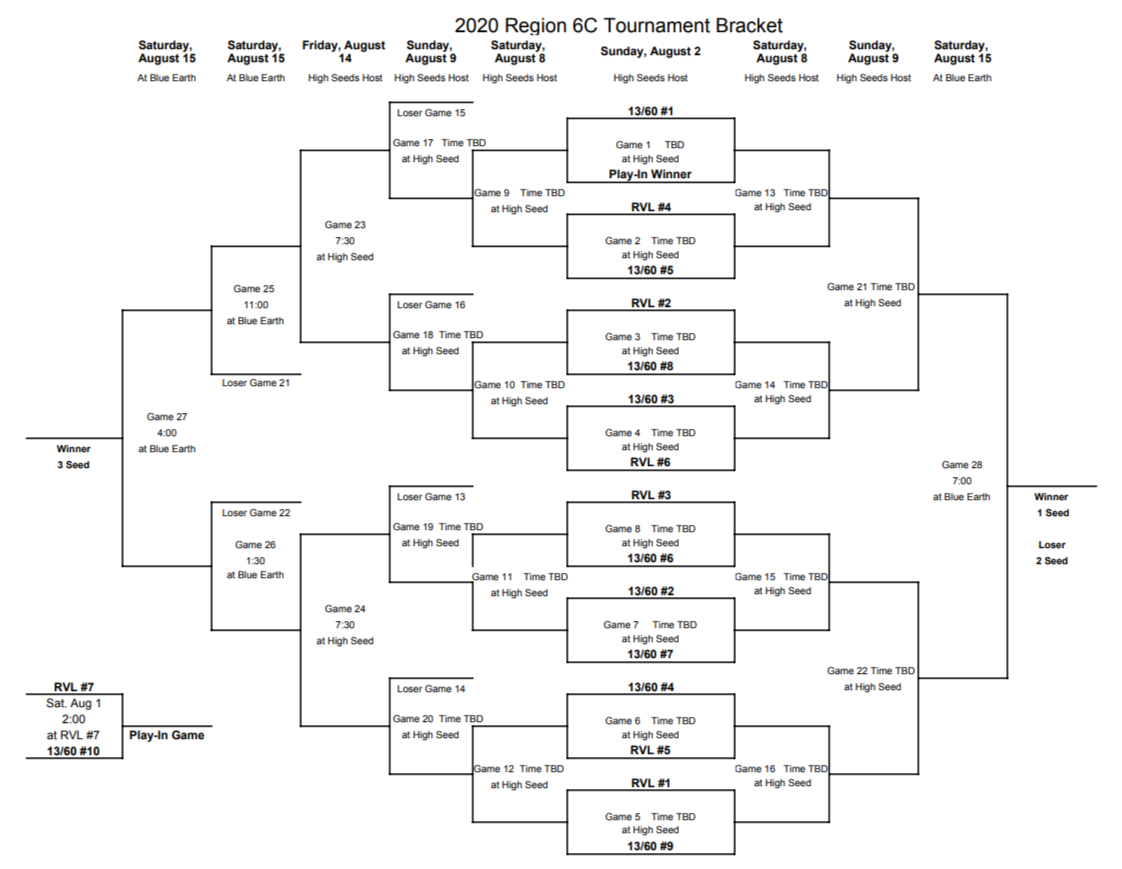 Joe Lucas hit a lead off home run for the Brewers against Belle Plaine.

With a busy and well-played stretch of baseball, the Jordan Brewers put themselves in a good position for the top seed in the upcoming playoffs.

Jordan won five River Valley League games in six days to propel themselves to the top of the RVL standings.

With one game left on the schedule, Jordan sits at 10-1 in the RVL and in first place. St. Peter is in second place at 8-2 and those two teams play on Tuesday night with first place possibly on the line. St. Peter plays Le Sueur on Monday night.

Either way Jordan will be one of the top two seeds in the Region 6C playoffs that start on Sunday.

That busy stretch of baseball ended on Sunday night with the Brewers defeating Belle Plaine 5-4 at Tiger Stadium in Belle Plaine.

In a well-played game, the Brewers scored two runs in the first and ninth innings to hold the Tigers at bay.

Joe Lucas started the scoring for the Brewers with a leadoff home run for a 1-0 lead. Jordan went up 2-0 in the first inning when Scott Hollingsworth drove in Devyn Ulibarri.

Belle Plaine cut it to 2-1 in bottom of the first inning.

The score remained 2-1 until the fifth inning when Lucas scored on a Hollingsworth ground out to make it 3-1.

Belle Plaine tied it at 3-3 with a run in the fifth and seventh innings.

Lucas and Hollingsworth broke up the tie in the top of the ninth inning to give Jordan the 5-3 lead.

Lucas led the inning off with a double and scored on Ulibarri's single. After Ulibarri was thrown out at second, Hollingsworth hit a solo home run to push the lead to 5-3.

Belle Plaine scored once in the bottom of the ninth but pitcher Steven Beckman closed the door for the 5-4 win.

Prior to that win, Jordan got wins against Arlington, St. Peter, Gaylord and Le Sueur in four straight days.

The win streak started with a 14-1 win against Arlington last Tuesday night and ended with a 9-4 win against Le Sueur on Friday night.

In between they topped St. Peter 3-0 last Wednesday and Gaylord 5-3 on Thursday.

In the win against St. Peter, Nate Beckman threw the complete-game shutout for the Brewers. In nine innings of pitching, Beckman gave up just six hits and struck out six batters.

Offensively, Jordan scored single runs in the first, fifth and sixth innings on RBIs from Lucas, Hollingsworth and Alex Beckman. Lucas hit a home run in the fifth inning.

Against Gaylord, the Brewers got revenge for its only RVL loss of the season when they won 5-3.

Kyle Hvidsten gave the Brewers a 1-0 lead with a one-out home run in the first inning.

Jordan built the lead to 5-0 two runs in fourth and sixth innings. Hollingsworth drilled a two-run home run in the sixth inning and finished the game with four RBIs.

Gaylord rallied for three runs in the top of the ninth inning and had the tying run at the plate but Marshall Mazanec came on in relief to get the final two outs of the game.

Hollingsworth started on the mound and pitched into the ninth inning giving up five hits and striking out 14. One of those strikeouts was his 1,000 career strikeout for the Brewers.

With the amateur baseball playoffs starting all over the state this weekend, the goal is qualify for the Minnesota Baseball Association state tournament.

The council voted 5-0 on Friday in a special meeting to withdraw as the 2020 state tournament host.

That reversed a 3-2 decision by the council July 7 to allow the state tournament to be held at New Ulm's Johnson Park and Mueller Field.

The Minnesota Baseball Association has not announced where and if the state tournament will go on.