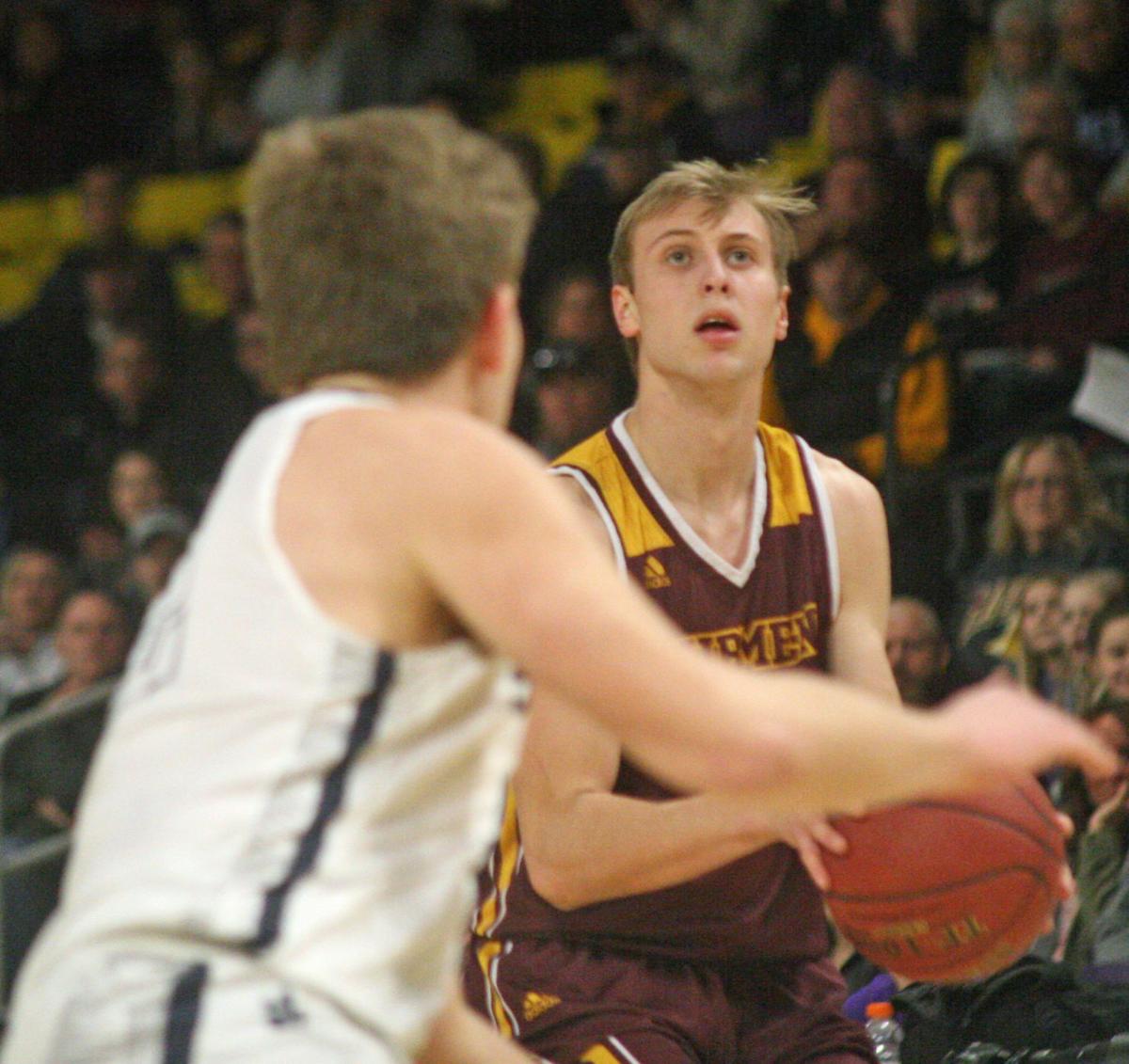 Senior Ryan Samuelson returns after averaging almost 20 points per game as a junior. 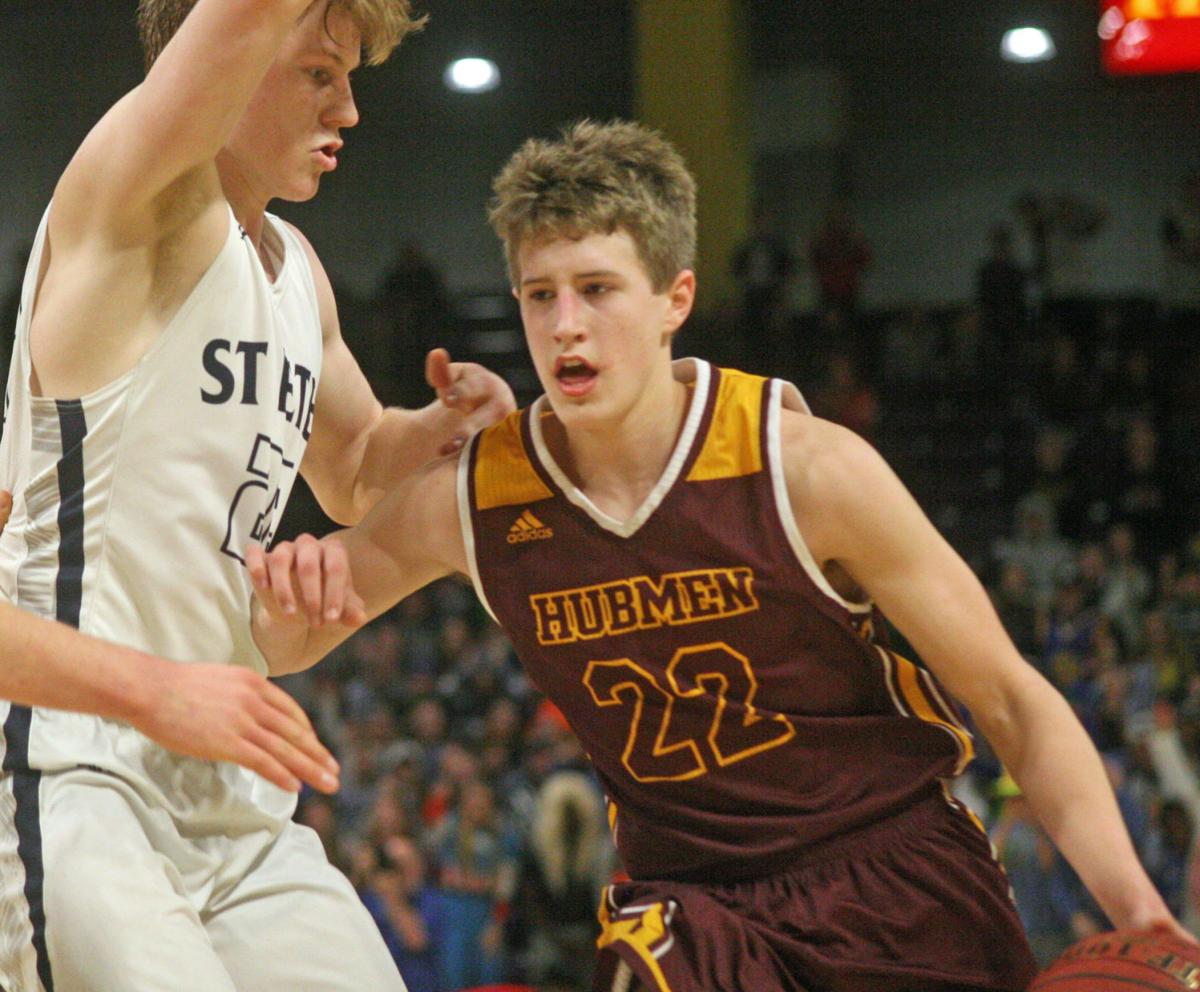 Reagan Koch and the Hubmen start the season on Friday at home.

Senior Ryan Samuelson returns after averaging almost 20 points per game as a junior.

Reagan Koch and the Hubmen start the season on Friday at home.

Jordan head coach Matt Urbanek and his Hubmen players have built a strong boys basketball program the past few years and they have had a lot of success and that success is expected to continue this season.

Jordan is coming off a season where they went 23-4 and played in the section championship game. Two years ago, they qualified for the Class 2A state tournament.

"Our players have built a strong tradition and culture of great effort and hard-nosed defense, along with unselfish and up-tempo play on offense," Urbanek said. "We expect that culture to continue each year as we incorporate new players into what we are doing. The names and players might change but the culture stays the same and our expectations remain high."

With that much experience and talent returning, Jordan should once again be in the hunt in the Minnesota River Conference and in the section.

"I never make a prediction regarding number of wins or things of that nature," Urbanek said. "Our goal each year is to improve steadily throughout the year and to be playing our best basketball at the end of the season. We hope to make some noise in the playoffs."

Jordan's strong play of late has gotten notice around the state as they start the season ranked No. 9 in the Class 2A preseason poll.

Urbanek said the Hubmen will continue to play the same way they have in the past with an emphasis on playing up-tempo and fast with strong defense.

"We have depth and athleticism on the perimeter, and we think that style will take advantage of our strengths," he said. "We want to create a hectic and fast-paced game with a high number of possessions. We will look to pressure the ball and create turnovers on the defensive end in order to ignite our transition game."

Koch returns as the team's primary ball-handler after averaging nearly 12 points per game as a sophomore. Urbanek also said Ashton Sivilay will get time playing the point guard this season.

Samuelson returns to as the team's primary scorer after averaging 20 points per game last season.

"Ryan has improved and added elements to his game each year," Urbanek said. "We will look to him to set the tone with leadership and effort on both ends of the floor. This year we will look for him to be a much more vocal leader on the floor."

"Our depth is on the perimeter, so we will experiment with some lineups that include four guards," Urbanek said. "That will also play into our strategy of playing fast on offense and creating turnovers on defense. Our post players are not as tall as in past years, but they are extremely strong and we will look for them to provide a physical interior presence for us. We are excited by our depth, and we intend to use it to our advantage."

Jordan will take that depth out for a spin when it opens the season on Friday by hosting Maranatha Christian Academy at 7 p.m.

Getting back to state won't be easy as the Class 2A preseason No. 1 ranked team in the state, Waseca, is now in the same section as Jordan.