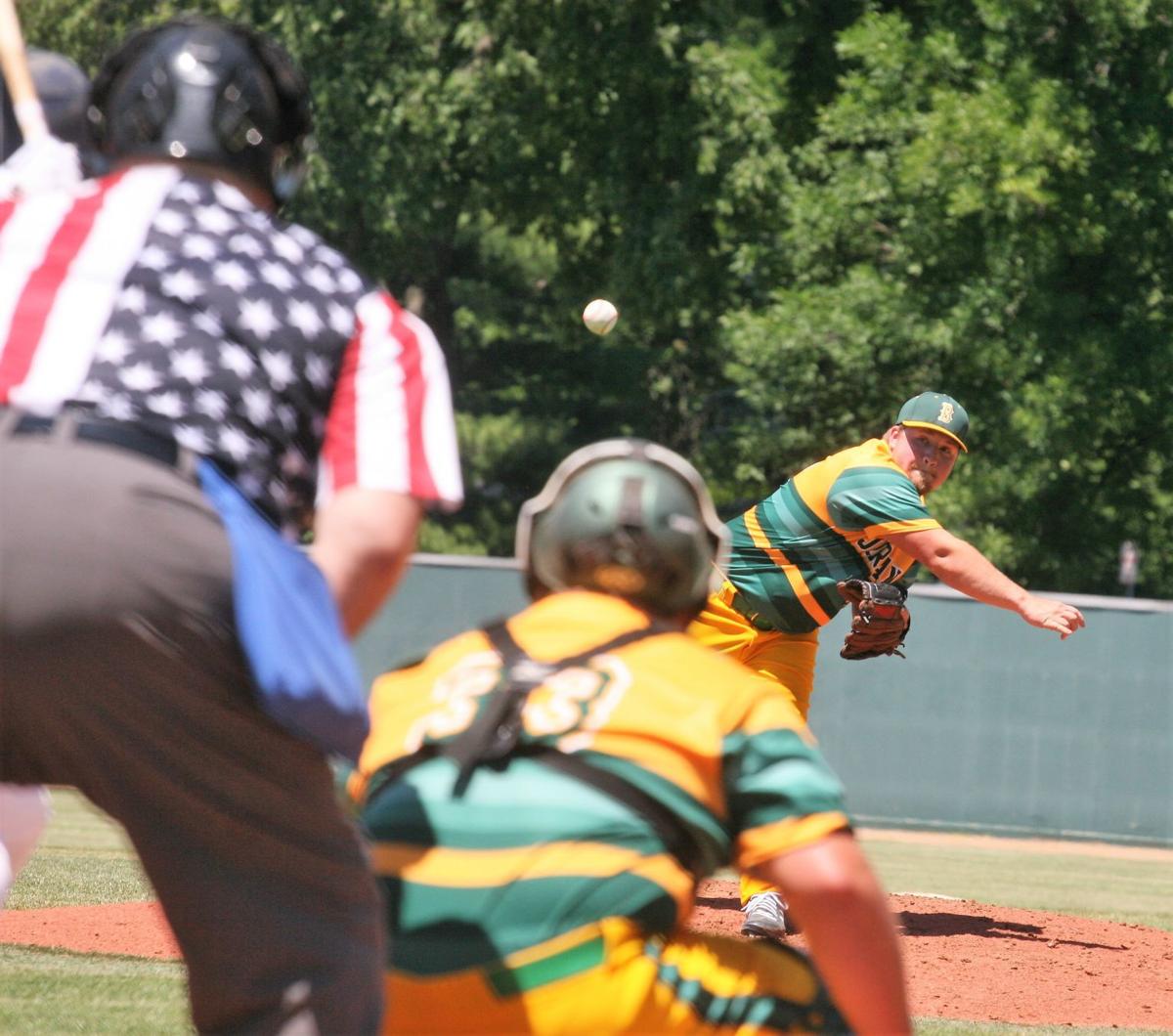 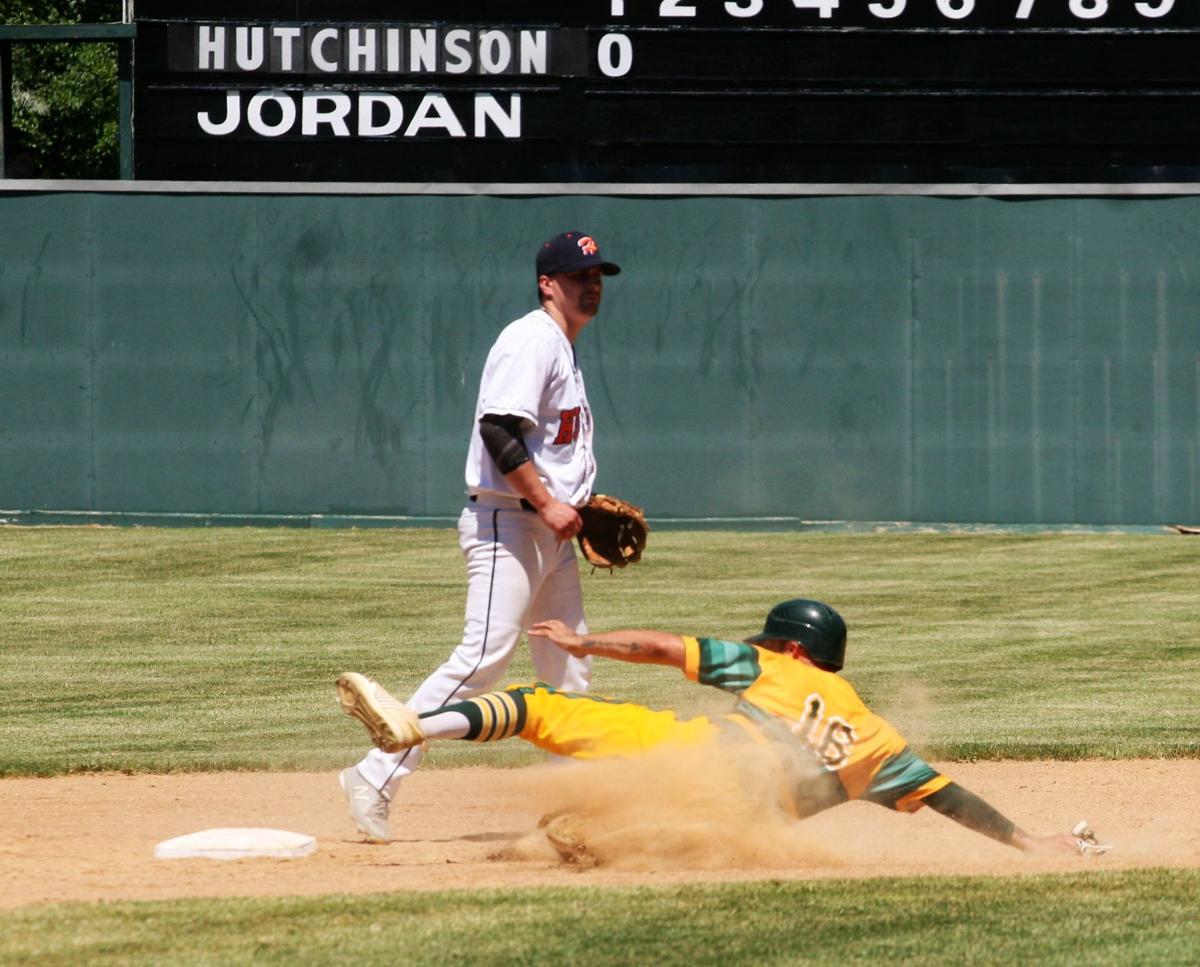 Devyn Ulibarri slides safely steal second base for the Brewers against Hutchinson.

Devyn Ulibarri slides safely steal second base for the Brewers against Hutchinson.

In their first official game of the season, the Jordan Brewers didn’t win or lose.

They earned a hard-fought tie with Hutchinson on Saturday at the Mini-Met to start the season. (The Brewers did play two exhibition games before this game.)

The Hutchinson vs. Jordan game kicked off a tripleheader of action at the Mini-Met and after 11 innings the two teams agreed to call it a tie as both teams had another game to play later that day.

“That was Hutchinson’s first game of the summer and we didn’t want anyone to go too long on the mound and get hurt,” Brewers manager/player Scott Hollingsworth said. “We actually should have ended it a few innings earlier, but didn’t think of it as we were all caught up in the game. But is was a mutual agreement. Actually the Hutch coach said we can settle this game next year at Target Field. Referring to our game that is postponed until the 2021 summer.”

Jordan capped off the opening day of games with a 3-2 win against Bird Island.

In the tie with Hutchinson, the Brewers trailed 4-0 heading to the bottom of the sixth inning of the scheduled seven inning game.

Jordan rallied to score five, two-out runs to go up 5-4 heading into the final inning.

The Brewers cut the lead to 4-1 when Scott Hollingsworth scored on an Hutchinson error.

Alex Beckman made it 4-2 with an RBI single and after another Hutchinson error the lead was cut to 4-3.

Nate Beckman delivered with a pinch hit single which plated two runs and gave the Brewers the 5-4 lead.

Hutchinson tied the game at 5-5 with a one-out triple that brought in the tying run in the top of the seventh. Nate Beckman came on in relief and stranded the winning run at third and sent the game into extra innings.

Both teams had chances to score in the extra innings with the Brewers having a runner thrown out at home in the ninth inning and both teams loading the bases but failing to score in the 11th inning.

The game was called a tie after the 11th inning.

Hutchinson defeated Bird Island 3-1 following the tie while Jordan would cap off the night with a 3-2 win against Bird Island.

The Brewers tied it up with a run in the sixth and won it in the seventh inning when they loaded the bases and Devyn Ulibarri was hit by a pitch to plate Payton Case for the 3-2 win.

Jordan went up 1-0 in the first inning when Steven Beckman scored on Nate Beckman’s RBI single.

After falling behind 2-1 in the fifth inning, Jordan tied it in the sixth inning on Micheal Vohnoutka’s RBI single.

Jonathan Draheim earned the win on the mound by pitching a scoreless seventh inning for the Brewers.

“We played pretty well and got the opportunity to get some more playing time for some of the guys new to the team,” Hollingsworth said. “We are working on building up the arms so we are ready by the time playoffs start.”

The Brewers have one game this week but are busy after the Fourth of July.

They host a doubleheaders on Sunday, July 5 against Henderson. Game times are 5 p.m. and 7:30 p.m.

They follow that up by hosting Le Sueur on Monday, St. Clair on Tuesday and than travel to Arlington on Wednesday.

They wrap the week up by playing Belle Plaine on Friday night at the Mini-Met.