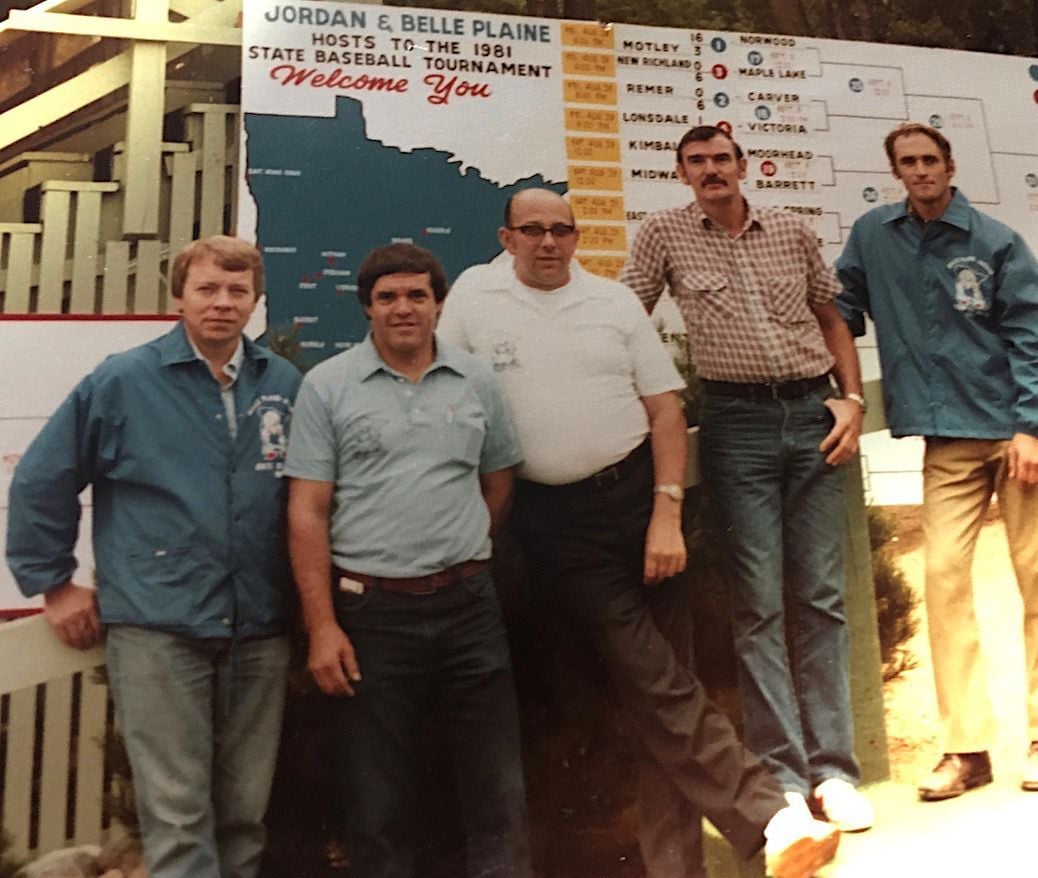 John Breimhorst (second to left) and his colleagues help run the Minnesota Baseball Association state amateur baseball tournament in 1981 at the Mini Met in Jordan. 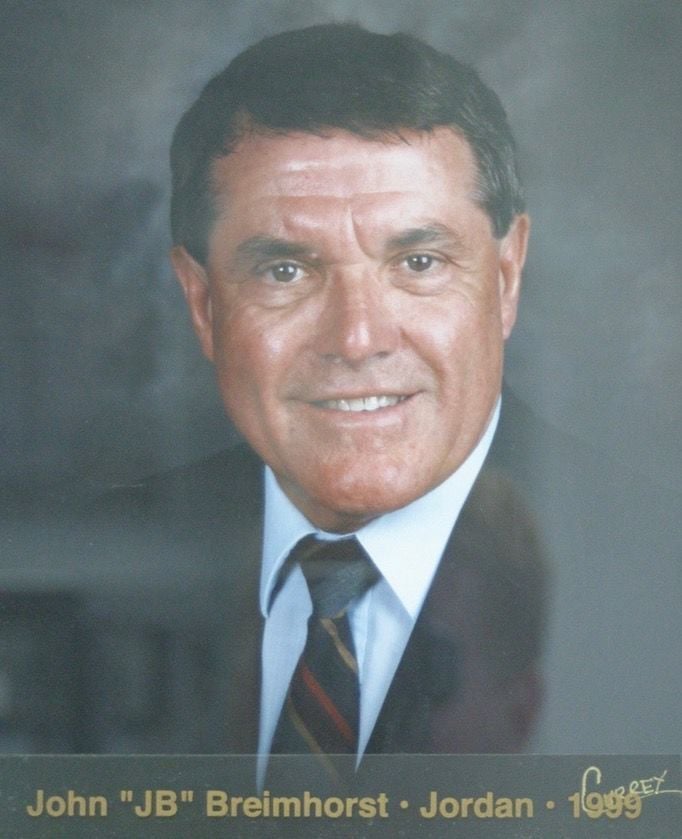 John Briemhorst was inducted into the Minnesota Baseball Association’s Hall of Fame in 1999. The Jordan native is now 82 years old. 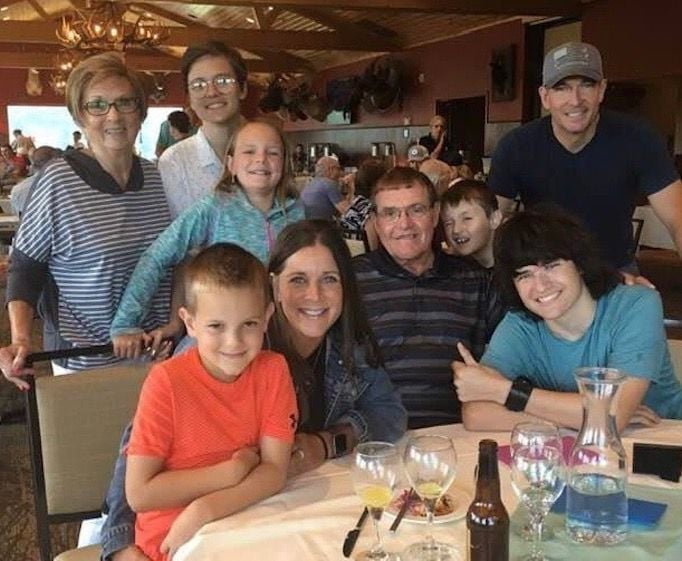 John Breimhorst is pictured with his wife Wanda, two children and five grandchildren at his 81st birthday party. 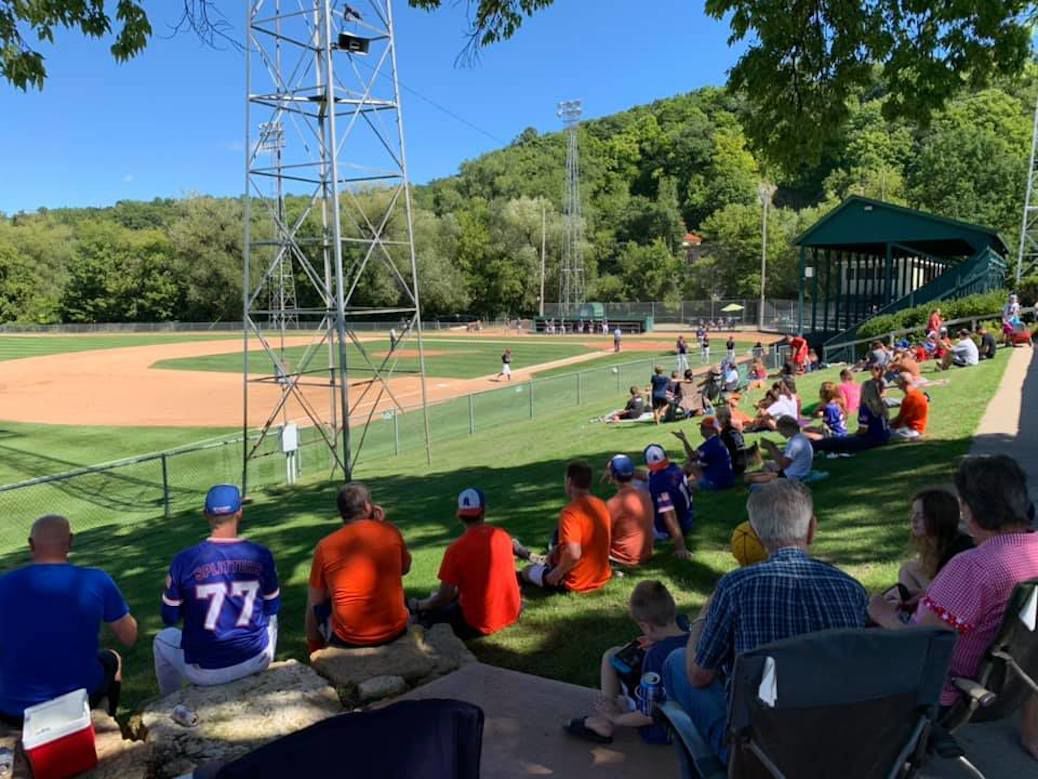 The Mini Met in Jordan has been the site of the Class A state baseball tournament every June since 2000. The historic field has also hosted multiple MBA, VFW and American Legion state tournaments over the years as well.

John Breimhorst (second to left) and his colleagues help run the Minnesota Baseball Association state amateur baseball tournament in 1981 at the Mini Met in Jordan.

John Briemhorst was inducted into the Minnesota Baseball Association’s Hall of Fame in 1999. The Jordan native is now 82 years old.

John Breimhorst is pictured with his wife Wanda, two children and five grandchildren at his 81st birthday party.

The Mini Met in Jordan has been the site of the Class A state baseball tournament every June since 2000. The historic field has also hosted multiple MBA, VFW and American Legion state tournaments over the years as well.

The Breimhorst family has been part of baseball in Jordan for about 100 years.

And John Breimhorst has been at the center of all the action, whether playing, working at the the city's historic ballpark or serving on the board for amateur baseball.

What keeps the 82-year-old Breimhorst involved in Jordan baseball?

"Pride," he said. "That's probably the biggest reason, pride in my community and my love for baseball."

In 1999, Breimhorst was inducted into the Minnesota Amateur Baseball Association Hall of Fame. His uncle Bill was a 1983 inductee.

The MBA Hall of Fame was established in 1963 to honor those who have dedicated their lives to amateur baseball through playing as well as work in the community to keep the game thriving.

Breimhorst and his uncle are two of four Jordan natives inducted into the MBA Hall of Fame. The other two are Jon Bruenig (2008) and Duane Gaulke (2011).

Breimhorst played high school baseball for Jordan in the 1950s, graduating in 1956. He followed playing amateur baseball in the city for multiple teams, including the Jordan Brewers and the Jordan Millers, the over-35 squad.

He was also a banker in Jordan for 32 years and worked for Wolf Motors for another 25 before retiring. Now he spends a lot of time at the Mini Met, the ballpark that's been a fixture in Jordan since 1935.

"When I grew up in Jordan, the town had about 1,500 people in it," Breimhorst said. "Now, there's about 8,000. It's become more than just a little rural, agriculture town. There was a time when I knew everyone in Jordan. That's not the case anymore."

If you play or enjoy Jordan baseball, there's a good chance you know Breimhorst or know who he is. He's at the Mini Met pretty much daily during the season, helping with the day-to-day operations, serving on the board and working with field maintenance crew, among other things.

When Breimhorst played at the Mini Met, it was called Fairgrounds Park. The park was part of the old Scott County Fairgrounds.  The wooden grandstand was initially designed for musical acts and livestock reviews. The Scott County Fair moved its location to St. Lawrence Township in 1973.

When the wood in the grandstand started to rot at the Mini Met, the city didn't tear it down. Instead, it spent $83,000 on improvements.

The Mini Met is not just the home to high school and amateur baseball teams in Jordan. The Class A state baseball tournament has been played there every June since 2000, and the field has hosted multiple MBA, VFW and American Legion state tournaments over the years.

"The Mini Met is considered one of the nicest fields in the Upper Midwest," Breimhorst said. "I've been there my whole life. I remember going there with my dad and grandpa when I was kid. I have a long history there; our family has a long history there."

"He'd help us our financially with baseball and the park," Breimhorst said. "We got to be good friends with him. He and his brother came out to a game in 1969 and he loved the park. He said: 'This looks like a Mini Met.' That's how the name came about."

The Twins in 1969 played at Metropolitan Stadium in Bloomington. The Twins left for the Metrodome in Minneapolis in 1982 and the Mall of America eventually replaced the "Old Met."

Don't bet on the Mini Met being replaced by a strip mall anytime soon. Jordan is bidding on trying to get the MBA state tournament back to the Mini Met in 2023, which would be the 100th anniversary of state amateur baseball.

Breimhorst serves as the Class B Section 3 Commissioner for the MBA. He's been part of the MBA for 33 years.

Breimhorst's younger brothers Ed and Albie were also ballplayers in Jordan. Ed still lives in the city, while Albie now resides in Shakopee.

There's also five total grandchildren between Breimhorst's and his wife Wanda's two children and all them have some point have played or are playing baseball or softball in Jordan.