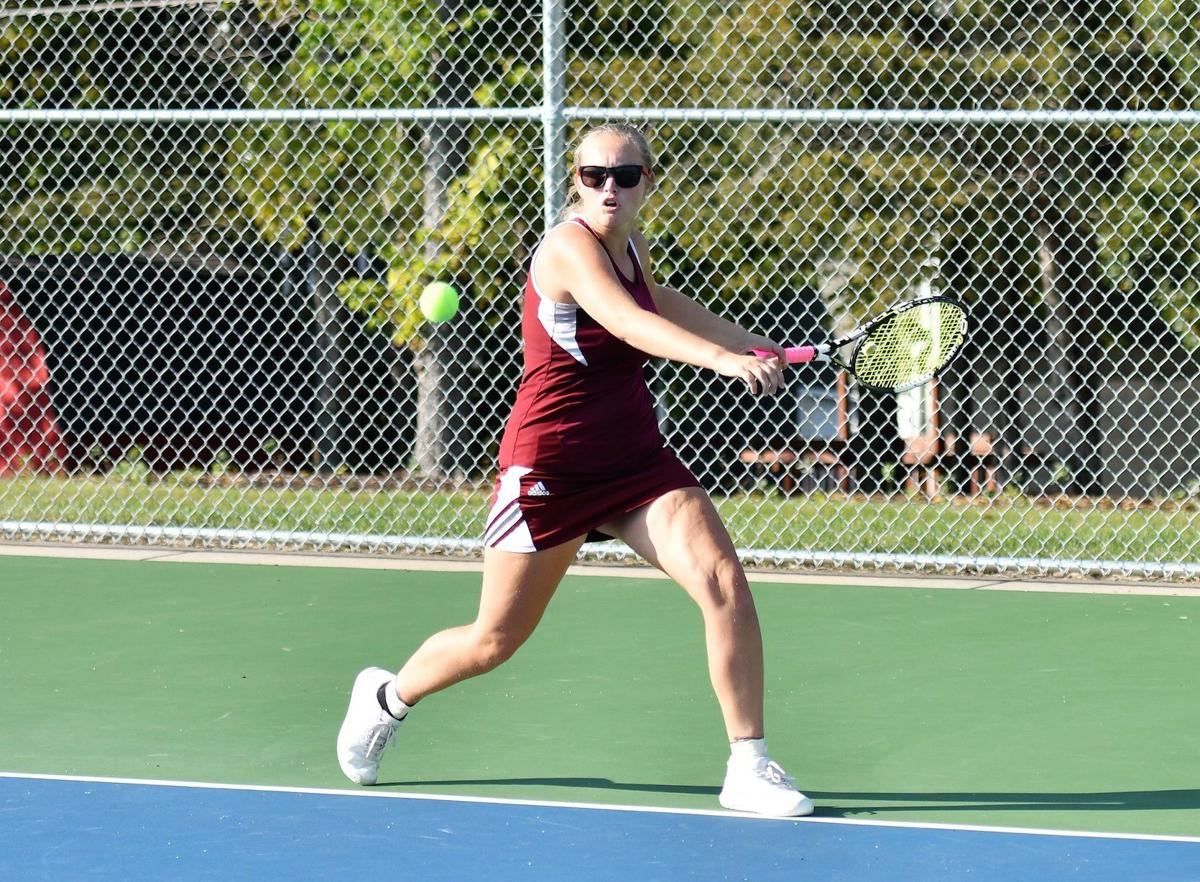 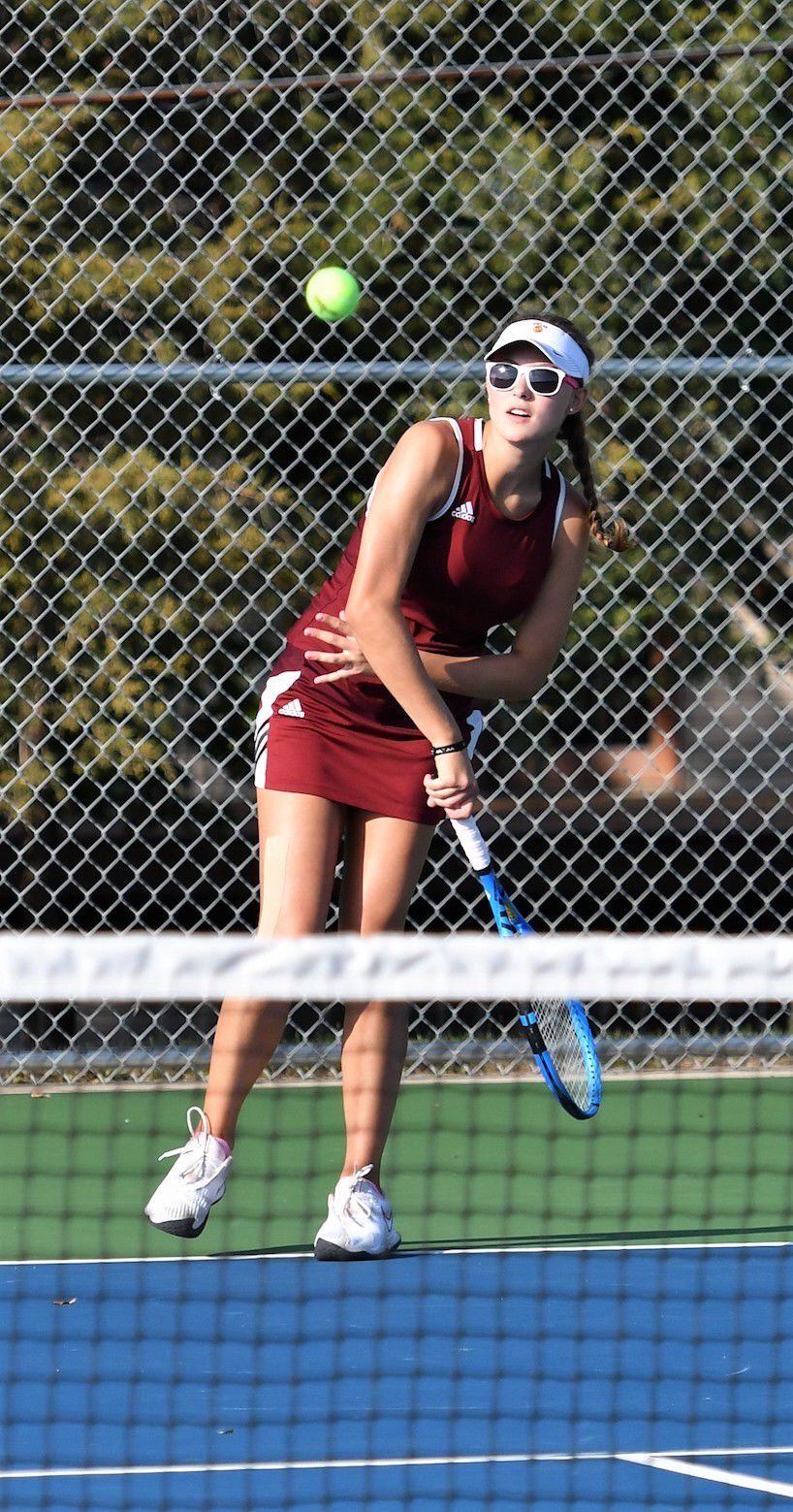 Jordan senior Ella Bounds earned honorable mention honors in the Wright County Conference for her played on the courts this fall.

Jordan senior Ella Bounds earned honorable mention honors in the Wright County Conference for her played on the courts this fall.

Strong senior leadership was instrumental for the Jordan girls tennis team in navigating through a difficult season.

The Jaguars held their own in the court in their first season in the Wright County Conference and in their second in Class 2A, while also dealing with the distractions of the ongoing coronavirus pandemic.

Jordan finished 7-6 overall, including 1-1 in the Section 2AA playoffs. The fourth-seeded Jaguars earned a 6-1 win over fifth-seeded New Prague in the first round of South Sub-Section play Oct. 6, before falling 5-2 to top-seeded Hutchinson in the next round.

“These seniors have been playing tennis as long as I’ve been coaching in Jordan, and it’s been rewarding to watch them mature into athletes who truly respect their teammates and their opponents," Jaguars coach Jill Bailey said. "Some tennis players excel in singles and some in doubles, but then there are a few on every team who are versatile enough to play wherever and whenever they’re needed."

Junior Emily Randolph played No. 1 singles for the Jaguars this fall and earned all-conference honors. Hanson played a lot in the No. 3 singles spot.

"It’s always a good feeling for a coach when you know you can count on certain players to pull through for the team," Bailey said about her singles players.

Bolster, Cook, Pekarna and Draheim led the doubles teams. Bolster and Cook teamed up at the top spot most of the year, while Pekarna was usually in the No. 2 spot with Draheim at No. 3.

In singles, Bounds made her mark in the No. 2 spot most of the fall, earning all-conference honorable mention honors, and she also played some at No. 1 doubles. Ninth-grader Mak Haugen was also a versatile player for the Jaguars playing doubles and singles.

Sophomores Cora Wulf, Jenna Elsenpeter, Trinity Thorstad and Dyllan Wellhausen and ninth-grader Evy Menden will be ones to match next fall for Jordan as they try to make their into the varsity lineup.

"In spite of all the adjustments this team had to endure, I couldn’t be prouder of how they played with what they had been dealt," Bailey said. "They played with purpose and intensity against some really tough competition, as well as wore masks and were socially distant when necessary.

"It was definitely a season to be remembered," Bailey added. "We succeeded in the face of a variety of unknowns."