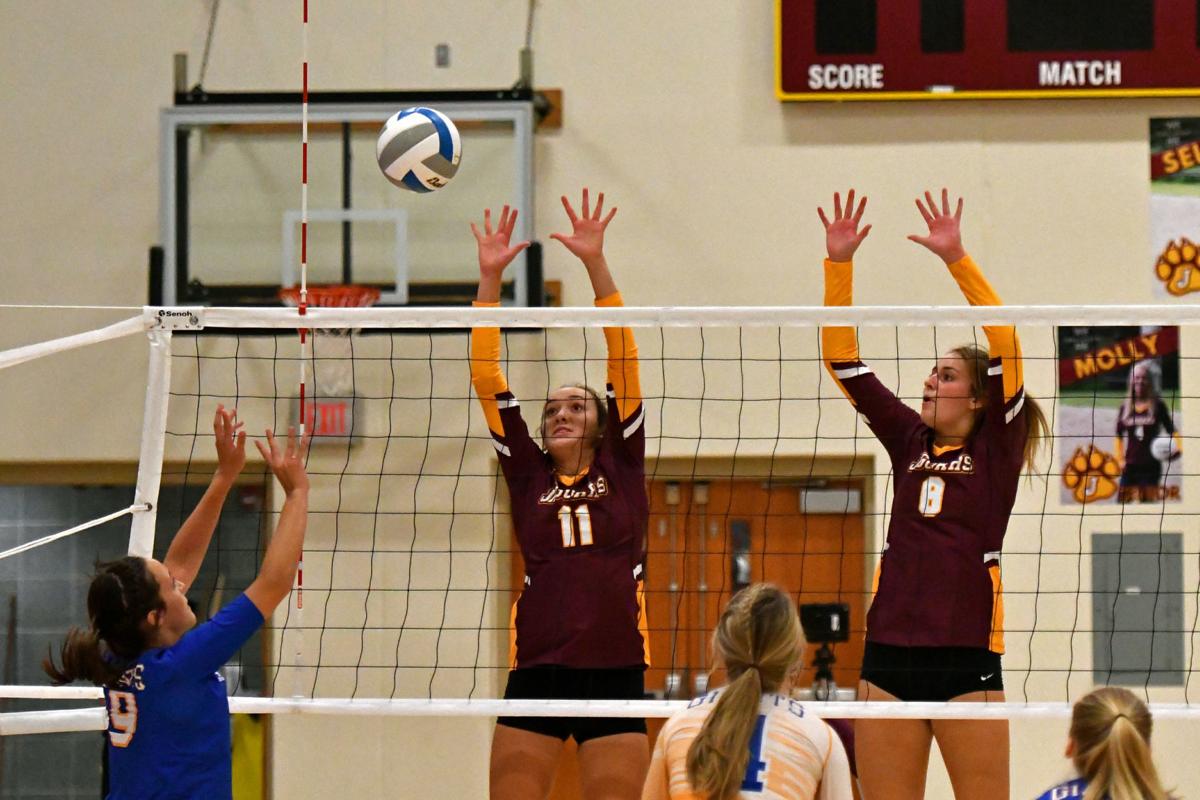 Morgan Nawrocki (No. 8) and Ella Mahto go up for a block attempt against Le Sueur-Henderson. 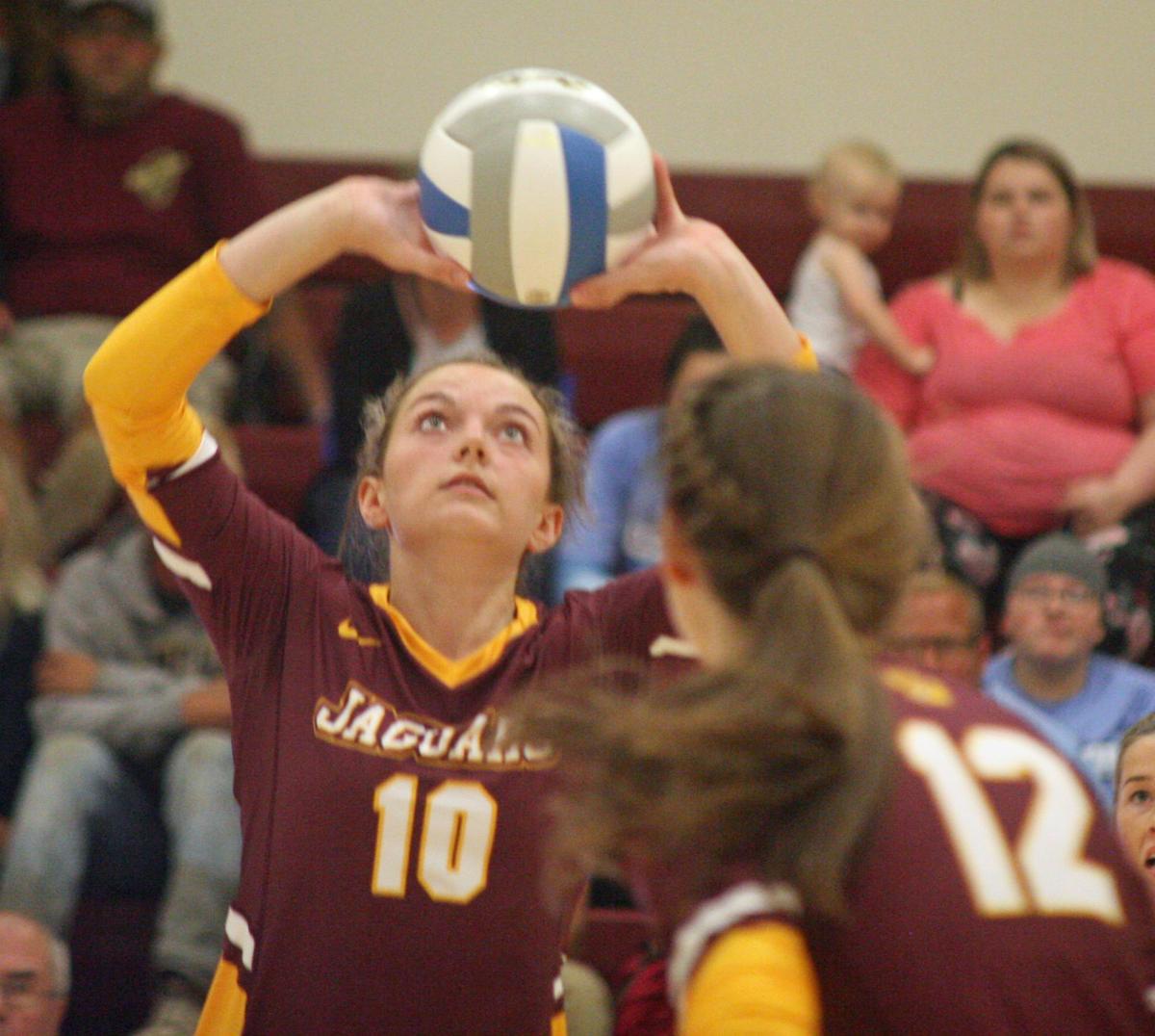 Setter Lizzie Horton sets up a teammate for a kill attempt.

Morgan Nawrocki (No. 8) and Ella Mahto go up for a block attempt against Le Sueur-Henderson.

Setter Lizzie Horton sets up a teammate for a kill attempt.

The Jordan volleyball team finished in fourth place in its first tournament of the season.

The Jaguars won its first two matches of the tournament to reach the semifinals before dropping the last two matches to finish fourth.

“The team played very well in the four games that they played,” head coach Taylor Sonie said. “I thought they played hard and smart throughout the tournament. The girls have started to play together and as a team. It is really exciting to see that happen for them because they are very hard workers.”

They opened the tournament with a dominating 25-11, 25-14 victory against Delano in the first round.

They followed that up with tight win against Elk River in the quarterfinals.

In the semifinals, Jordan lost to Osseo 18-25, 12-25 to be sent to third place match against Hutchinson.

Fellow Minnesota River Conference member Mayer Lutheran would win the championship with a 25-12, 26-24 win against Osseo in the finals.

“The team has done a lot of things well,” Sonie said. “They have been open to my ideas as a new coach, they have listened and learned a lot so far this season, and lastly they are very hard workers on and off the court. They want to be a special team and do great things and I think they can.”

Jordan went into the Farmington tournament with momentum as it earned a big win against Le Sueur-Henderson last Thursday night at Jordan High School.

“The Le Sueur game was very exciting,” Sonie said. “I think that the girls were confident and calm during pressure situations, which is key in the game of volleyball. They have to learn to love the pressure. For me as a coach that was my first five set match so that was exciting for me because I think the girls fought really hard and learned a lot from that game which gave us confidence going into the Farmington tournament.”

The win against Le Sueur and the 2-2 record and the tournament brings the Jaguars season record to 4-6 on the season and 1-1 in the Minnesota River Conference.