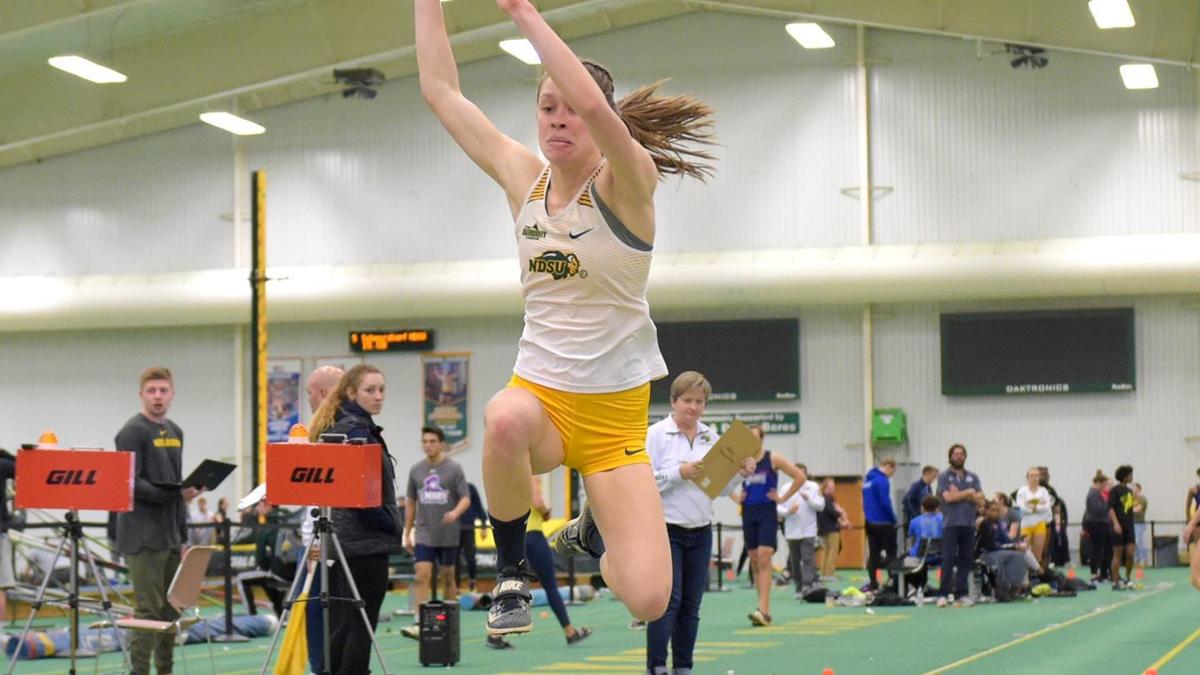 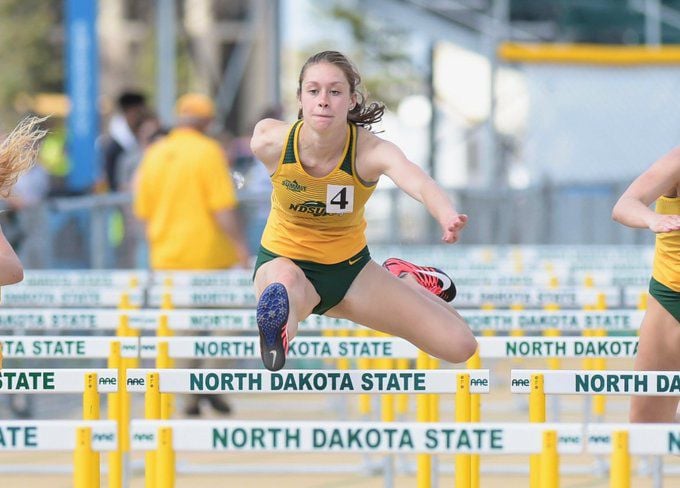 Jenna Kes transitioned to the pentathlon and heptathlon after her freshman season at North Dakota State University. 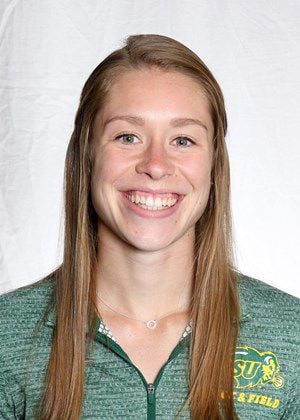 Jenna Kes transitioned to the pentathlon and heptathlon after her freshman season at North Dakota State University.

All three were achievements in their own way but the state title she won her junior year is the one that people remember.

Kes came into the 2016 state track meet as the person to beat in the triple jump. Not only was she the defending triple jump state champ, she also had the longest qualifying jump that year by over a foot.

Kes had one last jump and was the last competitor left when she took off to try to repeat as state champ.

The jump was perfect and was long but was it enough?

"They all stand out in their own way, they were all so different," Kes said. "My junior year — it was really exciting and it came down to the last jump and I just went out and did it."

Kes won her third state title in 2017 her senior season.

Those accomplishments caught the eye of the college track coaches around the Midwest and Kes picked North Dakota State University to take her talents to.

"I absolutely love it up here," Kes said. "The school is fantastic. The whole town just loves Bison athletics. The track is full for home meets."

"Personally, I had a personal best in my overall pentathlon score which was pretty cool," Kes said.

She scored 3,554 points to finish third while finishing first in the long jump and the 800.

After that Kes and the Bison were preparing for the outdoor track and field season but it was canceled because of the COVID-19 pandemic.

"We were geared up and ready to go. We had just won the indoor conference title and coming off that win and we were looking forward to the outdoor season, it was such a bummer."

Kes stayed in Fargo to finish up her junior year of school with online classes as she works towards a degree in nursing.

"It was a hard transition because I always liked the face-to-face actions with the teachers," she said of online learning.

Kes arrived in Fargo as a jumper and with experience in sprints and hurdles in high school.

For her freshman season, she concentrated just on the the long and triple jumps with success.

She finished third at the Thundering Herd Indoor Classic in the triple jump with a distance of 37-4.5 feet and won the triple jump title at the NDSU Outdoor Tune-up meet with a jump of 38-8.25 feet.

After her freshman season, her coaches approached her with a proposition for the upcoming track season and hopefully for the rest of her time on campus.

The coaches figured with her athletic ability and jumping and sprinting background she would be a force for the Bison in those events.

"They said they thought I would be good at it but I was very nervous about switching events," Kes said. "The switch went pretty smooth because we got a new coach so all the other athletes were dealing with it. I’ve really enjoyed it."

The biggest challenge of the switch was learning to train for all of the events especially the distant event and the shot put.

When she was just training for the long and triple jump the training consisted of sprint and jumping work day in and day out. Now it's completely different.

"Train for one event a day," she said. "It's kind of nice to have something different to train for each day."

She really had to dig into the shot put training as she had never done that event before.

"Throwing shot put was really interesting," Kes said. "Shot put never looked that hard because its just throwing something but once you try it its really a challenge. It's so technical."

Besides training for all of the different events, Kes also had to adjust to the meets themselves.

"It was weird at first but the meets go much faster," Kes said. "We start early in the meets and that was kind of strange at first but you set the tone for the team for the meets."

For now, she can't compete in the outdoor season but is staying prepared to have the best possible senior season in both the indoor and outdoor track seasons.

"We can’t train with our coaches right now, so I train with my roommates and we go on runs together," Kes said. "Coaches create workouts for us in the summer and I will just follow those pretty closely."