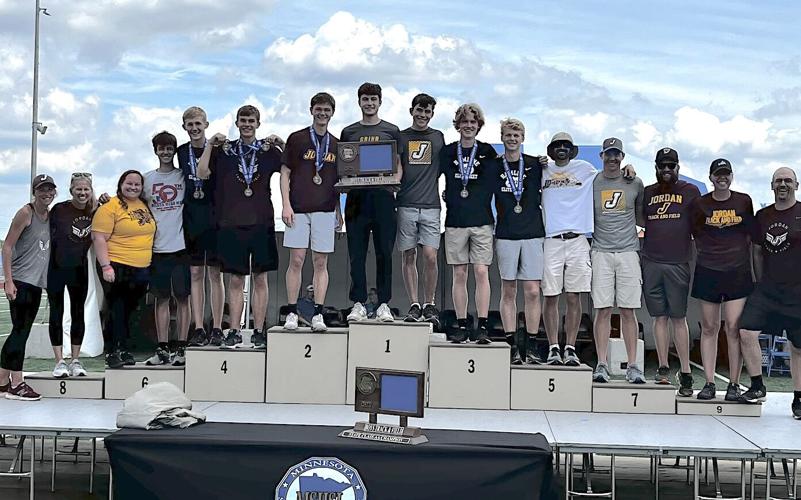 The Jordan boys track team finished third at the Class AA state meet June 11 at St. Michael-Albertville High School. The Hubmen had two relay state champions and one individual winner, while the Jordan girls had one individual champion. 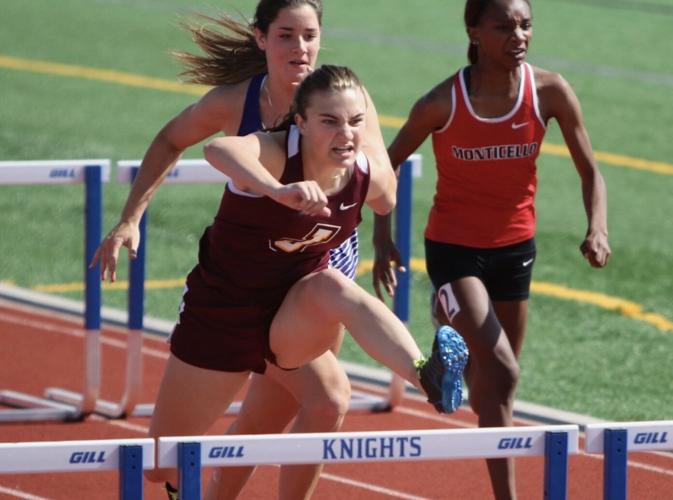 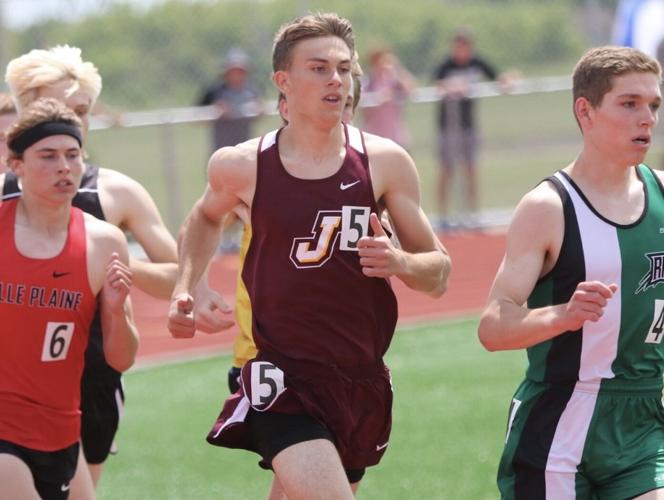 The Jordan boys track team finished third at the Class AA state meet June 11 at St. Michael-Albertville High School. The Hubmen had two relay state champions and one individual winner, while the Jordan girls had one individual champion.

It was a banner day for the Jordan boys and girls track and field teams at the Class AA state meet June 11 at St. Michael-Albertville.

The Hubmen returned home with two relay titles, an individual crown for junior Kaleb Sharp and a third-place finish in the team standings. The Jaguars had one individual champion in senior Jillian Hivlely.

“I’m very proud of this team for all that they accomplished this season,” Jordan boys coach Ben Nylander said. “They had lofty goals at the start of the season and they worked very hard to accomplish all of them. This team succeeded in true team, which is a measure of team depth, and they succeeded at the (Class AA) state championship, which is a measure of top-end talent.”

Seniors Isaac Young, Owen Montreuil and Aiden Langheim and Sharp broke their own school record in winning the boys 4x800 with a time of 7:52.72.

Montreuil, Young, Sharp and senior Will Major also set a new school record in winning the 4x400, coming in with a time of 3:22.20.

Sharp, who was a nominee for the state’s Mr. Track Award, also claimed the 800 meters with a school-record time of 1:55.37. Sharp edged Emmett Gerres of Blaine Plaine by .41 for the crown.

“It was so fun to see Kaleb and Emmett racing each other for the state championship,” Nylander said. “Going back to their first Minnesota River Conference junior high championship meet when they were in seventh grade, these two had an epic battle and have had a great rivalry and friendship ever since.

“It was really fitting to see those two great runners go one-two at state together,” Nylander added. “Emmett took the lead with about 200 meters to go and Kaleb countered with his own move as they entered the home stretch and was able to use his speed to get the win.”

The 4x800 relay was the first race in the finals for the Hubmen and all four members ran personal-best times. Young grabbed the lead on the second lap and Jordan the led the rest of the way.

“It capped the meet off with an exclamation point,” Nylander said. “Will flew by the field on the backstretch of the second leg and the team never looked back.”

Meanwhile, senior Joseph Hernandez finished seventh in the pole vault for Jordan with a height of 12-9.

St. Peter ended up winning the boys team title with 44 points, which was two better than Spectrum and five better than the Hubmen. Delano, Worthington, DeLaSalle and Faribault tied for fourth (30).

On the girls side, Hiveley and junior Kendra Krueger represented Jordan. The two combined for four top-five finishes, helping the Jaguars finish eighth in the team standings with 37 points.

Hiveley capped off her career by winning the state title in the 100 hurdles with a school-record time of 14.53. She was also runner-up in 300 hurdles, setting a new school mark there as well (43.58).

Hiveley competed at Prior Lake the previous three seasons. She was fourth in the 100 hurdles in the Class AA state meet last year. As a ninth-grader, she was eighth in the 300 hurdles and was part of the Lakers’ 4x200 relay team that was fourth.

There was no track season in 2020 due to the COVID-19 pandemic. This spring is also the first season of three-class track with Prior Lake competing in Class AAA.

Krueger made a run at the state in the 800 for the Jaguars. She ended up second with a school-record time of 2:13.92. She was .43 behind the winner, Calia Chaney of Pequot Lakes.